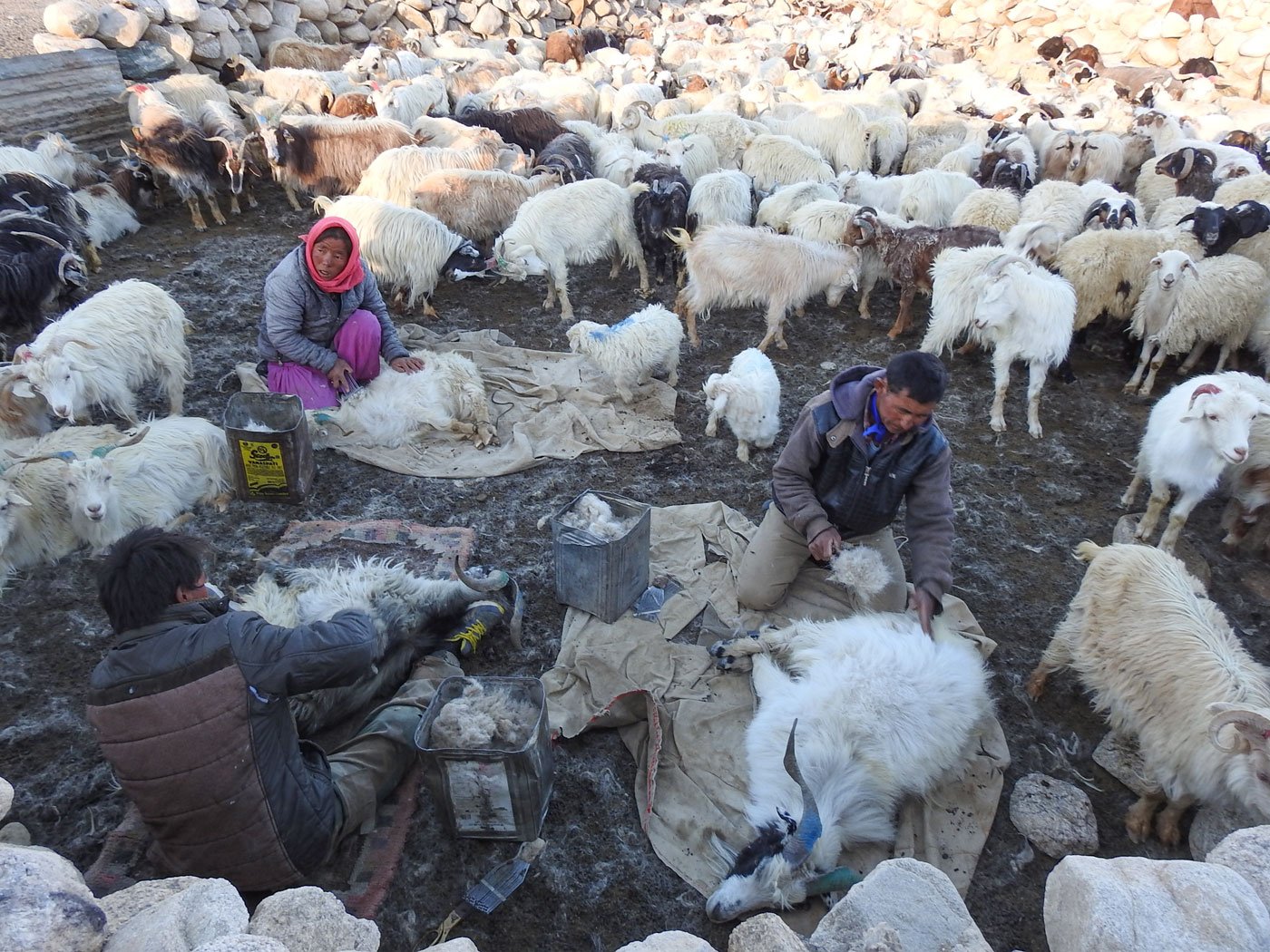 Predators and pastoralists: Shangdong to stupa

The documentary featured here records voices of Ladakh's pastoral communities. It speaks of how, in harsh conditions, herders try to protect their livestock from wolves, and the changes in this traditional approach

“During the breeding season the wolves attack our livestock inspite of the risk [of our presence], because the wolves have to feed their young,” say Tashi Phuntsog and Tundup Chosgail, both herders from Gya village. Their view of the wolves speaks of an understanding about the wild predators with which the pastoral communities share their space. But it is often overshadowed by the economic costs and emotional stress the community also faces due to the loss of their livestock, their only source of livelihood.

To safeguard their livestock and reduce the number of carnivores, the communities uses traditional structures known as shangdongs . Tashi Phuntsog and Tundup Chosgail say, “I recollect the practice from my childhood. In the month of October, it was compulsory for villagers to take turns and keep a sheep from one’s own herd inside the shangdong [as bait]. As a village duty, everyone took turns to feed the sheep or goat daily until January. Even if they didn’t own any animals, some grass and a can of water were fed daily. If any wolf was trapped, the person on feeding duty had to kill it.”

The documentary featured here, Shangdong to stupa, records the voices of people from pastoral communities in Ladakh. The film was shot in the summer of 2019 by young Ladakhi filmmakers Samten Gyurmet and Phuntsok Angchuk Pachuk. With a voiceover in the Ladakhi language narrated by Tsering Dolma, the film tells the story of an ancient tradition and the harsh conditions in the life of the pastoral community, which is often misunderstood.

The government and community-based organisations are setting up programmes to reduce the community-predators conflict and to provide financial relief to herders. This, coupled with the community’s ingrained philosophy of compassion and empathy, is creating conditions conducive for finding unique conservation solutions.

Watch the documentary: Shangdong to stupa

Narration (in order of appearance)