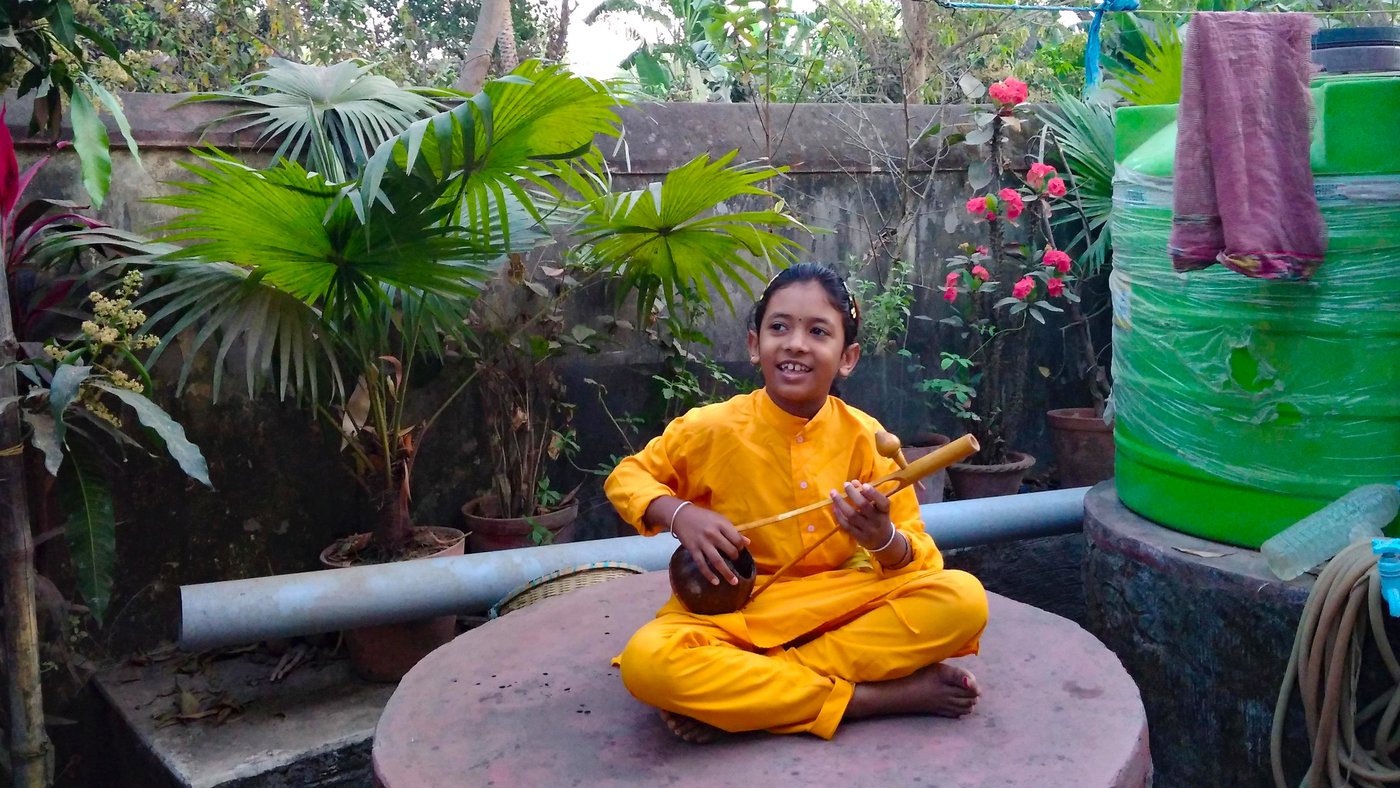 Barsha Garai has been practicing Baul singing since she was four years old. When we met her in August 2016, she was seven (and would now be eight and a half). She trains with Basudeb Das, a renowned Baul singer, who lives in the Santiniktan area of Bolpur. (See Basudeb Baul: singing the ballads of Bengal )

Barsha is from the nearby Shyambati village of Bolpur sub-division in West Bengal’s Birbhum district, a few minutes’ walk from her teacher’s house. She lives with her family – an older brother, her father, and a pet cat, Mini. Her mother, Krishna, died in 2016. Her father, Gaurchandra Garai, is also a Baul musician; he plays the dholak as well as the tabla , manjira and dotara . He often accompanies Basudeb Baul for performances during Baul events and fairs across West Bengal. Listening to her father and Basudeb Das, Barsha became interested in music too. 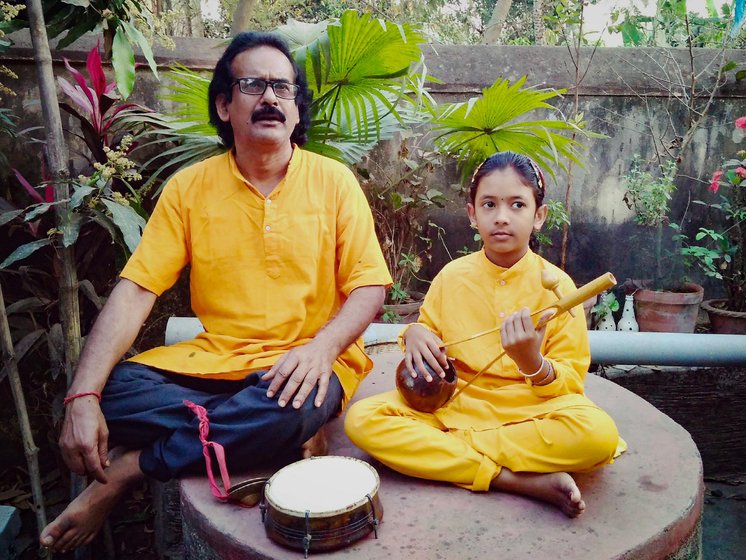 Barsha with her father Gaurchandra Garai, at home in Shyambati

"I like to sing, paint and study as well," Barsha says. It is not very common in West Bengal for little girls to practice Baul music – though there are women Baul singers too, they are fewer than men. Barsha is the only girl of her age training with Basudeb Das.

Baul music is mystical, it’s viewed as a cultural heritage and a philosophy of life. Bauls see themselves as seekers of the inner truth, of a rediscovery of true nature through the purity of their melodious prayers, of a search for the divine through music. Baul music speaks of unconditional heavenly love, and of an expression of the body ( deho sadhana ) and of the mind ( mono sadhana ). All very deep subjects for a child, but Barsha is already on her journey into this world.

Ananya Chakroborty has a master’s degree in Journalism and Mass Communication from Visva-Bharati University, Santiniketan. She now works as a freelancer.

Other stories by Ananya Chakroborty