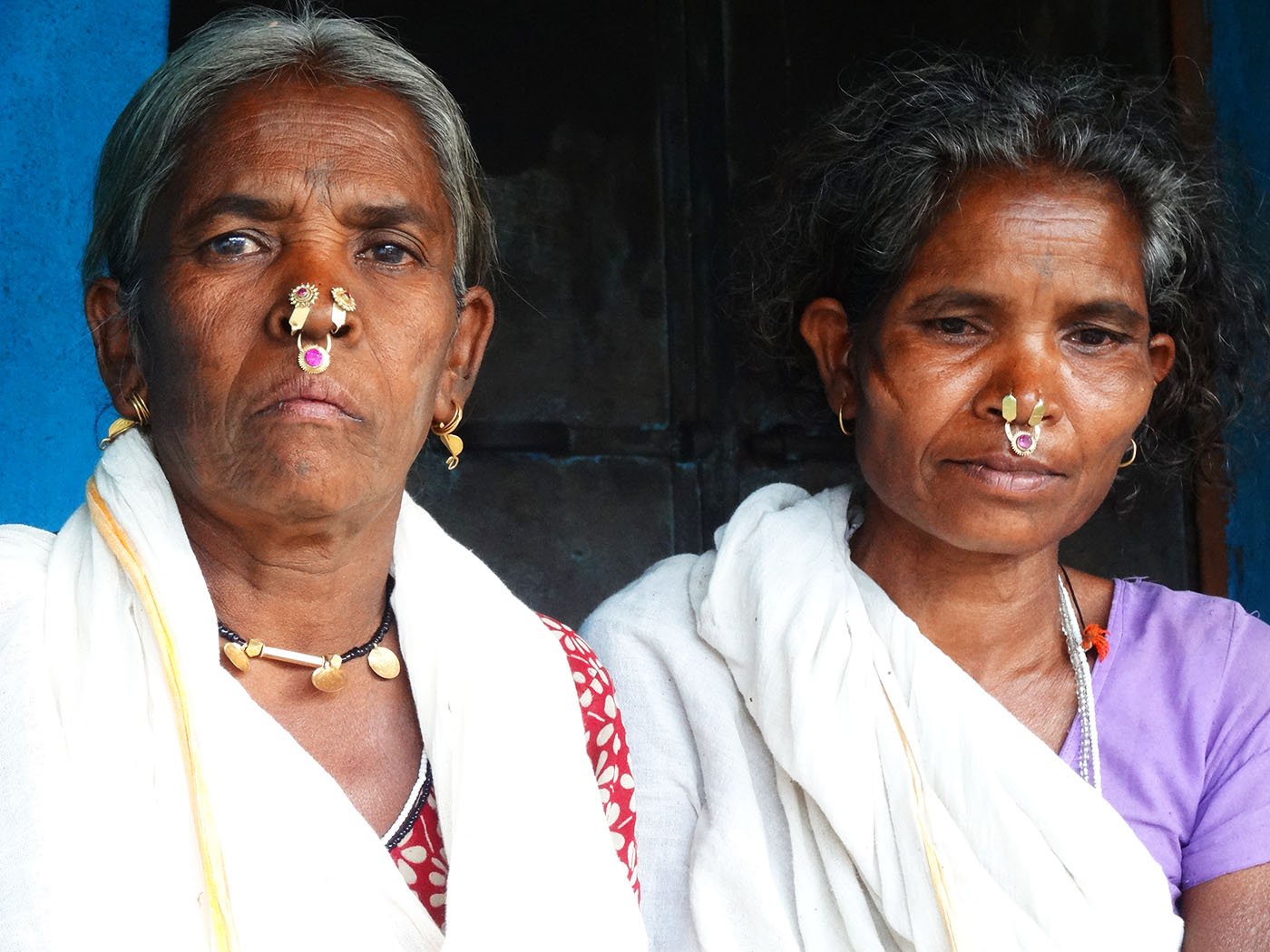 Away from the creeping dangers of ‘development’ in Niyamgiri, the Kondhs of Odisha live in a gender equal community, where women are central to all aspects of life – activism, farming, religious ceremonies

In 2014, an official from the forest department in Bissamcuttack block of Odisha went to Kandhuguda village to discuss a longstanding conflict between the villagers and the department. He was perhaps surprised to be confronted by an all-women gathering, with the elders taking the lead. In other Indian villages, he would probably have encountered a male sarpanch in a predominantly male gathering.

But here, among the Kondhs, the majority tribe in the plains of Rayagada district (population: 9, 67,911, of which 5,41,905 belong to various Scheduled Tribes), it is the women who make many of the critical decisions. Though patrilineal, the community ensures that men and women live as equals. As Lokonath Nauri, 65, from Karandiguda village in Niyamgiri, explains, “Niyama Raja (God of Niyamgiri) sitting up in the hills is the male and our village deity is the female [a totem-like wooden structure placed at the entrance of the village]. We flourish because of the existence of these two. There won’t be life if harm comes to either of them.”

Among the Kondhs, the division of labour is based on this philosophy. Women participate equally and defend their views in the kutumbh , the governing unit of every village. While the men farm and hunt, the women take care of the rest of their community’s world.

In Kandhuguda, that is exactly what women did. The villagers opposed the plantation of eucalyptus trees (a legacy of the infamous 1980s social forestry scheme) because the trees are not part of the local ecosystem, and offer little to humans or animals. The official arrived after the villagers thwarted repeated attempts to plant the saplings. Unaware of the status of women in these communities, he started sermonising and threatening them with dire consequences if the villagers continued to resist.

Two elders, Singari Kungaruka and Kosa Kungaruka, tried to explain that they were not against plantation, but were merely requesting the department to sow something that would benefit the villagers and the forest animals. Kosa says the official did not listen and threatened her. At this point, the women had had enough, she says, and they thrashed him.

The official fled, this time calling them dangerous. A van full of police personnel turned up the next day. The men of Kandhuguda and the neighbouring villagers joined ranks with the women. Faced with a standoff, the police retreated; as a result, the past year has been peaceful.

Usually, a village here is a collection of about 20-25 households or a kutumbh . Everyone contributes to decision-making and speaks up if they have a point to make. There are no leaders and a motion is accepted based on merit and majority. 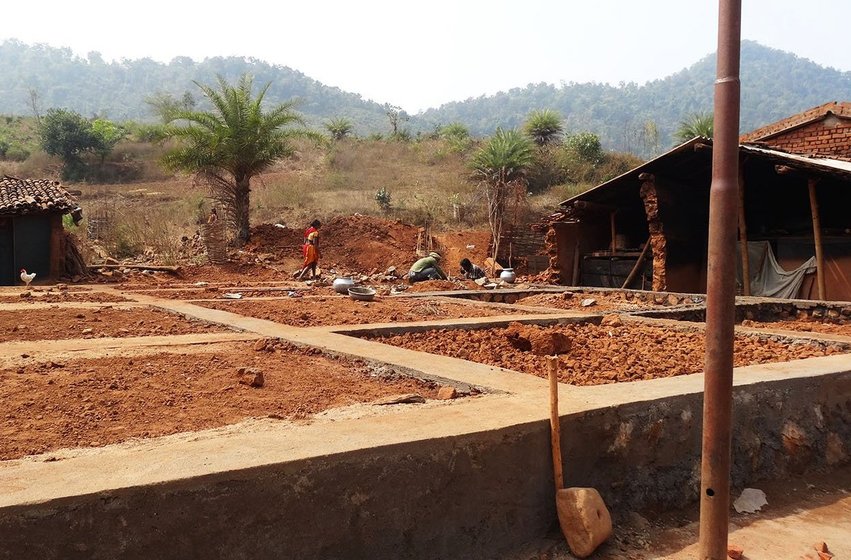 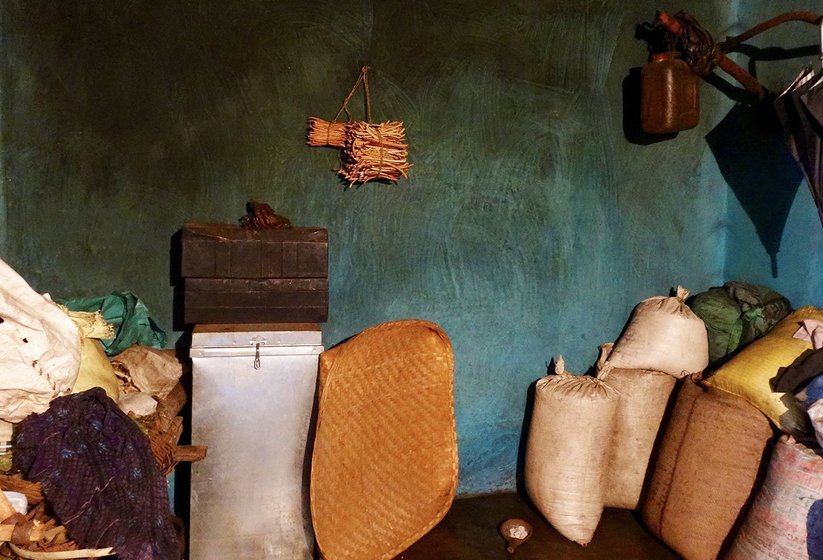 Left: Houses being built in Bissamcuttack block under the Indira Awaas Yojana – but according to the traditional plan, as demanded by the Kondh women Right: Grains stored in a Kondh home: the most precious items here are seeds

From activism to nurturing life, the women of Rayagada are at the centre. They are free to pick a marriage partner of their choice, and if a husband mistreats his wife, or if she falls in love with someone else, she can leave him without fear of vilification. In cases of domestic violence or arguments, the kutumbh tries to intervene; the decision to stay or leave remains with the woman.

Jaganath Manjhi, an interpreter from the area, recalls an incident when, as a teenager, he had gone to the forest to collect leaves to repair his perch in the fields for night vigil. Forest department guards caught him and took him to the police station, claiming what he was doing was illegal. Manjhi’s mother was livid and mobilised villagers to stage a dharna at the police station. She argued with the policemen until her son was released.

The status of women is also reflected in their significant role in making the village sustainable. The village is structured to allow interaction between households and encourage community life. Some years ago, the government introduced a pucca (permanent) housing scheme under the Indira Awaas Yojana. According to the plan drawn up by the government architects, the houses had to be independent and could not face each other. The women objected, saying that it would ruin their traditional village plan. The construction work could resume only after the government agreed to their demand to allow the traditional structures.

The most precious item in a Kondh household are seeds. These are the exclusive domain of women. It is the duty of women to sort seeds, preserve them for the next year, offer them to the gods, and provide an exact assortment to men at sowing time. The close relationship between seeds and women is an indicator of women’s prestige and prominence in the society. 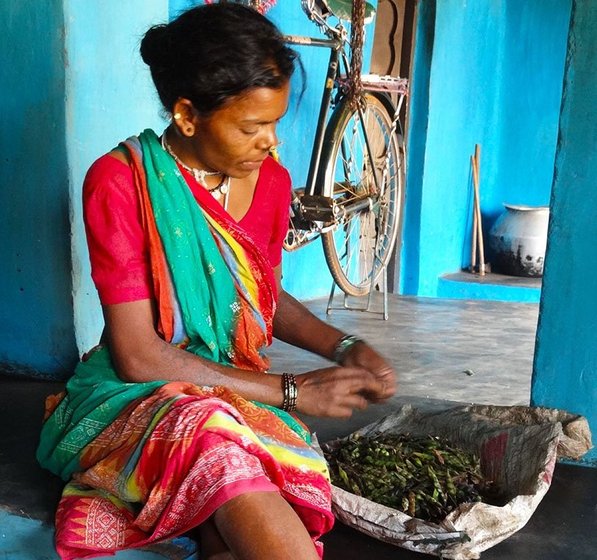 Sreemati Duduka of Dulari village, Muniguda block: through seeds and food, women become the protectors of the Kondh culture and ecology

Sreemati Duduka, 55, of Dulari village in Muniguda block says, “Seeds are what mother earth gives us periodically – it is her fruit, her offering to us. We won’t worship seeds from the neighbouring village – it has to come from our own land. This is how our land cleanses itself and prepares to give us more in future. We cannot disrespect her.”

Through seeds and food, women become the protectors of their culture. Millet, for example, is compulsory in the Kondh diet. Debjeet Sarangi of Living Farms, a non-governmental organisation that protects and promotes local foods in the region says, “Women save a number of endangered and precious varieties by regularly cooking and feeding them to their children, making them understand the importance of the grain, and also saving them for the next agricultural cycle by protecting them from decay. As a result, they protect a particular variety of the crop which best suits their ecology, and makes them self-reliant.”

Of the three main functionaries of the kutumbh – Jani, Desari and Bejuni – the Bejuni is almost always a woman. A Jani performs rituals during festivals and ceremonies; a Desari is the repository of knowledge about local medicine and weather patterns. A Bejuni is the village shaman (f eatured on the left in the top image of this story) . She gets possessed from time to time, relays the messages of various gods to the community, warns them about impending dangers and epidemics, and gives directions before the men go on a hunt.

No wonder then, while in patrilineal societies women are mostly kept away from religious ceremonies, among the Kondhs, women even assume the role of messengers of the gods.

Parul Abrol is an independent journalist based in New Delhi. She has worked with the Hindustan Times and IANS, among other organisations. She writes on conflict and development issues, and is working on a book on Kashmir's political history.

Other stories by Parul Abrol