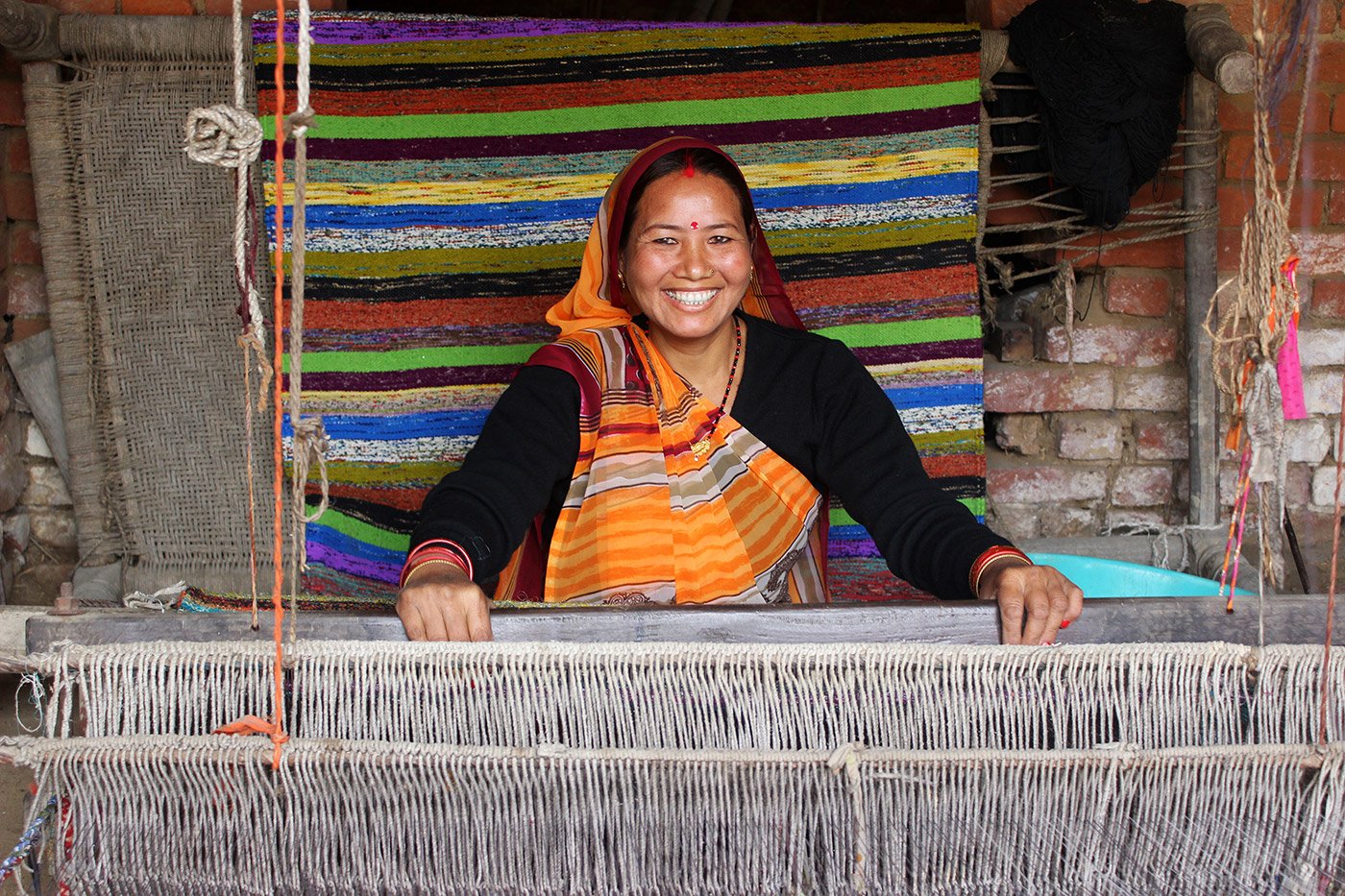 Ladaiti Devi of Salmata village, Uttarakhand, is a wise warrior, who other women look up to. Despite her family's frowns, she found her calling in weaving durries – and now weaves a magic that is locally renowned

When they introduce me to her, my first thought is that her name is all wrong. They call her Ladaiti Devi (loosely translated, it means someone who is quarrelsome), but to me, in that first look she is a self-assured warrior – comforted by her strengths – but, more importantly, aware of the weaknesses she needs to accept.

She asks me to take a chair. I tell her we must sit as equals to have a conversation. She relents and pulls up another for herself. We are in the verandah of her two-room home.

I am in the village of Salmata –  in Sitarganj block of Udham Singh Nagar in Uttarakhand. It’s a village of just about 112 families, mostly of Tharus – the largest tribe in the state – which, according to one legend, traces its ancestry to Rajput royalty. Ladaiti, a Tharu, has been introduced to me as someone the local women look up to. I am eager to know her story.

She traces life back to 2002. “What was I – just an ordinary woman? Then some people came in and told us we could have a group – that it would give us strength. That we could save money.” 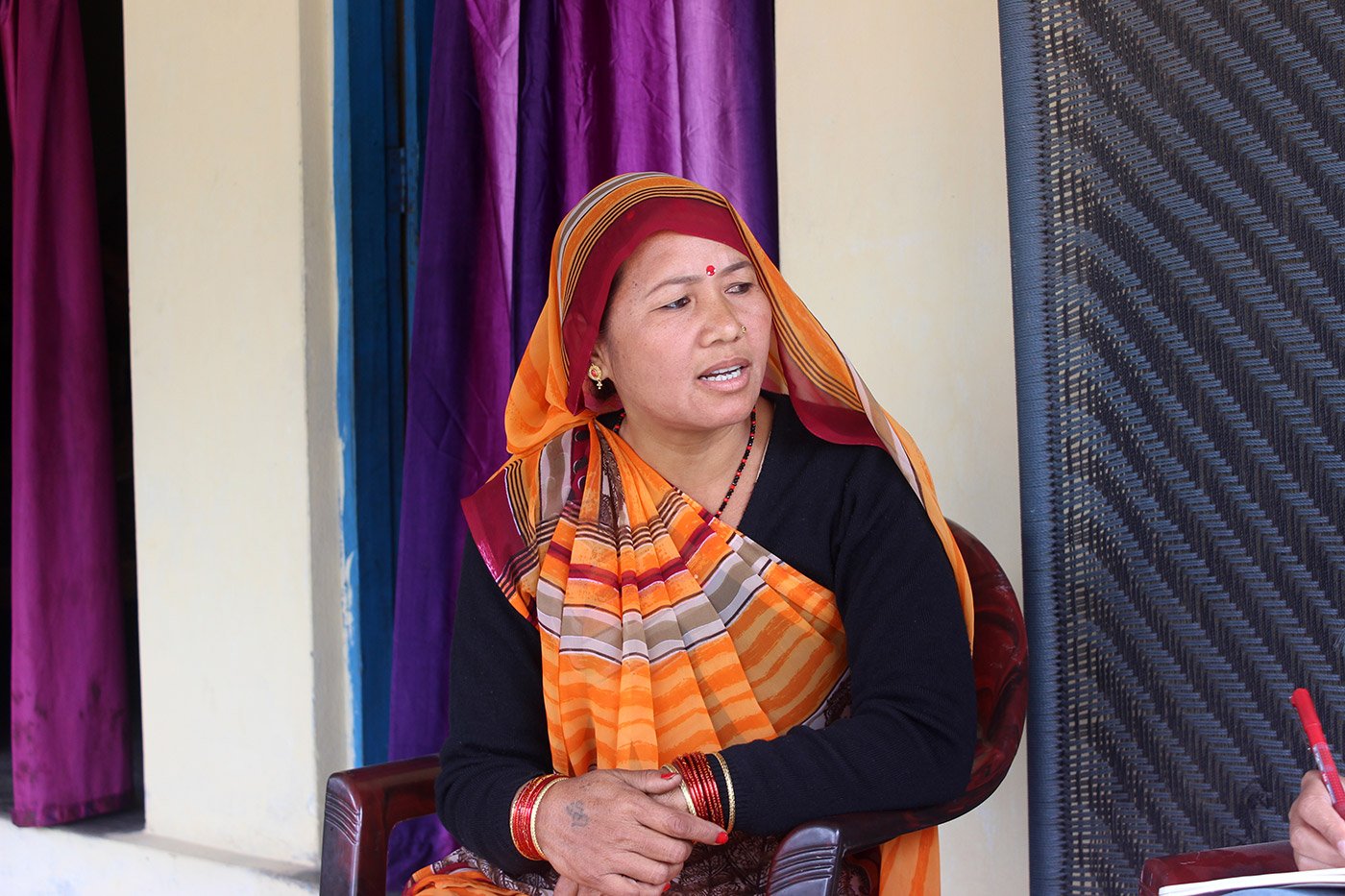 The self-help group way to empowerment is a tried and tested medium in these areas, as I have learnt over the years. I have also learnt that they do not always work. In Ladaiti's case,  the beginnings were good. She suggested the name ‘Ekta’ (unity) but then petty jealousies and misunderstandings took over, wrecking the group.

“The real reason, I know, were the men. They could not bear us women coming together. It has been our lot over centuries. The men drink and play cards. We bear the burdens…” her voice trails off.

Ladaiti's own husband Ram Naresh was resentful. “He would ask, ‘Are you trying to be a neta ?’ My father-in-law said I had ruined the family’s name. That I was unlike any other woman in the family,” she says.

By then, Ladaiti, mother of three – two girls and one boy – had begun to realise that unless she stood up for herself, the pitiful earnings from the family’s small patch of land would not get them anywhere. She explored different avenues to make money. Once she sneaked off to a day-long training on goat rearing. But nothing seemed to work. “I would lay awake at nights. Wracked by the fear that my children’s lives would be no better than mine,” she remembers.

The solution came to her during a conversation with another woman in the village who suggested that Ladaiti could try her hand at weaving durries (cotton rugs). Among the Tharus, durries are prized possessions –  as items of everyday use and as gifts figuring prominently in weddings. The cloth used comes from torn sarees, discarded suits, strips of unusable fabric.

Convincing the in-laws was a challenge, but they were comforted by the fact that she would not be stepping out of home. A loom had to be brought, and by 2008 Ladaiti had been exposed to enough government and non-government schemes to understand how a loan could be managed. An organisation active in the area trained her in the weaving process. 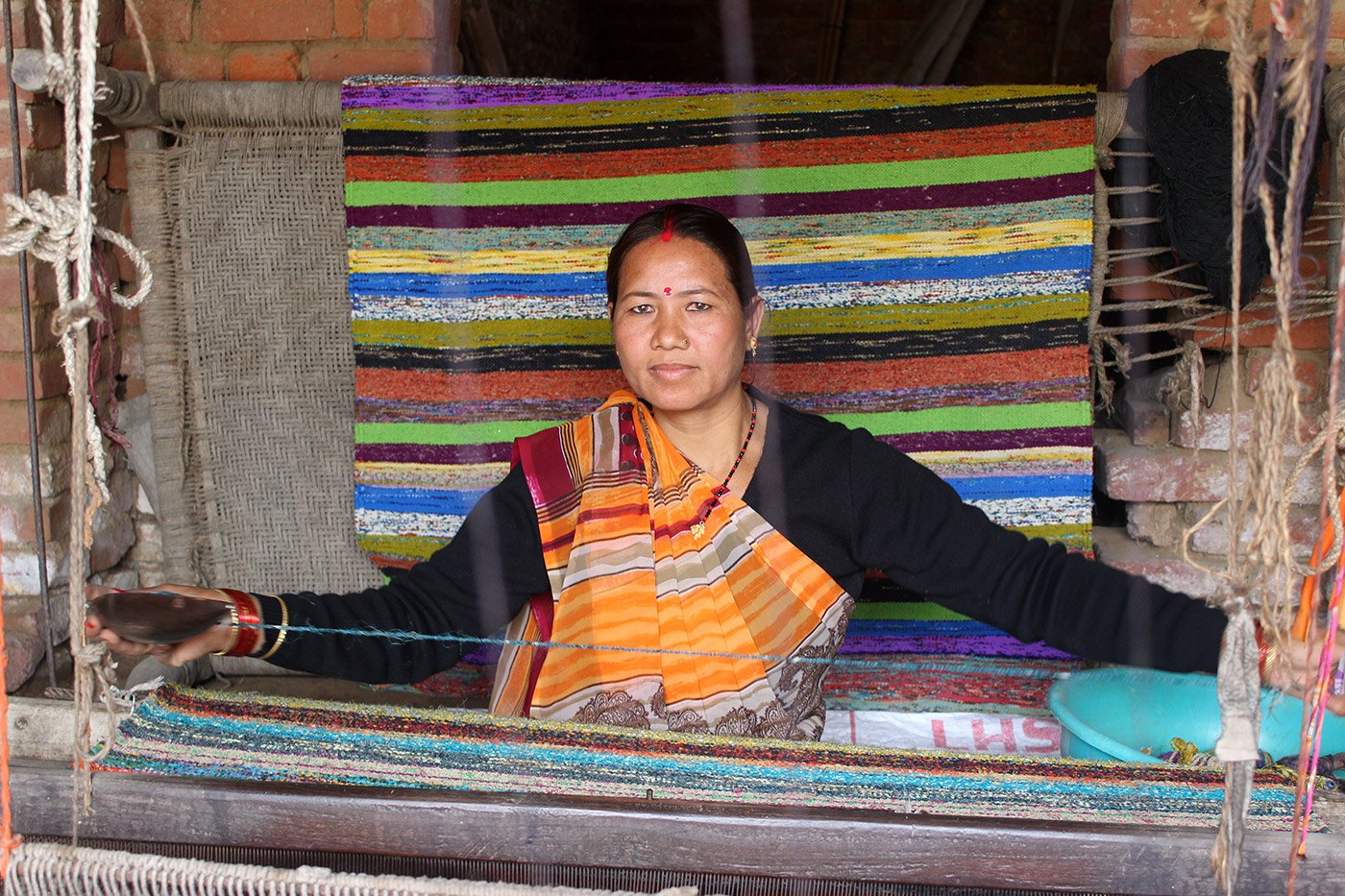 At first she went around the village asking for work. In the slices of time she could steal from household chores, Ladaiti stripped, sorted and matched fabric before sitting at the loom. “There is a music to the loom. It makes me sing,” she grins. As Ladaiti's fingers wove their magic, word of her skills spread. They said her durries were unlike those of the others. The colours in them had the power to speak. The designs could draw smiles. Work grew. Orders started to pour in from the neighbouring town of Khatima. The constant irritation that Ram Naresh displayed became muted.

Today, she weaves a durrie in two days and the truly intricate ones get her Rs. 800 per piece. The simplest ones go for Rs 400, and she earns approximately Rs. 8,000 from them a month. The farming fetches anywhere between Rs. 3- 5 lakhs annually, thanks in no small measure to the organic techniques she has perfected both by learning and trying. Her days are long – starting at 5 in the morning and going beyond 10 p.m. 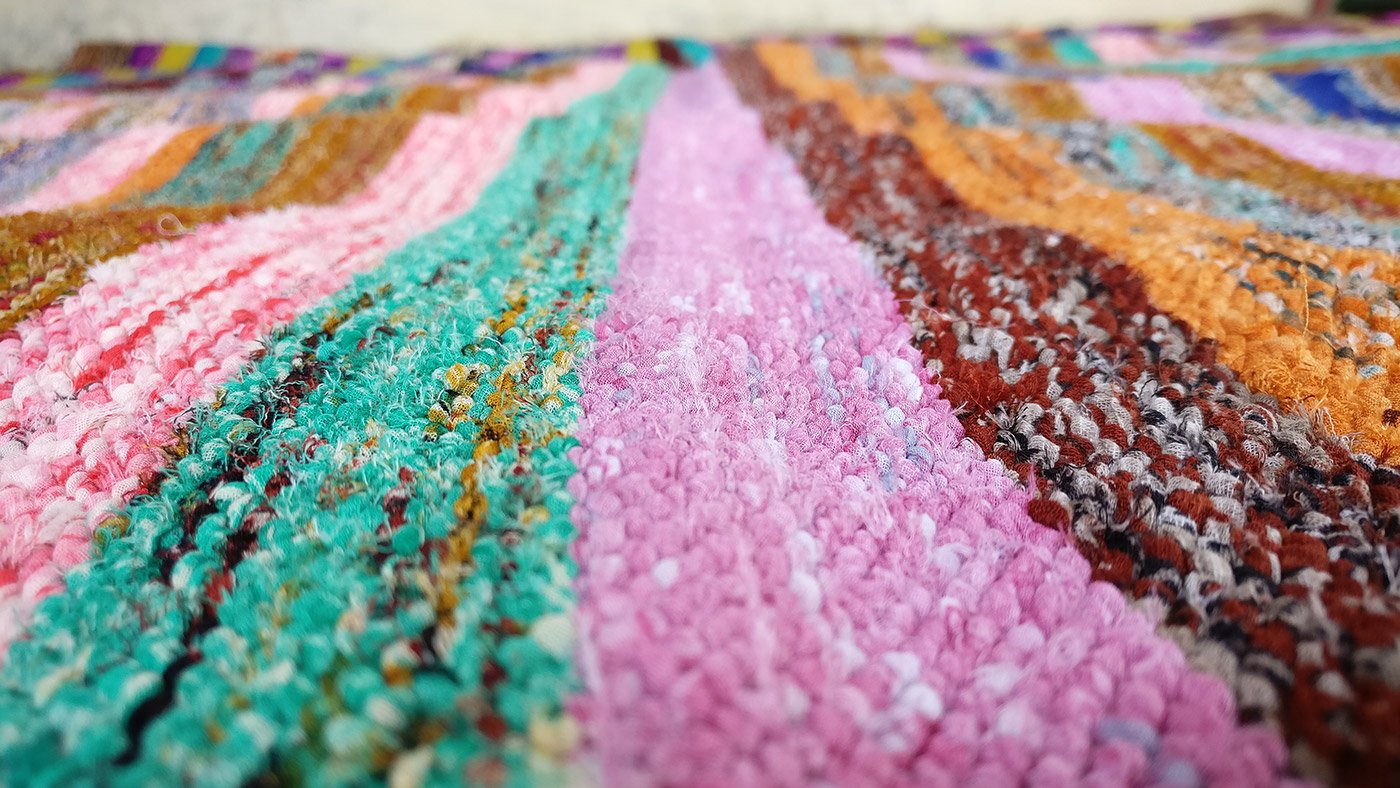 Over the years, there have been other battles lost and won. She managed to revive the self-help group which now has combined savings of more than Rs. 3 lakhs, and took loans for her children’s education and the family’s farm. She was sought after for advice by women from the neighbouring villages. Two years ago, the women tried to exert pressure on a local liquor maker to stop the business that was ruining the men. Ladaiti's own husband opposed her. “I felt so ashamed. Even after so many years, he does not see my worth,” she says.

At 40, Ladaiti has made peace with life. “Not everything can be done. You must not try that,” she tells me. 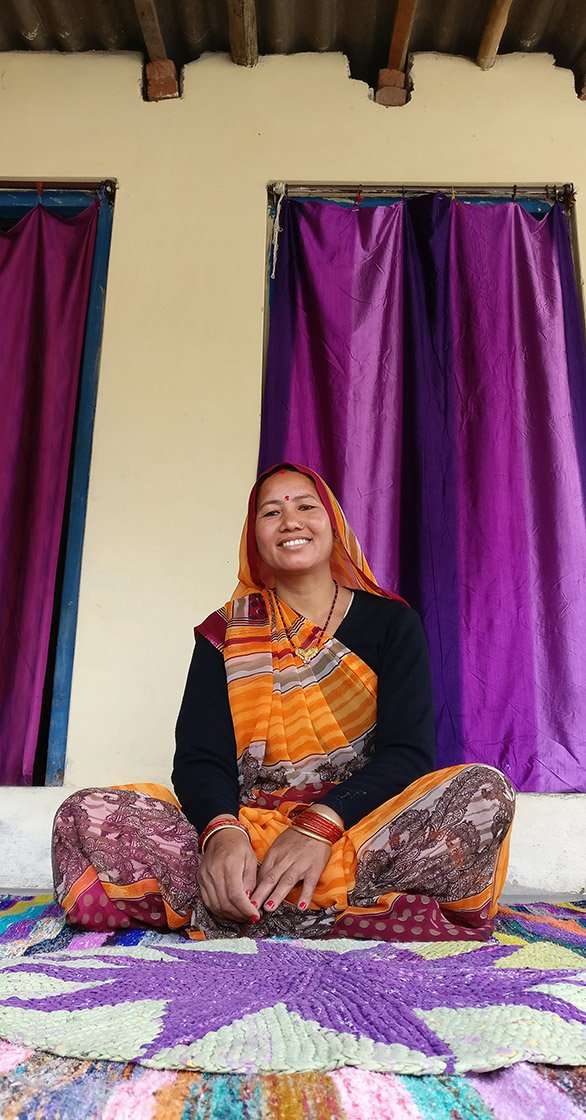 Yet one failure rankles her – the inability to get her elder daughter to pursue an education in science. “Who cares for a BA, you tell me?” she asks. But once when the daughter ticked her off  – scoffing at her meagre education (Ladaiti has studied till Class 8) – the mother in her recoiled and chose silence.

I tell Ladaiti that her feats are not mean. That the courage that lives in her is an inspiration. I also tell her that when I come visiting again, I will speak of my own struggles.

As I am about to leave, I cannot help but ask – why the name. She smiles a broad smile. “Do you not know… Years ago, when I started to discover my own worth, someone named me Sunaina [beautiful eyes]. I believe that is the name that chose me. That is the name I keep now.”

We embrace. I leave.