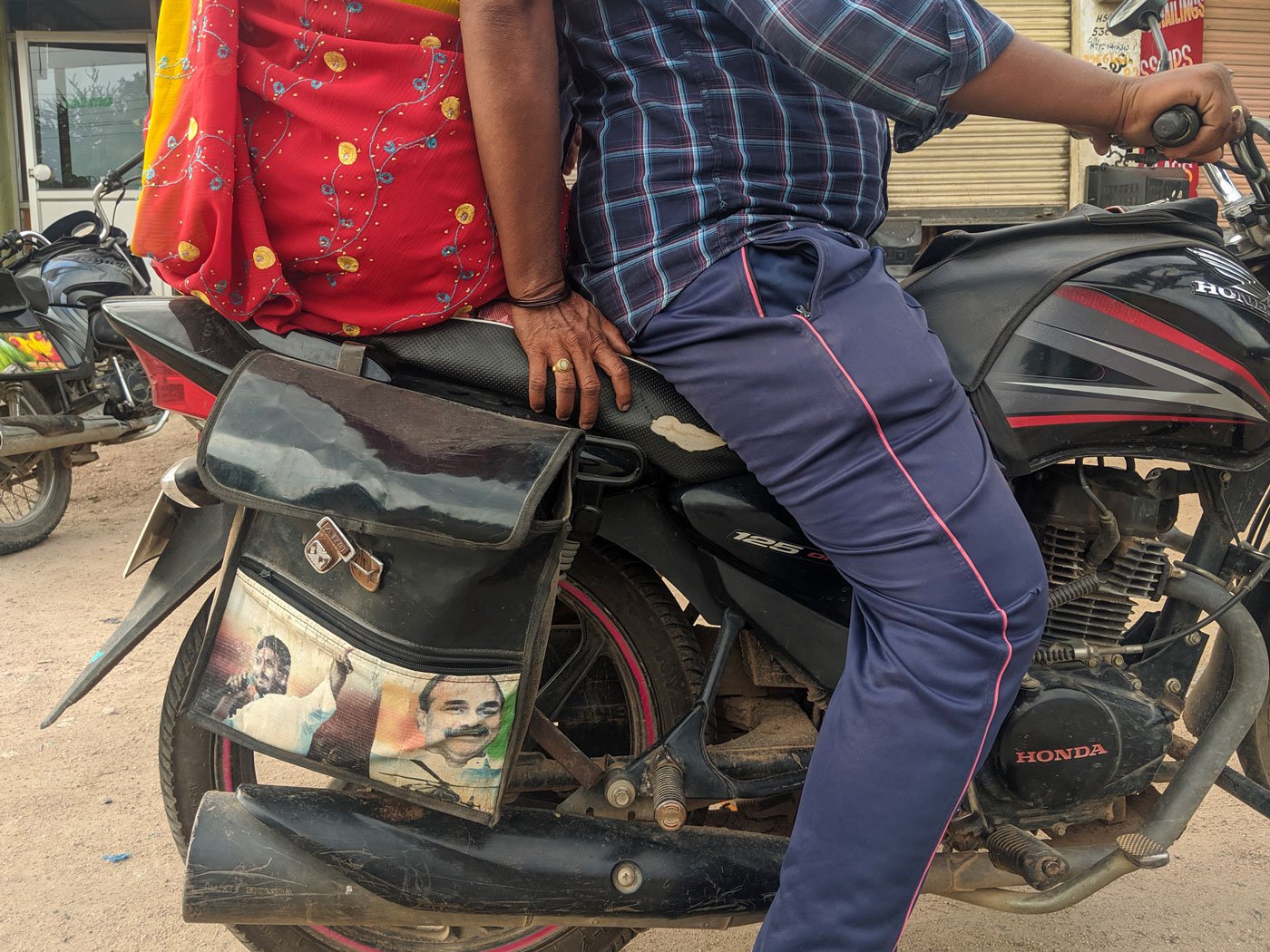 In Anantapur: tales told by saddlebags

The street with shops selling rexine products in Anantapur usually offers more insights into the politics of Andhra Pradesh than many newsroom pundits. Unlike several public intellectuals of Anantapur who were surprised to see Jaganmohan Reddy sweep the last election, the rexine shop area had seen what was coming. “We started stitching more and more YSR Congress Party (motorbike) saddle bags a few months before the polls” says D. Narayanaswamy, owner of one of the rexine shops here.

The saddlebag circuit had correctly read the writing on the wheel. The huge demand for YSR Congress Party bags foretold the result of the 2019 assembly polls here.

In the 1990s, these shops used to mainly stitch cheap, sturdy schoolbags. I had bought a couple of them myself. By the next decade, shoe shops were more popular places to buy schoolbags. And rexine shops began selling motorbike saddlebags with pictures of film stars and politicians, alongside their staple seat covers, including for autorickshaws and sofas, and car covers as well. The sales of political designer bags probably peaked in the run up to the 2019 elections. “We might stay hungry, but we will still go around with our party flags. We must go. We don’t have a choice,” a Telugu Desam Party voter who reaped benefits under the earlier regime told me in 2019. I remember seeing a TDP saddlebag on the bike he was riding. 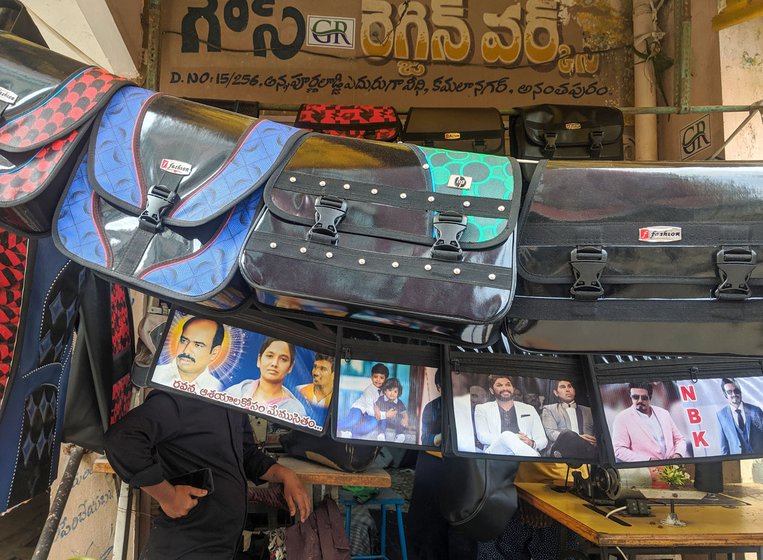 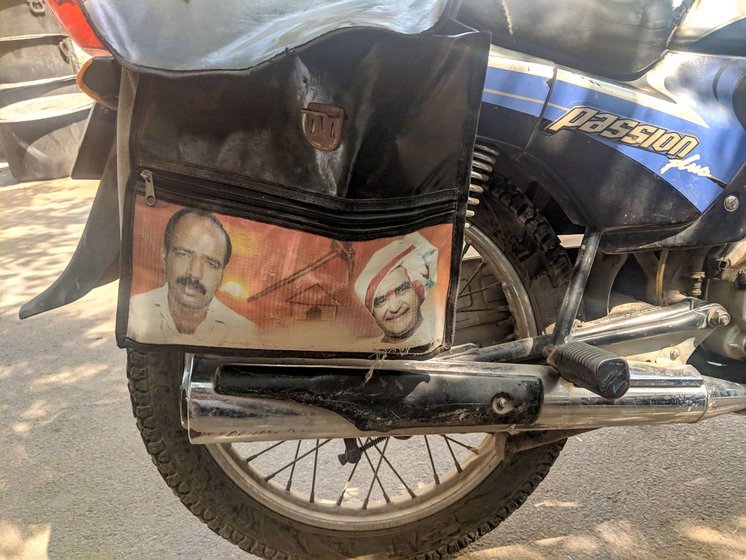 Outside a rexine shop, motorbike saddlebags with pictures of film stars and politicians

As the pandemic raged, people seemingly lost interest in wearing their politics (and politicians) on their bikes. Earlier, the rexine shopfronts usually showed off saddlebags with political messages and faces. Now they display bags decorated with generic designs, or with the logos of well-known companies. This could be part of the general phenomenon of lower demand for many products given the employment and financial hit people have taken in this period.

The increased police presence in public since the lockdowns began might be another reason for people playing down their affiliations. “When the police catch you on your bike for something and if you belong to a different party [than that of the cop’s], you might get into trouble,” Narayanaswamy explains.