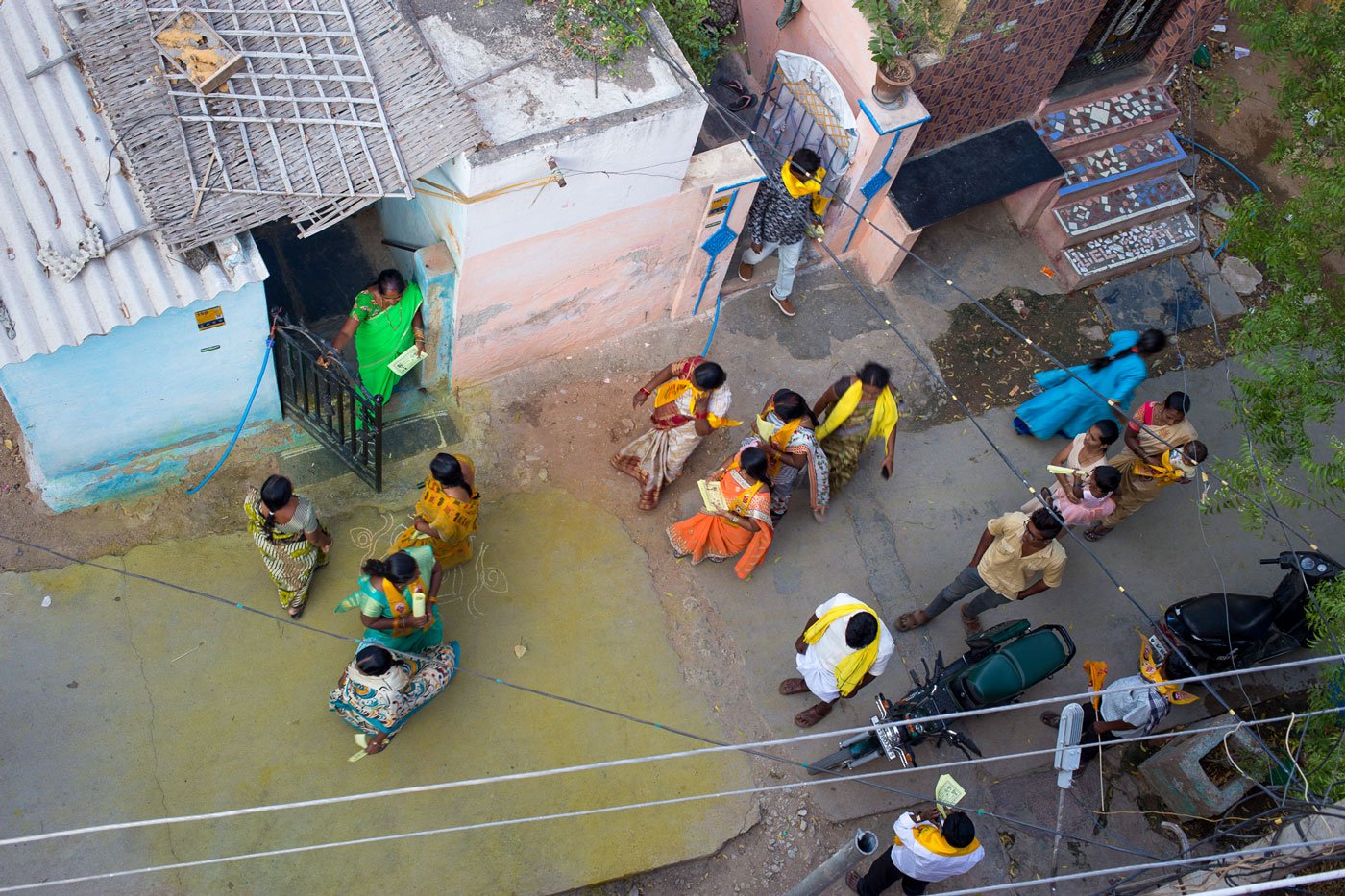 And so, Anantapur braces itself for Sunday April 5. How will it respond to the prime minister’s call to light candles, lamps, mobile torches – for 9 minutes at 9 p.m. to dispel the ‘darkness that engulfs us’? Could be a little tricky here in my neighbourhood of Sangamesh Nagar, where heaps of bamboo that burn easily lie around, and up to five or six families share one balcony into which they’d have to fit in together at one time.

My own family went into a self-imposed lockdown from March 19. Giving me plenty of time to just watch and observe how this low-income,mostly working class part of the city has coped.

"Coronavirus has reached Chittoor, but it won't reach Anantapur. It's too hot here for the virus to survive," the school-bus driver from my old school had told me on March 17. That rather naïve comment was reflective of a larger mood. The urgency of the pandemic had not struck many in Anantapur. Not at that time, anyway

Groups of children pace up and down the narrow lanes of Sangamesh Nagar in Anantapur city, headquarters of the district by the same name in Andhra Pradesh’s Rayalaseema region. With schools and exams cancelled, a renewed energy has been fuelling their activity. People crowded the vegetable markets as late as Sunday, March 29. Chicken prices are shooting up. 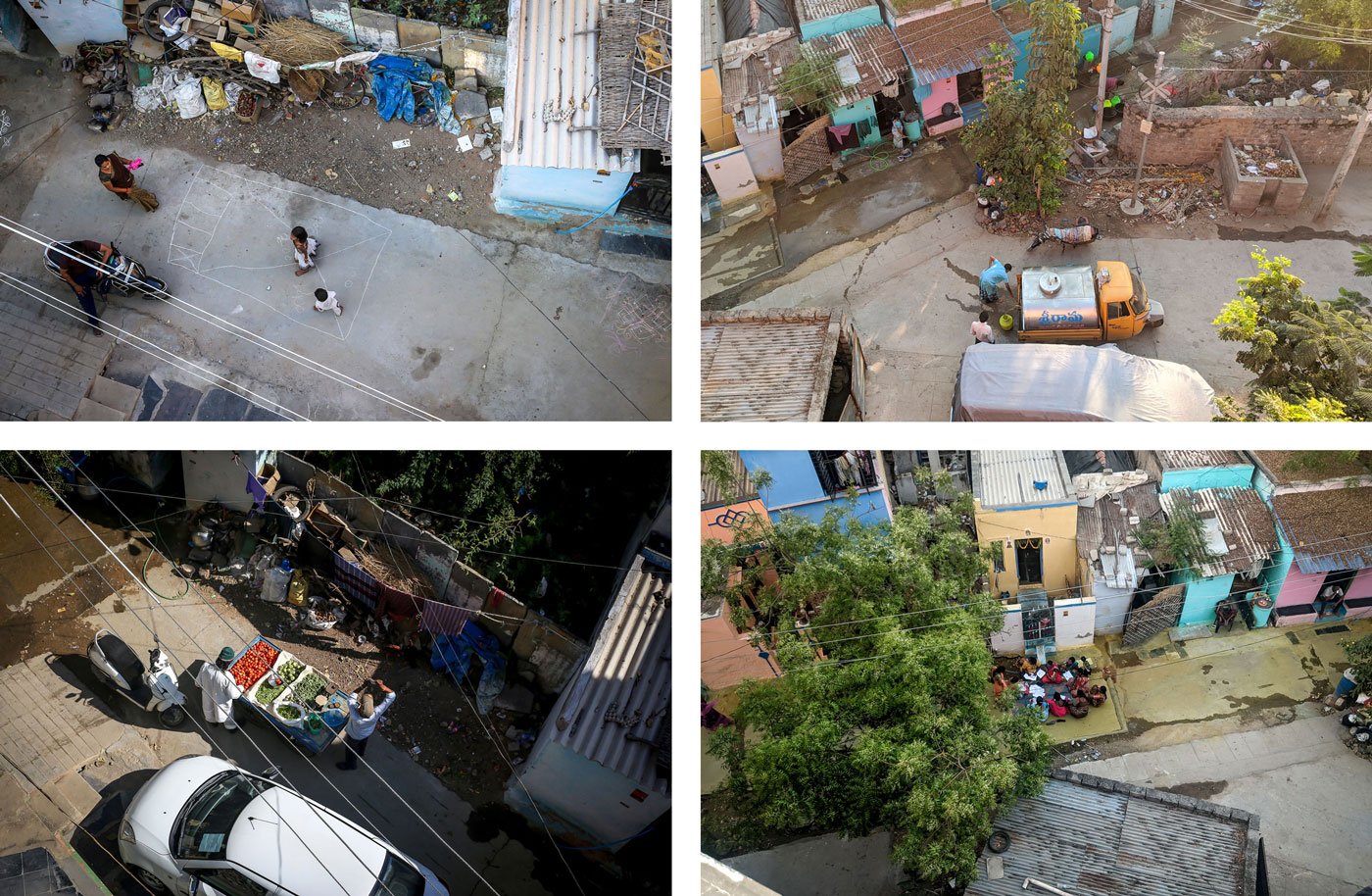 The balcony of our house gives us a bird’s eye view of Sangamesh Nagar, a low-income, mostly working class part of the city. Our neighbouring families live in cramped houses, and staying indoors in a stuffy house under a fan in the perpetual summer of Anantapur is not easy

“My elder son [an autorickshaw driver], and my daughter-in-law are going out to work in the morning, before the police start patrolling. He drops her in his auto, she cooks for a family and then they return in the evening,” an elderly woman says. While many working class people continue to toil secretly, the well-off look at the pandemic as a much-needed break in their lives. "Coronavirus holidays are here," I heard a man say outside a supermarket on March 19.

The balcony of our house gives us a bird’s eye view of Sangamesh Nagar. Our neighbouring families live in cramped houses with one or two rooms. They spend a considerable amount of their time outside their homes. Although we tried to explain the importance of physical distancing to some of our neighbours, living in a stuffy house under a fan in the perpetual summer of Anantapur is not easy. Amongst our neighbours are auto drivers, vegetable sellers, pig-rearers, teachers and domestic helpers. Many others also weave baskets or make winnowing fans. For those last two groups, every day is a work-from-home day. They continue despite the lockdown.

On most days, children here wake up early and help their parents fetch water, a very scarce and important commodity in Anantapur district. A few local companies sell ‘purified drinking water’ on the back of modified autorickshaws. One of them announces the arrival of its product every day on a loudspeaker with an upbeat song from a 2014 Telugu movie. It was there on March 30, too, and a few women filled up their plastic pots with the water. The company’s pre-recorded loudspeaker announcement urged people to buy their ‘purified’ water at a time when water from other sources is  ‘contaminated with bacteria, viruses…’

Although the lockdown is slowly changing routines, people can't afford to follow the government’s instructions, which are centred on urban notions of individuality. Children continue to play their games (like hide and seek, cops and robbers, which don't require any props) on the street. For these kids, the lockdown is an extended holiday. Only recently did the sellers of goodies stopped coming. The vendor who announces himself into our street chanting verses about burnt groundnuts, stopped coming on March 21. Since March 28, the ice cream seller has not shown up. The vegetable seller continues to appear.

For our neighbours, whose homes are so cramped that they cannot all at once afford to stay indoors the whole day, stocking up essentials or ‘social distancing’ are nearly impossible. Adults continue to sit around boxes etched on the floor with their dice and play their favourite board game, meka-puli (goat and tiger). 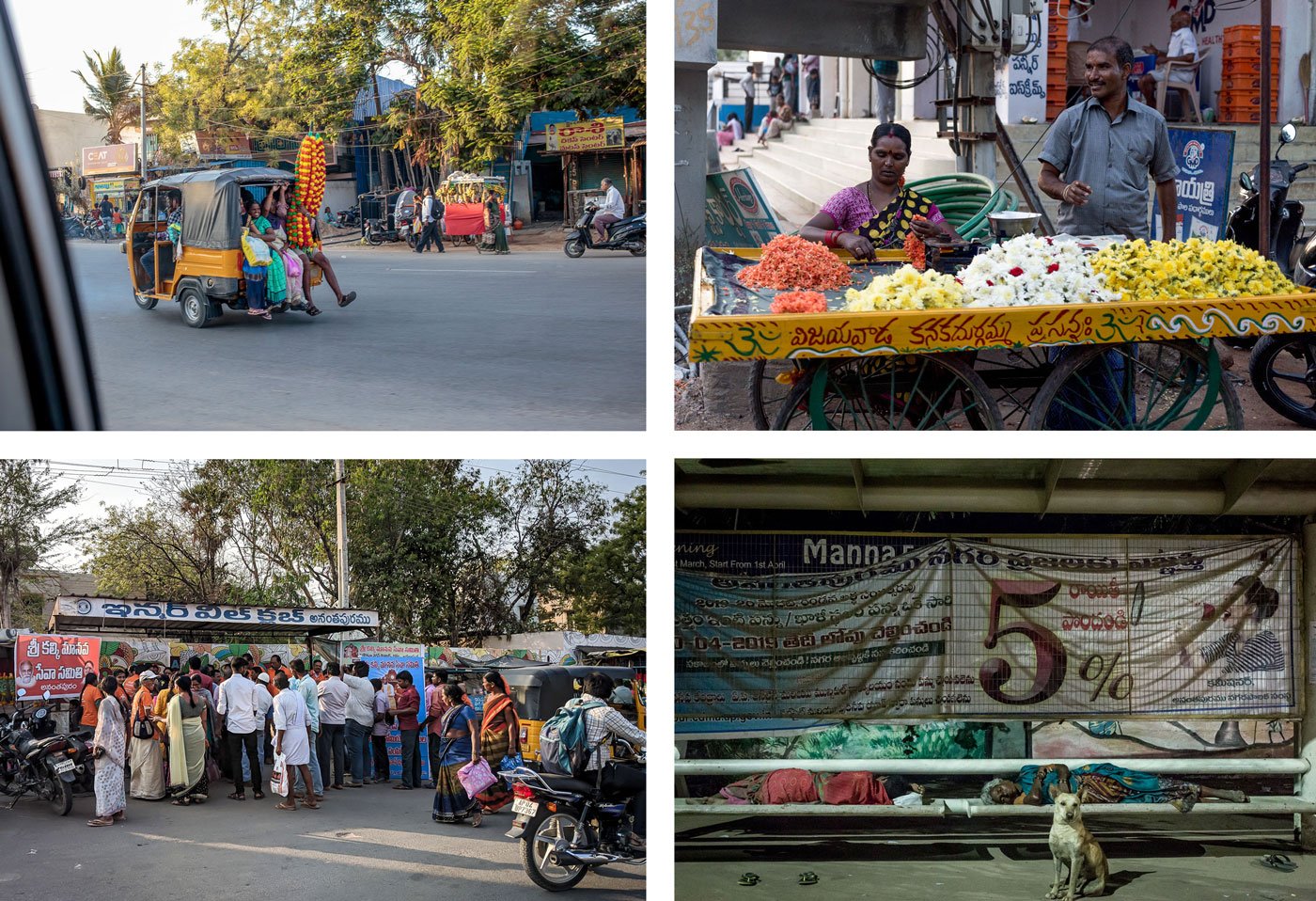 Photos taken around Anantapur on March 18-19. People here were convinced that Covid-19 would give Anantapur a miss, but tremors of the pandemic could be felt quite early

Moreover, political confusion in the state has not helped convey the urgency of this pandemic to its people. And perhaps that influenced the somewhat carefree attitude of the public in the weeks preceding the lockdown. The state government was fighting the election commission over postponement of local body polls. The elections were originally to be held on March 21, but were postponed by the EC due to the coronavirus. Telugu news media spun this election drama as a fight between the TDP and YSRCP parties. Activists from various political parties continued till late with door to door campaigns. Since they are the trusted sources of information for many people, expert opinions meant little. And the media were anyway not highlighting those either.

People here were convinced that Covid-19 would give Anantapur a miss, but tremors of the pandemic could be felt quite early. On March 13, I couldn’t activate a few channels using the dish in my home because our cable technician, P. Subbiah, also a farmer, was stuck in his village B. Pappuru (in Anantapur’s Narpala mandal ) with his banana crop. Buyers generally delay purchases so that they can pick up the produce at lower rates. “The syndicate of buyers tried that this time too. But because of this calamity, now no one is there to buy,” he said. Later, on returning to Anantapur again, Subbiah told me: “I have left the bananas in the village now, they will get charred in the sun. I have lost around 15 lakh rupees.”

The mood is changing as Andhra Pradesh saw 67 cases in just one day, on April 1. A state that was at the bottom of the Covid count has sprung to fifth position taking its total to 132. Anantapur now has 2 positive cases. The urgency of the pandemic hasn’t however trickled down to the district level yet. The local Anantha Channel has run reports of food, rice, vegetables and masks being distributed for free by charitable individuals and groups across various mandals . Unfortunately, some of those collecting and distributing these desperately needed provisions did not seem to be observing precautions like wearing masks and gloves themselves.