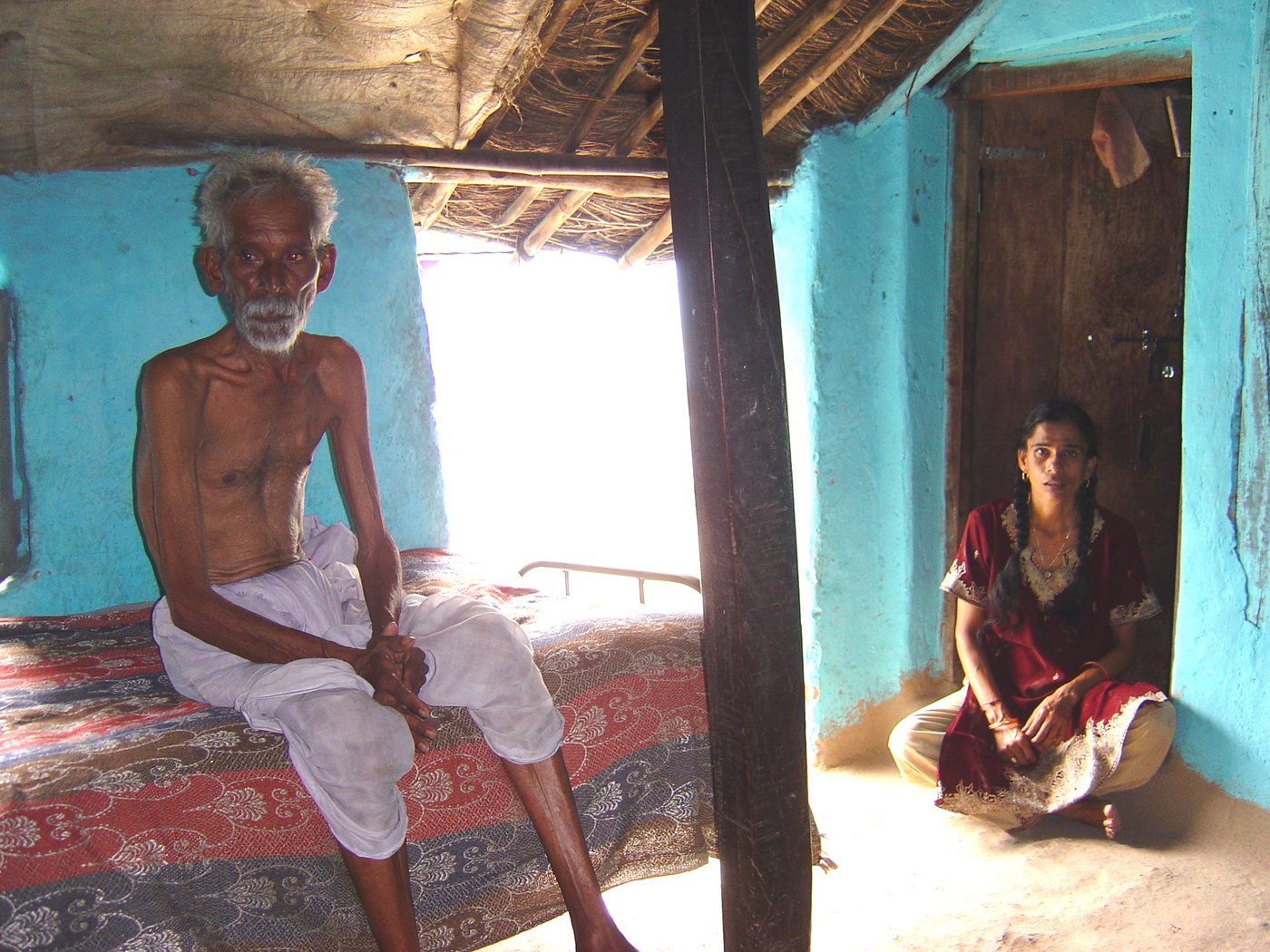 Health as someone else's wealth

Many in Vidharbha, like millions elsewhere, have simply stopped seeking medical help for their ailments. They just cannot afford it. Some farmers have mortgaged land to pay health bills

Shamrao and Anjamma Khatale are in very poor health. But the two have simply stopped trying to do anything about it. "Doctors? Treatment? It's all too costly," says Shamrao. The couple in Ashti village, Wardha, have joined tens of millions of others in that decision. Up to 21 per cent of Indians no longer seek medical treatment of any kind for their ailments. (That is up from 11 per cent a decade ago.) They cannot afford it. "And, if we went to the doctor, how do we buy medicines?" asks Shamrao.

Their son Prabhakar Khatale committed suicide last July. Like many others in farming, he was devastated by the ongoing crisis of that sector. "He ended his life because of his loans," says Shamrao. A second son, in deep depression following the tragedy, is in no state to look after his aged parents. He does not appear to be under treatment either.

The booming – and unregulated – private medical sector here gives a whole new meaning to the adage 'health is wealth'. The decline of whatever public health services there were means that poor people boost the profits of private hospitals and practitioners. Health is the second fastest growing component of rural family debt across the country. (India's per capita health expenditure is one of the lowest in the world. The state spends less than 1 per cent of GDP on health.)

In Waifad village of the same district, farmer Gopal Vithoba Yadav mortgaged his land to pay healthcare bills. "Just 40 minutes in hospital cost me Rs. 10,000," he complains. Many others have paid much more. But Yadav parted with the title deed to his nine acres as he needed cash. Successive bad years on the farm had ensured that. "I am in possession of the land," he clarifies. But "the title deed is in the hands of the moneylender."

The kind of sums many such families deep in distress spend on health is staggering. Namdeo Bonde committed suicide last November unable to cope with the farm crisis. He, too, had large health bills. "He made three trips to Chandrapur, Yavatmal town and Wani," says his brother Pandurang, in Kothuda village, Yavatmal. "In all, he spent around Rs. 40,000 on health problems." 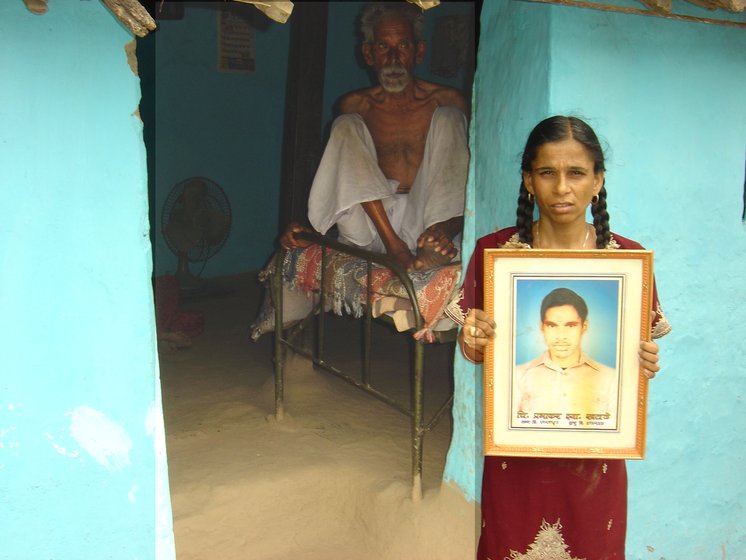 In other suicide-hit households we surveyed too, health costs were a big burden. Rs. 25,000-Rs.30,000 was a common enough figure. That in households owning two to four acres. And often in heavy losses, with farming slipping by the season. That is why Shamrao and Anjamma just stopped buying medicines. "At the government hospital," say the farmers in Waifad, "you get nothing."

On the other hand, "if we go to Nagpur," says Manoj Chandurvarkar, "we'd have to pay a fortune. People fear a hospital." Nagpur's private hospitals mostly reject the blood test reports or X-rays they take in from Wardha. Even if the reports are sound. The referral racket won't be denied its cut. "So we have to go through the tests all over again. Everyone gets a cut and is happy."

These "CT scans and medicines are for big people. We have no money," says Rameshwar Chardi, also a farmer. The uncontrolled private sector can charge any fee it fancies. The under-funded, ill-equipped and crumbling government hospitals seem a poor option to many. "The treatment was `free,'" laughs Santosh Isai in Malwagad. "But it meant little." He spent Rs. 35,000 on medicines and care for his brother Ashok, a cancer patient. Isai sold three acres in this Yavatmal village to raise the cash. Then they ran out of money.

His friend Sandeep Kadam went straight to a private hospital. He spent almost Rs. 2 lakhs on his father, who died of tuberculosis. "That meant selling three acres," he says. About a third of the land holding of his large family.

Like in neighbouring Andhra Pradesh, all this hits the farm community in the midst of a crippling agrarian crisis. Very few are able to attend to major health problems without taking loans for it.

Anjamma lies on the floor unwell and too weak to sit up. Shamrao sits on the bed, frail and infirm. He is pleased he has cleared his dead son's dues. "We got rid of that debt so that his soul may rest in peace." Their own bodies, though, do not. Ill health has taken its toll. Neither, at their advanced age, can work and earn a living. But health comes at a price. A price they, and countless millions like them cannot pay.

In Waifad, they bid us a cheery goodbye. "If you want to know about health," says one, "look at our farming. Then you'll know. We are all on saline drip, us farmers. Two years from now, we'll be on oxygen."

October 31, 2005: Shamrao Khatale died just a day before the National Commission on Farmers team arrived at his house in Ashti. A cavalcade of cars cruised into this Wardha village to meet his wife, but she has lost her sanity. Just like one of her sons did last year. Another son, Prabhakar, committed suicide in 2004. Shamrao's wife is yet to grasp that her husband is dead. She has withdrawn into a private world where none of this has happened. Those who can speak are her daughter Ganga, unmarried at 31 because of the family's bankruptcy during the farm crisis. And yet another son who has returned jobless from Amravati. Shamrao and his wife, both quite ill, had stopped taking medicines for a year. "Who can afford doctors?" Shamrao had asked me in June. "Not us. It's all too costly. And how do we buy medicines?"

A slightly different version of this article was originally published in The Hindu .