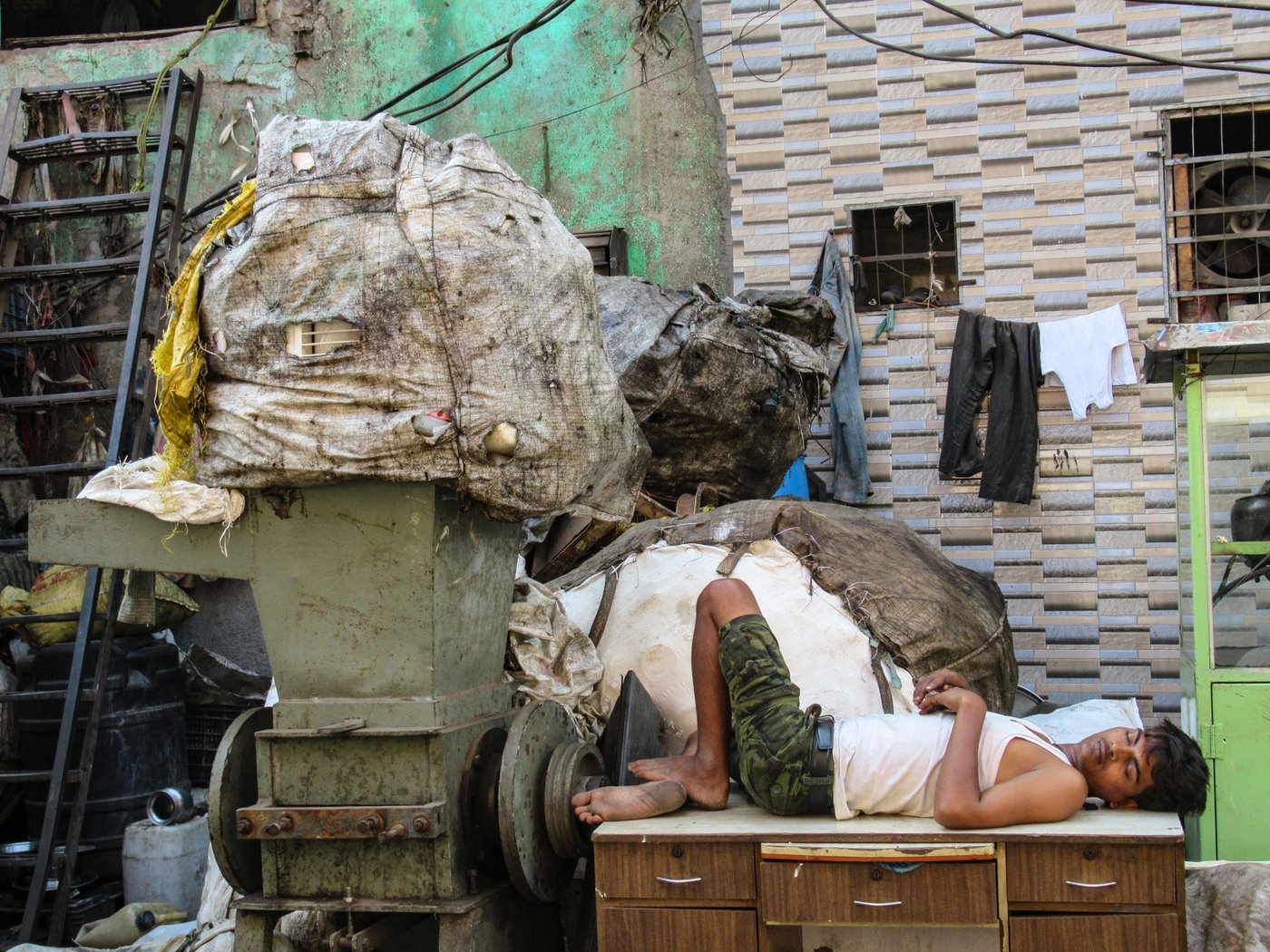 At the recycling sector in Mumbai’s Dharavi, workers process a major portion of the 10,000-plus tons of waste generated in the city every day

Above all, there is plastic. It is everywhere in almost every conceivable form – lying on the streets, floating in water, stored in sacks, placed in bins, piled on roofs. And when plastic items are burned to extract high-value metal parts at the creek bordering 13th Compound, the acrid smoke thickens the air.

An endless chain of plastic and other waste material arrives regularly at this Compound, the recycling sector in Dharavi, from all parts of Mumbai. A large portion of the more than 10,000 tons of waste generated in the city every day is brought here in trucks and tempos, or on handcarts. Workers – most of them migrant young men from various states – load and unload these items along the impossibly narrow lanes of this sector.

In a crammed patchwork of sheds here, some of them four-tiered, a multi-layered process of recycling unfolds over and over. Each item is put through an assembly line, passing from person to person, process to process, before it is transformed into a ‘new’ raw material or another ready product.

The ecosystem of recycling in Tera Compound has a finely-tuned internal logic: a matrix of buying and selling arrangements is in place, people use work-specific terminology, successive steps of the process are well-established, and each person specialises in one or more tasks: raddiwalas (scrap dealers across the city) collect discarded items, waste-pickers and pheriwalas (itinerant dealers) deposit daily collections at the sheds. Vehicle drivers and helpers unload material at kaantawalas (dealers with weighing scales). Then there are the seths who own the godowns, the supervisors to whom they sub-let – and the workers, both men and women, engaged in a thousand tasks. 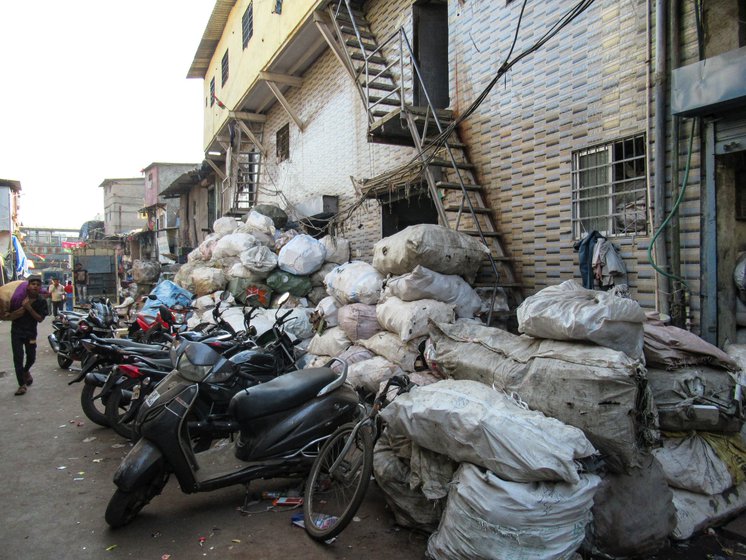 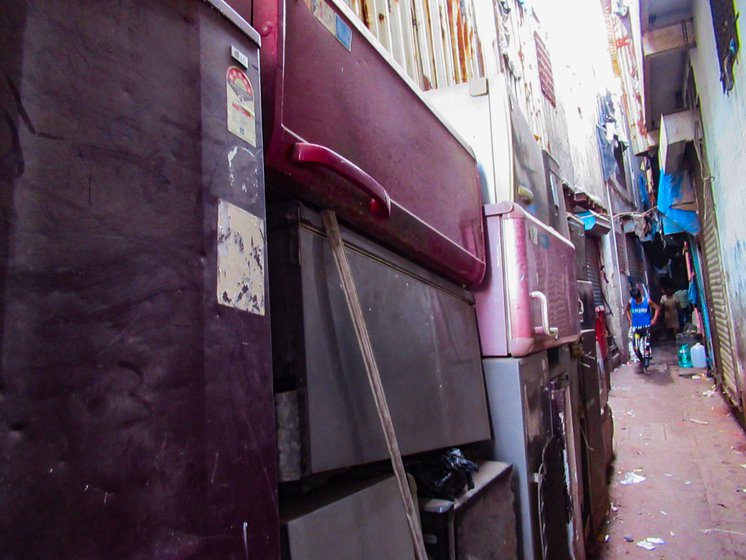 Machines clang and clack, metal is burned and melted to make re-usable sheets for factories. Workers re-create cardboard boxes by cutting out the good portions from used boxes, put the rubber soles of old footwear into a churner, clean jerry cans and stack them in mountainous piles on the roofs. Old refrigerators and washing machines are dissected in 13th Compound, and the metal and plastic parts are moved along for recycling. Computer keyboards are dismantled, old furniture is broken-down or repaired, empty barrels of oil and paint are cleaned and prepared for a second life, while their virulent residues flow in the open drains.

In some of the godowns, the workers sift through plastic items according to quality, size and type – bottles, buckets, boxes and more. These are sorted, separated, washed, and, in some of the worksheds, made into pellets for eventual recasting into lower-grade plastic items. Then sacks-full are loaded onto tempos and trucks for an onward journey along the recycling chain – a  task perhaps just completed by this worker (in the cover photo) and his crew.

“Have you seen any other gaav ['village'/place] like this?" a worker here once said to me. “This place can give you everything. Anyone who comes here can find some work. At the end of the day, no one goes hungry here.”

Over the last decade though, many of the godowns have been moving out from Dharavi to other recycling hubs such as Nalasopara and Vasai at the northern edges of Mumbai, forced out by growing costs and the uncertainties of redevelopment. Plans to ‘redevelop’ Dharavi, a central Mumbai locality covering around a square mile, have been floated for years. When implemented, these will gradually push out more waste-sector businesses and thousands of workers who have for long found wages here. Their urban ' gaav ' will then make way for more highrise towers.