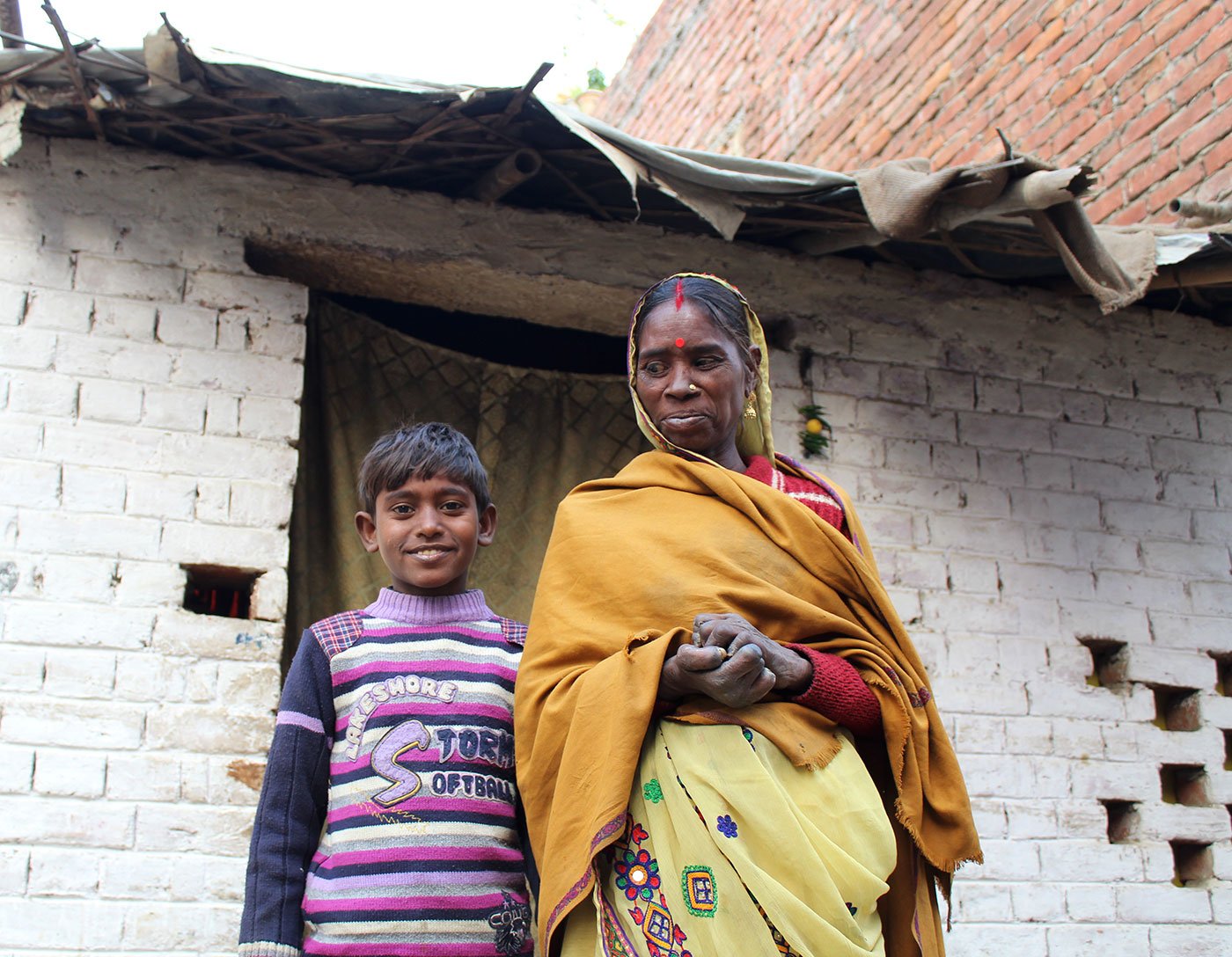 Good enough to vote, not enough for Aadhaar

Parwati Devi's fingers are damaged due to leprosy. So this waste worker in Lucknow – and possibly thousands similarly afflicted – cannot get an Aadhaar card, and without it cannot get her disability pension or rations

“If my fingers are good to vote, why are they not enough for an Aadhaar card?” asks Parwati Devi, 51, holding up her Electors Photo Identity Card (EPIC) more commonly known as the Voter ID Card. She has used this to cast her ballot in every election since 1995.

Parwati’s fingers have been stumped by the leprosy she got three years ago. The disease affects 86,000 Indians, according to the National Leprosy Eradication Programme’s Annual Report 2016-17 . Those are just the cases on record. Many others surface each year. The World Health Organisation says that more than three in five cases detected around the globe every year are in India.

It has wrecked her efforts at getting an Aadhaar, the magic card she has been told is the key to unlocking the state government disability pension of Rs 2,500 she is entitled to for her condition.

“Two years ago, my son told me I could get the pension if I had an Aadhaar. Ever since, I have tried repeatedly to get a card. But they all tell me that without proper fingers, I cannot get one,” she says.

Watch video: 'Without Aadhaar how will I eat, how will I live?' asks Parwati Devi

'But why must Aadhaar not be given to people like me whose hands god takes away for no fault of theirs? Aren't we the ones who need it the most?' she wonders

Parwati’s struggle for an Aadhaar card – the 12-digit universal identity number programme launched by the Unique Identification Authority of India in 2009, and linked to innumerable services and schemes since then – has taken her all over the place. From designated Aadhaar vendors in  Mayawati Colony – the slum settlement in Lucknow’s Chinhat block where she lives – to the block office – she has been everywhere. “I am told that my hands are not fit to be placed on the [finger printing] machine. I also carry my election [Voter ID] card to prove my identity, but it is not considered. How can that be when I am the same person?” she wonders.

Parwati migrated to Lucknow from Baraitha Udainagar village of Muzaffarpur district in Bihar some 30 years ago, after marrying Jagdish Mahato. And ever since, has laboured as a waste picker, sorting out plastic, iron, paper, and glass from garbage dumps in the city. She worked through the birth of her six children, ages ranging from 11 to 27, taking no more than just a few days off for each delivery. And earned between Rs. 50 and Rs. 100 daily, selling the garbage to waste dealers. Her day would start at 4 a.m. and end at 11 p.m. when she had completed all household chores. 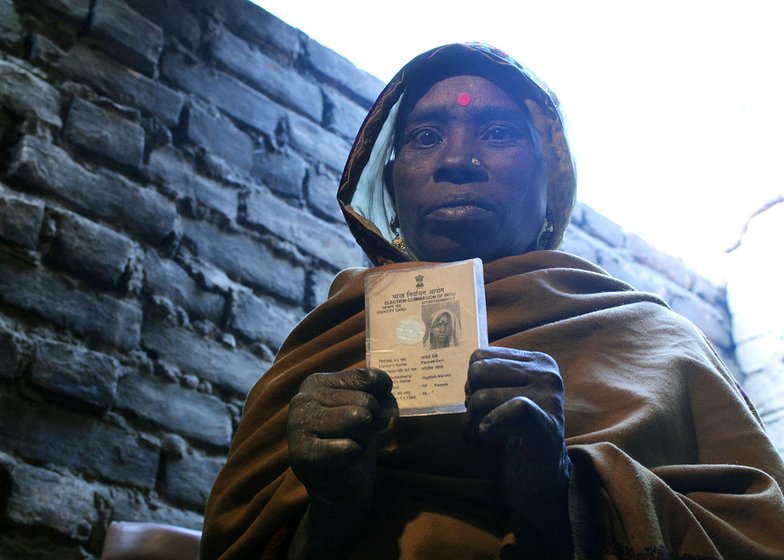 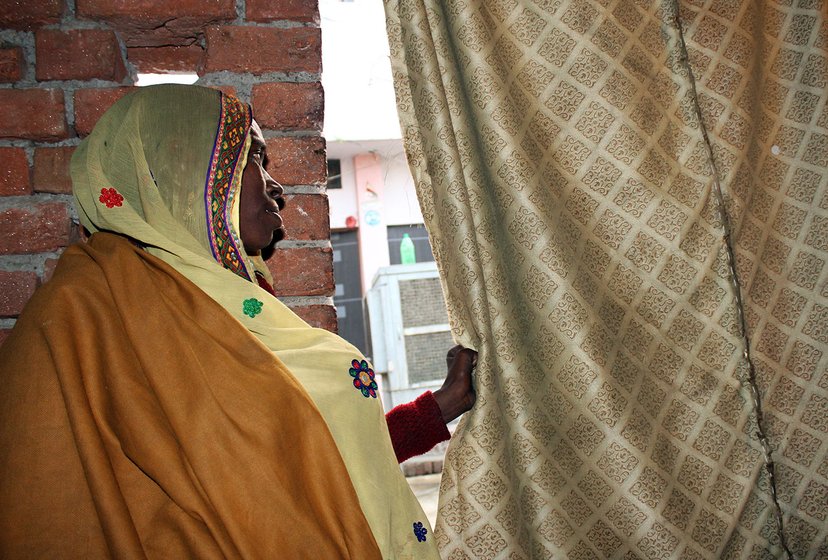 Left: Parwati with her Voter ID card: 'If my fingers are good to vote, why are they not enough for an Aadhaar card?'

Now, most days, she sits on the wooden cot in the outer room of her house, watching the world go by from behind a curtain. There are days when she feels very useless, and ventures to collect waste for a couple of hours.

“I ran the household almost single-handedly. Now I cannot even pick up the rations,” she says. Parwati has an Antyodaya Card, which entitles her family to 35 kilograms of grain (20 kg wheat and 15 kg rice) at subsidised rates from the public distribution system (PDS). In the absence of an Aadhaar card, Parwati can no longer verify her credentials at the PDS ration shop. 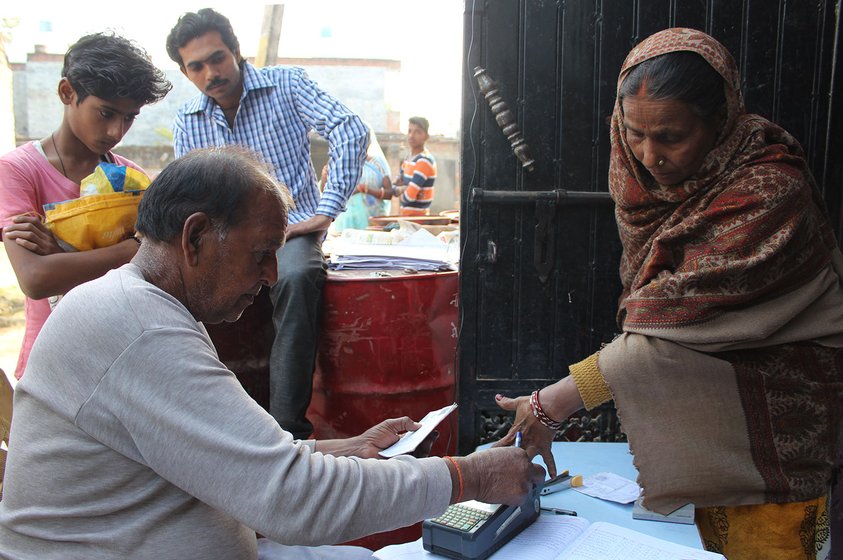 “I have known Parwati since she came here. But rules have to be followed,” the ration  shop owner Phoolchand Prasad tells us while struggling to get a fingerprint match for Surji Sahni, an Aadhaar card-bearing vegetable vendor who is Parwati’s neighbour. “We have to do as the machine says,” he shrugs, as Surji places different digits on the small contraption that beeps an approval when a match is made. (This takes time as the pads of Surji’s fingers are roughened by days spent peeling vegetables).

Parwati can only get her rations if accompanied by another family member – whose fingerprints work on the all-deciding machine. Her visits to the ration shop are complicated. Parwati’s two daughters are married and in Mumbai. Two sons shuttle between their sisters’ homes and hers, but are unemployed. Her husband stays and works as a guard at a marriage hall five kilometres away, for Rs. 3,000 a month. He gets two days off in a month and one of those is used to stand in the line for rations. Another son, Ram Kumar, 20, also works as a waste collector and resents missing work for the task. The youngest, 11 years old, ironically named Ram Aadhar, has dropped out of the private school he was studying at because the family could not afford the Rs. 700 monthly fees. He has applied for a card, but is yet to receive it.

“This Aadhaar must be a good thing. But why must it not be given to people like me whose hands god takes away for no fault of theirs? Are we not the ones who need it most?” Parwati sighs.