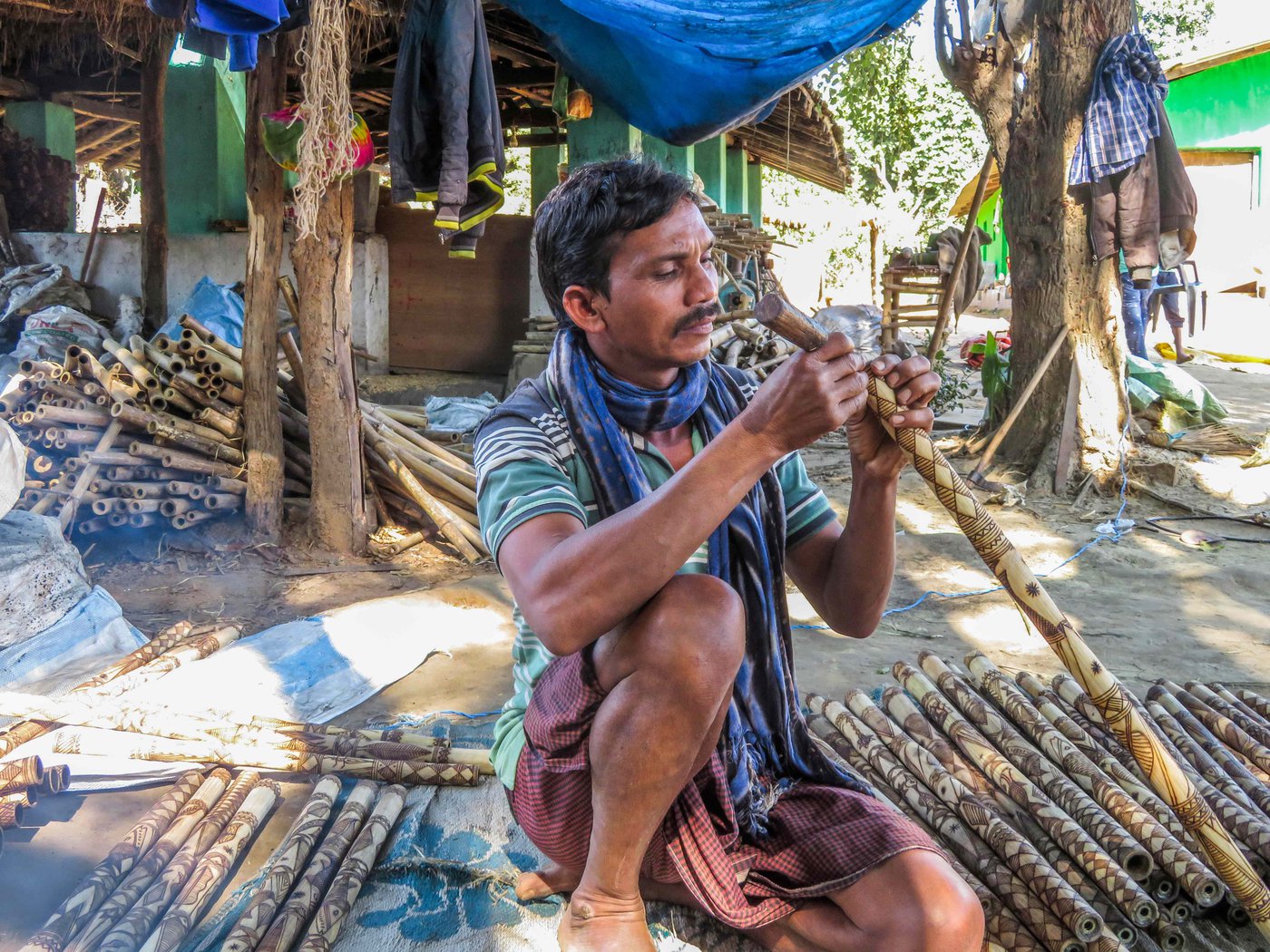 Maniram Mandawi, a flute-maker from the Gond Adivasi community in Chhattisgarh’s Narayanpur district, recalls a time when forests were rich in animals, trees and bamboo for his signature 'swinging flute'

Sitting in his open-air workshop, surrounded by large tamarind trees, Maniram Mandawi is chiselling a flute – an instrument that makes music when the wind whistles through, but which can also serve as a sturdy ‘weapon’ to scare away animals. “Those days,” says 42-year-old Maniram, of when he was young, “there were tigers, cheetahs and bears in the jungle, but if you swung this they stayed away from you.”

He calls the bamboo instrument a ‘swinging flute’ – or the s ukud bansuri in Chhattisgarhi. It does not have a mouth, just two holes, and has to be swung in the air to be played.

Each flute that 42-year-old Maniram makes – he can chisel one a day – fetches him around Rs. 50 at exhibitions in nearby towns or from handicraft organisations. Customers then purchase the flutes for at least Rs. 300 apiece.

It was a chance meeting with a master flute-maker, Mandar Singh Mandawi, that brought Maniram to the bansuri craft nearly three decades ago. “I was around 15 years old,” he says, “and had gone to get firewood from the forest when he called out to me and said ‘you are not going to school. Come, I will teach you something’.” So Maniram happily dropped out of school and began working with the late master craftsman.

The flute workshop where Maniram now works is on the edge of Ghadbangal, his hamlet of the Gond Adivasi community in the forests of Abhujhmad (Orchha) block of Chhattisgarh’s Narayanpur district. Bamboo sticks of all sizes are stacked around and smoke from small fires used to heat the tools hangs in the winter air. On one side is a makeshift shed for storing the finished flutes and chisels and knives of different sizes. Maniram works here for around eight hours a day – cutting the bamboo to size, smoothing and chiselling it, and then using a heated tool to etch floral as well as geometric designs, creating light and dark patterns on the flute with the heat.

When he is not crafting flutes, Maniram is busy working on his two-acre farmland where he grows rain-fed paddy, mostly for his family of five – his wife and three children, now young adults. He says his sons, who do odd jobs, are not interested in learning the craft (it’s practiced only by men in the community).

The bamboo for the flutes comes from Narayanpur town – roughly an hour’s walk away. “Around 20 years ago, the forest was right here and we could find bamboo easily. Now we have to go in at least 10 kilometres to find anything of value,” he says. “The jungle used to be dense and filled with big trees like sagun [teak] and fruit trees of jamun [Indian blackberry] and modiya [a local plum fruit]. There are no big trees anymore. It is going to be difficult to continue making swinging flutes.”

As we talk, sitting in that tamarind-shaded workshop, with Maniram recalling a time of abundance past, he adds, distressed and nearly in tears: “There used to be rabbits and deer here, and an occasional nilgai as well. The wild boars are completely gone too…When our children ask me tomorrow – ‘why is there nothing in the forest? were there trees and animals in the jungle?’— we will have no answers for them.” 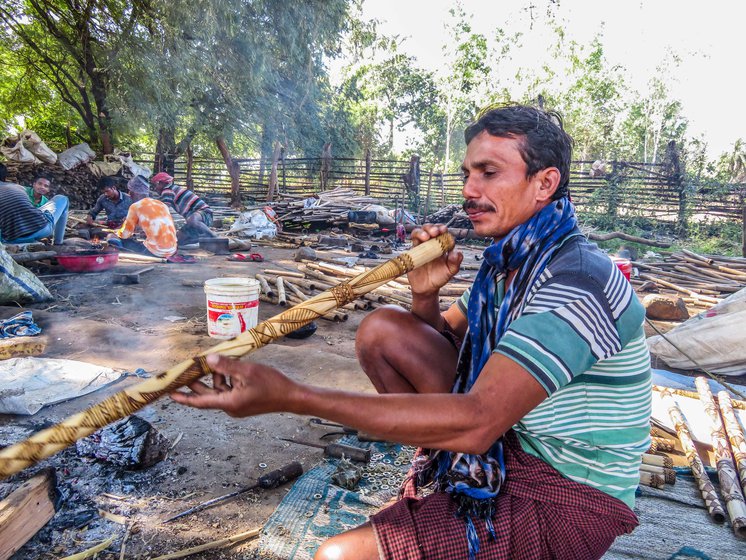 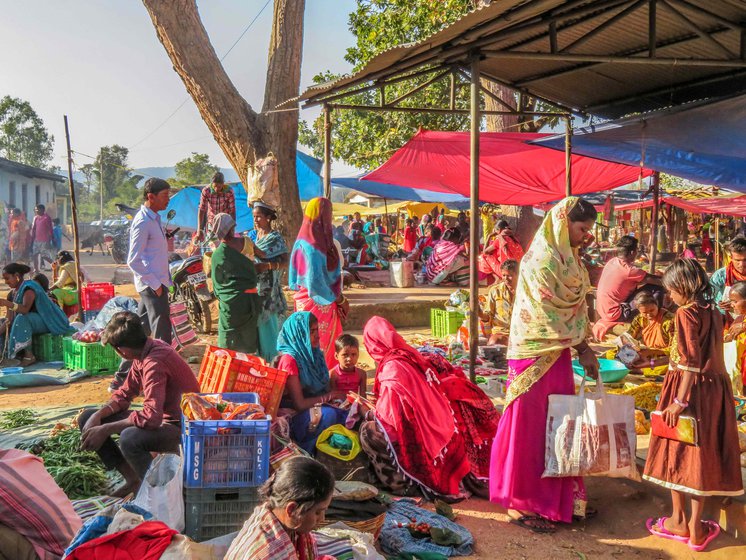 Left: Maniram's flute workshop in the forests of Abhujhmad (Orchha). Right: Forest produce traded at the haats in Chhattisgarh is becoming scarce, he says. 'The jungle used to be filled with big trees... There are no big trees anymore. It is going to be difficult to continue making swinging flutes'