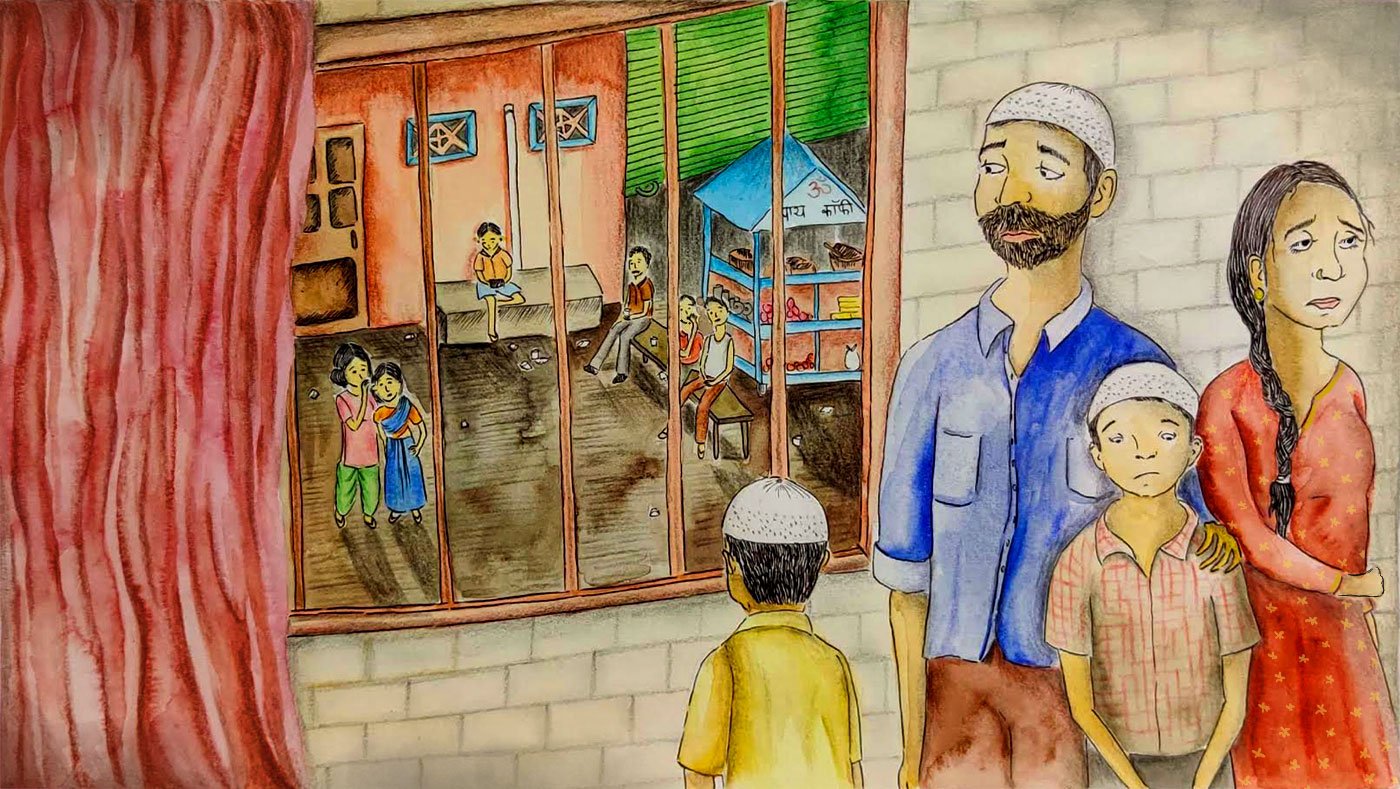 Coping with a deadly virus – a social one, too

The home-hospital-quarantine-home journeys of Covid-19 patients are not always the same for people from different communities. PARI traces the stories of of two families in Maharashtra's Marathwada region

It didn’t matter that all but one of them had tested negative for coronavirus. The sarpanch , in agreement with the villagers, had issued a diktat. The family couldn’t leave their home for a month – though the mandatory quarantine period was 14 days. One of them had been infected with the virus.

To make things worse, his was the first reported case in the district of Osmanabad. And he had returned from Panipat, Haryana, after attending a Tablighi Jamaat congregation.

While he recovered in the government hospital at Osmanabad’s Umarga taluka in Maharashtra, his family was placed under virtual house arrest. “It meant we couldn’t even harvest our crops,” says 31-year-old Mohammad Salman (name changed). “The crops ready to be harvested kept rotting as my family remained inside the house. Animals destroyed some of those crops and the rest dried up. We couldn’t salvage anything. The losses came up to Rs. 50,000.”

Salman had returned from Panipat on March 24 – the day Prime Minister Narendra Modi announced a nationwide shutdown to contain the spread of Covid-19 in India. That same week, authorities in Delhi found 2,000 people were staying at Markaz Nizamuddin, the city headquarters of Tablighi Jamaat, one of the older Islamic organisations in the capital, founded in 1926. They had gathered for a congregation that took place in Delhi from March 13 to 15, which turned out to be a hotspot of the virus. After that event, a dark campaign began, seeking to defame the whole community. 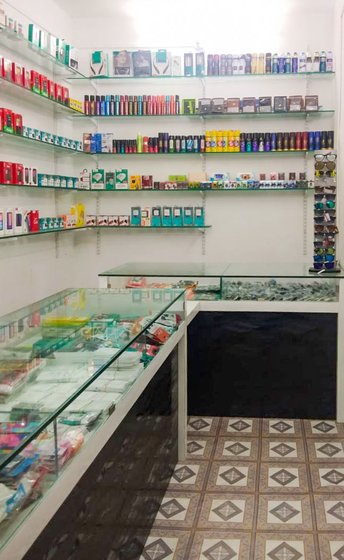 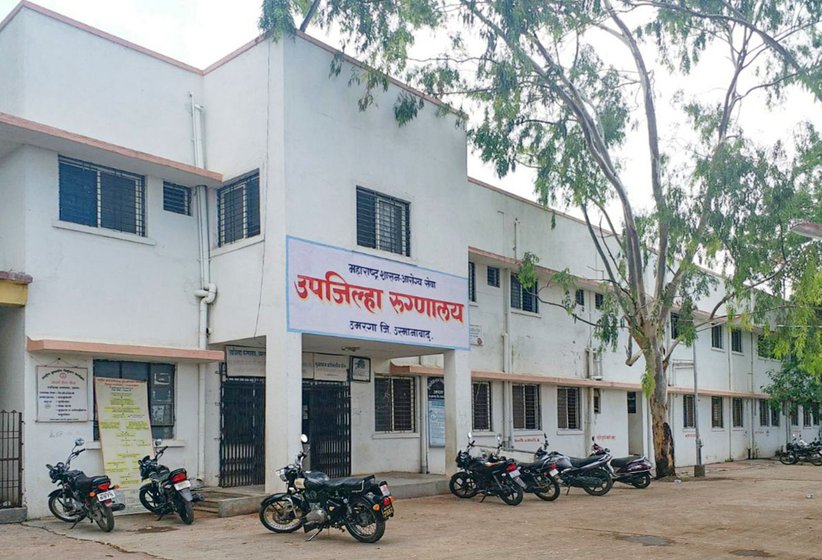 Left: Mohammad Salman’s mobile phone shop. Several who did business with him pre-corona have stopped taking his calls. Right: The government hospital at Osmanabad’s Umarga taluka, where he recovered

It didn’t matter that Salman and his wife were not part of the same congregation. “People in the village started talking behind my back,” he says. “I didn’t have any symptoms. But the gram panchayat told us to get tested. They didn’t want to take any risk. Muslims were being demonised and blamed for spreading the coronavirus across India. People in my village looked at me suspiciously.”

It would soon get worse. Salman tested positive for coronavirus on April 2. “Luckily, everyone else in my family tested negative,” he says. “I was taken to the hospital the next day.”

The damage, though, had been done. “People in the village started taunting my family for bringing the coronavirus to Osmanabad,” he says. “The sarpanch said my family couldn’t leave the house for a month. On the bright side, some decent people, including a few neighbours, ensured my family got food in the house. But we had to forget the rabi crops we had cultivated with our sweat and blood over the past six months.”

Salman has 4.5 acres of farmland located three kilometres from his village. The eight-member family – Salman, his wife, two kids, brother, sister-in-law, and his parents – cultivates soybean and moong in the kharif season and jowar and chickpeas in the rabi . “We tried hiring labourers to harvest our crops, but nobody was willing to work for us,” he says. “We have two borewells and a dug well on our farm. Still, the farmland dried up because nobody would have anything to do with us.”

Maharashtra has now recorded over 4.8 lakh cases of coronavirus. But the paranoia during the initial period of the lockdown was acute. The future seemed scary. Information was in short supply, panic in abundance.

“Everyone was hurting because of the lockdown,” says Salman. “Farmers struggled to take their harvest to the mandi . There was anxiety because of the losses we suffered, and on top of that, there was fear of contracting the virus. It seemed like our society was looking for a villain to blame for their misery. And Muslims became the target.” 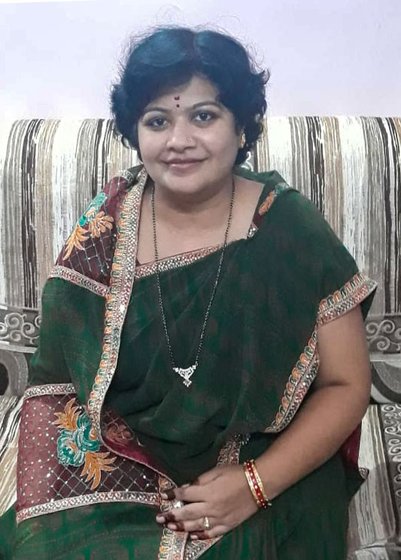 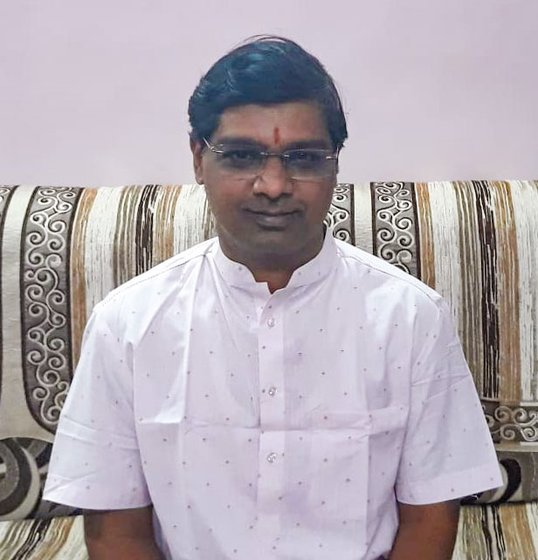 By the time Shilpa and Tanuj Baheti of Jalna district tested positive for Covid-19, Maharashtra had crossed 1.5 lakh cases

Television channels played a critical role in furthering the harassment of Muslims, says Salman. “People were idle during the lockdown,” he adds. “They would keep watching news clips on their mobile phones throughout the day. And the news clips only demonised Muslims.”

A Marathi channel even splashed Salman’s photo after he tested positive. “That clip went ‘viral’ on WhatsApp,” he says. “Everyone in the taluka saw it. People started looking at me differently. My family was made to feel ashamed. It was humiliating.”

At the hospital, things were better. Salmam was one of the early admissions, and found the doctors were more attentive – and the hospital wasn’t overflowing with patients. “I received regular check-ups,” he says. “My ward was neat and clean. When the hospital released me after 20 days, they held a small celebratory ceremony as I was the first one to have recovered.”

Shilpa and Tanuj Baheti were less fortunate in that regard. By the time the couple in Jalna district tested positive for Covid-19 in the last week of June, Maharashtra had crossed 1.5 lakh cases. The virus wasn’t just limited to the urban centres. And the dilapidated health infrastructure in the hinterland had been overwhelmed.

Residents of Jalna town – 220 kilometres from Osmanabad – Shilpa and Tanuj spent the first two days in the district’s civil hospital, and a week after that in a makeshift quarantine centre. The way they reached both places was in itself unusual. 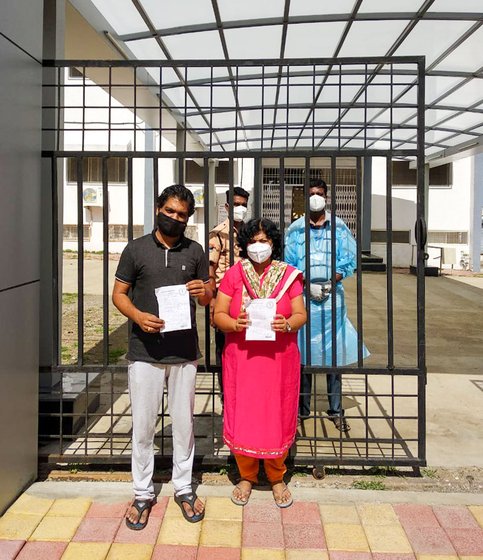 Tanuj and Shilpa with their discharge papers, outside the quarantine centre

Not wanting to alarm others in his housing society, Tanuj, burning with fever, rode his two-wheeler to the hospital to admit himself there – instead of calling for an ambulance. “The doctors at the civil hospital know me well,” he says. “They knew I wouldn’t be irresponsible and would directly come to them. My wife took a rickshaw.”

When the couple tested positive, they sent their 13-year-old daughter to her grandmother’s house, also in Jalna town. She had tested negative.

“We both had 102 degrees temperature,” says Shilpa, 40, a college professor in the government-aided Jalna Educational Society College. “After two days at the hospital, we were shifted to a nearby building because they needed space for patients in a more serious condition.” That building was made into a quarantine centre when the number of cases began to rise in Jalna district.

When the patients were moved to the two-storied quarantine centre, says Tanuj, 42, they had to walk with their luggage. “We were sick. We had high fever. We were feeling weak. Upon reaching the quarantine centre, I requested for a room that would accommodate the two of us,” he says. “There was a common ward on the ground level, but we got a room for ourselves on the second floor. When we reached, it was dusty and dirty. The common toilet for the floor was disgusting, there was no light and the water was overflowing.”

Another patient on the same floor told Tanuj – who is a distributor of Dettol products in Jalna – that the condition of the room he had been given had been the same for days. “I complained to the collector, made repeated calls – and it was cleaned up after 2 or 3 days,” he says. “I even made a video of it that went viral on social media.”

A week in that quarantine centre could worsen a patient’s state of mind, adds Tanuj. “Even the food you get at such places is of really low quality. A friend of mine found worms in the dry fruits he was given. The least you can do is make patients feel comfortable when they are emotionally struggling and tense. There are a lot of taboos around the coronavirus. People look at you as if you have committed a crime.” 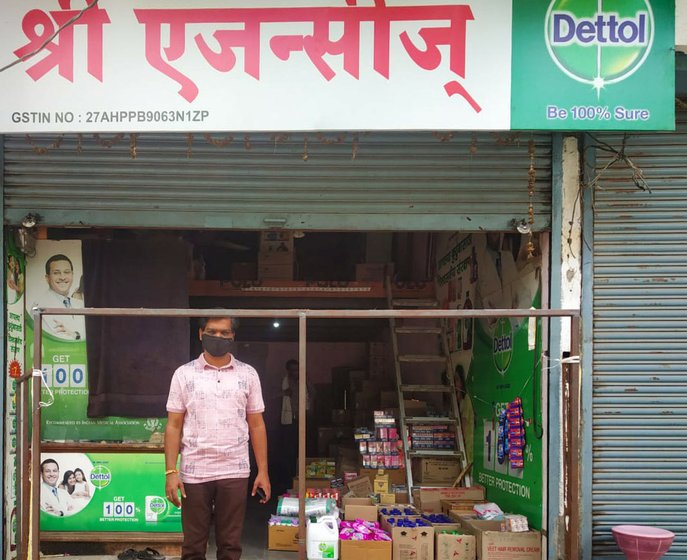 Tanuj Baheti outside his shop that sells Dettol. He  has benefited from the lockdown – the demand for Dettol has never been higher

Both endured the uncomfortable period at the quarantine centre and got back home in the second week of July. “We did not leave the house for a week after that, just as our doctors had instructed,” says Tanuj.

He, ironically, has benefited from the lockdown – being a distributor of Dettol. With the emphasis on repeated hand-washing, he says, the demand for Dettol has never been higher in Jalna district. “If I made Rs. 30,000 a month before the coronavirus, that rose to Rs. 50,000. Except for the month I couldn’t work, I have done well.” The family also had the cushion of Shilpa’s job at a government college.

“It has been two weeks now and our life is slowly getting back to normal. People around us have also warmed up to us on our return,” says Tanuj.

Salman, however, doesn’t have that privilege. Even after three months of being virus-free, he continues to draw dubious glances while walking on the road. “They [others in his village] roam around without masks all over the place – but pull them on while crossing my house,” he says. “They still look at me differently. After me, there were several workers from Mumbai and Pune who brought the virus to Osmanabad. They weren’t humiliated the way I was and still am.”

Salman had started a shop selling mobile phones in November last year. "It was Diwali," he says. "It was a good time to begin something new." He even made a decent profit of Rs. 20,000 a month, until the lockdown struck. In June, when he reopened the shop, people were reluctant to buy from him, he says. Several who did business with him pre-corona have stopped taking his calls.

It did not matter, he says, that he had donated his plasma to help the recovery of other coronavirus patients. "I sat at my shop for two weeks," he adds. "But nobody would come near it. I sat idle, looked at the traffic, and got back home in the evening. After two weeks, I gave up. I have had to shut my shop."

Cover illustration: Antara Raman, a recent graduate of Visual Communication from Srishti Institute of Art, Design and Technology, Bengaluru. Conceptual art and storytelling in all its forms are the biggest influences on her illustration and design practice.