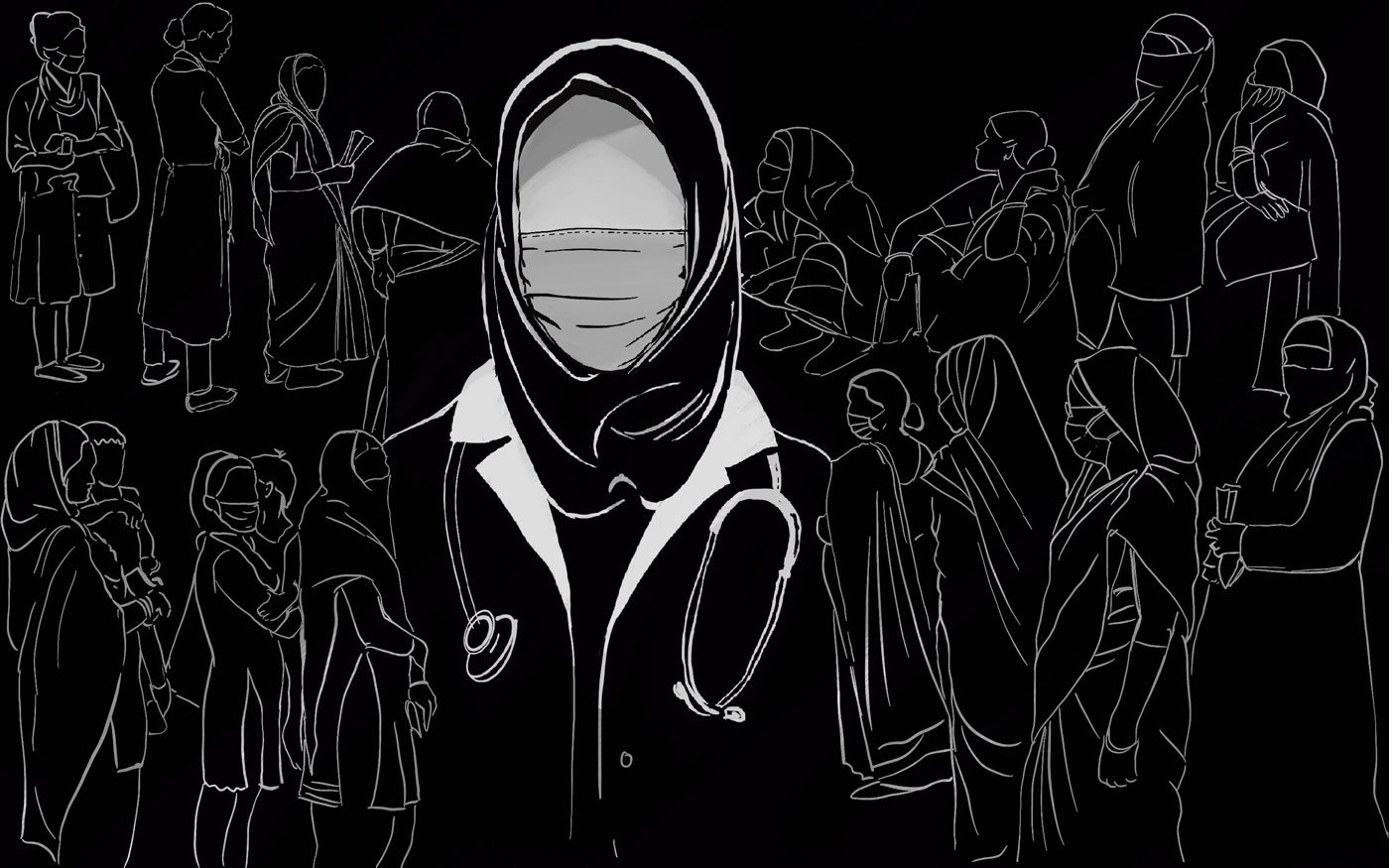 For the few female gynaecologists working in Bihar's Kishanganj district, the day is long, medical supplies are short, and handling their patients' multiple pregnancies and contraception reluctance is an uphill task

Every evening, after returning from work around 5 p.m., Dr. Shabnam Yasmin heads straight to the rooftop of her pale-brown house. There, she has a bath, disinfects everything she has taken to her workplace including pens and diaries, washes her clothes (the terrace is set up for all this), and then goes downstairs to be with her family. It’s a routine she has followed meticulously for much of the last year.

“I worked fully throughout the pandemic [lockdown], when everything was shut, even private hospitals were shut. I never tested positive, some of my colleagues did. In fact, we handled two Covid-19 positive pregnancies in the hospital, successfully,” says 45-year-old Dr. Yasmin, a gynaecologist and surgeon at the Sadar Hospital, around a kilometre from her house in Kishanganj town in northeast Bihar.

The stakes are high for Shabnam. She cannot risk being a coronavirus carrier. Her mother and children are at home – two sons, 18 and 12 years old. As is her husband, 53-year-old Irtaza Hasan, who is recovering from a renal complication, and that requires being doubly careful. “I have been able to work [the last one year] because of my mother, Azra Sultana. She took charge, otherwise I am everything rolled into one – a doctor, housewife, teacher, tutor,” Yasmin says.

That’s been a running thread in her life since 2007 when she completed her medical education. “I was pregnant in my final year of MBBS. For almost six years after my marriage I never stayed with my family. My husband worked as a lawyer, he practiced in Patna. I would practice wherever I was sent,” Yasmin says.

Before her posting at Sadar Hospital, Dr. Shabnam was posted in 2011 at the primary health centre (PHC) in Thakurganj block, around 45 kilometres from her house. She had got this government job after a private practice as a doctor for a few years, which she began upon receiving her MBBS degree from Rajendra Institute of Medical Sciences in Ranchi in 2003, and a post-graduate degree from Patna Medical College in 2007. To reach the Thakurganj PHC, she would take a local bus up and down, leaving her second-born infant son with her mother. It was hard and strenuous, so after nine months she shifted to Thakurganj with her mother and children. Her husband Irtaza stayed on in Patna and would visit them every month. 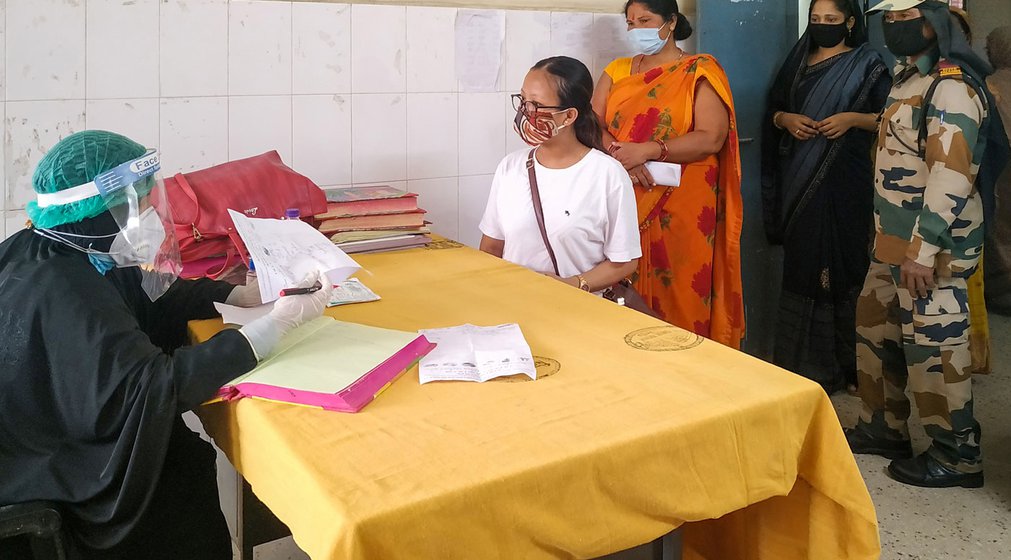 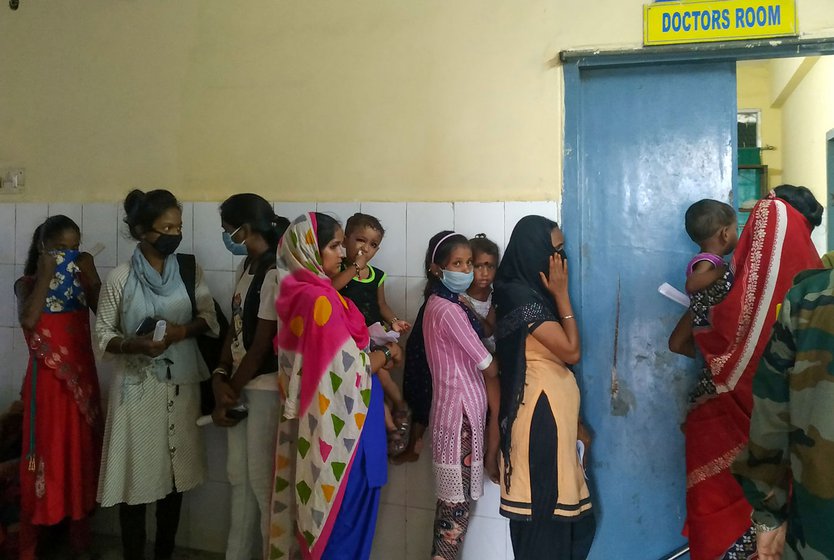 Dr. Shabnam Yasmin and women waiting to see her at Sadar Hospital: 'I worked throughout the pandemic [lockdown], when everything was shut...'

“I had the support of my husband, but the journey two times a day was terrible, and that life was hard. The worst thing was I could barely do anything. I am a surgeon. But I could not operate. There was nothing there [at the PHC] in terms of equipment, no blood bank, no anaesthetics. There would be complications in deliveries and all I could do was refer. I could not even do a caesarian. No intervention, [just tell them to] take a bus [to the nearest hospital],” Yasmin says, recounting those days.

Outside her consulting room at Sadar Hospital in Kishanganj district, around 30 women are waiting to see her. Most of them want to talk or be examined only by a female doctor. The hospital has two, Dr. Shabnam Yasmin and Dr. Poonam (who uses only her first name), both from the obstetrics and gynaecology department. The two doctors each handle 40-45 cases daily, but then too some of the women return home without seeing the doctor due to the overcrowded waiting area.

It’s a 48-hour work week for both doctors, but often that remains just a number. “Surgeons are in short supply, so on days when we are operating, I lose count. If there are cases related to sexual assault and rape, I have to go to court. The whole day goes in that. There are old reports to file and as surgeons we are on call, always,” Yasmin says. Kishanganj district has about 6-7 female doctors, estimate the doctors I spoke to between its seven PHCs, one referral centre and the Sadar Hospital. About half of them (though not Yasmin) work on a contract basis.

Their patients – most of them from Kishanganj, a few from neighbouring Araria district, and some even from West Bengal – mainly come for regular pregnancy-related check-ups and ante-natal care, as well as with complaints of a painful abdomen, pelvic infections, painful menstruation and infertility. “The majority of women I see, whatever they may have come for, have anaemia. Iron pills are available free of cost [at the PHCs and hospital], yet there is just a complete lack of awareness and attention on their own health,” Yasmin adds.

The National Family Health Survey ( NFHS-4, 2015-16 ) offers data that supports Dr. Yasmin’s observation: in Kishanganj district, 67.6 per cent percent of all women aged between 15-49 are anaemic. The figure drops marginally to 62 per cent for pregnant women between the age of 15-49. And only about 15.4 per cent consumed iron folic acid for 100 days or more while they were pregnant. 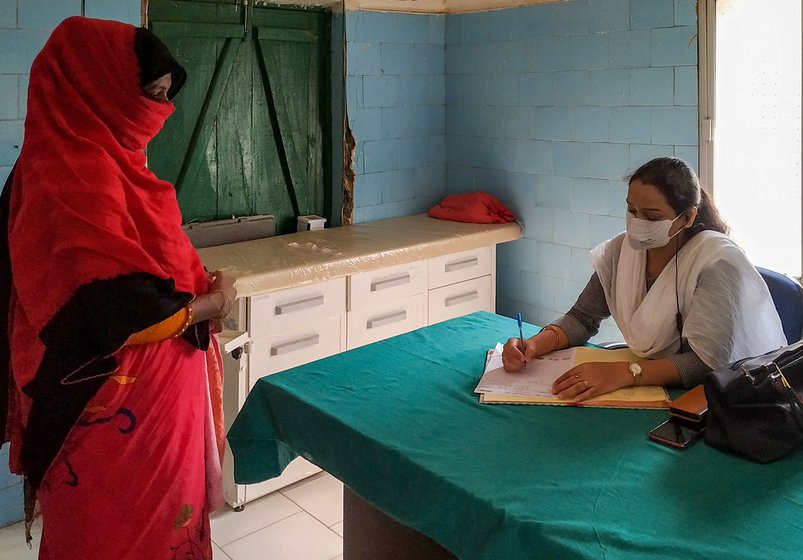 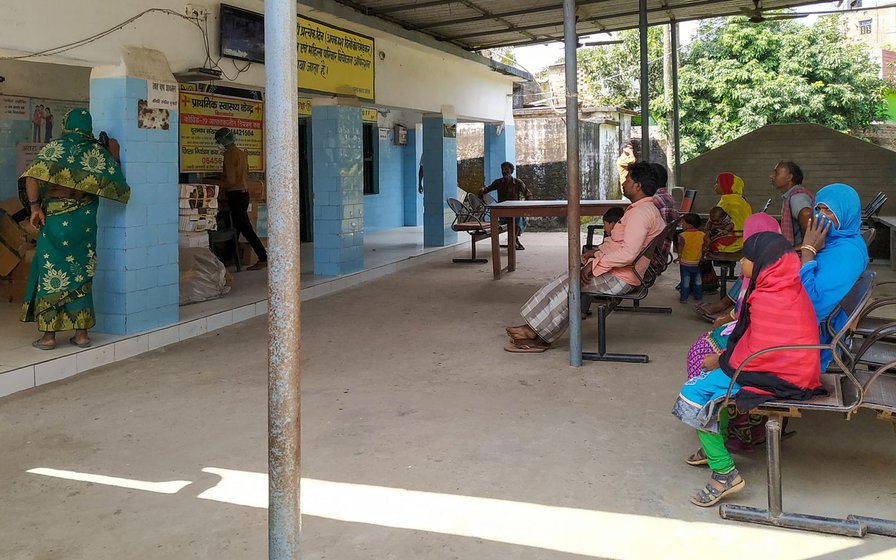 Only 33.6 per cent of childbirths in Kishanganj district are institutional deliveries. A big reason for this, says Dr. Asiyaan Noori (left), posted at the Belwa PHC (right), is because most of the men live in the cities for work

“The health of the woman is simply not a priority. They don’t eat healthy, get married early and even before the first child turns one, she has conceived again. By the second child, the mother is so weak, she can barely walk. One thing follows another, and so they are all anaemic,” says 38-year-old Dr. Asiyaan Noori, posted at the Belwa PHC in the same block, around 10 kilometres from Sadar Hospital. And sometimes, by the time the mother is brought in for the delivery of her second child, it is too late to save her.

“There is a shortage of female doctors already. If we are unable to attend to patients, or if a patient dies, there is a ruckus.” Yasmin says, adding that it’s not only the family members but also a syndicate of ‘quacks’ or unqualified medical practitioners operating in the area who threaten them. “ Aapne inhe chooha to dekho kya hua [You touched the patient and see what happened],” one family member had said to Yasmin after a mother died during childbirth.

Only 33.6 per cent of childbirths in Kishanganj district are institutional deliveries in public hospitals, notes NFHS-4. A big reason for this, Dr. Noori says, is because most of the men live in the cities for work. “In such cases, movement during delivery for the woman is not possible, and so the babies are delivered at home.” She and other doctors here estimate that the majority of childbirths occur at home in three blocks of Kishanganj district – Pothia, Dighalbank and Terhagachh (all of which do have PHCs). From these blocks, a scarcity of transport to quickly reach Sadar Hospital or private clinics, and small streams along the way, make it difficult for the women and their families to reach the hospital.

In 2020, during the pandemic-related lockdown and its aftermath, institutional deliveries in Kishanganj district went further down. Women stayed away due to the curbs on movement of vehicles and the fear of contracting the virus at hospitals. 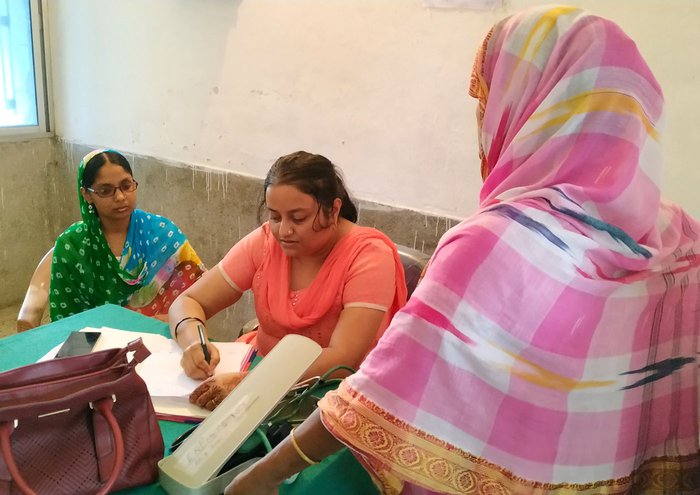 Dr. Mantasa at the Chattar Gachh referral centre in Kishanganj's Pothia block:. 'A big part of my day goes in talking to women about family planning...'

'Older women [in the family] do not like it when we explain to mothers and fathers about contraception. I have been shouted at, and the mother or couple is asked to leave when I start talking. It doesn't feel nice to hear this...'

"But that has improved now," says 36-year-old Dr. Mantasa, posted at the Chhatar Gachh referral centre/ maternity and child welfare centre in Pothia block, 38 kilometres from the Kishanganj district headquarters. She is facing challenges that are similar to what Dr. Yasmin encountered in the early years of her career– staying away from her family and arduous commutes. Her husband lives and works in Bhagalpur, and her only son stays with his maternal grandparents in Katihar district.

“Older women [in the family] do not like it when we explain to mothers and fathers about contraception. I have been shouted at, and the mother or couple is asked to leave [by the older women accompanying them to the clinic] when I start talking. Sometimes, if am in the village, I have been asked to leave. It doesn’t feel nice to hear this, but we have to do the work we do,” says Dr. Mantasa, who, like Dr. Yasmin, is the first doctor in her family.

“My late father, Syed Qutubddin Ahmed, was on the paramedical staff in a government hospital in Muzaffarpur. He used to say there should be lady doctors, then women will come. I became one,” Dr. Yasmin says, “and we need so many more here.”


PARI and CounterMedia Trust's nationwide reporting project on adolescent girls and young women in rural India is part of a Population Foundation of India-supported initiative to explore the situation of these vital yet marginalised groups, through the voices and lived experience of ordinary people.