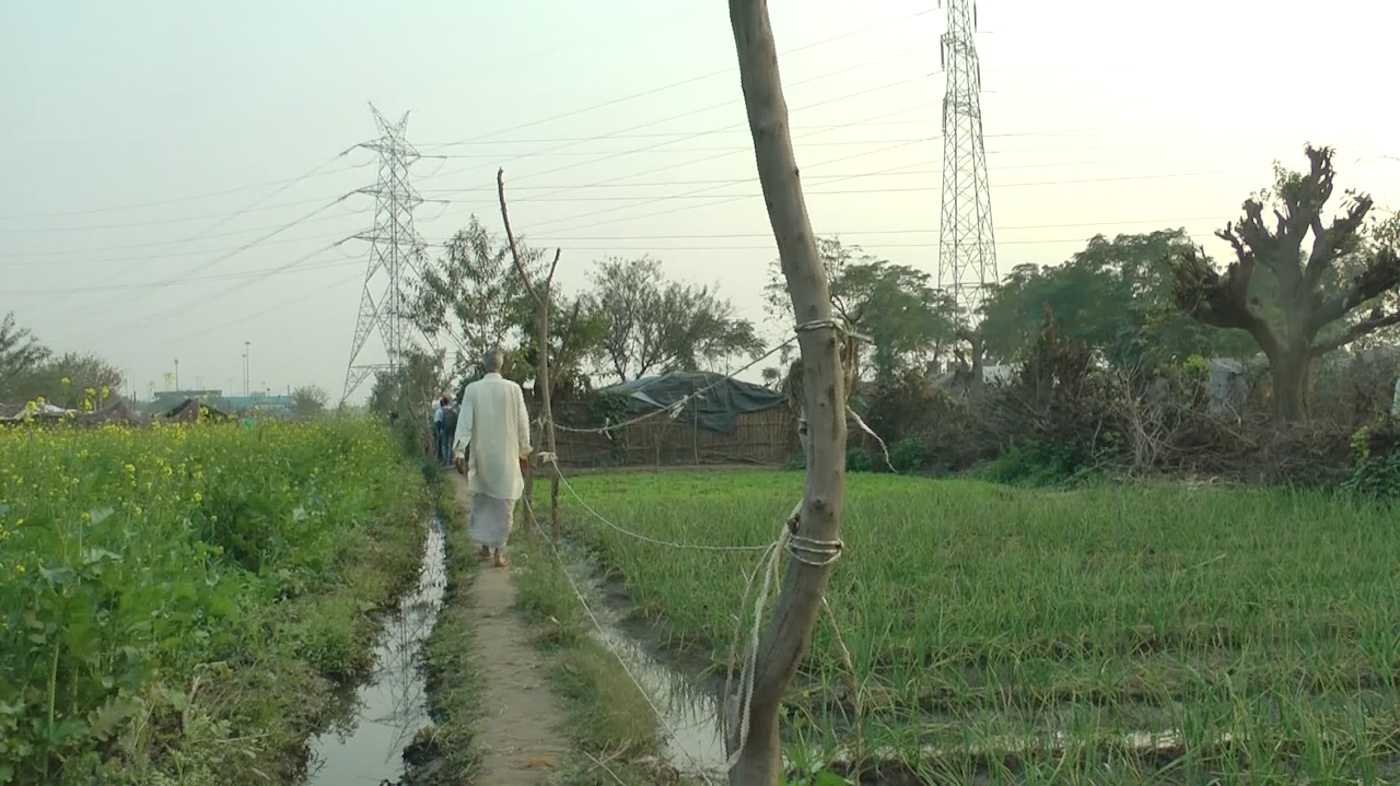 Farming and its Crisis , The Rural in the Urban , Resource Conflicts , VideoZone • March 12, 2019

‘They say there are no farmers in Delhi’

Farmers have been cultivating land for decades in the Chilla Khadar locality on the outskirts of Delhi. But the authorities see them as squatters and destroy their crops, adding to their hurdles to farming

Near the Delhi-Noida Direct Flyway in East Delhi, close to the Yamuna river, is a sandy road that branches out into green fields. It leads to to an area called Chilla Khadar  (listed as Chilla Saroda Khadar in the census).

Most of the roads here are dusty and uneven ; there are electricity towers, but residents say they don’t get any power supply. Seventy-year-old Subedaar Singh Yadav, who has lived here for nearly 50 years, migrated to the area to farm musk melons with his paternal uncle. He is from Dharammarpur Uparwar village in Karanda tehsil of Ghazipur district in Uttar Pradesh. From melons he moved on to farming vegetables, wheat and paddy, and rearing livestock. A tenant farmer, he cultivates 15 bigha (around 3 acres) of land with his family and employs two agricultural labourers.

Since the Yamuna’s waters have become polluted, farmers here have built tube wells to irrigate their fields. Chilla Khadar, Yadav says, is susceptible to flooding and attacks by wild animals. But it’s the landowners – not the tenant farmers – who receive compensation for flood-induced crop losses from the state, he adds. And at the mandi , the middlemen decide the rate of the farmers’ crops, forcing them to incur losses.

Though the farmers here say they have been cultivating this land for decades, the authorities see them as squatters, and intermittently demolish their homes and destroy their crops. “Just 10 days ago the DDA [Delhi Development Authority] ran its bulldozer over someone’s farm,” says Yadav. “It destroyed standing crops and our jhuggi s [huts]. If the government wants the land, we’ve told them we won’t come in your way. But it’s wrong of them to destroy our homes.”

Listen to Yadav and other residents of Chilla Khadar speak of their concerns in this video.

The author would like to thank Abdul Shakeel Basha of the Basti Suraksha Manch, a collective that runs informal schools in Chilla Khadar and advocates for its residents when they are evicted from their homes.