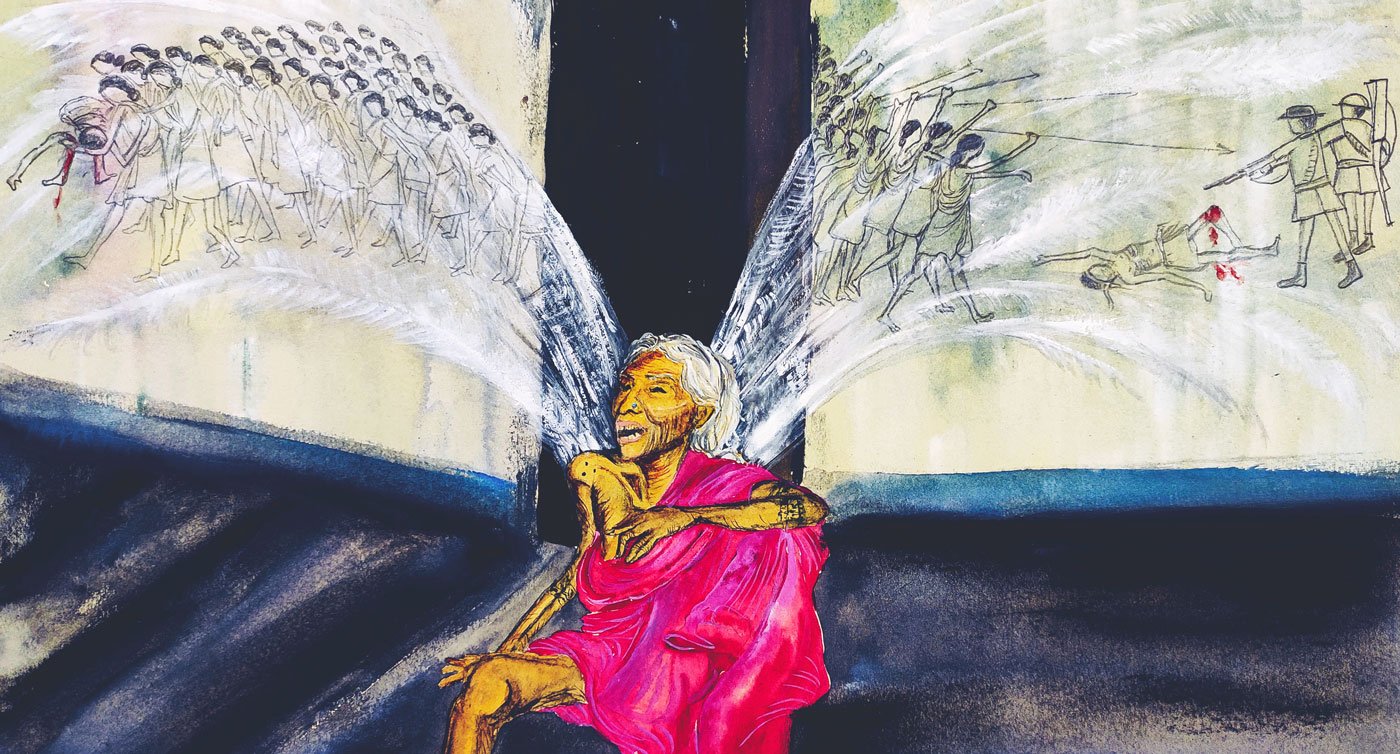 So many Salihans now, all dreamers of dreams

As the sun sets behind the rugged hills of the Eastern Ghats, the shrill calls of the hill mynah in the adjacent forest are crushed under the heavy sounds of boots of the paramilitary forces. They are patrolling the villages once again. It is the evenings that she fears the most.

She does not know why she was named Demathi. “She was a fearless woman from our village, who chased the British troops away, all alone,” mother would tell the story, excitedly. But she was so unlike Demathi – she was timid.

And she learned to live with a stomachache, hunger, without much water, without money in the house for days, with suspicious eyes, threatening stares, regular arrests, torture, people dying. But all through, she had the forest, the trees, and a spring by her side. She could smell her mother in the saal flowers, hear her grandmother’s songs echo in the forests. As long as she had them, she knew she would survive her troubles.

But now they wanted her out, out of her hut, her village, her land – unless she could show a paper that proved all that she knew. It was not enough that her father had taught her the names of various trees and shrubs, barks and leaves, that all had healing powers. Every time when she went with her mother to collect fruits, nuts and firewood, her mother showed her the tree under which she was born. Her grandmother had taught her songs about the forests. She had run around the place with her brother, watching birds, echoing their calls.

But can such knowledge, these stories, songs, and childhood games, be proof of anything? She sat there wondering about the meaning of her name, and about the woman after whom she was named. How would Demathi have proved that she belonged to the forest?

Demathi Dei Sabar is known as ‘Salihan’ after the village in Nuapada district where she was born. She was closing in on 90 in 2002, when P. Sainath met her (the link to that story is below). Her incredible courage unrewarded and – outside her village – largely forgotten, living in degrading poverty

A long time
I stared at her
old Demathi laughing
teeth loosely hanging.
From an opening
between her two big front teeth
she pulled me in
into the abyss
of her hungry stomach.

A scorching darkness
as far as eyes could see
and beyond.
No divine crowns
No diadems
No clubs
No discus
With a stick
shining with the light of a million suns
blinding the eyes
stands the fragile frame of Demathi
and coming from her
and disappearing in her are
Eleven Rudra
Twelve Adityas
Eight sons of Vasu
Two Ashwini Kumars
Fortynine Maruts
Gandharva Gana
Yaksha Gana
Asuras
and all the accomplished Sages.
Born of her
are forty Saliha girls
eight million four hundred thousand Charan Kanyas**
all uprisings
all revolutionaries
all dreamers of dreams
all voices of anger and protest
all unyielding mountains
the Aravallis
the mount Girnar.
Born of her
merging into her
are mother, father,
my entire universe!

You can read the story of the original Demathi here .

* Vishwaroop Darshan is Krisha's revelation of his true, eternal form to Arjun in the 11th chapter of the Bhagavad Gita. The chapter describes this form with a million eyes, mouths, hands holding many weapons, encompassing the infinite universe including all forms of Gods and Goddesses, all things living and non-living.

** Charan Kanya is the title of one of the most celebrated Gujarati poems by Zaverchand Meghani, about the valour of a 14-year-old girl from the Charan tribe in Gujarat, who chases away  with a stick  the lion that has come to attack her hamlet.