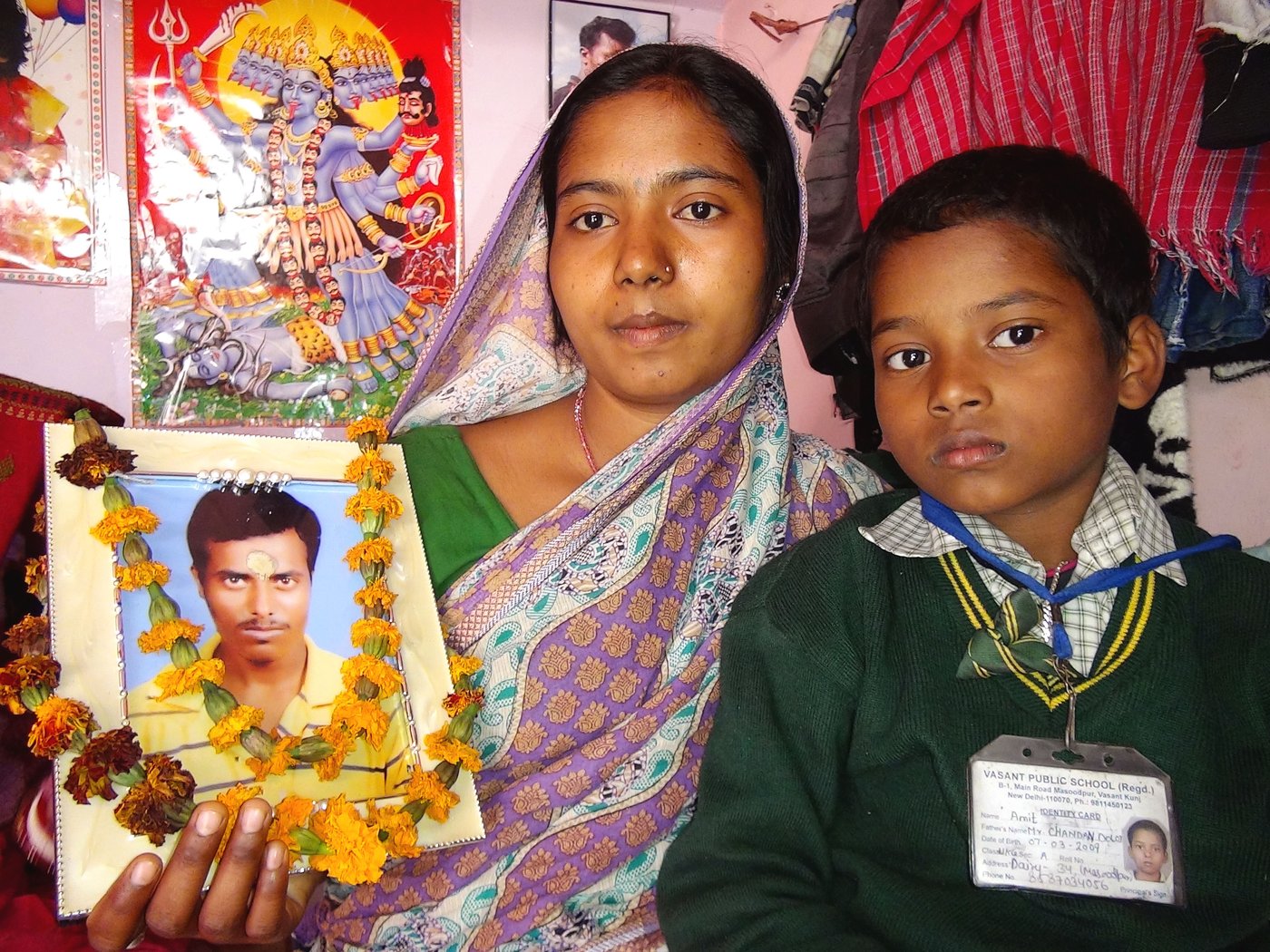 'No life should end in the gutter'

In November 2016, Chandan Daloi died while cleaning a septic tank at a Delhi mall. ‘Why is only our caste employed for cleaning the sewers, and why are people still dying inside them’, asks his wife, Putul

It has been six months since Putul Daloi's husband, Chandan, died. The approach to her tiny home in Bengali Mohalla in Vasant Kunj, New Delhi, takes you through streets crowded with cows and buffaloes. This is the heart of the dairy business, and the smell of cowdung hangs in the air. Most of the inhabitants of the mohalla are Bengali migrants.

On one wall of 26-year-old Putul's home is a poster of Durga, in her Kali incarnation. Beside it is an old photograph of her husband. A more recent photograph of him stands on a table with a lighted agarbatti before it.

Chandan Daloi, 30, had worked at the Vasant Square Mall for seven years. He was part of the housekeeping team employed by World Class Services Private Limited to provide cleaning services. On November 11, 2016, Chandan and another worker were asked to clean a septic tank in the mall’s premises. Chandan descended into the tank – without any protective gear – and choked on the poisonous gases. His colleague Israil jumped in to help him, but he collapsed too. News reports state that a beat constable used a rope to pull them out of the tank and rushed them to hospital. Chandan was declared dead on arrival. Israil survived.

"When I heard the news, I ran to the mall," Putul recounts, "but I was not allowed in. I was told that Chandan had been sent to Fortis Hospital. Hundreds of people from Bengali Mohalla gathered at the hospital, but we were chased away. I pleaded that he was my husband, I had to see him. Even my son was not allowed in. They chased us away as if we were criminals. 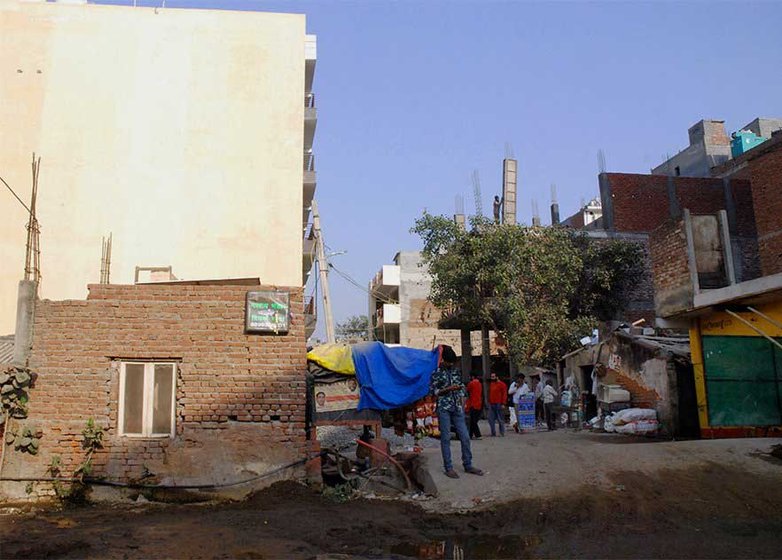 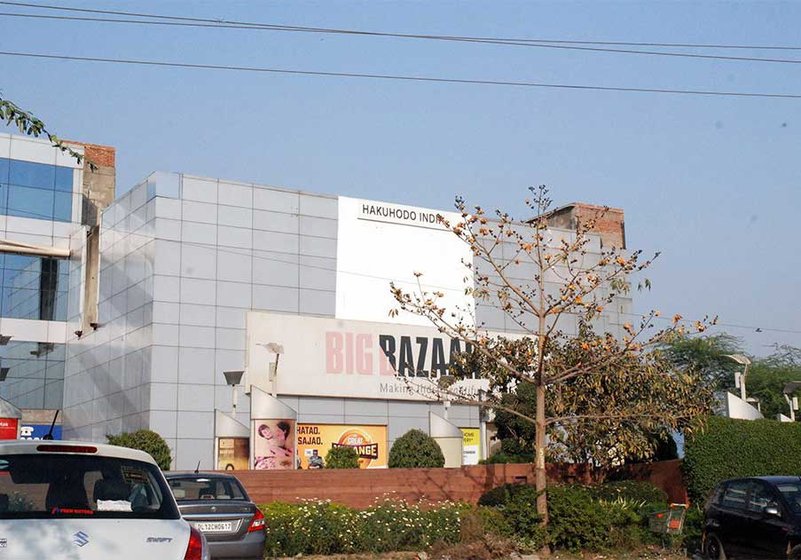 Putul Daloi lives in Bengali Mohalla (left) in New Delhi , not far from the mall where her husband worked

“The anguish of not being able to see him in his last moments continues to haunt me." Putul is close to tears as she speaks. “My husband was made to do this illegal work," she says. Putul told him to quit the job when she learnt he had to clean the septic tank from time to time. But Chandan had disregarded her, believing he would lose the job if he refused to clean the tank and knowing that it would not be easy to get another job.

"Those who made him do it must be caught. Everyone knows there is fatal gas inside the tanks, yet my husband was asked to go down into it. Why? Why are only people of my caste employed for cleaning the sewers and gutters? There is such a hue and cry about "development" in India, and yet humans are made to clean the shit out of the gutters of malls? Why are people still dying inside those sewers? I want answers to my question."

Fortunately, Putul is not alone in her battle for justice. She has not succumbed to pressure. An IT professional at whose house Putul is employed as a domestic worker helped her file the first information report (FIR) with the police. Non-governmental organisations and the employer of another relative in the mohalla also provided support.

Putul told him to quit the job when she learnt he had to clean the septic tank from time to time. But Chandan believed he would lose the job if he refused to clean the tank

Watch video: ‘Whatever I lost is lost, he has gone…'

"The post-mortem report testified to the truth – the cause of death was suffocation due to poisonous gas," adds Deepali Daloi, Putul's relative. "The company tried to manipulate the report, saying that the death had been caused by electrocution. But everyone knows the truth. When the sahibs from the kothis [housing colonies] threatened to file a case against the company, they corrected the report.” The system is apathetic to us, Deepali adds. "If such is the state of affairs in Delhi, can you imagine the situation in far-flung villages?"

After months of follow-up, Chandan's employers paid Putul Rs. 10 lakhs. (A Supreme Court judgment of March 27, 2014, recommended that amount as compensation for all those who had died while cleaning sewers/septic tanks since 1993.) And they assured Putul that she would be given a job.

Ironically, they offered her the same housekeeping job that had claimed the life of her husband.

“Finally," Putul says wryly, "caste matters. I cannot get my husband back. I want only that no one else should have to face this ordeal. No life should end in a gutter.”

Putul is from the Bagadi community, a Scheduled Caste, as was Chandan. They came to Delhi from Kandikpur village in the Sundarbans, in South 24 Parganas district of West Bengal. There was no work in the village. At the mall, Chandan earned Rs. 9,800, and they paid Rs. 3,500 as rent for their room. 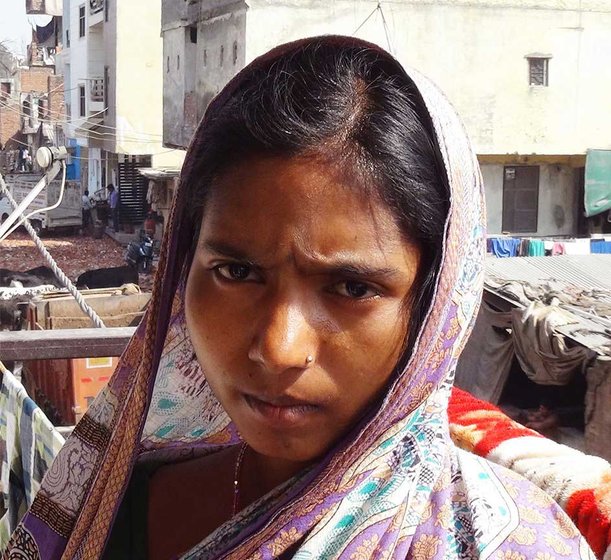 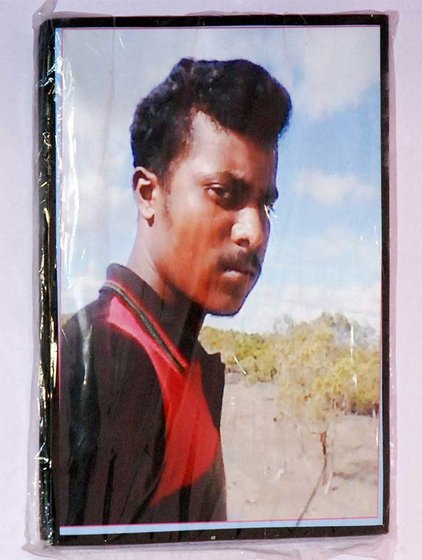 'Everyone knows there is fatal gas inside the tanks, yet my husband was asked to go down into it', says Putul, about how Chandan Daloi (right) lost his life

Now depressed and unable to resume her work as a cook in the bungalows nearby, Putul knows that she cannot return to the Sundarbans. There is nothing to go back to. Her mother-in-law, brother-in-law and his family barely manage to live off their 2–2.5 bighas (roughly 0.6 acres) of farmland.

Though she hates the idea, Putul knows she may end up taking the cleaning job on offer. "Now it is a compulsion. Everyone says that with this work I can bring up my child in a better and more secure way.”

Amit, her nine-year-old son, returns home from school with a strawberry ice cream. He is in upper KG at the Vasant Public School. He remembers his father taking them to the mall for pizza and burgers. And then, that November day, he saw his father being brought home, stitches running down his body from head to navel.

"They made him go down into that dirty gutter and he died in it," says Amit fiercely. "They put a safety belt there later, just to deceive people. Had the belt been there earlier, it would have got dirty as Papa climbed into the gutter. But the belt was spotless."

'When my friends in school learnt about the death of my father, they asked me why he got into that gutter, why was he doing this dirty work in the first place?'

Watch video: ‘Papa should have not gone like this’

Amit has grown up to caste prejudice all too quickly. "When my friends in school learnt about the death of my father, they asked me why he got into that gutter, why was he doing this dirty work in the first place? I had not known my father was doing this work, so I was silent."

He picks up a mobile phone and shows me pictures of his father. He has a story to accompany each photograph. "When Papa went down into the gutter, he took off his clothes and left the phone with them. After he died, I have taken his phone," he explains. "Every day after school I look at his pictures and then play for some time on the phone."

Amit jumps up and points to a red footprint, framed on the wall. It is an impression of Chandan’s foot, taken after his death. The red is from the alta used to decorate the hands and feet on auspicious occasions. There is a belief in the community that the footprint will ensure that the soul never departs. Amit says, "See, my father is here."

Some 50-60 members of their extended family are in Delhi, Putul informs us. Entire villages seem to have moved to the cities. All of them are involved in some sort of cleaning work, mostly as contract workers. They have escaped the village, but not the caste identities that limit their lives and livelihoods. "Housekeeping" is only an euphemism; it has not changed their conditions of work. 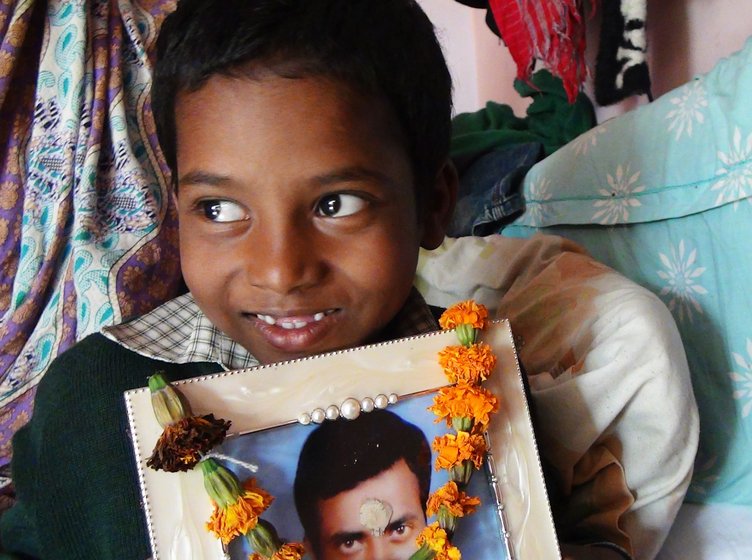 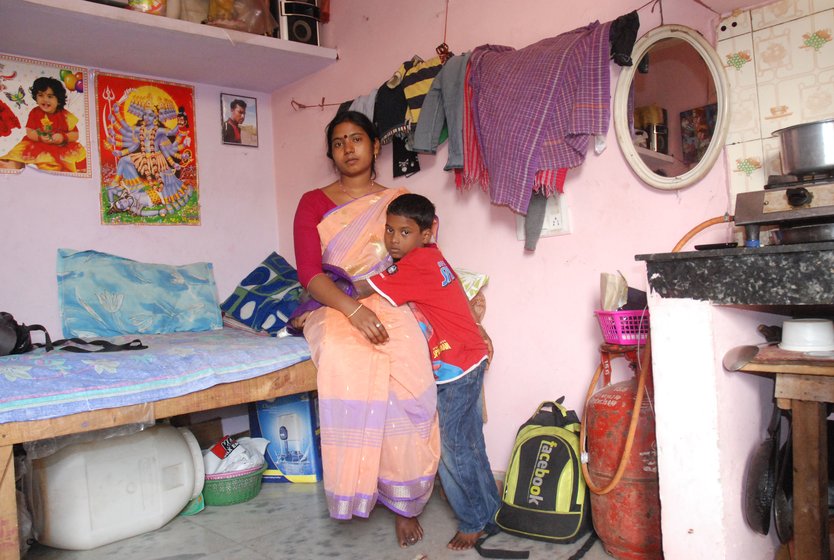 Left: Their son, Amit, 9, with his father's photograph: ' I will become an engineer and develop technology that will prevent humans cleaning gutters' Right: 'Caste matters',  says Putul. 'I cannot get my husband back. I want only that no one else should have to face this ordeal '

Putul's father, Pradip, has been sweeping and cleaning for a long time in Delhi's Chittaranjan Park. Chandan’s elder brother Nirmal and sister Sumitra had come to Delhi before them. Men from their community generally get jobs in housekeeping or gardening and women take up domestic work.

Deepak, Chandan's maternal uncle, came to Delhi 20 years ago from the same village, Kandikpur.  After years spent sweeping and cleaning as a casual worker, he now runs a meat and fish shop. “The work of manual scavenging continues unabated," Deepak says. "It must stop. Occasionally, when there is a death, the issue makes the news. Should we  wait for someone to die before we take the issue seriously?”

Putul, who has studied till Class 8 in the Bengali medium, is determined to live in Delhi and make her son a 'big man'. She wants to keep him away from the work of sweeping and scrubbing. "I will fight to my last breath to break the shackles of caste," she declares.

Amit clings to his mother and says, "I will become an engineer and develop technology that will prevent humans cleaning gutters."

Postscript: Some time after the author met the bereaved family, Putul did take up her husband's job at the mall. Though she said she hated the idea, she felt compelled to, in order to support herself and her son.