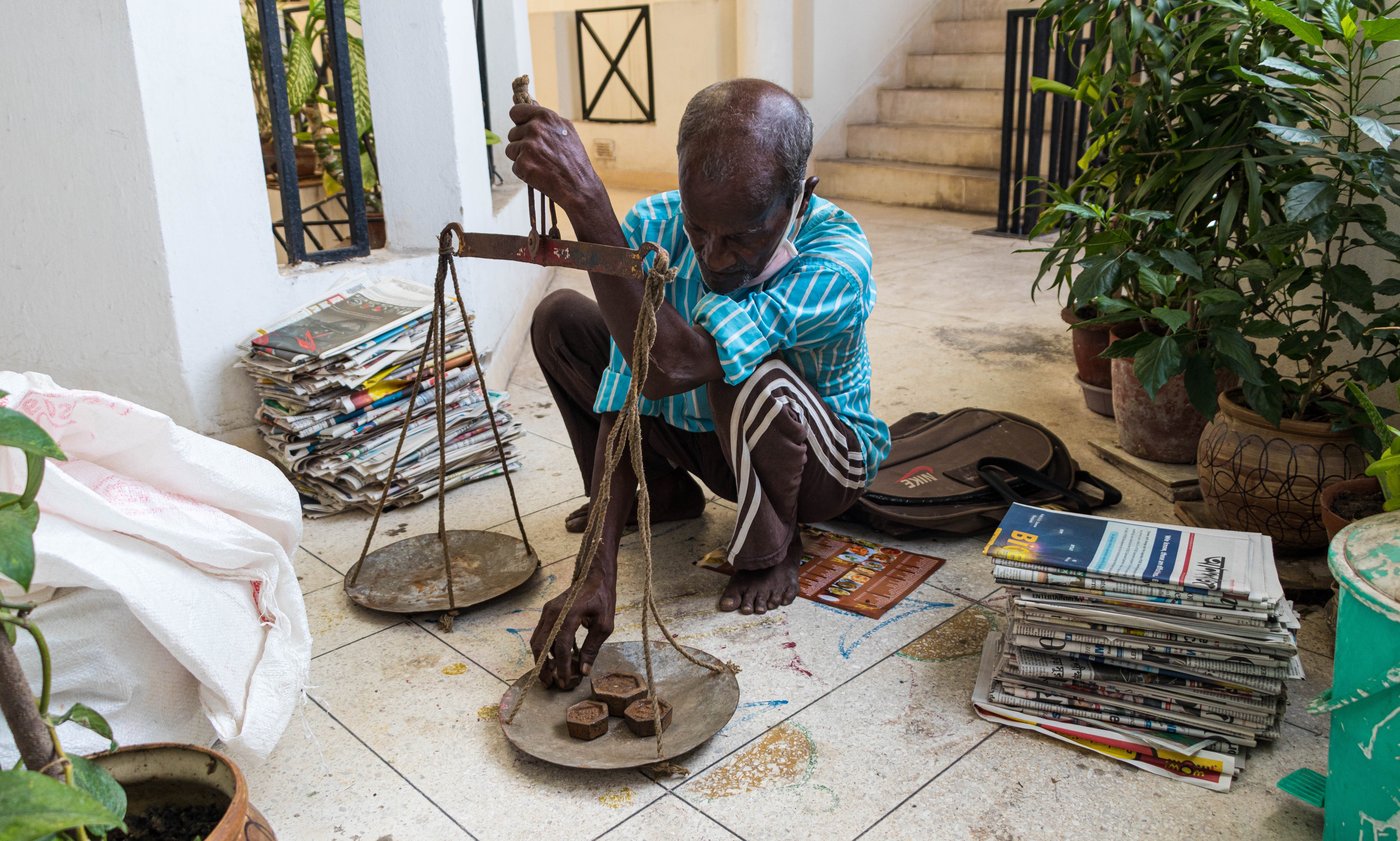 Some weeks ago, Kalu Das – who travels from his village to Kolkata to collect items for recycling – resumed his rounds. But business is bleak, profits are tiny, his wife has lost her job, and the family is struggling

“I have sorted all the materials I have collected today. They [scrap dealers] will take these things, weigh them, and pay me,” said Kalu Das as he scooped up the remaining papers inside his bag. “I will then reach home within two hours if I get some gaadi [transportation] on time.”

For the second weekend after months, in early September, 60-year-old Das had travelled to Kolkata from Hasanpur, his village around 28 kilometres away in South 24 Parganas district, using shared totos (autorickshaws) and a bus, a loose white sack slung across his shoulders.

It’s been 25 years since Das has been collecting scrap from various neighbourhoods in south and east Kolkata. He worked for a film distribution company in the city before he became a kabadiwala . “I used to transport film reels for Neptune Pictures private limited,” he says. “Orders [for 35 mm reels] came from Bombay, Delhi, Madras. I took the reels, which came in huge trunks, to Howrah, measured their weight, and passed them on for distribution.”

When the company closed down, Das ended up jobless. At that time, he stayed in a rented house in the Bosepukur area of south Kolkata. His neighbour introduced him to the recycling trade. “When I lost my job, he asked me to join him in his work. He said, ‘I will give you Rs. 25 every day. You will set out at 8 a.m. and be back home by noon. You will have to carry stuff and roam around with me. We will have cups of tea together. I agreed. I learned from him. Like a master teaches his students. He was my guru .” 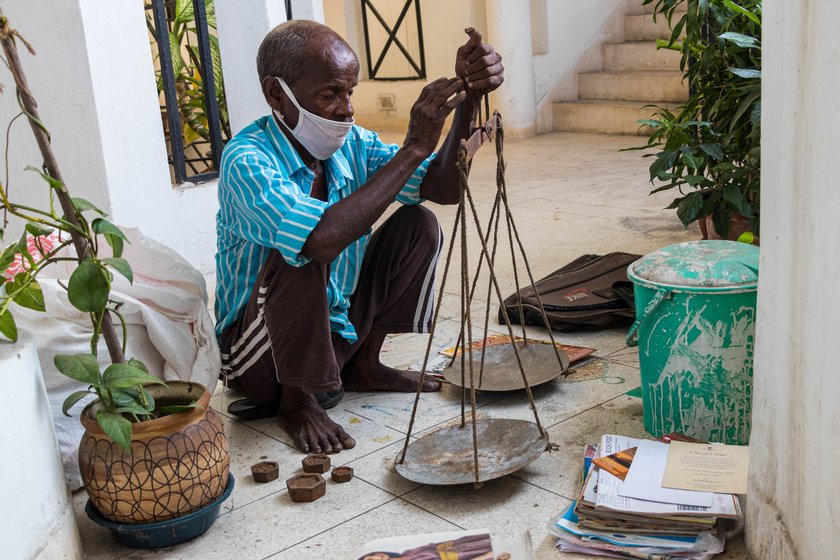 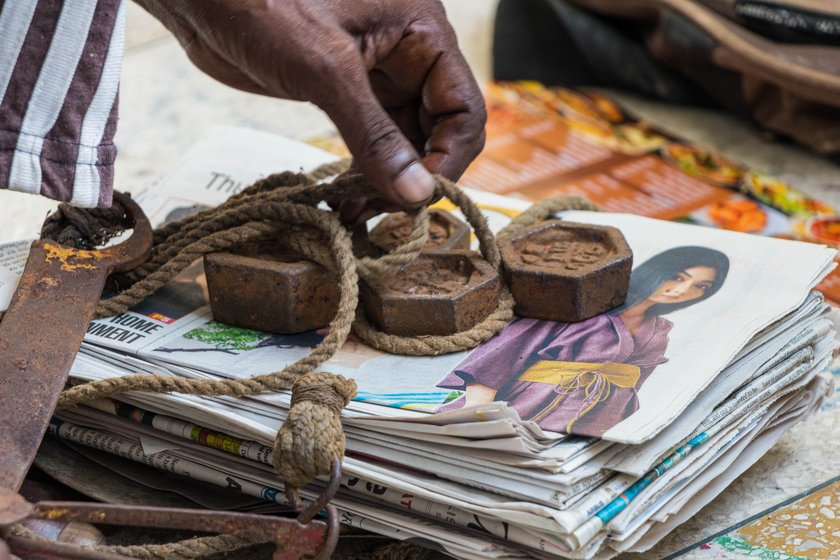 Decades ago, Das observed his teacher and learned how to calculate the price of each item – paper, plastic, glass bottles, iron and other metals

Das observed his teacher and learned how to calculate the price of each item – paper, plastic, glass bottles, iron and other metals: “How much will 150 grams, 200 gm, 250 gm and 500 gm cost? I also learned to distinguish between the materials.” The market was good back then, he recalls, when he started over two decades ago.

Das had arrived in India in 1971 from Bangladesh – where his family cultivated land – to escape the violence of that period. “I left because of the jhamela [chaos] and fighting," he says. His brother Narendra (since deceased; he plied a cycle rickshaw) was living in Kanchrapara town in North 24 Parganas at the time. Kalu Das moved in and for a while worked as a mason’s helper. Over time, he got all approvals and documents, he says, from the Indian government, including a voter ID, an Aadhaar card and a ration card.

Before the lockdown, Das travelled to Kolkata from Hasanpur village in Sonarpur taluka four times a week to collect junk and recyclables. He went to buildings and roamed through slum colonies for four to five hours a day and managed to earn around Rs. 3,000 a month.

When the lockdown began in March and buses and local trains stopped plying, Das’s work stopped. “I considered [somehow] coming to Kolkata,” he says, “but people warned me. I also saw on TV that the police were chasing and beating people who broke the lockdown.” Moreover, with a few Covid-19 cases in his neighborhood, he says, “I changed my mind. I decided that I may go hungry, but I won’t leave home.” 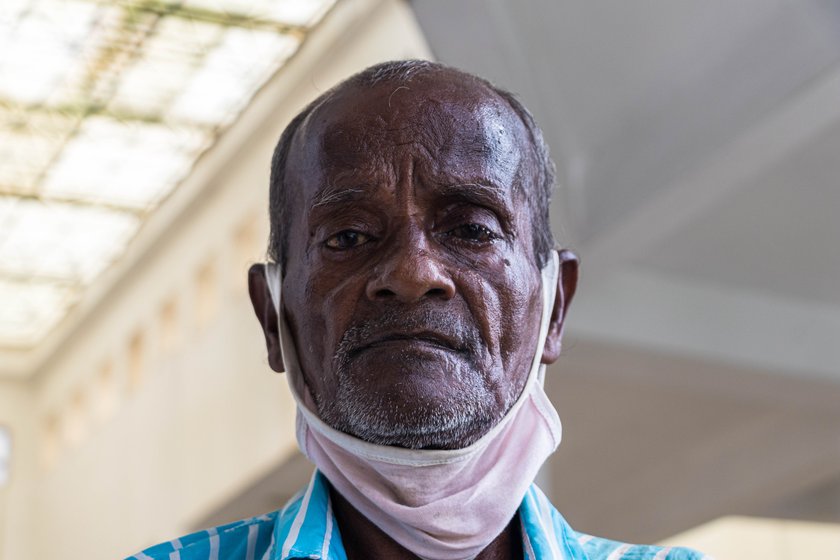 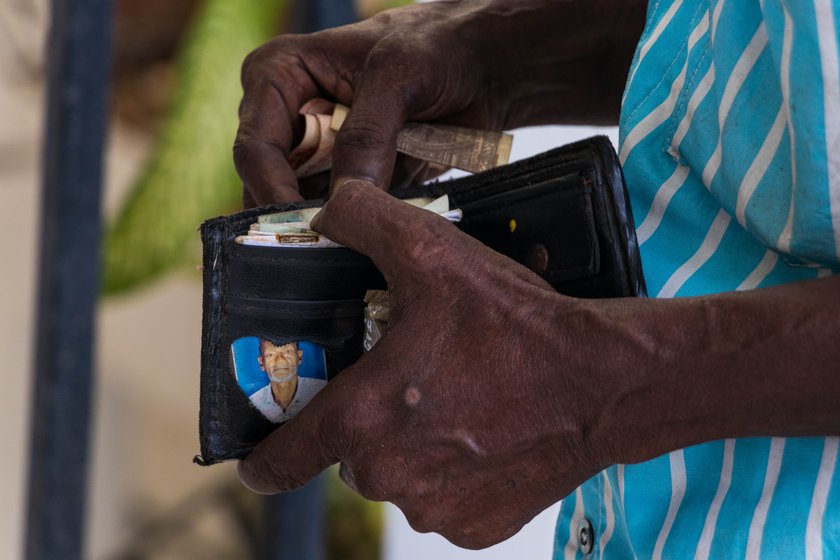 The total fare from and to his village, as well as the cycle rickshaw to the scrap dealers, cost roughly Rs. 150, and he makes barely any profit –'just 2-4 rupees'

Das’s wife Mira is a full-time domestic worker in the Jadavpur locality of south Kolkata. Before she left the village, she requested their three grandsons, aged 18, 16, and 12, to stay with their grandfather. “She told them, ‘Your dadu is an old man. He stays alone’,” Das says. He managed with her income – Rs. 7,000 a month, deposited in a bank account – during the lockdown period.

“My wife had to work throughout the lockdown. Else how would we have managed with the rent of Rs. 1,000 and other expenses?” he asks. Mira visits the village every month for two to three days. “She doesn't get to see her grandkids. She cries when she longs to see them. When she comes home she likes to cook for them,” Das says. Their eldest grandson works as an electrician, but has not had many calls since the lockdown. The youngest grandson is in school. The middle grandson is unemployed.

But Mira too will soon lose her job. “They won’t keep her anymore,” Das says. “She is going to come home now. They [her employers] can't afford to pay her any longer."

In the last week of August, Das resumed his recycling rounds. But business has been bad. “In times of corona, people are not keeping many items [for recycling]. They are throwing things away,” he says, packing the base of a discarded mixer-grinder. 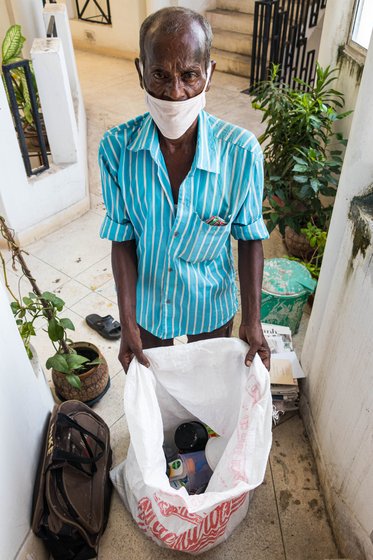 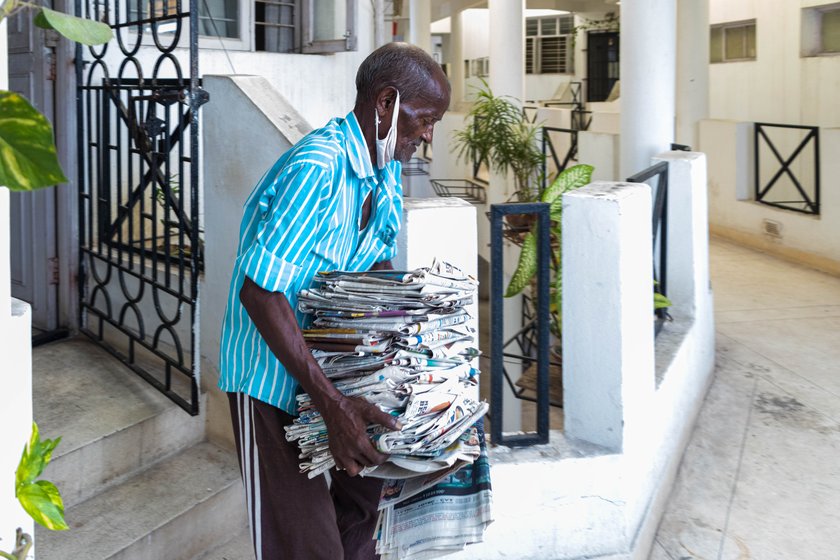 Kalu Das resumed his recycling rounds at the end of August, but business has been bad: 'In times of corona, people are not keeping many items'

From the houses he visits, Das buys paper, including newspapers, at Rs. 8 per kilo and sells it for Rs. 9-9.50 per kilo at the scrap shops. For a bunch of plastic bottles, he shells out 2-4 rupees. “The rate of plastic bottles has gone down,” he says. “I have to hire a rickshaw to take me to the scrap dealer. Some people in this business own a cart [to carry the recycling items]. They can afford to offer more for the bottles.”

Das loads everything he collects in a big round bamboo basket. He can lift about 20 kilos on his head. He then hails a cycle rickshaw to go to the scrap dealer’s shop in nearby Rathtala. The total fare both ways from his village, as well as the cycle rickshaw, cost roughly Rs. 150, and he makes barely any profit – “just 2-4 rupees,”  he says, using a colloquial phrase to indicate how modest his earnings are, which range from Rs. 80 to Rs. 200 every time he visits Kolkata to collect and sell scrap items (after deducting his commuting expenses).

“When I started, my family members were not working. This work paid for our food. It wasn’t easy to sustain staying here in Kolkata [in Bosepukur]. I have three children – two sons and a daughter. They used to go to school. Then I had to marry off my daughter." Kalu Das says his eldest son, Tarak, died a long time ago; his daughter Purnima is around 30, and the youngest son Naru, is around 27. Both "help someone” he says, about their work.

In the process, Das says, he did not find a chance to try any other work. “What else can I do? And will anyone give me work at this age?”

On weekdays now, he usually stays home or visits Naru, whose house is close by. “I don’t think about corona. If one is working, he will keep busy. If I sit at home instead of going to work, the fear of the disease will take root. You must have courage,” he says, adjusting his thin white cloth mask.