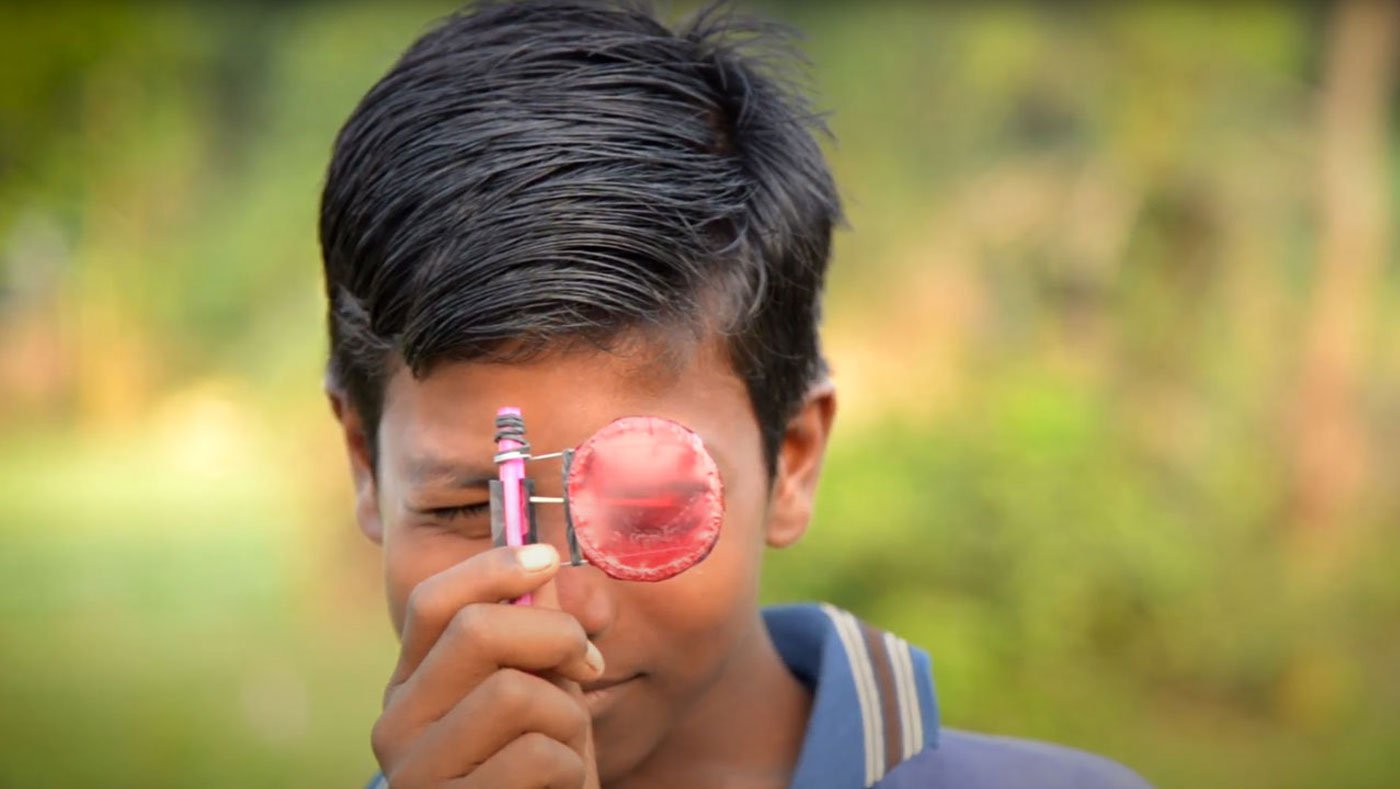 This film traces the journey of the colourful katkyeti, a toy made by hand in a village in Murshidabad district and sold on city streets 2,000 kilometres away

With a twist and turn, the lollipop-shaped katkyeti 's rat-a-tat-tat signals the arrival of toy sellers on Bengaluru’s streets. And every child in the vicinity wants one. Ubiquitous on the streets and at traffic signals, this shiny rattle toy is brought to the city by itinerant salesmen from West Bengal's Murshidabad district, more than 2,000 kilometres away. “We feel good that our handmade toys travel that far,” a toy maker says with pride. “Even if we want to go we cannot…but our toy travels…it’s good luck.”

In Rampara village, in Murshidabad's Hariharpara block, both men and women are involved in making the katkyeti (also called kotkoti in the Bengali language). Clay from the village rice fields and short bamboo sticks bought from another village are used to make the katkyeti , says Tapan Kumar Das, who crafts them at home in Rampara. His entire family is involved in its making. They also use colours, wire, coloured paper – and even old film reels. “Two film strips, cut about one inch in size, are inserted in the incision [in the bamboo stick]. It makes four flaps,” says Das, who bought a cache of film reels from Barabazar in Kolkata a few years ago. The flaps lend to the movement and sound of the katkyeti .

“We bring and sell it...but we don’t notice which film it is [in the cut film strip],” explains a toy seller. The famous movie stars captured in the reels go unnoticed by most of the buyers and sellers. “This is Ranjit Mullick, from our home, Bengal,” says another toy seller showing a katkyeti . “And I've seen many others. Prasenjit, Uttam Kumar, Rituparna, Satabdi Roy...many film artistes are in this.”

Watch the film: Katkyeti – the story of a toy

To the toy vendors, many of them agricultural labourers, the toys provide a major source of income. They prefer selling them to the low-paying, back-breaking agricultural work back home. They travel to cities like Bengaluru and stay there for months, walking 8-10 hours every day to sell their wares. The Covid-19 pandemic hit this small but thriving business really hard in 2020. The lockdown stopped the production of these toys, for which trains were the main mode of transportation. Many toy sellers were forced to return to their homes.

Featuring: The makers and sellers of katkyeti

A version of this film, titled That Cloud Never Left, was screened at film festivals in Rotterdam, Kassel, Sharjah, Pesaro and Mumbai in 2019 – winning several awards and citations, notably the Gold Filaf at FILAF film festival in France.

Yashaswini Raghunandan is a 2017 PARI fellow and a filmmaker based in Bengaluru.

Aarthi Parthasarathy is a Bangalore-based filmmaker and writer. She has worked on a number of short films and documentaries, as well as comics and short graphic stories.

Other stories by Aarthi Parthasarathy