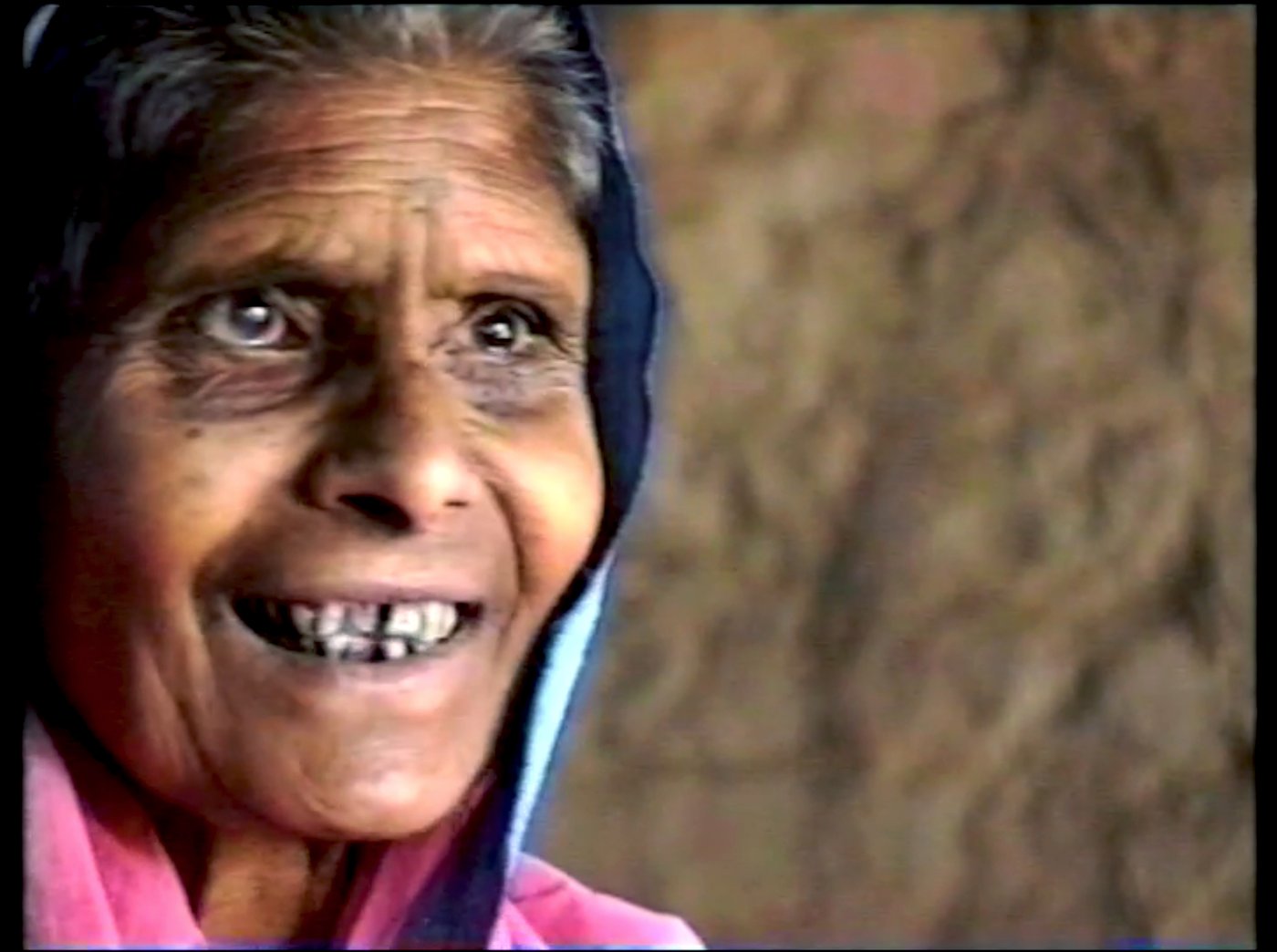 ‘ The moon comes and sits in my courtyard …’ The notes were mesmerising.  They were forceful but also spoke of a deep pain. ‘ That moon, revered by many, distant from all of us, has come to my courtyard. How lucky I am. But does anyone really know how fortunate I am ?’

We were in Tadkalas village in Purna taluka of Parbhani district, collecting grindmill songs ( ovi in Marathi, a two-line verse) sung by women in the villages of Maharashtra.  The well-known researcher of folk literature and professor of Marathi, Sham Pathak, was from Tadkalas. The moment he heard about our project of collecting grindmill songs, he had invited us to his village.

A few women had gathered in a house in the village. While crushing grain at the stonemill, they were singing a series of ovi . ‘ Ghos killyacha, ivai kela Beed jilhyacha (See the bunch of keys, my daughter is getting married into the family from Beed )’ – one of them sang the first line of an ovi. The others continued.

The songs were sweet, as were the tune and voices.  In the midst of all this, we heard someone sing the song about the moon. It caught everyone’s attention. One woman said, “Call Gangubai.  She sings many ovi . ” We told them that we wanted to meet all the women who know these songs because we were documenting this rich tradition, which might soon cease to exist. A small girl went to fetch Gangubai.

A woman, probably in her late 50s, came to the house where we had gathered. She was wearing a frayed saree, had covered her head, and was holding one end of the saree near her mouth. Hair turned grey, face full of wrinkles. teeth broken and blackened, she came and sat with us. Embedded in her face were long years of pain and trauma. But there was a hint of a smile, too.

The other women requested her to sing a few ovi . She readily agreed. Her songs were about Lord Ram, and the exile of Ram and Sita; some were about brothers and parents.

Many times, while singing the songs, she wiped her tears and her face. “You sing too,” she kept telling the others. But the pain Gangubai had suffered did not match anybody else’s. Her notes touched the soul. We wanted to know more about her.

We learned that she lived in a temple in Tadkalas. The food that devotees offered to god or to her was her only sustenance.

Gangubai Ambore was brought up lovingly by her parents, who were farmers. They arranged her marriage at a very young age to a much older man. She was initially happy in her marital home, and had three daughters, though only one survived.  But after a while, Gangubai was diagnosed with leprosy. Then everything changed. Her beauty faded, she lost her toes and fingers. Her husband refused to accept this change or take care of her.

Left with no other choice, Gangubai, by then around 40, returned to her parents’ home. After they passed away, her brother was supportive for a while, but not his wife; after all, she ‘did not belong to the family’. Eventually, her brother asked Gangubai to leave the house. Then, she said, god was her last and only resort. The village temple became her home.

“Now my Lord Ram is my support,” Gangubai said when we met her. “Whatever my woes, they are with him. You can ask me to leave your house, but you can’t ask me to leave this temple.  No one can separate me from my god.”

Lonely and rejected, Gangubai took to chanting. She immersed herself in bhajan, kirtan and prayers in the temple. She had memorised the works of Tukdoji Maharaj, Surdas and Sant Janabai. Her grief took the form of songs. In her bhajans , she started questioning god about her suffering.

She spent her days watching the people who came to pray and the children playing in the temple’s courtyard. 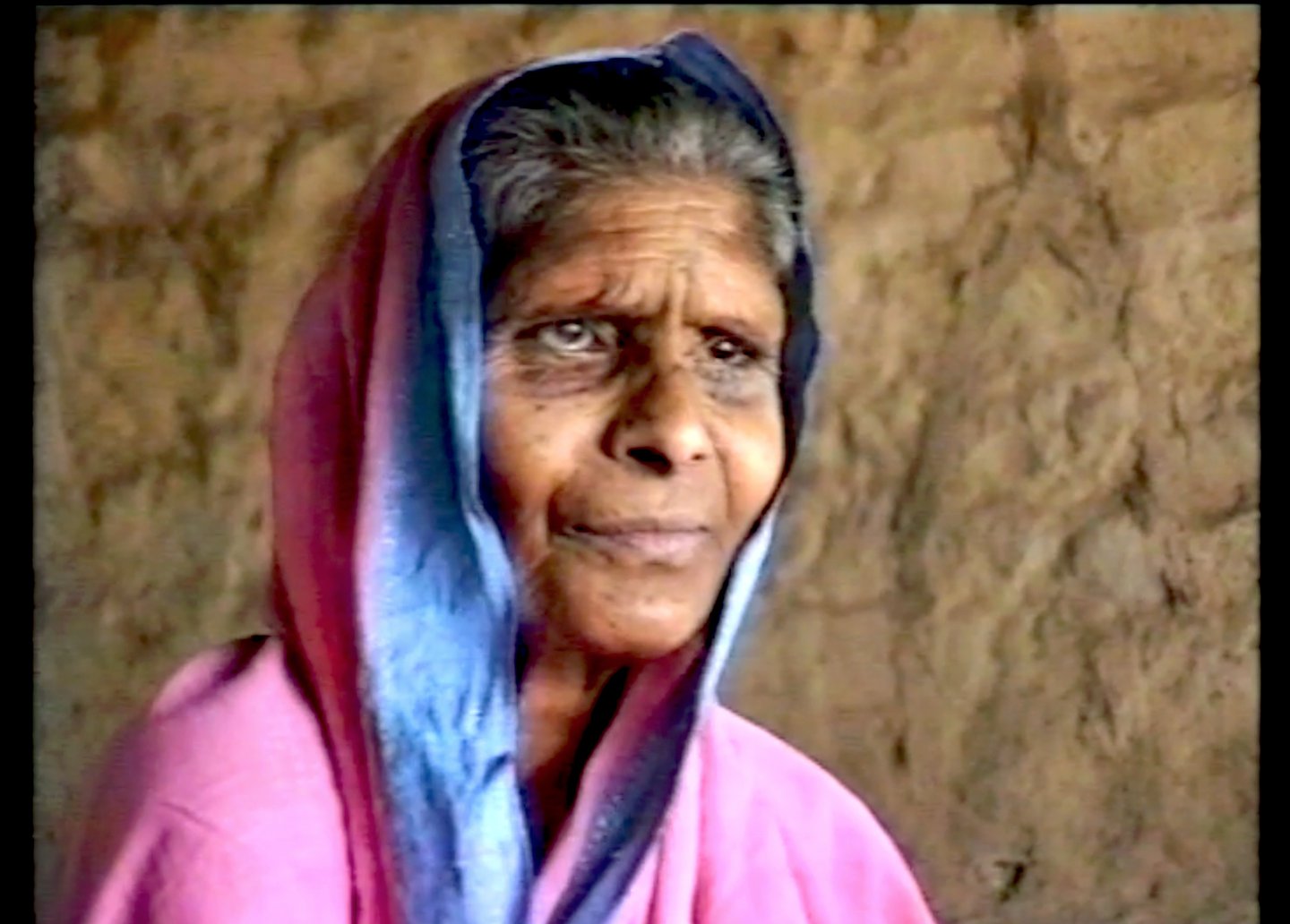 People noticed her when she sang. Soon, other women started calling her to sing the traditional songs that are sung at weddings during the ritual of applying turmeric paste to the bride and groom. Gangubai would go, but she would sing standing outside the house, covering her face with her saree.

And people too thought of her only as the songs. Her singing became her very existence. Gangubai was aware of this. So when we were in Tadkalas and listening to a group of women sing ovi , she waited for someone to call her. And when no one did, she started singing, forcing us take note of her existence. And she succeeded very well in getting our full attention.

But whatever happened, she never begged for anything. Who could she go to? Neither did she have relatives nor the state as her caretaker. So she went to god and questioned him about her fate. She told her god that chanting his name gave her peace of mind. It kept her busy. It took away some of her pain.

Gangubai’s life was full of sorrow and poverty, but her soul was rich. And she shared those riches through her songs.

I visited Tadkalas thrice between 1996 to 2000. Every time, I made sure I met Gangubai. But after a while, when Prof. Pathak passed away, I had no way of getting any news about her. Once I ran into the professor’s brother, who told me that Gangubai was no more. I felt very sad. 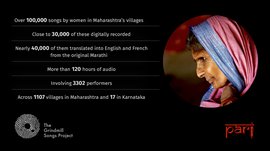 The grindmill songs: recording a national treasure
, and • Parbhani, Maharashtra