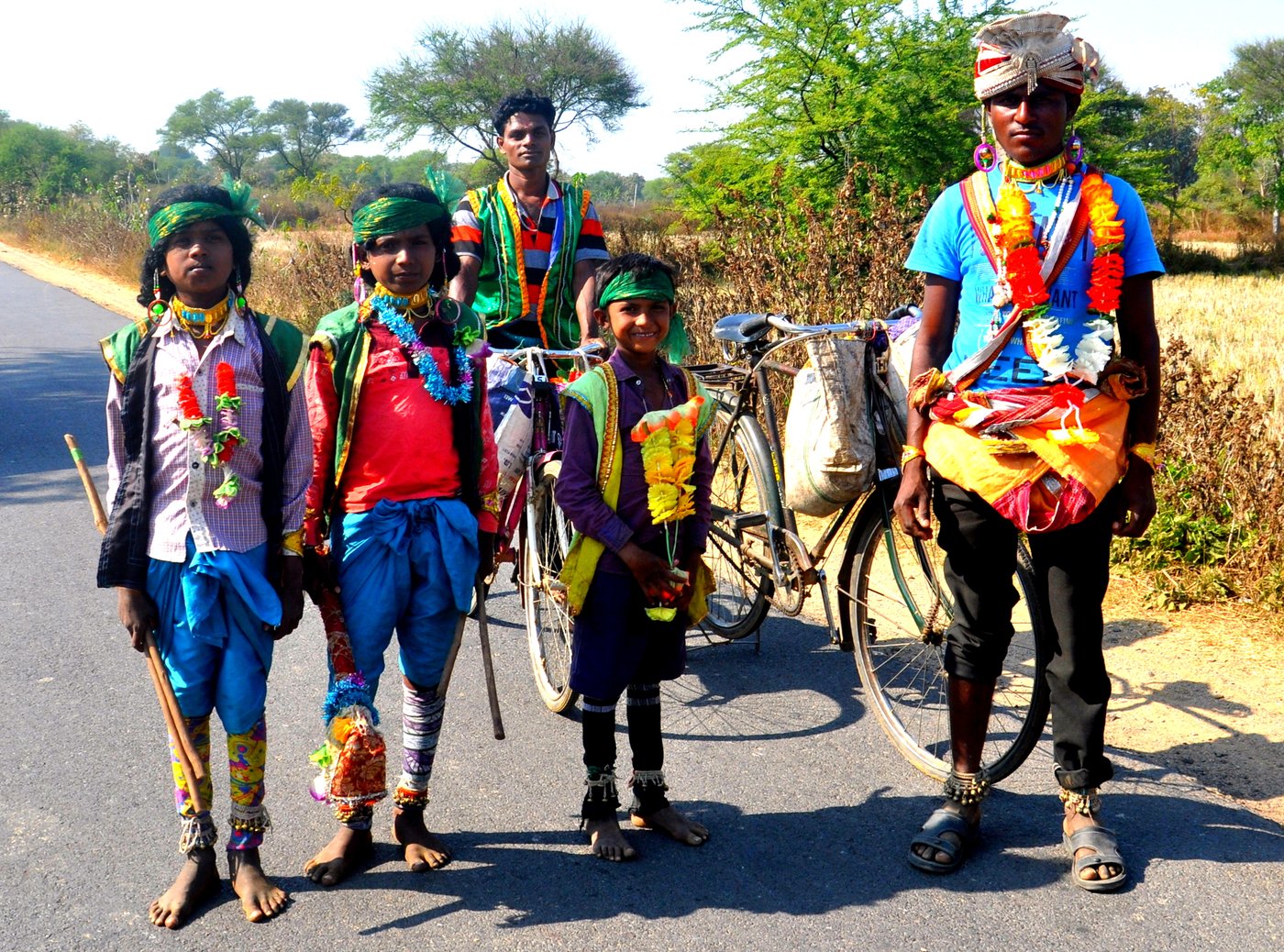 On the way to Deobhog, Chattisgarh, to dance before the deity

Not so long ago, while crossing over from Nuapada district of Odisha into Gariaband district of Chhattisgarh, I drove through Deobhog, the block headquarters of Gariaband. There, I saw an unusual group of young men and children on bicycles.

They were dressed in lush, almost royal-looking attire. They wore garlands, shiny waistcoats, anklets with ghungroos (bells), and different kinds of headdress. One even had on a groom’s turban. I thought to myself: they must be part of a theatre group.

I stopped, they did too, and soon I was taking photos of them. When I asked them where they were going, Sombaru Yadav, around 25 years old, said, “We are going to Deobhog to dance before the deity.”

Gulshan Yadav, Kirtan Yadav, Sombaru, Devendra, Dhanraj and Gobindra were from Nuaguda village, some 7-8 kilomteres from where I met them, in Kosamkani gram panchayat of Deobhog block. Back in their village, they are farmers, agricultural labourers or in school. 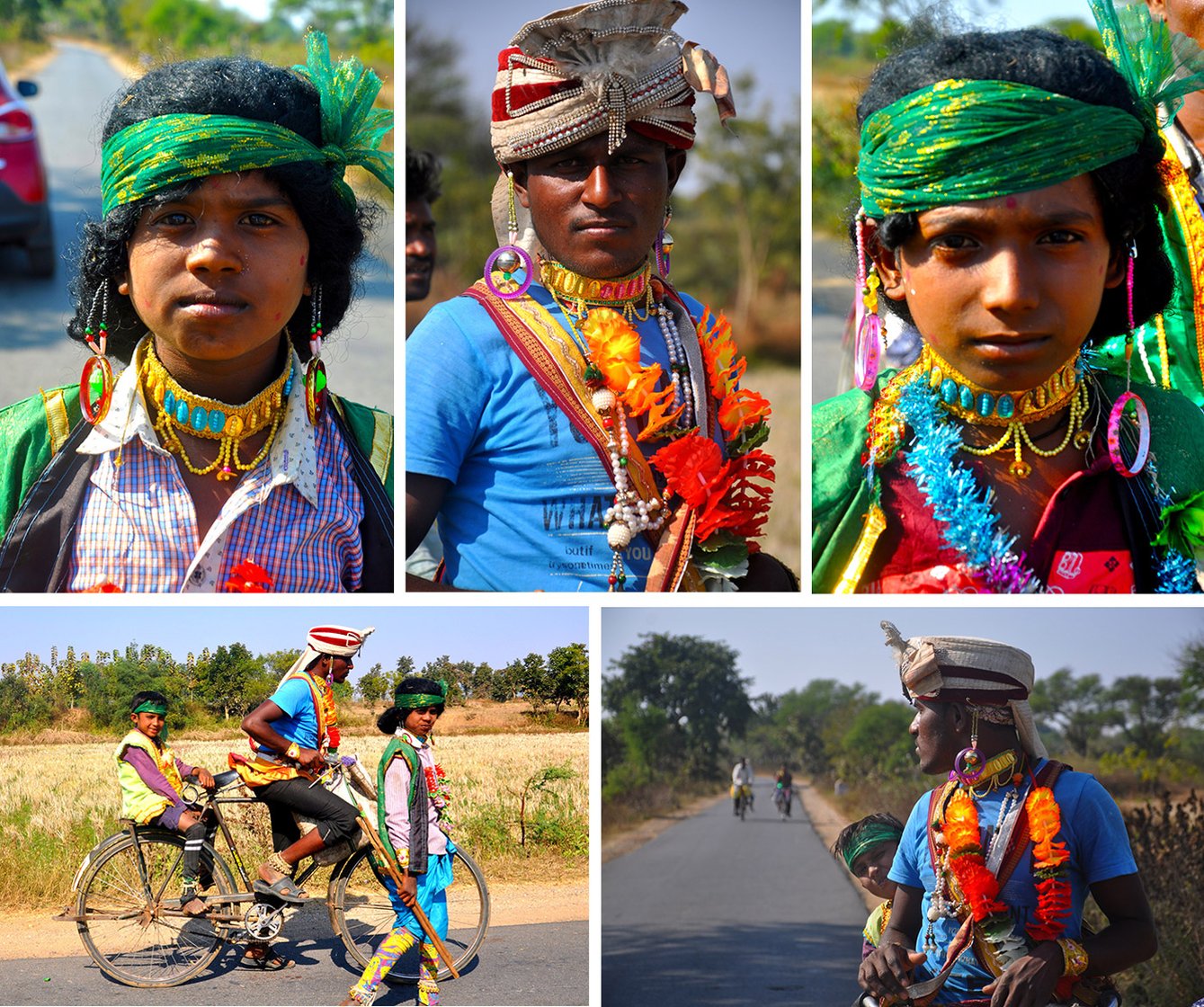