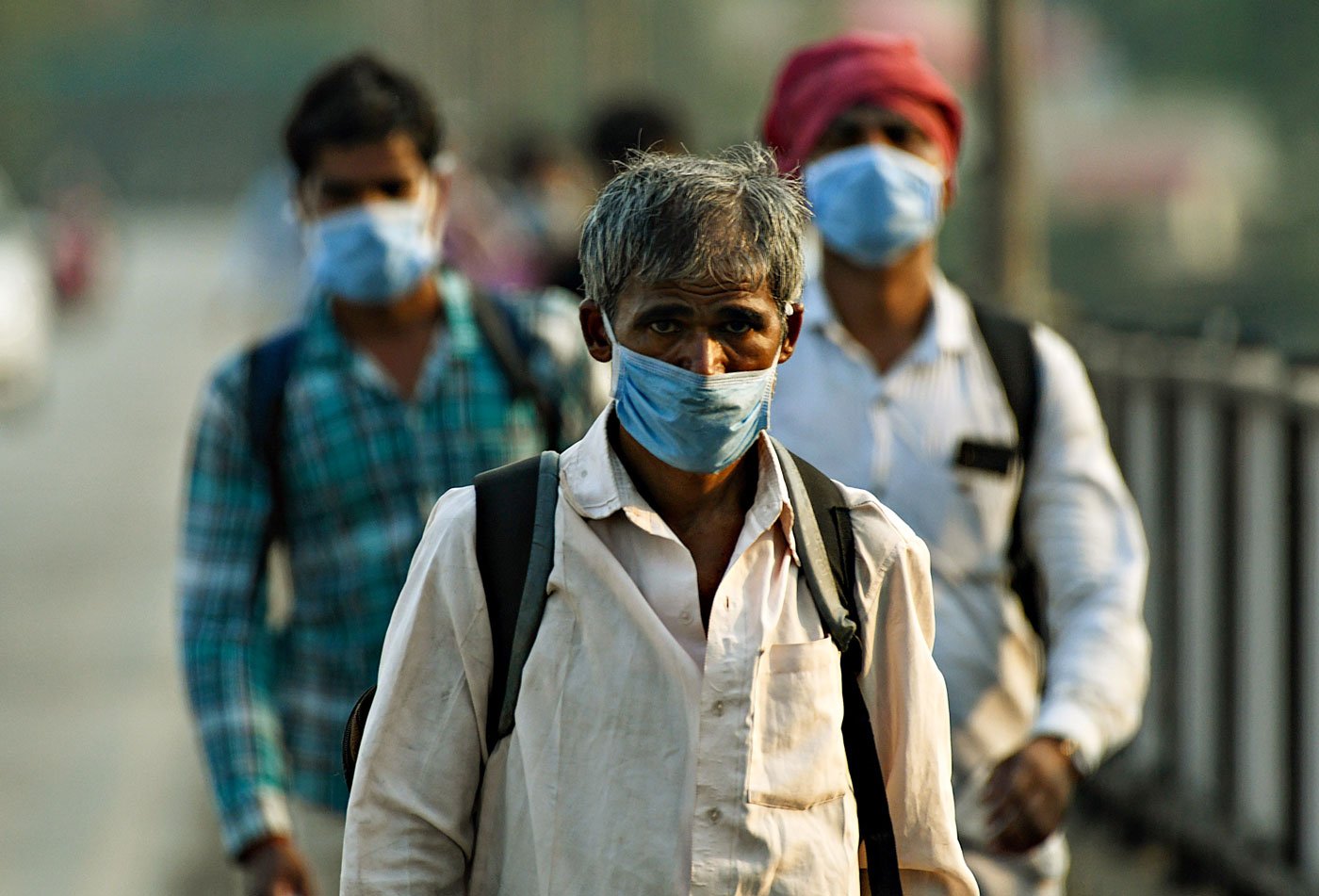 Corona refugees on a 538-kilometre journey

While images of migrants departing from the big metros are all over the media, reporters from small towns, even from the rural interior, are doing their best to highlight the hardships of returning workers. Satyaprakash Pandey, a senior photojournalist from Bilaspur, is one of those reaching out to, and covering, migrants in distress moving great distances. Those in his photos in this report are a group of about 50 workers returning from Raipur in Chhattisgarh to different villages in Garhwa district of Jharkhand state.

The distance between Raipur and Garhwa is 538 kilometres.

“They were on foot,” he says. “They had already covered 130 kilometres (the distance between Raipur and Bilaspur) in 2-3 days. And they seem to believe they will reach their destination in the next 2-3 days.” (A Facebook post by Satyaprakash had drawn attention to their distress and activists responding to it were contacting the district administration to arrange transport for them from Ambikapur onwards. They seem determined to go home, even if they have to complete the journey on foot).

As one of the returning labourers, Rafiq Miyan, told him: “Poverty is a curse in this country, sir.” 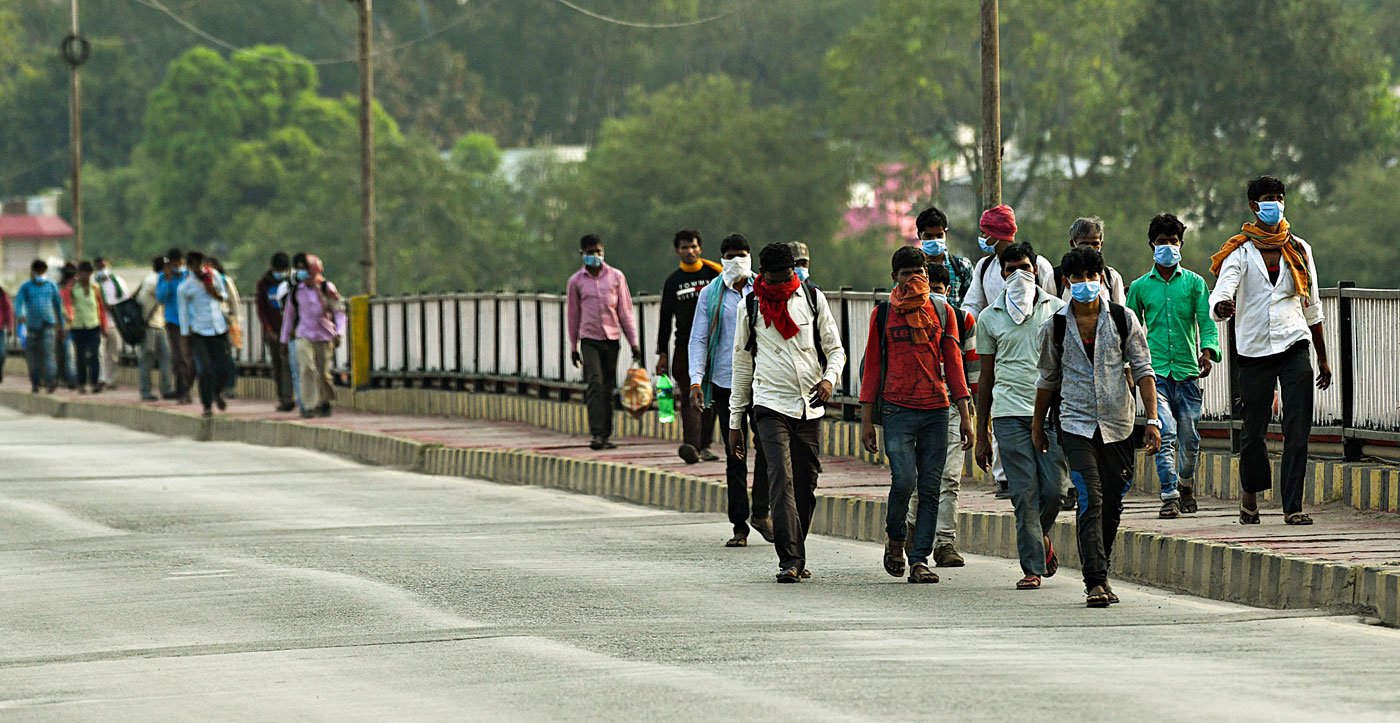