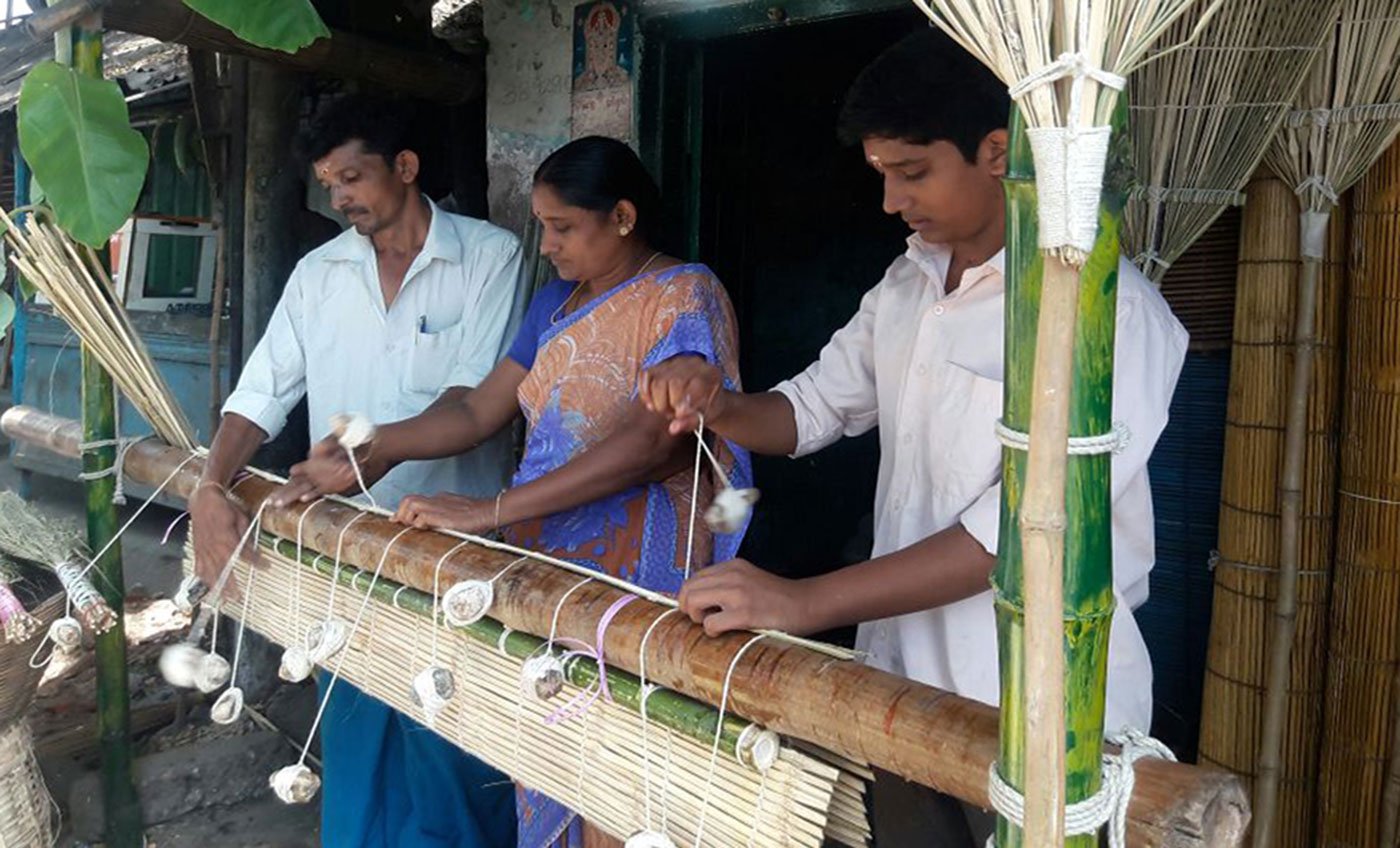 Madurai-based P. R. Bala has been making bamboo products for 22 years. This centuries-old family occupation is demanding and barely profitable, but the personal rewards, he says, are worth the toil

He fondly calls his workplace kurinji – among other meanings, the word describes  a mountainous landscape in Tamil Sangam literature. “I have named my unit kurinji because bamboo grows there,” says P. R. Bala, who has been making bamboo baskets, mats, chairs, brooms and blinds for 22 years. 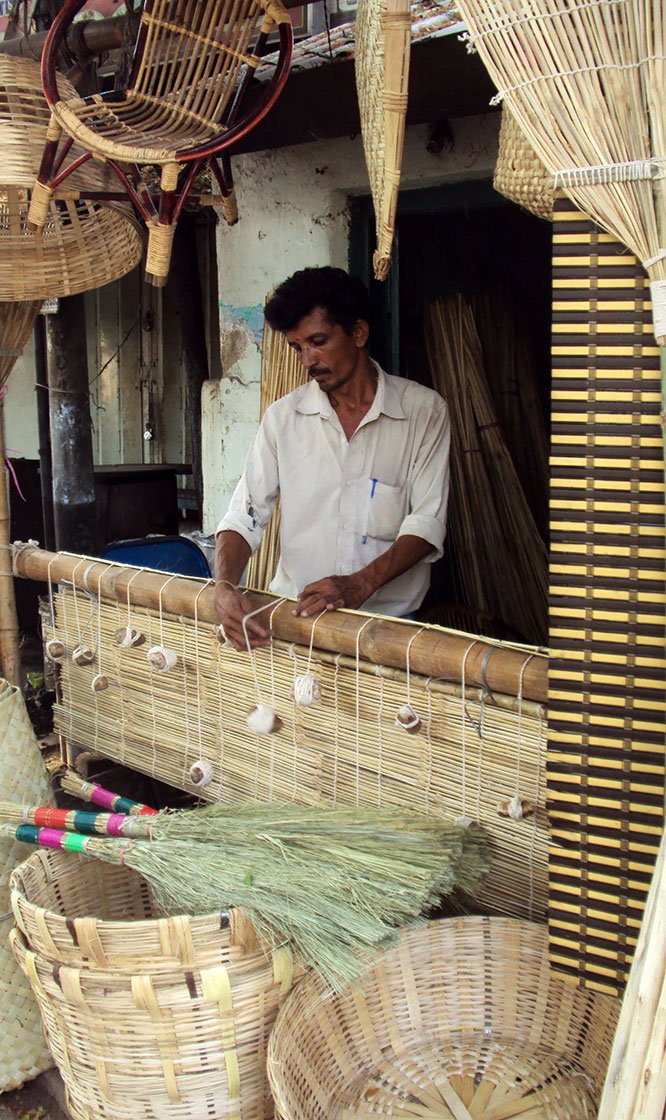 While P. R. Bala and his family craft many objects, they primarily make bamboo blinds

His workshop is the front portion of his ancestral home in Aruldaspuram, which is near the northern bank of the river Vaigai. Bala belongs to the Mahendra Medara community of artisans who speak both Tamil and Telugu, and have worked with bamboo for over three centuries.

Bala, now 38, has a master’s degree in Commerce. Since 2007, he has also made a few attempts to clear the Group II exam conducted by the Tamil Nadu Public Service Commission. Clearing it will qualify him for a job as a clerk or sub-registrar or other positions in government departments. But so far unable to get any job, Bala has stayed on in his family’s occupation. “To my knowledge, this has been my family’s occupation for some 7-8 generations. It could be even more,” he says.

Working together with P. Bhuvana, his wife, Bala mainly makes bamboo blinds. Once a week, he buys stock of fresh bamboo from a market in Alwarpuram in Madurai." There are two varieties of bamboo,”  he says. “The best variety grows in the mountains. The market gets this variety from Palakkad and Munnar [in Kerala]. The other variety grows in the plains. These are brought from Thanjavur and Pudukkottai districts of Tamil Nadu. The second variety is not as strong as the first.”

Bala and Bhuvana cut the bamboo into thin strips. “Remember, splitting bamboo into strips can hurt you a lot. It requires years of experience to acquire the skill,” he says. They then attach the strips to a pole, three metres long. Every day, they make blinds that could cover an area of about 50-55 square feet. “Our work begins at 7 a.m. and ends only at around 10:30 p.m. We stand throughout the day. This toil fetches us a profit of Rs. 400-500 per day. We sometimes make losses if the bamboo turns out to be infected or infested with bugs,” Bala says.

Watch video: Bala and his son, Saravana Ventha, attach the strips of bamboo to a pole that forms the top portion of the blinds

Bala's clients have been diverse – from Kerala, Goa, Indonesia and other places. “The demand for bamboo blinds is nearly the same throughout the year, but during the summers it goes up,” he says. Bala sells directly to his clients; screens are made only against orders from households and hotels. The baskets are mainly purchased by vendors and traders in wholesale vegetable and fruit markets. 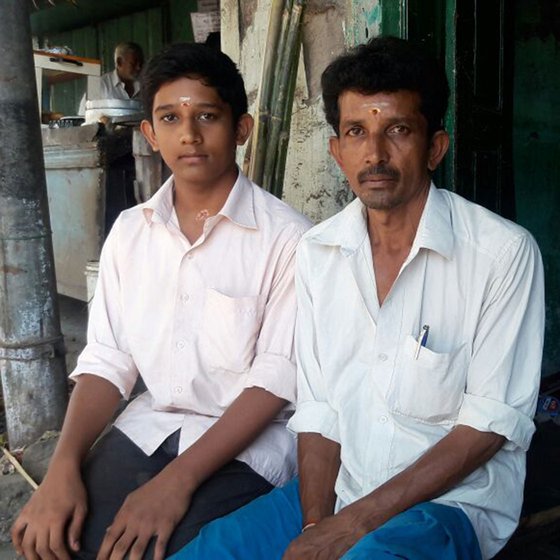 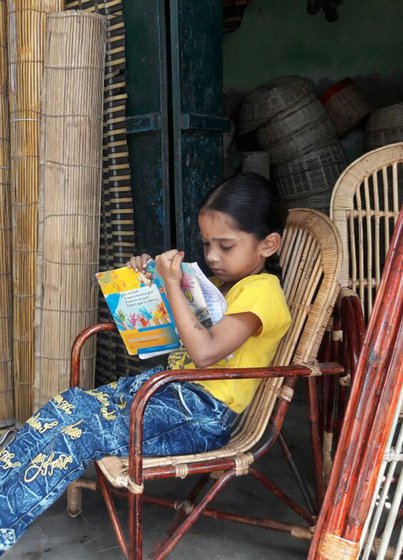 While Bala's son helps with the family business, his daughter, Roopa Varshini Sri, is too young to pitch in

Bala and Bhuvana have two children; their son Saravana Ventha is studying in Class 9, and daughter Roopa Varshini Sri is in Class 1. "My son helps with the work. My daughter is too young to help," the screen-maker says. Bala wants his son to take up a ‘white-collar’ job and not continue with their demanding family occupation. "It takes a toll on your health. I stand all day long. My back, wrist and legs ache at night,” he says. “Moreover, slitting bamboo can wound you. And you can't afford to say that I am wounded and so let me rest for the day. That is impossible.”

The low income from making bamboo products has forced many to switch to working as drivers or painters. Bala too had aspired to take up a "well-paying, safe and secure" government job, but now he sees others from his community working as someone else’s employees and feels satisfied that at least he runs his own enterprise. “We lead a hand-to-mouth existence,” he says. “Still, I am satisfied, because I am the master of my work.” 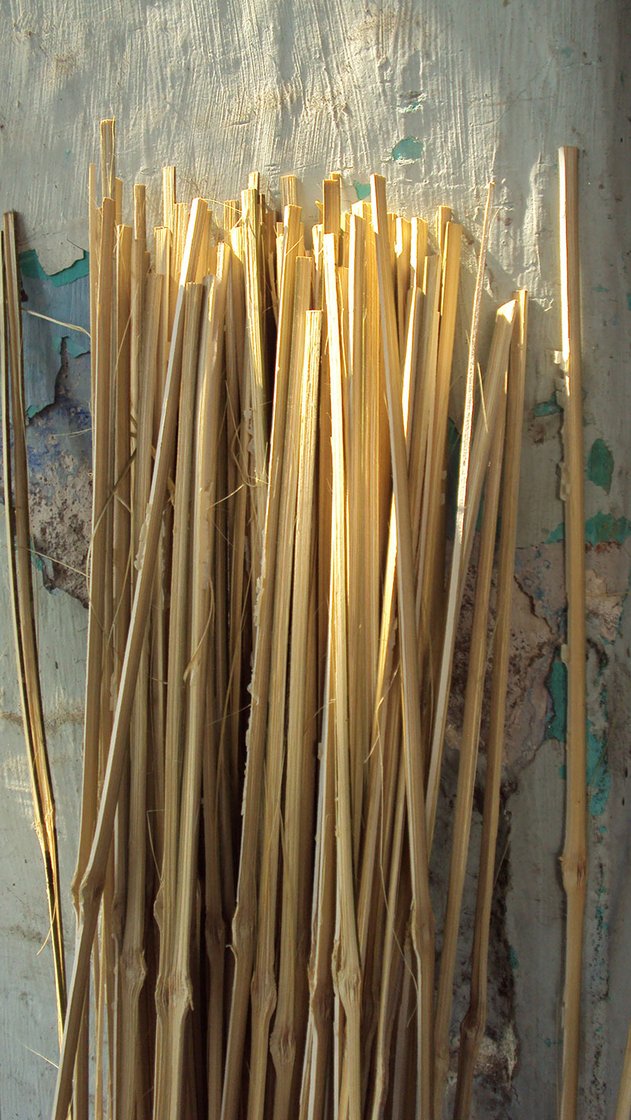 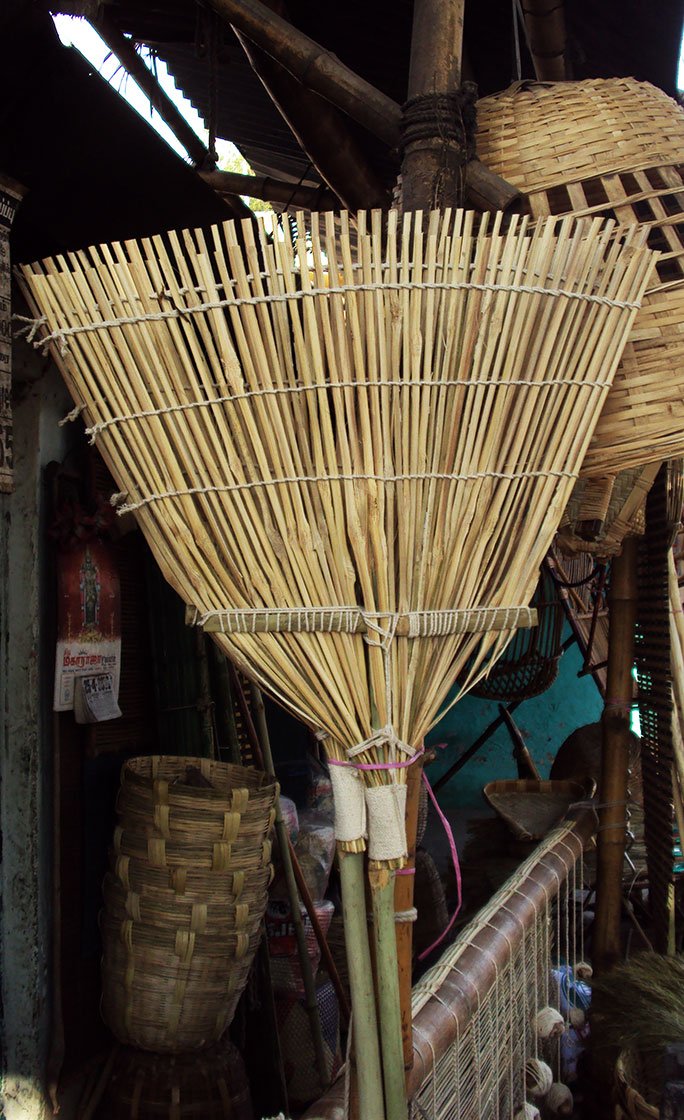 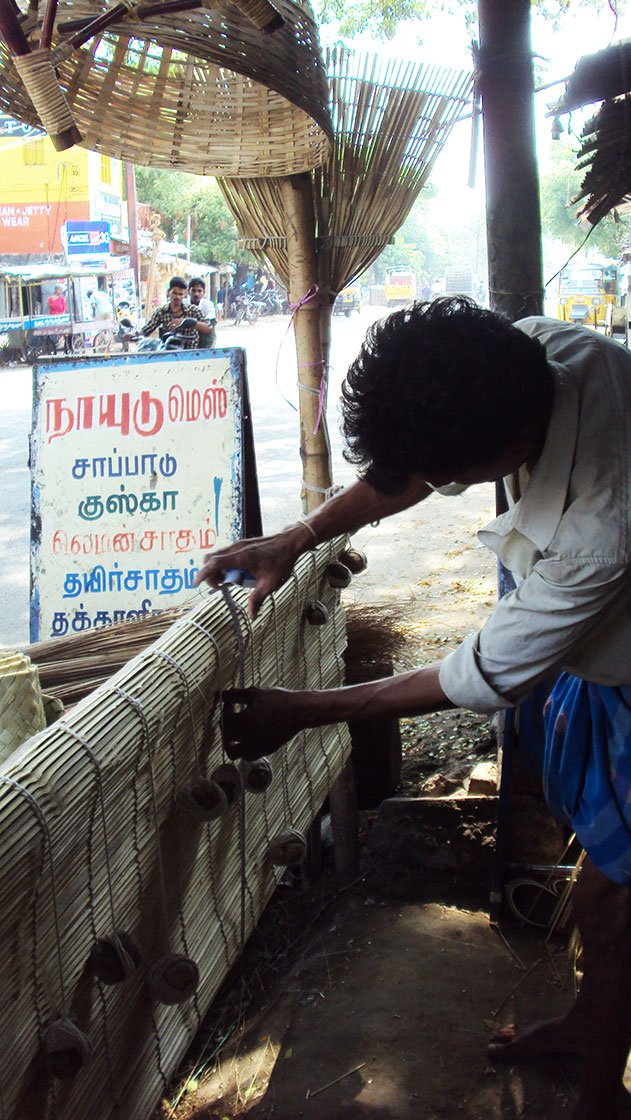 Dorairaj V. is based in Madurai; he has a degree in Civil Engineering and is preparing for the UPSC civil service exams.

Other stories by Dorairaj V.