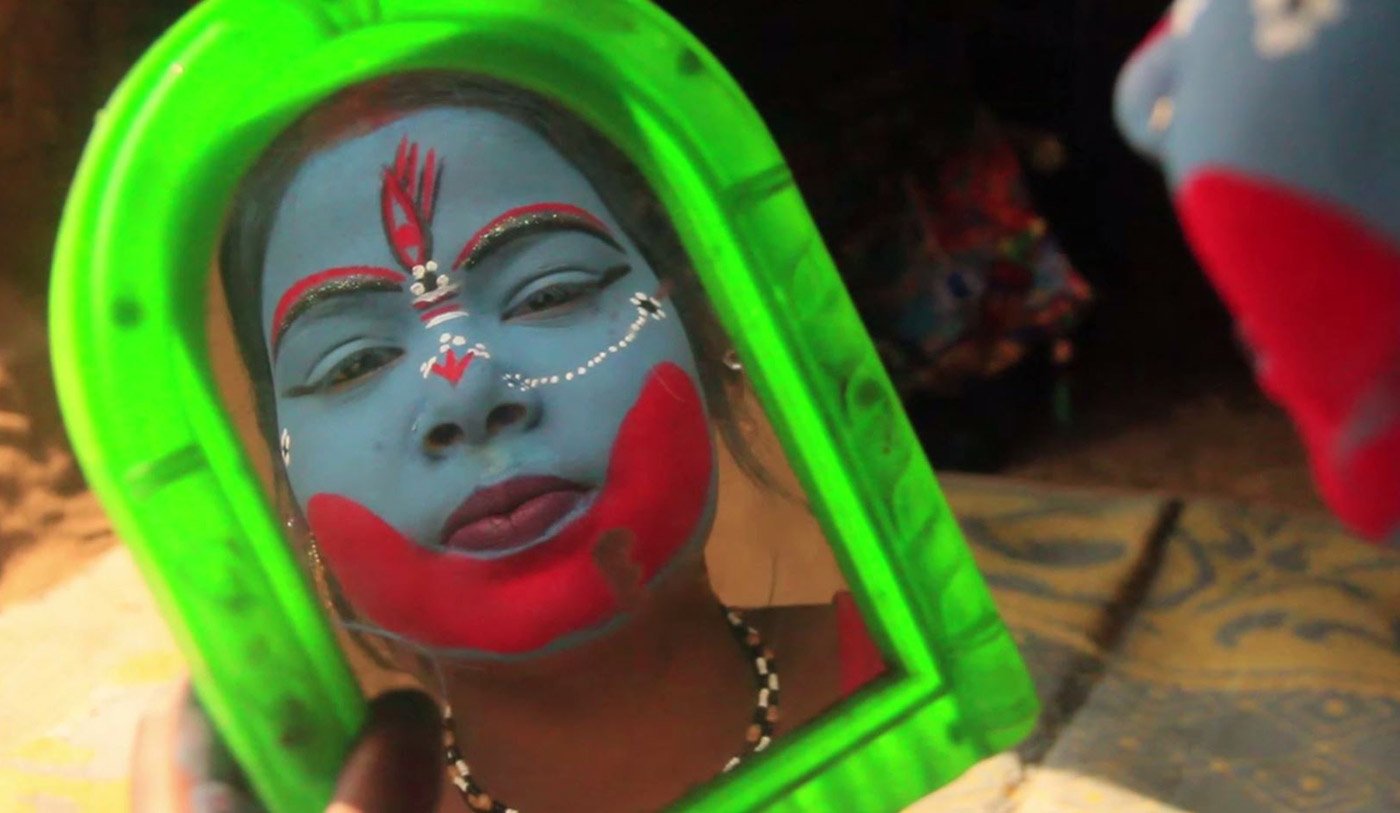 Bahurupi: a family of many faces

Bahurupi artists in West Bengal easily metamorphose into different characters during a performance, but are finding it hard to change their work roles with changing times

“We have to hold on to Bahurupi to survive.  We don’t have any agricultural land to be able to do farming,” says Raju Chowdhury. Bahurupi artists like him are performers who enact multiple religious and mythological roles.

This film features the Chowdhury family – the parents and children are all Bahurupi – from Bishaypur village in Birbhum district, who travel to various villages and towns to perform a sequence of skits over several days.

This once-popular folk art form is now vanishing in rural West Bengal. Its practitioners have for generations earned modest amounts from their performances. But because audiences now increasingly prefer other forms of entertainment, the younger generations from Bahurupi families are being forced out of the profession. Many, like the Chowdhurys, don’t have any other means of earning a living. 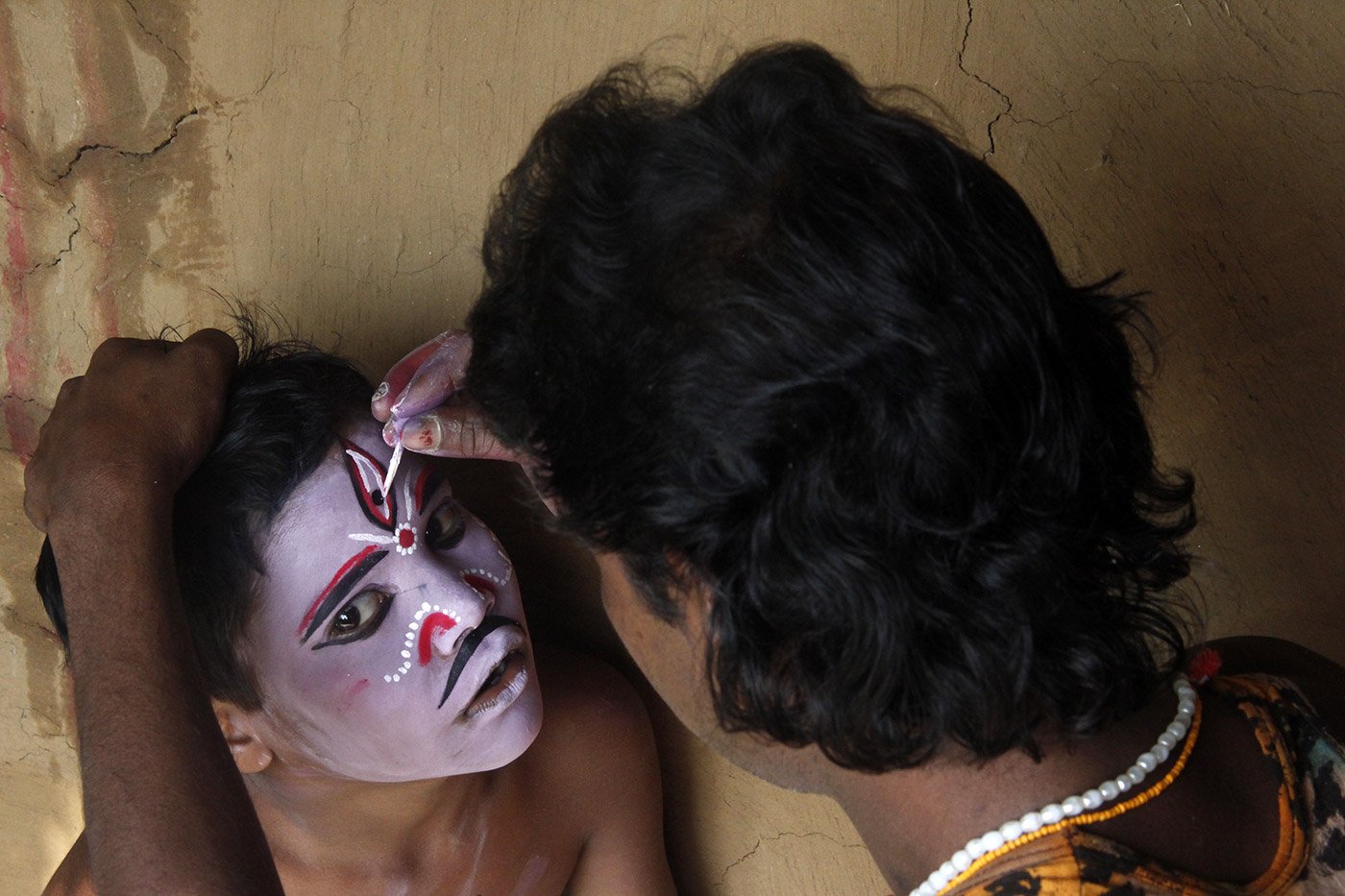 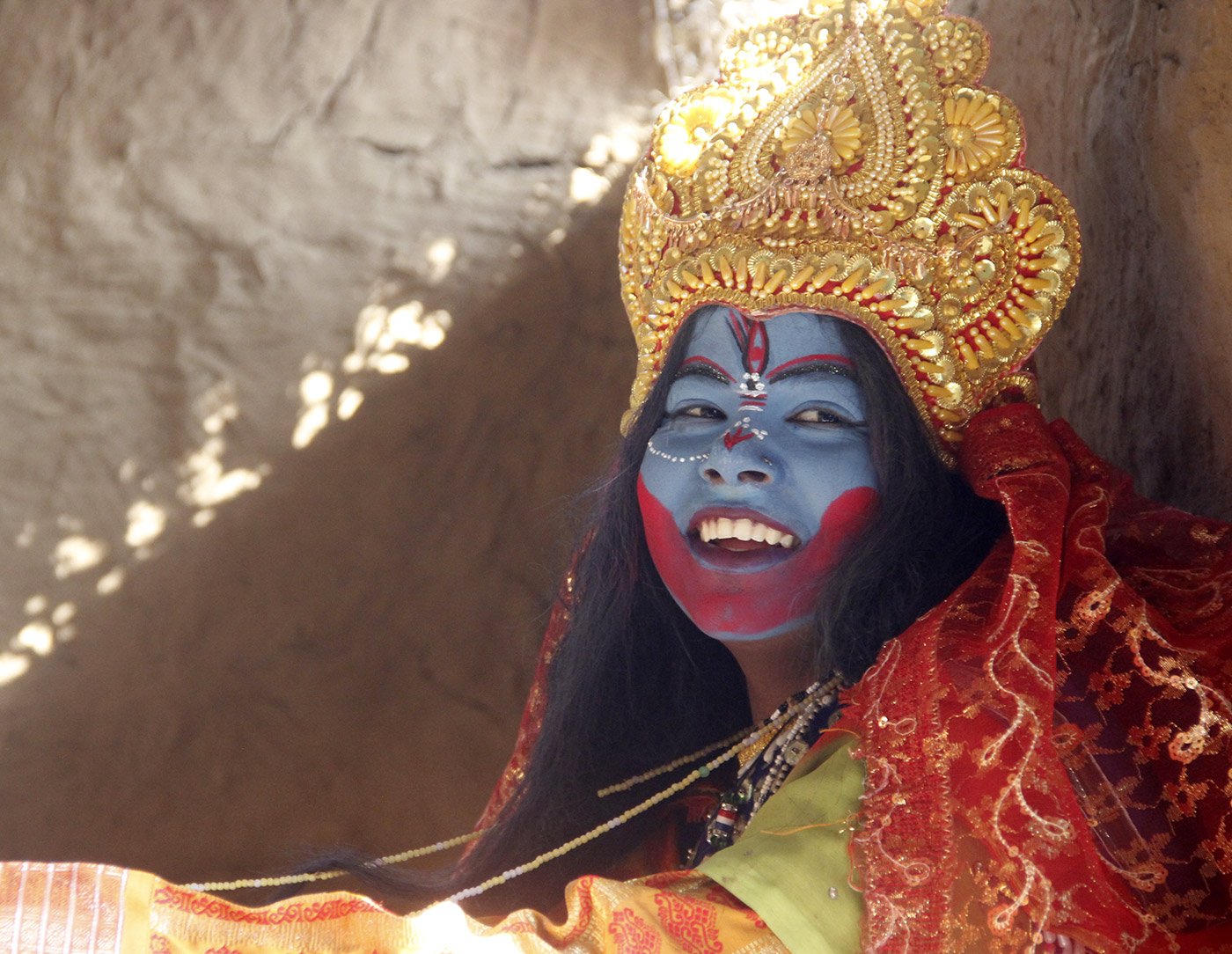 A version of the film featured here was made by Ankan Roy (camera) and Sagarika Basu (editing) as their documentary project in 2015 at Visva-Bharati University, Santiniketan.