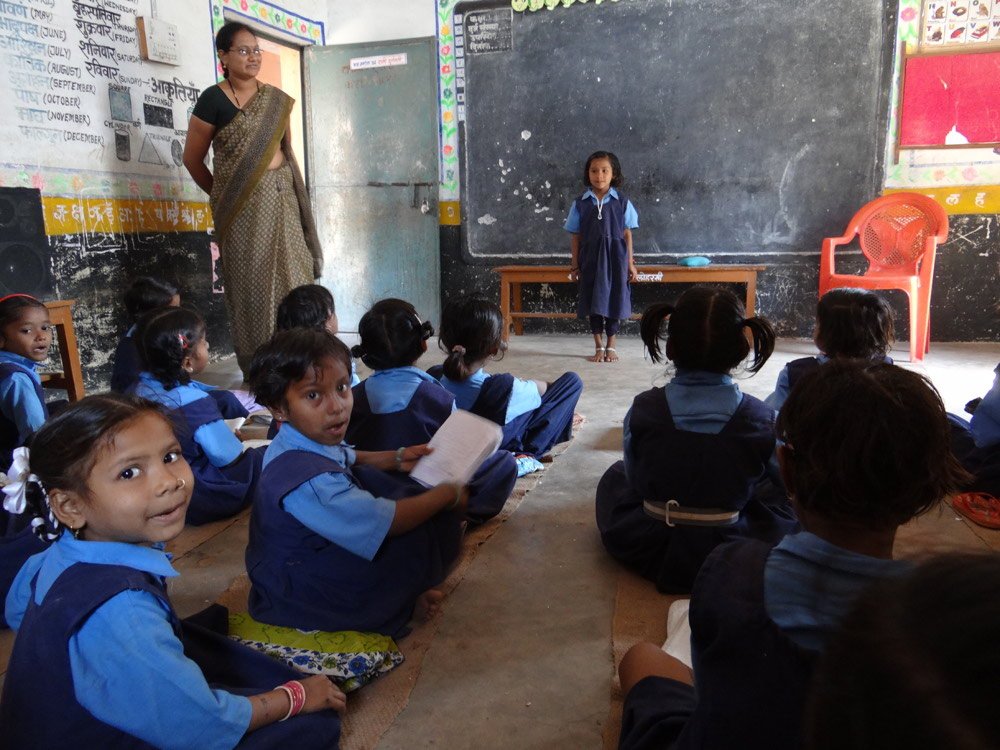 Making history, heading for a hundred

The Primary Girls School in Loharsi village, around five kilometres from Dhamtari in central Chhattisgarh’s Raipur district, is special. A quick glance from the outside speaks of its age: the girth of the peepal tree on the premises hints at a probable 80 to 90 years. Once you go inside and meet the students, you encounter their present and see their energy – and experience the vibrancy of the school.

The school was established in 1918, nearly three decades before Independence. In the 96 years since, the school has carefully maintained a register with the names of all its students. Neelima Netam, a teacher at the school, said that they found an old termite-infested register in a wooden box, with information about the teachers and students right from the year the school was established. They put a new cover on the register and are trying to conserve such documents, which are a rich source for studying the school’s history. 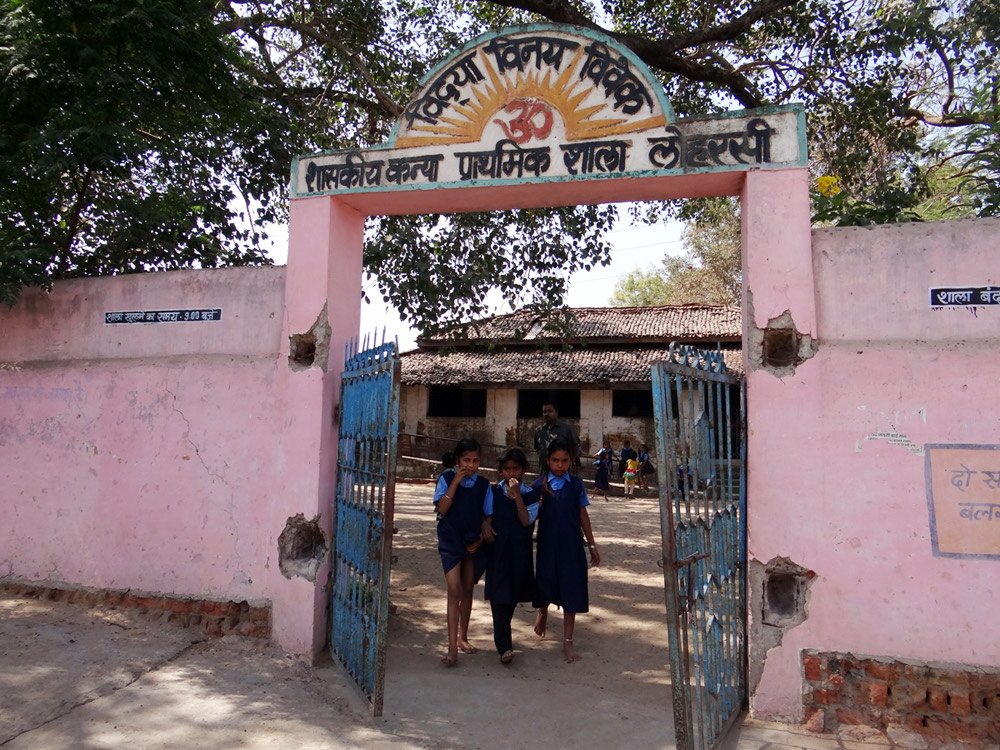 The entrance to the nearly hundred-year old school

We looked at a few documents from the collection, such as the 'Promotion Book’. A few parts had been eaten away by termites, obscuring a few names and some information, but the rest of the content is clear. A pen dipped in an ink bottle has been used to record the details – the letters are big and in a beautiful handwriting.

These were some of the names – Baneen Bai Telin, Sona Bai Costin, Durpat Bai Loharin, Ramsir Bai Kalarin, Sughandheen Bai Gondin – with the castes clearly mentioned. This may be because the handwritten register is unlike the one used after it, which was printed and had separate columns for name, guardian and the caste of the student. 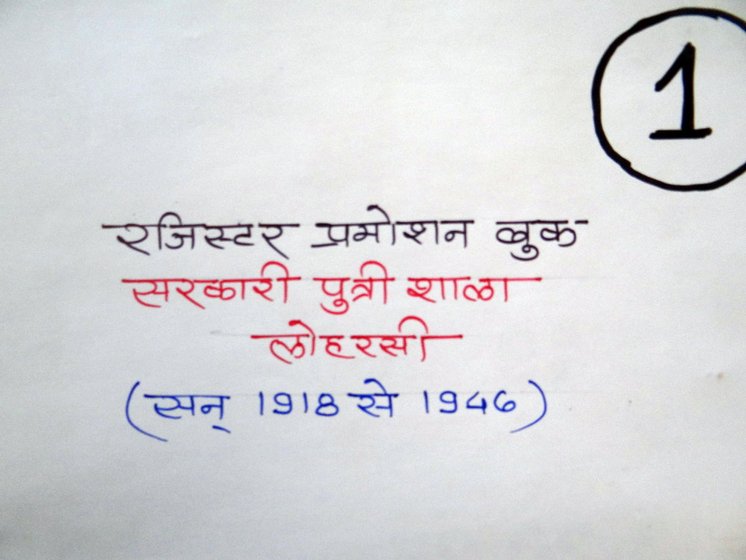 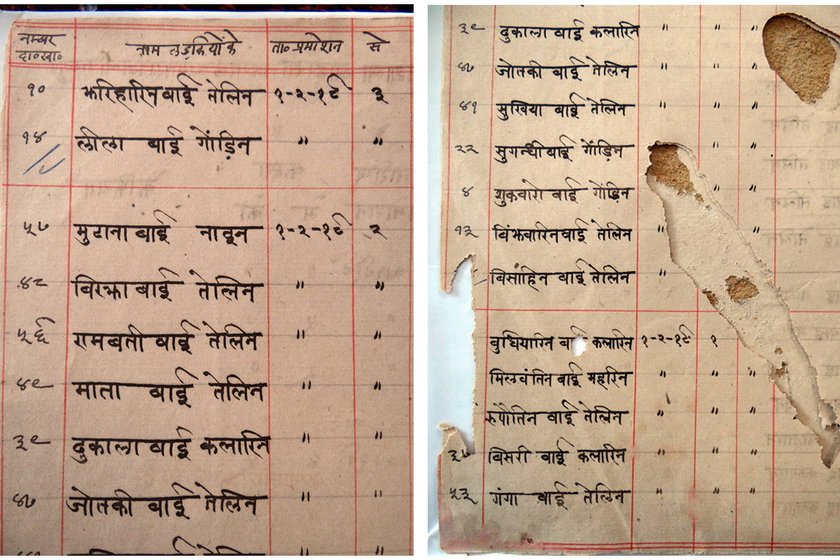 Pages from the old termite-infested register

The register also shows that many girls quit the school when they reached puberty. This is documented as a reason for their leaving. Reasons such as migration or poverty are also mentioned. At that time, besides Loharsi, girls from Aamdi and Mujgahan villages also came to study here.

The old documents provide insights into the society of that time. The register for 1918 says that the name of the institution was initially Daughters’ School and it was later changed to Girls Primary School. There were 64 girls in 1918, while today the total student count is 74, of which one is scheduled caste, 12 are from scheduled tribes and 21 are from backward classes. The school has three teachers. 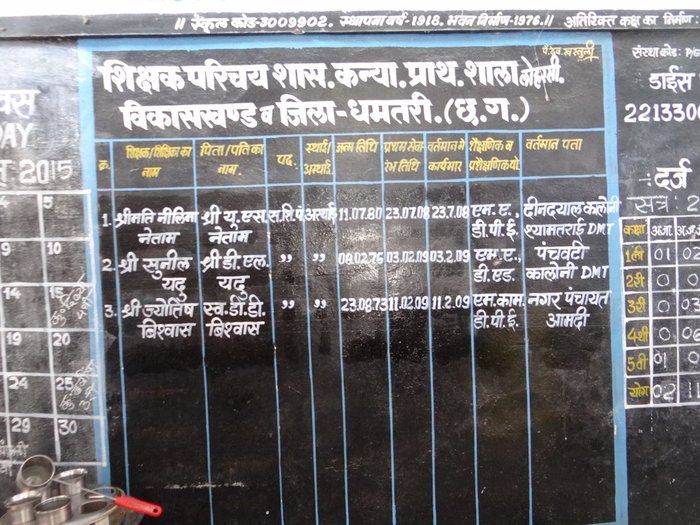 The register also shows that many girls quit the school when they reached puberty. This is documented as a reason for their leaving. Reasons such as migration or poverty are also mentioned

Not only is its past interesting, the present of the school looks bright and hopeful too. During the midday meal, the teachers and girls together discuss various issues; the girls seem to be close to the teachers and share a friendly relationship. The students have learnt several group songs that they sing together, in Hindi as well as Chhattisgarhi. Coloured pictures of birds and animals adorn the classroom walls. Teacher Jyotish Vishwas has painted them. He says, "The pictures are based on the text books and help the students read, write, learn and think. Most importantly, the students and teachers are all involved in painting the pictures together." 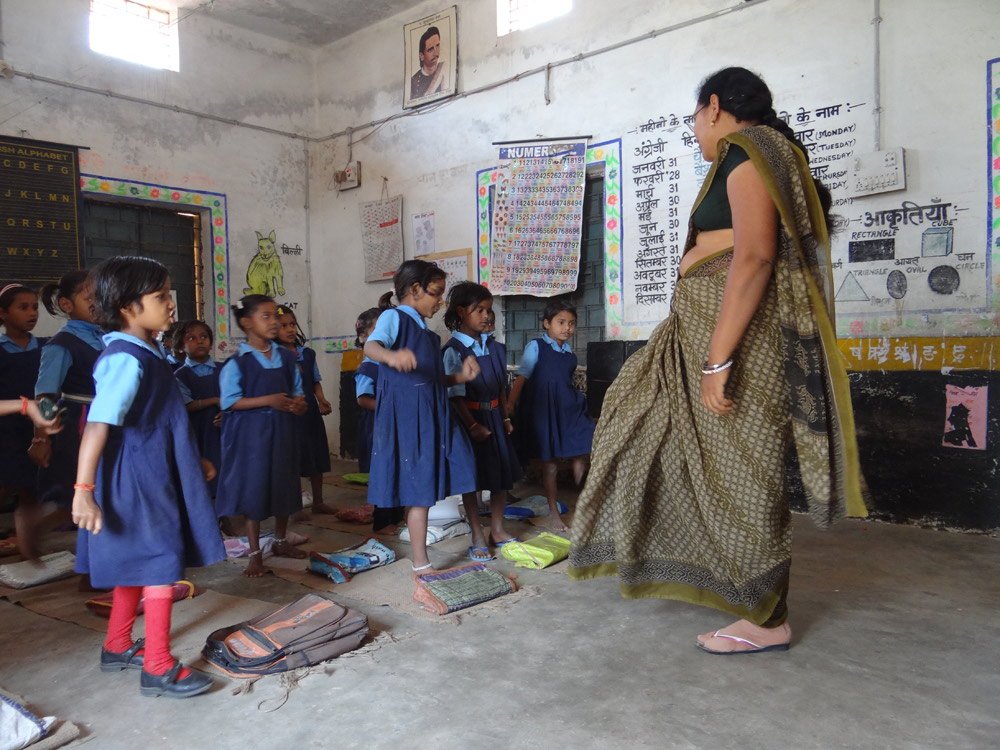 The classes include story, drama, prose poetry and conversation

Sunil Kumar Yadu is the head teacher at present. He said that he would like to see more and more of his students move to the Navodaya School and they are preparing them for this step forward.

The oldest building of the school needs repair or perhaps a new building that allows for more open space. Still, it is heartening to get a glimpse of the school’s history and the enthusiasm of the students and the teachers. Many students are from poor families and do not have footwear. But their attitude speaks of the laurels they will one day bring to the name of their school. 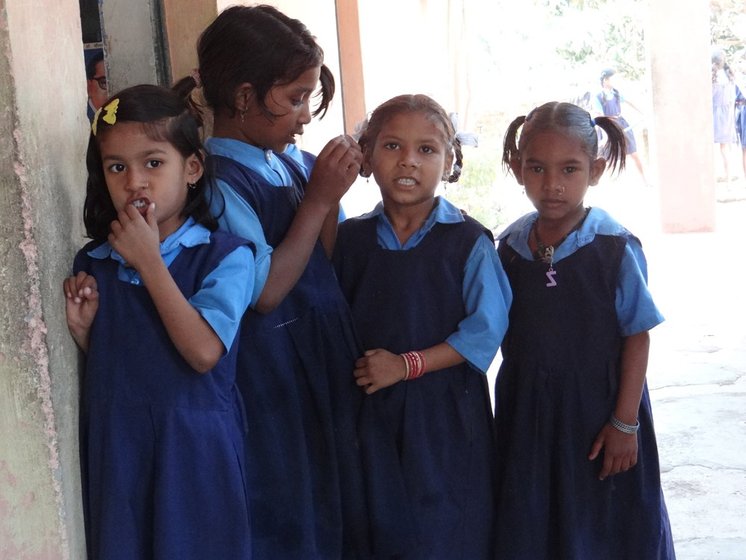 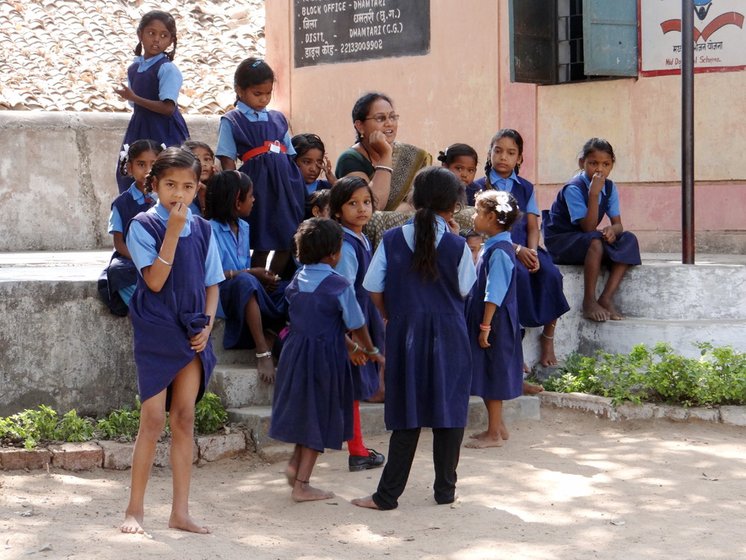 Left: Students during a break period. Right: The name of the school originally was ‘Daughters’ School’, it was later changed to Girls Primary School

Ruchi Varshneya lives in California and works for a health care company. She has a degree in engineering from IIT Roorkee, an MBA from XLRI, Jamshedpur, and a master's in Public Health from Johns Hopkins, Baltimore, U.S. She runs to raise funds for Asha for Education, and volunteers for PARI and Kaavyalaya.org.

Other stories by Ruchi Varshneya