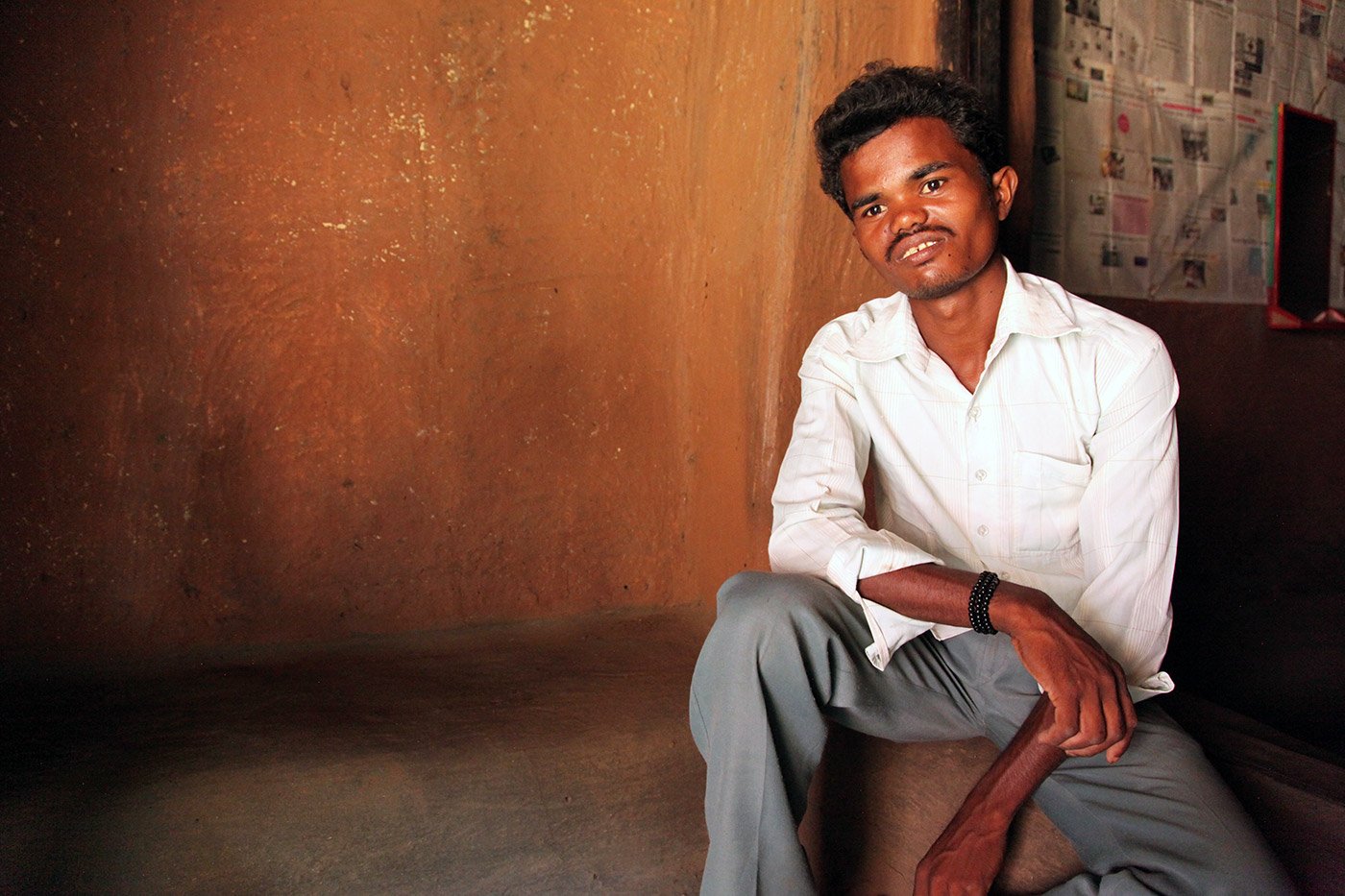 The long aftermath of hunger

In 1996, Balmati Naik died of starvation in Odisha's Barlabaheli village, leaving behind her six-year-old orphan, Gundhar. Two decades on, this reporter revisits the village looking for the young man

Is Gundhar Naik home, I asked a woman scrubbing pots and pans outside the house next door.

"Where have you come from, and what do you want here?" she demanded.

I am a journalist from Khariar who has written stories about Gundhar in the past, I explained. I have come to find out how he is doing.

The woman looked closely at me and asked, "Are you Thakurji?" Yes, I said, pleased that she had recognised me after all this time.

I had visited Barlabaheli village in Bangomunda block of Bolangir district (also listed as Balangir), Odisha, several times in 1996-97. Now I was back after a gap of nearly two decades.

In 1996, a severe drought in western Odisha – across Bolangir, Nuapada and other districts – had caused hunger and starvation. It led to an exodus – many migrated for work to the brick kilns of Andhra Pradesh. Sadly, it was not unusual for this area – every 2-3 years a drought caused such conditions at that time. 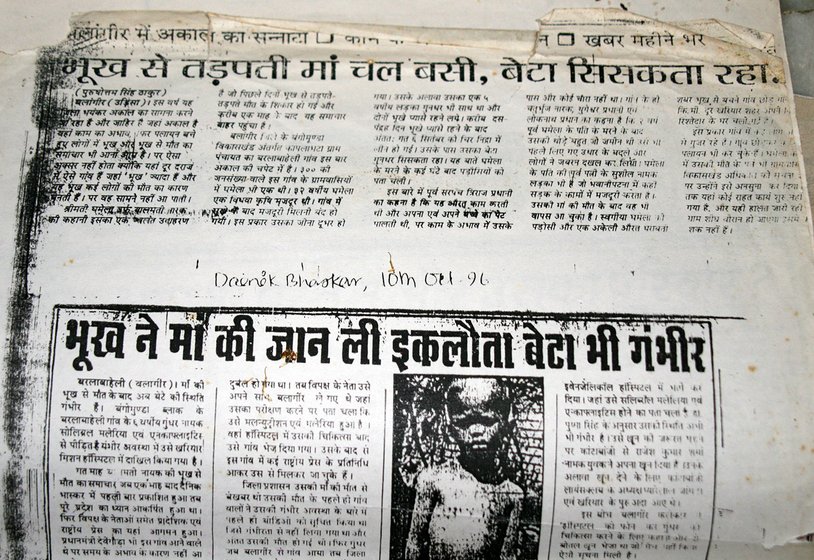 Reports on Ghamela's starvation-driven death and her orphaned son Gundhar, in 'Dainik Bhaskar' in October 1996

Balmati Naik, alias Ghamela, a 32-year-old Adivasi widow of an agricultural labourer, was one of around 300 residents of Barlabaheli village. Her husband had died two years earlier. Ghamela had been forced to give up the little piece of land they owned to repay a loan. She worked as a daily-wage labourer, but following the drought, there was no work to be found in the village. Her six-year-old son Gundhar and she were starving. The locals claimed they had informed block development officials of Ghamela’s situation before her death, but they did nothing.

On September 6, 1996, after roughly 15 days of starvation, Ghamela died. Many hours later, the neighbours had found her son screaming and crying beside her body.

My stories on this starvation-driven death and its aftermath were published in Dainik Bhaskar in October 1996. Local social workers and some opposition leaders visited the village and took up the issue. Members of the Human Rights Commission also came and noted that it was a death caused by starvation. Political leaders, the block development officers, the district collector and district magistrate made tracks to the village. Even the then Prime Minister H.D. Deve Gowda was scheduled to visit, as part of his tour of drought-hit regions, but did not show up.

The villagers told the visiting officials that employment opportunities were what they needed most. But when they pressed their case, village leaders had alleged, the district magistrate warned them not to play politics or take their protests too far, or the village would be denied the few benefits (such as ration cards)  it was getting.

After his mother's death, Gundhar was very weak. Local panchayat leaders took the child to Khariar Mission Hospital, nine kilometres away, where he was diagnosed with severe malnutrition and cerebral malaria. He was critically ill, but survived. 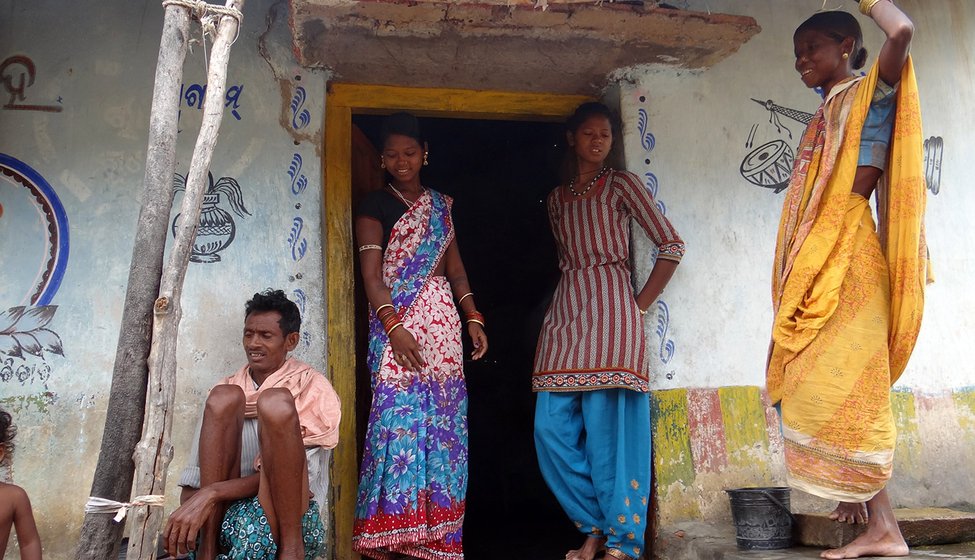 After he recovered, Gundhar was sent back to the village. The national media arrived to cover the story. The district administration granted him Rs. 5,000 – a fixed deposit of Rs. 3,000 and Rs. 2,000 in a savings account. And with that they washed their hands of the orphan.

For 19 years, I had wondered what had happened to Gundhar.

Ghamela’s husband had a son, Sushil, from a previous marriage. When she died, he was around 20 years old and working at a road construction site on the Khariar-Bhawanipatna road.

The neighbour told me that Gundhar now works at the Pappu Rice Mill in Tukla village, less than five kilometres from Barlabaheli . His in-laws live in Tukla, she added, and he has a two-month-old baby. His stepbrother works as a haliya (helper) at a nearby farm.

Riding my motorcycle over the ridges of the fields, I found the farm where Sushil was tilling the land owned by his employer. His three daughters and a son were nearby. Sushil, now 40, was unmarried when I had met him following Gundhar's mother’s death. He did not recognise me, but when I reminded him of the stories I had written, he remembered.

Sushil is paid Rs. 4,000 a month, or Rs. 130 per day, on which the family subsists. Some of his kids had clothes on, some did not. Their poverty was evident.

I left for Tukla to meet Gundhar. At the Pappu Rice Mill I met the owner Pappu, and he informed me that Gundhar had gone to his village that day. I went to his in-laws' house where I met his wife Rashmita, who was holding their baby boy, Subham. Her husband had gone to Barlabaheli to clean the house and had been gone a long time, she said. 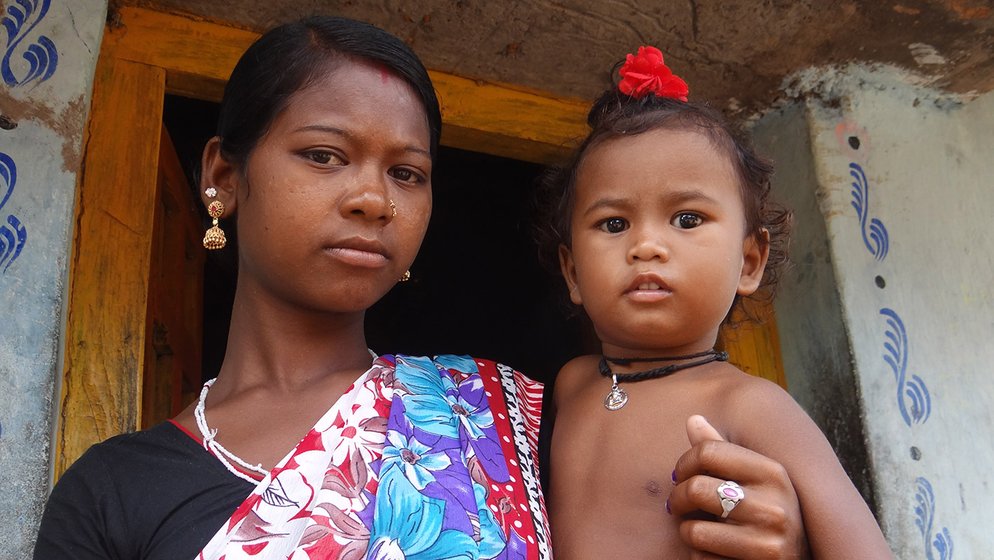 I went back to Barlabaheli. Gundhar was indeed at the house. He smiled and greeted me. The six-year-old had become a young man, a husband and a father.  But there was still an innocence about him. And he had never fully recovered from the weakness and malnutrition of his childhood.

The house made of mud and tile was much the same. Gundhar's family lived in one room and Sushil's family in the other. Gundhar said they had been living with their in-laws for the delivery of the child. They would return to Barlabaheli soon.

How much do you remember of the past, I asked Gundhar.

"I remember my parents were never well because they were always hungry," he said. "My mother had fever. She starved for several days and then she died."

When he returned to the village from hospital, prompted by all the publicity that followed my reportage, the administration got him admission at a local ashram (residential) school for Adivasi students.

"I studied till Class 2 or 3," Gundhar says. "But when I came home for the summer holidays, it was difficult to get any food. So I shepherded goats and sheep for people and ate whatever they gave me. I never went back to school. Then I worked at a hotel near Tukla. They gave me food and Rs. 50 a day. Once I went with 2-3 friends to work at a brick kiln at Mahasamund. We worked for 3-4 months, but the brick kiln owner did not pay us, intimidated us, and drove us away.  We came back and started shepherding cows and bulls for the villagers."

His brother and sister-in-law got him married. "I am a poor man. The day I earn is the day I eat. So I could not afford any celebration and just brought my bride home."

How much do you earn at the Pappu mill in Tukla, I asked. 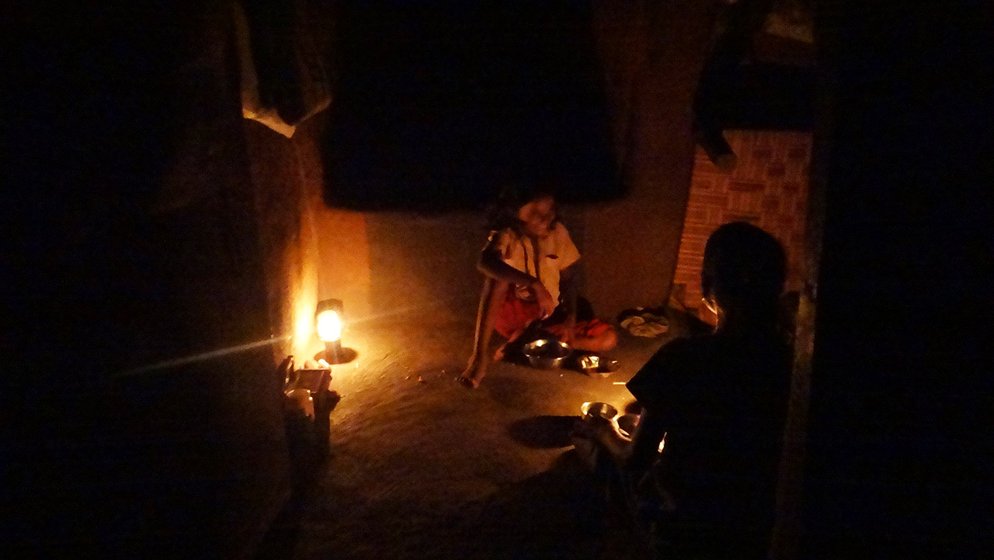 “I sew jute sacks there, for which I get Rs. 80 per day," he replied. "Those who lift sacks of rice get Rs. 130 per day. But I cannot lift the weight in this heat, so I tailor the jute sacks.”

Gundhar does not have a BPL (below poverty line) card but has an Antyodaya card under which he gets 35 kilos of rice per month.

Will you educate your children, I ask him.

“I am a poor man. I will educate them as much as I can. Because we have trouble getting enough food, my wife cannot breastfeed the baby. So we have to buy Amul milk; that takes most of our money."

When I once again visited his village a month ago, Gundhar had left for Andhra Pradesh to work at the brick kilns. His entire family had gone to the kilns, to work and raise money for his sister-in-law's wedding. But they had to work so hard against the six-month advance payment of Rs. 18,000 they received per person, that after returning to Barlabaheli recurring illnesses and medical expenses took up a lot of the money they had earned and tried to save for the wedding.

After a while, Gundhar went back to the kilns. He is now working as a loader there, piling bricks on to tractors for their onward journey.

Nineteen years on, this young man and his family are still struggling to stave off the hunger that claimed his mother and left him with a lifelong frailty.

A version of this story was published in Amar Ujala on August 14, 2016. Translated for PARI from Hindi by Ruchi Varshneya.

Ruchi Varshneya lives in California and works for a health care company. She has a degree in engineering from IIT Roorkee, an MBA from XLRI, Jamshedpur, and a master's in Public Health from Johns Hopkins, Baltimore, U.S. She runs to raise funds for Asha for Education, and volunteers for PARI and Kaavyalaya.org.

Other stories by Ruchi Varshneya