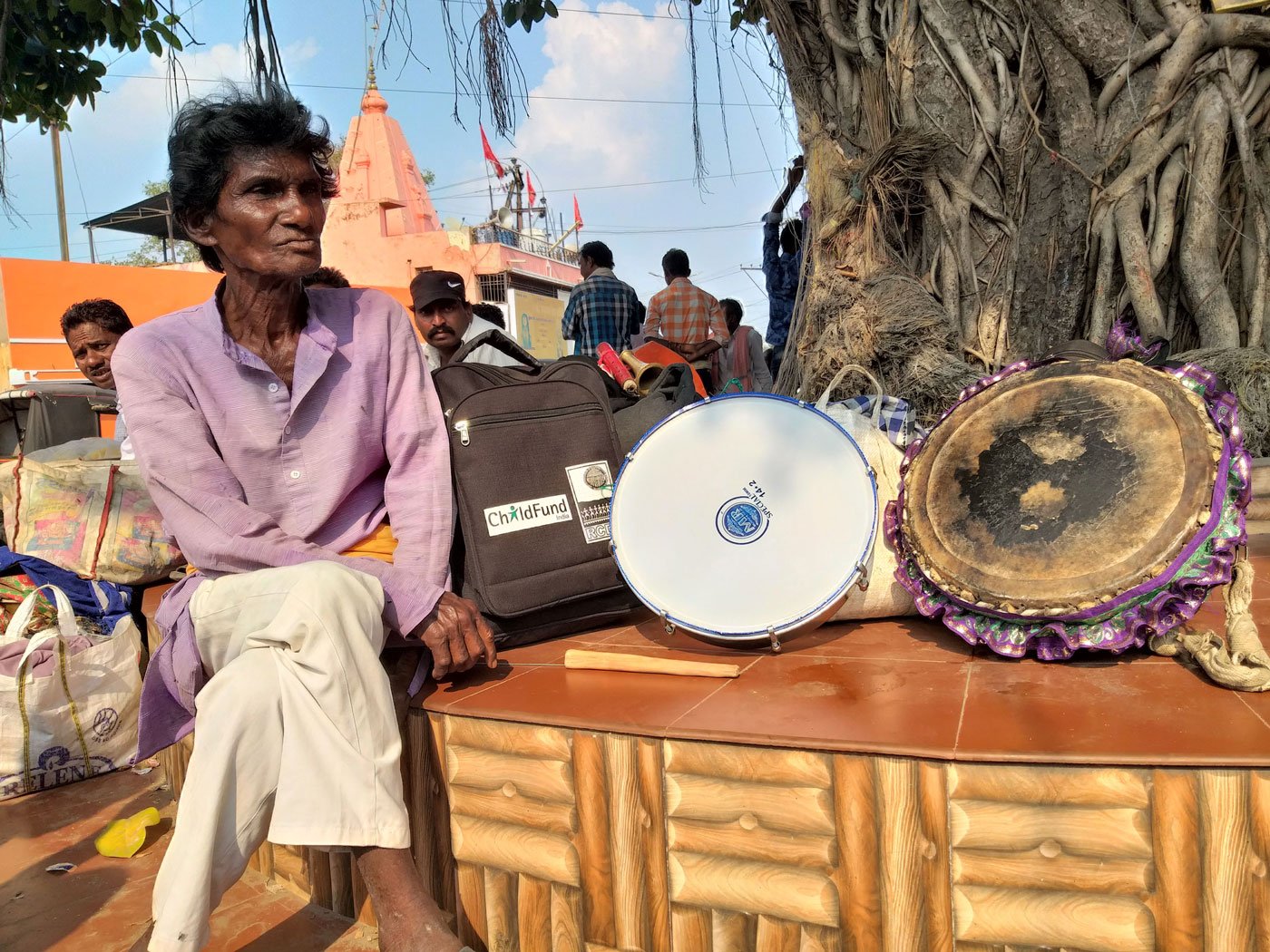 The baja for the nacha in Achhoti

Every year, musicians from Dalit communities in western Odisha gather at a square in Raipur, and wait to be hired by OBC dance groups from Chhattisgarh

It was the morning before Diwali in early November, 2018. Around 30-40 troupes of musicians from western Odisha had gathered at the Budha Talaab square in Raipur. From their attire and instruments, I could tell that they must be from Balangir, Kalahandi or Nuapada districts. They were all from the Ganda community, a Scheduled Caste.

Their performances – locally called gana-baja – are a popular folk music form in Odisha. The troupes have different beats or genres for different occasions like marriages, pujas and other celebrations. Around 5-10 musicians – traditionally, only men – make a troupe, each carrying traditional instruments like the dhap, dhol, jhanj, mahuri, nishan and tasha .

I asked the musicians in the Kosli (or Sambalpuri) language of western Odisha who they were waiting for. Hearing me speak, Benudhar Chhura from Kandakhal village in Titlagarh tehsil of Balangir (or Bolangir) district, who has been coming here for nearly 30 years, replied, “We are waiting for the Raut-nacha parties. They will hire us for their dance.” 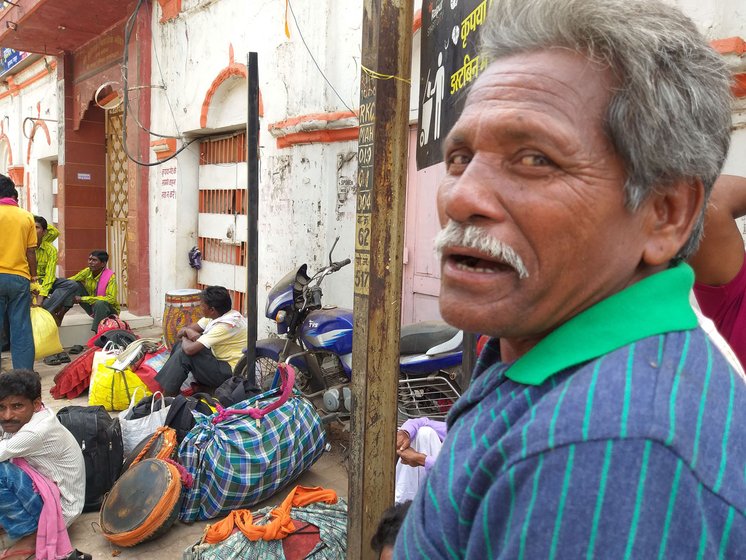 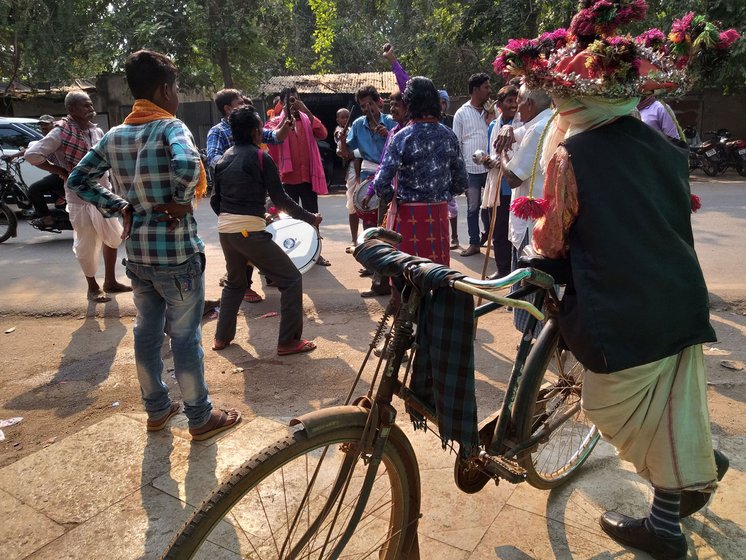 Left: Benudhar Chhura has been coming to Raipur with his gana-baja troupe for three decades. He started when he was around 20 and is now almost 50. Right: A member of the Raut community (with the cycle) watches and evaluates a gana-baja performance

The Raut or Yadav (OBC) community celebrates Govardhan puja during Diwali with a dance performance called the Raut-nacha . “For that dance, they need our music. They come and try out troupes and find a suitable one,” Benudhar added.

How much will they pay your troupe and how many days will you stay here, I asked. “They pay anywhere from Rs. 15,000 to Rs. 40,000, depending on the dance party and which troupe they choose. They will take us for a week or eight days. You will see that there are hundreds of groups here waiting to be hired. The Raut-nacha party will come and choose the gana-baja . The Gauri-Gaura puja is also celebrated at this time, so if the troupe is chosen for that, it will only be for two days and we will get 15,000-20,000 [rupees].”

For how long have you been coming here, I asked Shankar Sagria, who was standing nearby. He is from Sargul village in Balangir district. “I’ve been coming here for the last 12 to 15 years,” he said. “My fellow musician Upasu has been coming for even longer.” I then asked Upasu how much they were making at that time. “It was 7,000-8,000 rupees back then,” he recalled. 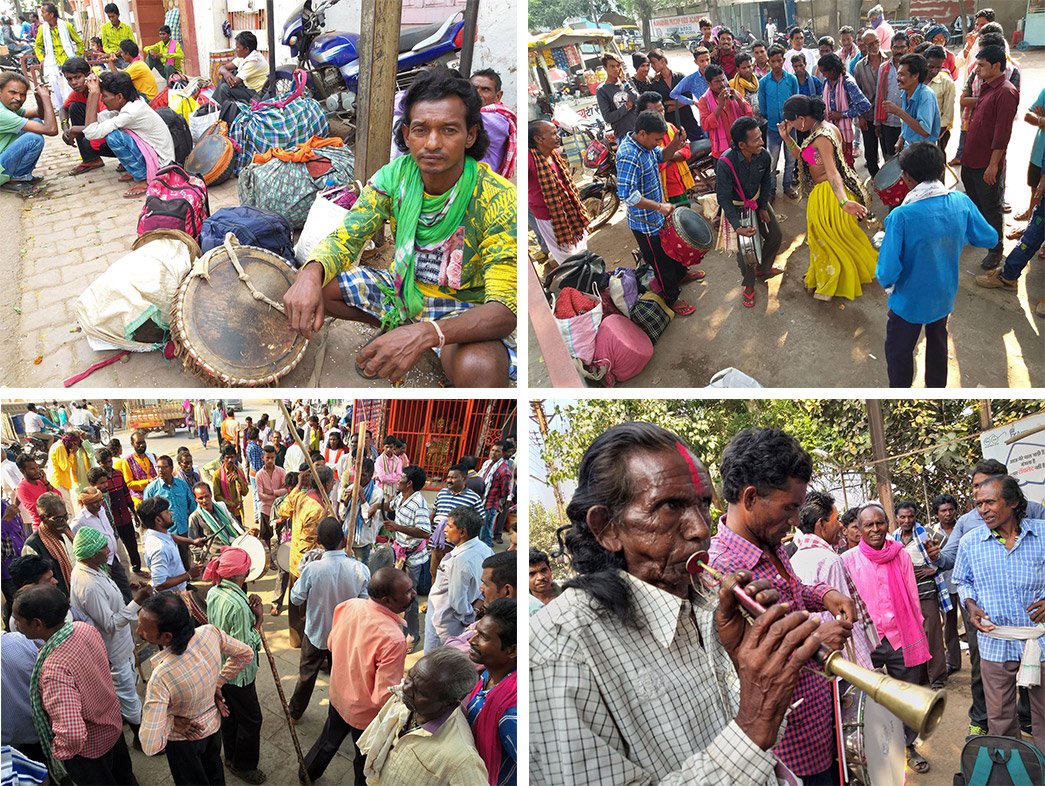 Top left: Shankar Sagria, from Sargul village in Balangir district, is a nishaanwaala – he plays the the nishaan , a leather and iron drum that's central to the gana-baja . Top right: A transgender person from a gana-baja troupe dancing; this trying out of the musicians will determine if they are hired. Bottom left: Gana-baja troupes display their musical prowess to Raut-nacha members. Bottom right: A mahuria , who plays the mahuri (a trumpet) , tries hard to prove that his troupe is good – hoping to be chosen by the Raut dancers

What do you do when you’re in the village and not travelling with the troupe? “We are all small farmers and farm labourers. So after [paddy] harvesting is over, we go [to perform] at marriage ceremonies and other events. And we wait for Diwali and come to Raipur for this,” he said.

I had heard that there was a drought in that part of Odisha, so I asked: What about the crops this time? “This time too there is a drought. We have lost our crops,” Upasu explained.

While we were talking, a troupe started playing and I went across to see them. Three persons from the Raut community were singing and the gana-baja musicians were playing along – trying hard to attract the Rauts so that they will be selected. 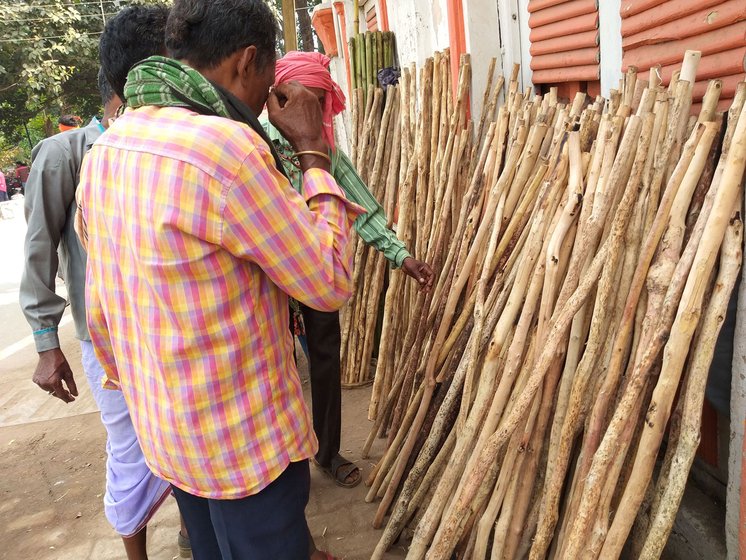 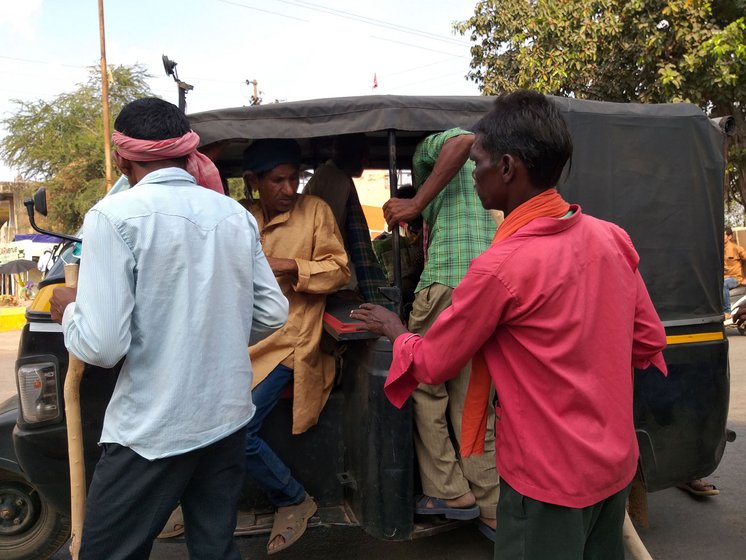 Left: The Raut-nacha dancers use this stick while dancing. Right: People from Achhoti in Durg district have finalised a deal with a gana-baja troupe and are taking the musicians to the village in an autorickshaw

Not far off, a transgender person from a gana-baja troupe started dancing and drawing a lot of attention. Beyond that, a gana-baja troupe and some Raut-nacha dancers were getting into a rickshaw to leave. I rushed over and asked the drummer: How much was the deal for?

“18,500 rupees for seven days,” he said. Which village are you going to? Before he could answer, Sonuram Yadav, from the Raut community in Achhoti village of Chhattisgarh’s Durg district, said, “We have selected this troupe and will host them for eight days.”