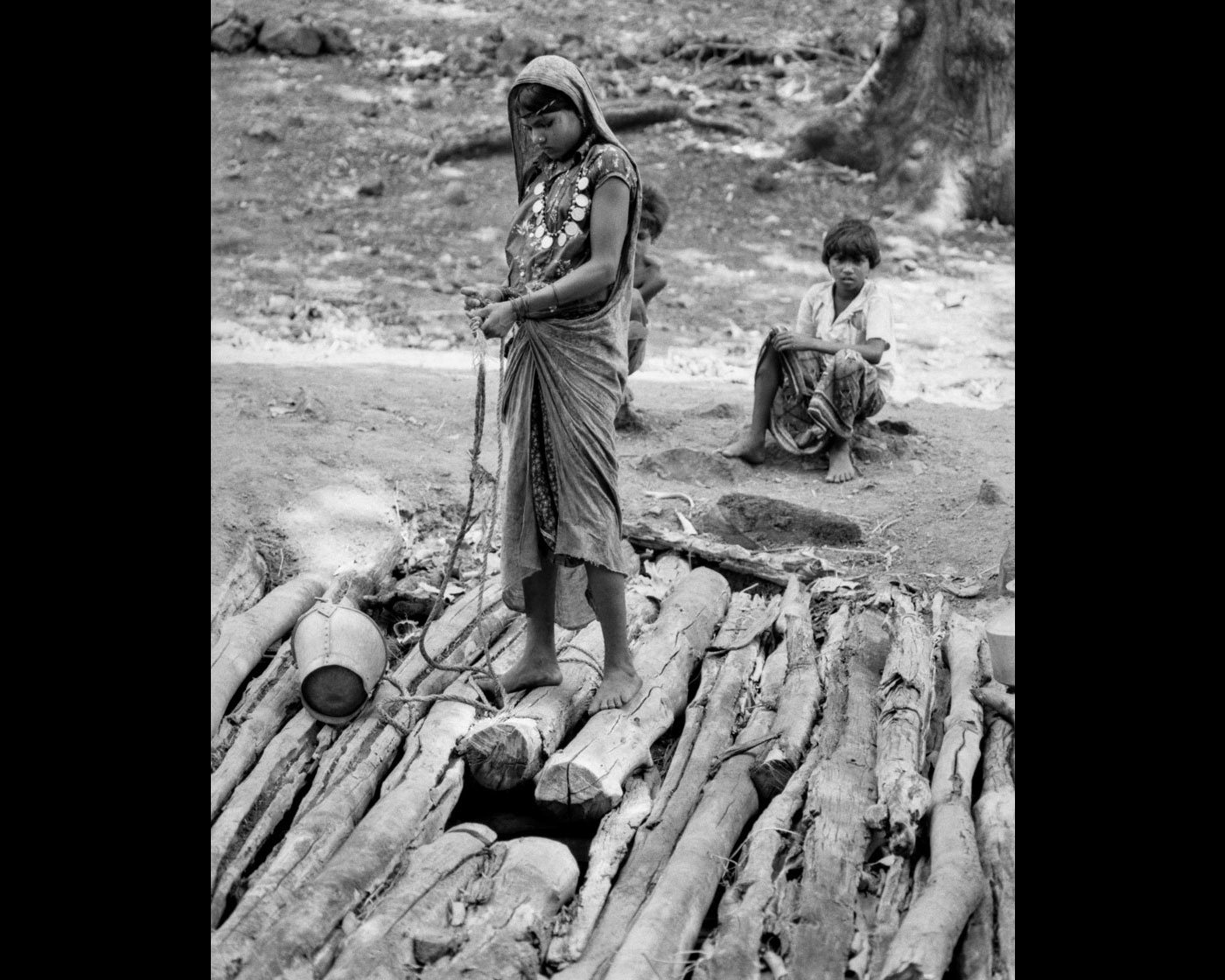 Walking the thin line for water in Jhabua 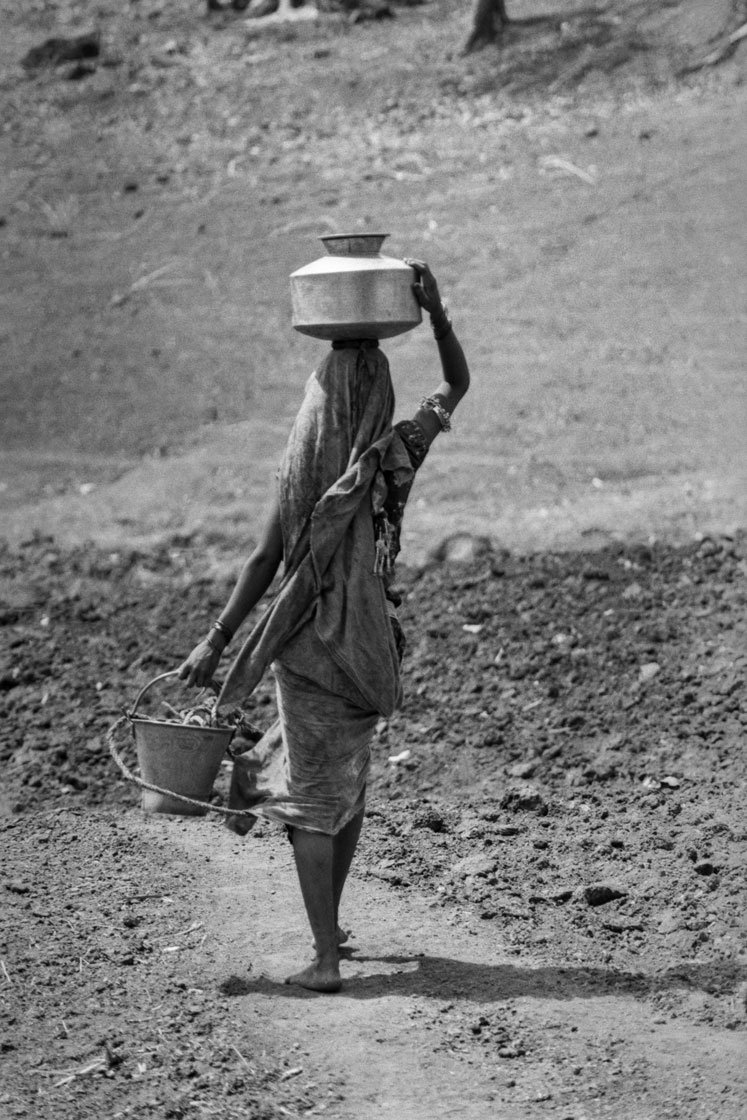 It was something like a tightrope-walk performance, only trickier and more dangerous. There were no safety nets or other protections. The open well she was stepping on to, had no boundary walls. It was just covered with heavy logs of wood that maybe kept out mud and other rubbish blown across by searing hot winds at noon in 44 degrees Celsius. The small opening at the centre was made by simply adjusting the logs at different angles.

She had to draw the water standing at the edge of the logs. In doing which she ran two risks: she could trip and fall or the logs could give way under her weight. Whichever way it happened, that meant a drop of at least 20 feet. It meant worse if some of the logs were to fall inwards on top of her as she went down the well.  A sidewards slip could mean a crushed foot.

Well, nothing of the sort happened that day. The young woman was a Bhilala Adivasi from a falia or hamlet (that could be clan-based) within a village. She glided on to the logs most gracefully. She then calmly slung a bucket tied to a rope down the well and pulled it up full. She poured the water from it into another vessel. Then she filled the bucket again. Neither she nor the logs wavered in the slightest. And she glided off for her home in Vakner village in Madhya Pradesh’s Jhabua district. Carrying two full containers of water, her right hand supporting the heavier vessel on her head, her left holding the swinging bucket.

I had walked quite a distance with her to this well from her falia . And had figured that if she made this journey twice a day (sometimes more) she walked no less than six kilometres on this chore alone. I stayed on for a while after she left. Other young women, some just girls, repeated her performance effortlessly. They made it seem so easy, I decided to take a shot at it myself, borrowing a bucket with rope attached from one of the girls. Each time I stepped on to the logs, they would waver, even roll slightly. Time after time, as I walked up to the mouth of the well, the edges of the logs I was on seemed to quiver slightly and dip menacingly. Every time I would retreat to terra firma.

Meanwhile I had drawn an enthusiastic audience consisting of the women who had come to collect the water and many little children eagerly waiting for me to drop into the well.  I was the afternoon’s entertainment. It had to end though, as the women who found me hugely funny for a while were getting anxious about finishing that supremely important chore: fetching water for their homes. I only managed half a bucket after more tries than I remember from 1994 but left to the full-throated applause of my juvenile audience.

A shorter version of this piece appeared in The Hindu BusinessLine of July 12, 1996.