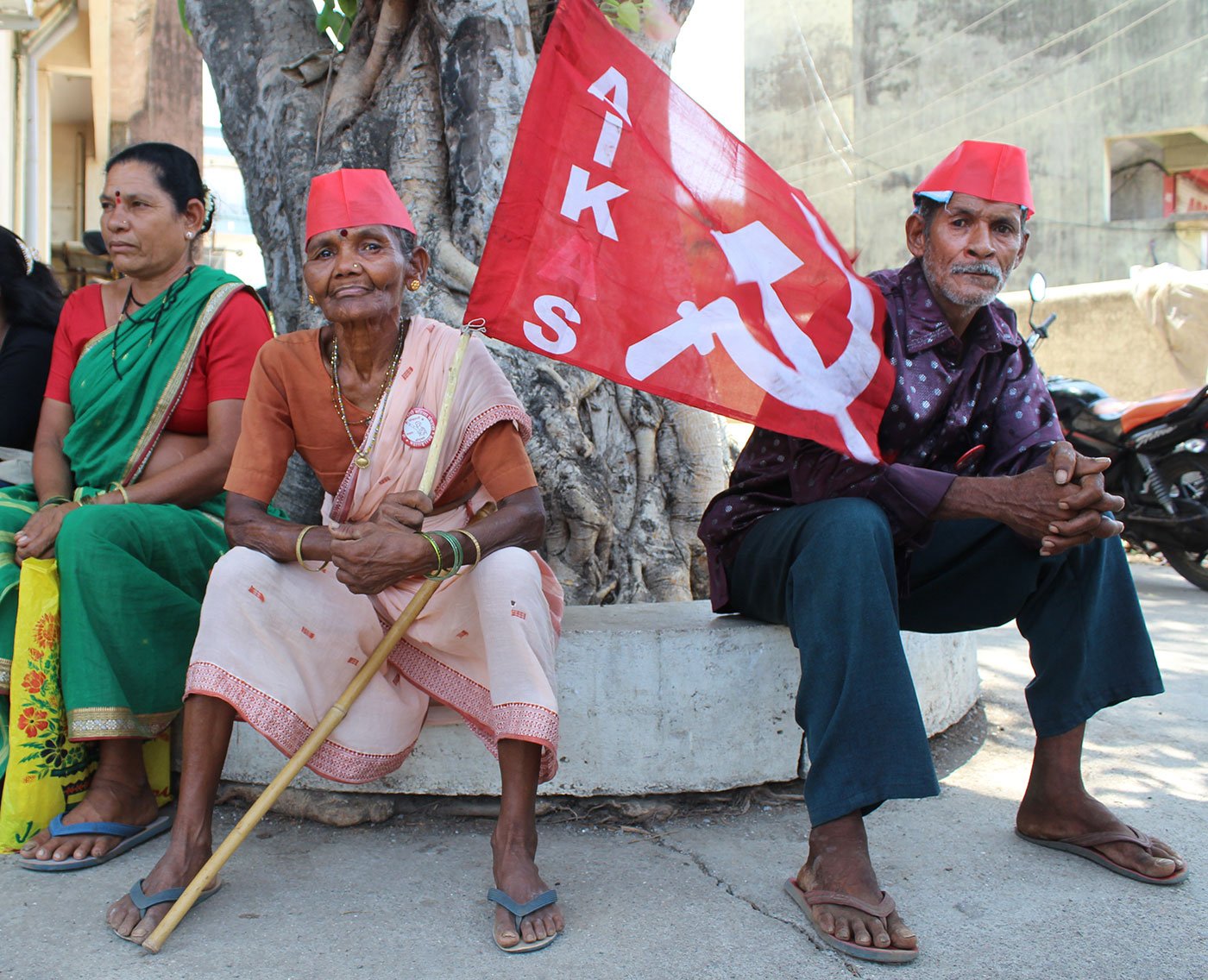 The unending struggle of Kamli Bahota

Now touching 70 years, she still energetically marches many miles at farmers’ rallies. She was at the Long March two months ago, at a May 3 rally in Dahanu, and is ready to walk to Delhi if her demands are not met

“All the youngsters fell ill and took tablets. I didn’t. I kept walking,” Kamli says proudly.

An Adivasi from the Warli tribe, Kamli was one of the 40,000 farmers who walked from Nashik to Mumbai – a distance of 180 kilometres – in the month of March 2018, for the historic Long March. The sheer resilience of gentle but militant farmers like her forced the state government to agree to all their major demands.

Two months later, on May 3, Kamli was back on the street, this time in Dahanu for the Nirdhaar (Determination) March. Like the morcha in March, this rally too was called by the All India Kisan Sabha (AIKS), demonstrating their resolve to ensure the government keeps its promises. There were 35,000 Adivasi farmers at this rally. Kamli marched along in the blistering noonday heat. She listened intently to the Kisan Sabha leaders reiterate what they won with the Long March and how they plan to continue the struggle.

Kamli Babu Bahota is a veteran revolutionary.  A member of the All India Democratic Women’s Association (AIDWA), Thane-Palghar districts, she lives in Avalveda hamlet near Charoti naka in Dahanu taluka of Palghar.  She has participated in numerous peasants’ protests for decades. She even went to two major agitations [in 2012 and 2015] of the Kisan Sabha in New Delhi. 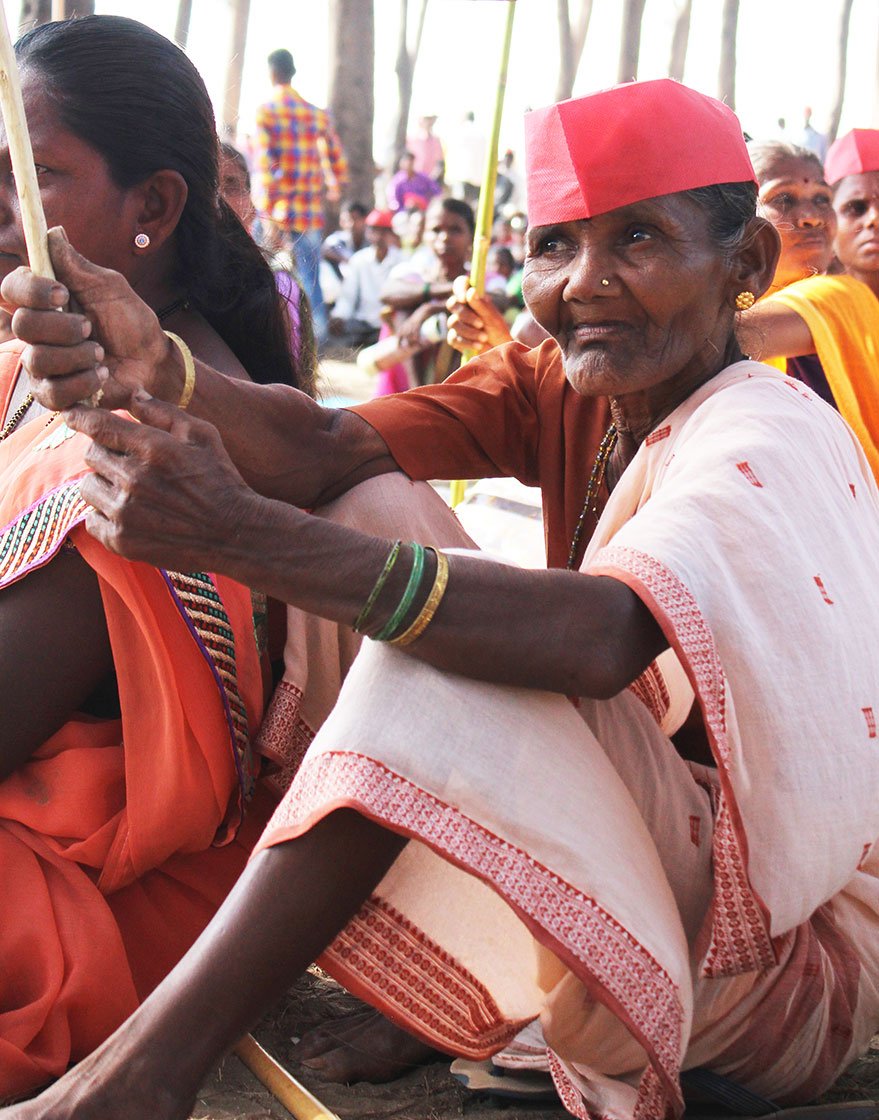 At the Dahanu rally, Kamli and her comrades listening to Kisan Sabha leaders

Kamli's husband too was involved in the peasants' struggle, as was her grandfather. She is now a widow. Her family cultivates two acres of forest land, along with the five acres that she got under the Bombay Tenancy and Agricultural Lands Act of 1948. “It’s been over two decades since we have been working together,”  says Lahani Dauda, AIDWA district secretary for Thane-Palghar. “It’s been over 40 years since she has been fighting for her plot.”

Adivasi farmers across the state have for long been fighting for their share of forest land that they are entitled to under the Forest Rights Act of  2006. Most have not received registered land titles; some have received titles for plots that were underestimated in surveys. “Kamli, like others, has applied for the survey of her land. Either the application is rejected for a supposed lack of documents or the applicant does not even receive the form [to get the land recorded with the registrar],” says Dauda.

How old is she? Kamli smiles. She does not want to answer that. Dauda reckons well above 65.  Her son, a farmer, supports her. Kamli has on occasion sold her paddy and used some of that money to fund her participation in the protests.

What will you do if your demands are not fulfilled? Will you march again?

“Yes, of course! I will march to Delhi if need be,” she says with a serious frown, unusual for her otherwise smiling face. She makes a gesture with the red flag in her hand as if to hit an imaginary object on its head with it, and chuckles.