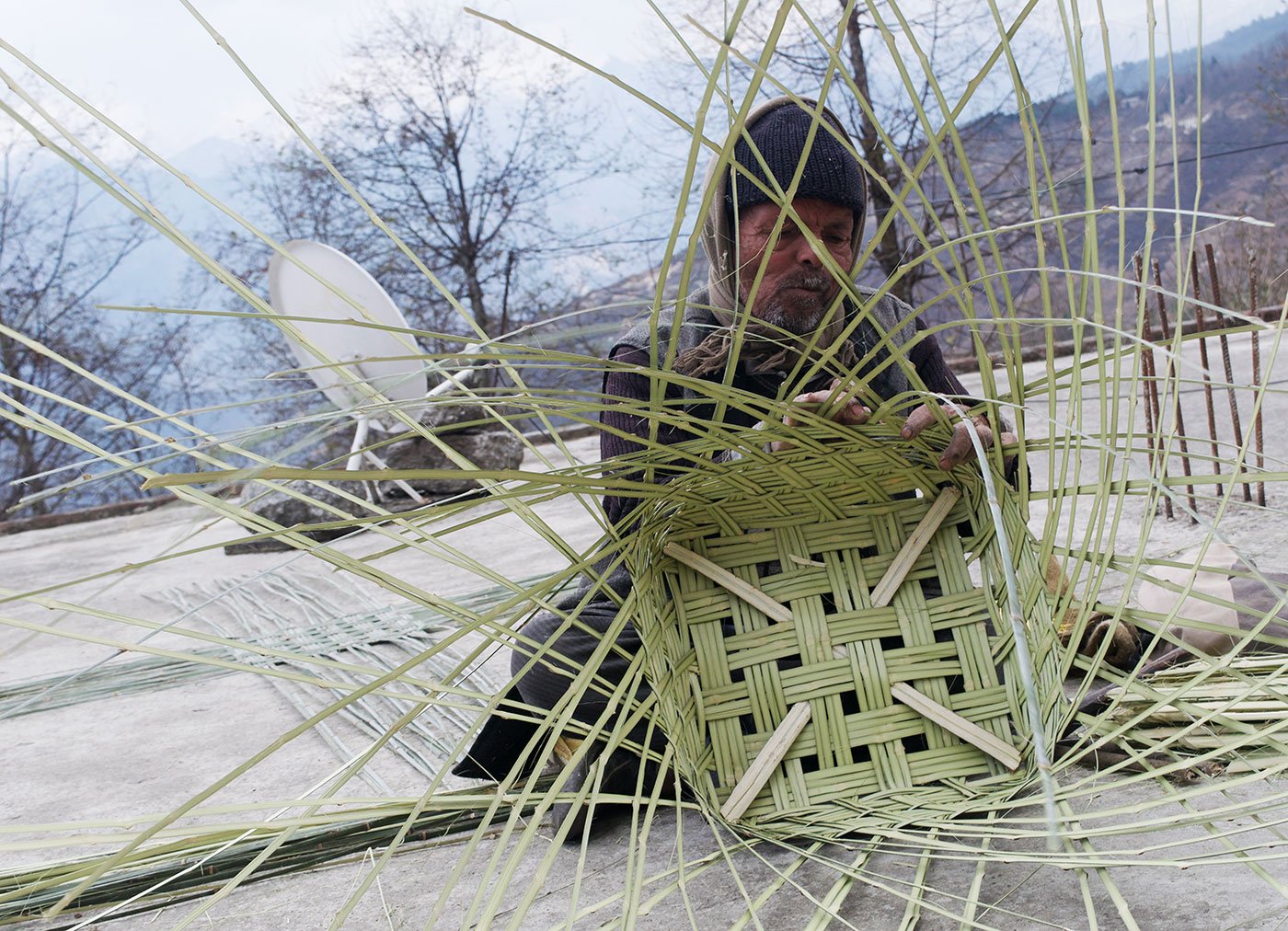 “I gathered this ringal from the forest yesterday. These sticks will be enough to make two baskets,” he says, without looking at me or the camera. Nain Ram has been making bamboo products since he was 12; he learnt the skill from his father, who was reluctant to allow his son to do this work because of the poor returns. So, he says, “as a child I would steal ringal from people’s lands and make baskets, flower vases, dustbins, pen stands and boxes for hot chapatis ." 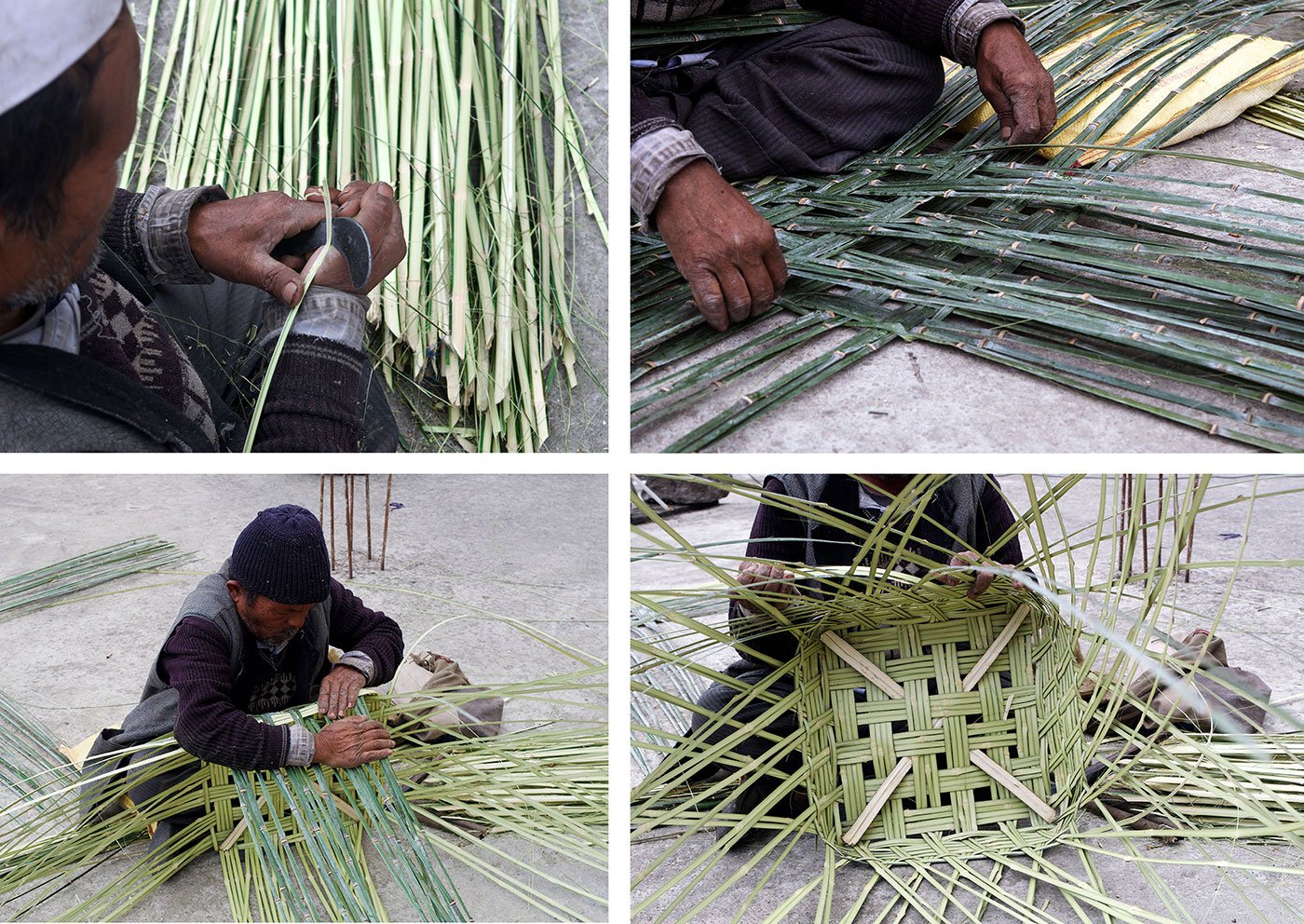 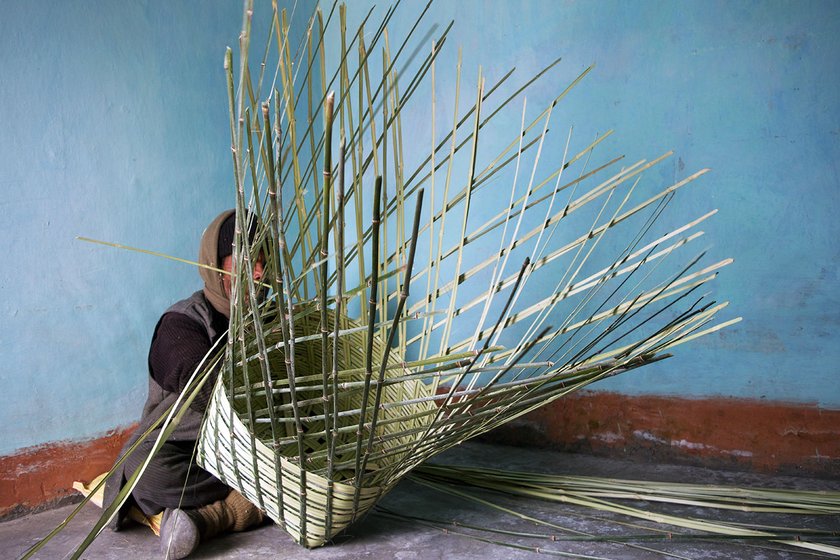 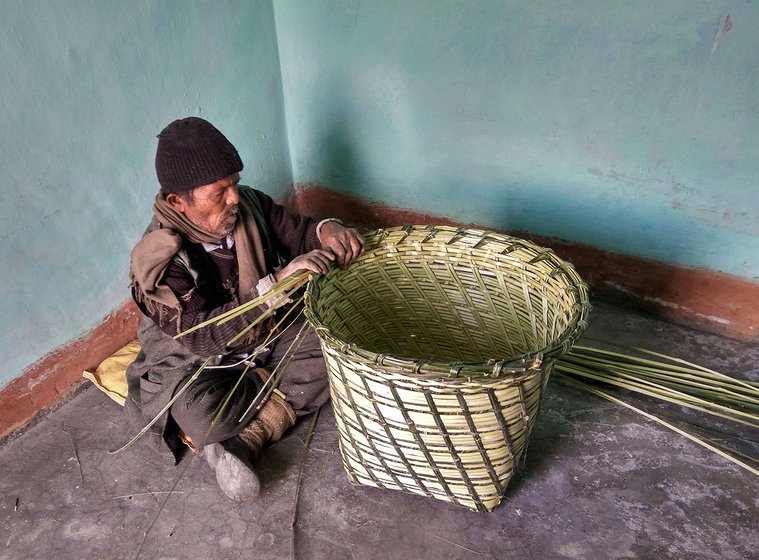 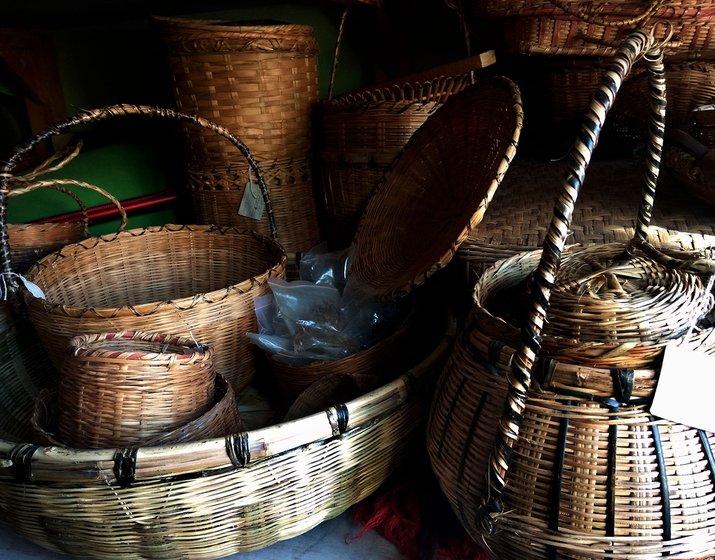 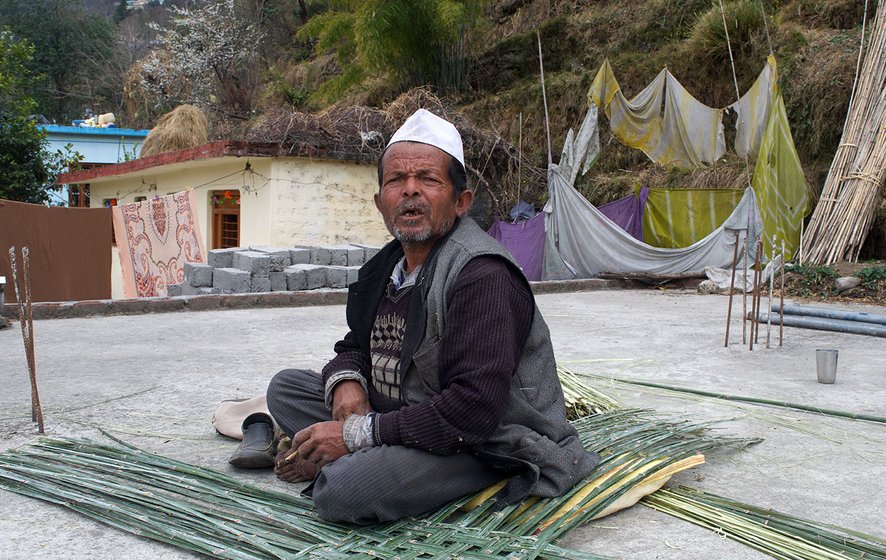 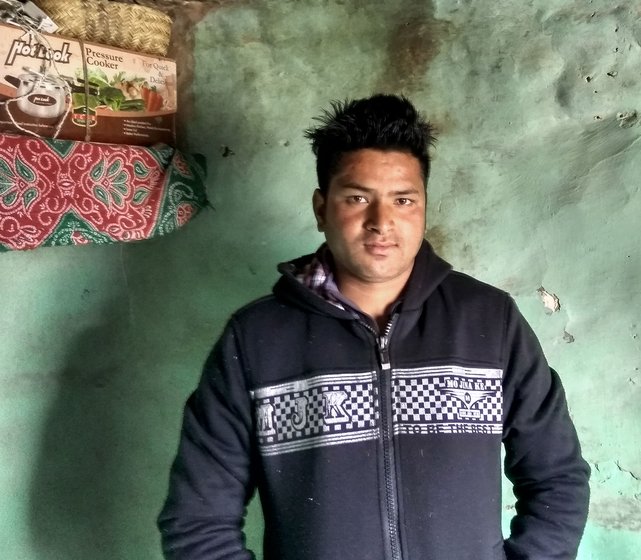 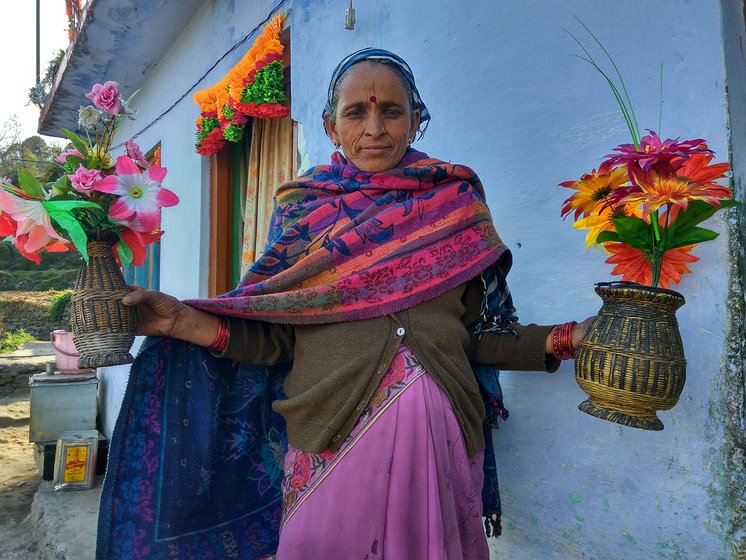 While Nain Ram has trained others in making ringal products, including women at a local non-profit organisation, the government hasn’t done much to promote ringal bamboo products. It hasn’t fixed a minimum selling price to ensure a decent profit, and neither has the state helped create a market for the products. This has dissuaded Nain Ram’s children from learning the art. He is now the last ringal weaver in his family. His sons, Manoj and Puran Ram, would rather work as labourers at construction sites in Munsiari tehsil .