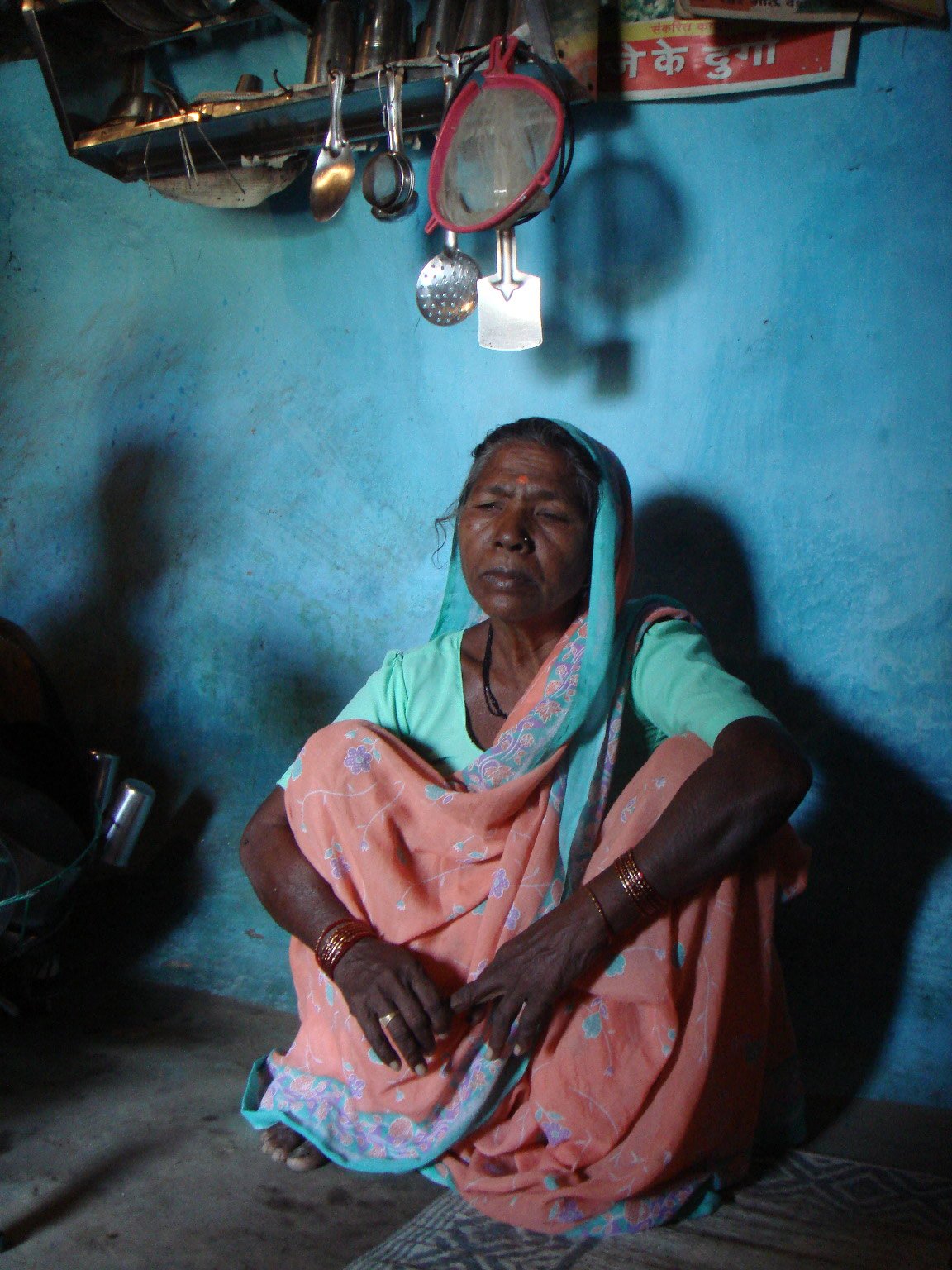 Suicides are about the living, not the dead

Kamlabai Gudhe is a small farmer trying to make a living and support her family. She is also one of about 100,000 women across India who have lost their husbands to farm suicides since the 1990s

A farmer in her mid-60s, Kamlabai Gudhe works as a labourer whenever she can for grain, not cash. It's all she can get. So she labours, sometimes for 12 hours, for Rs.25 worth of jowar . This is apart from slogging on her own four-and-a-half acres. When her crop does succeed, she mostly loses it to wild animals as her farm is on the edge of the jungle. The better her cotton and soyabean, the more wild boars and nilgai it attracts. Fencing the farm would cost Rs. 1 lakh. Money she can't dream of.

Kamlabai is one of over 100,000 women who have lost their husbands to farm suicides in India's agrarian crisis since the mid-1990s. She lives in the worst-hit zone: Vidharbha. Her village Lonsawla is located in Wardha, one of the six districts in the region that have together seen more than 6,000 farm suicides since 2001.

Her husband Palasram, bogged down in debt, took his life a year ago. She has pulled on, trying to run their farm, living in a house with its roof half gone and two walls about to cave in again. This tiny ramshackle residence is home to five human beings. That includes her son, daughter-in-law, and two grandchildren. In society's eyes, Kamlabai is a 'widow'. In her own, she's a small farmer trying to make a living and support her family. 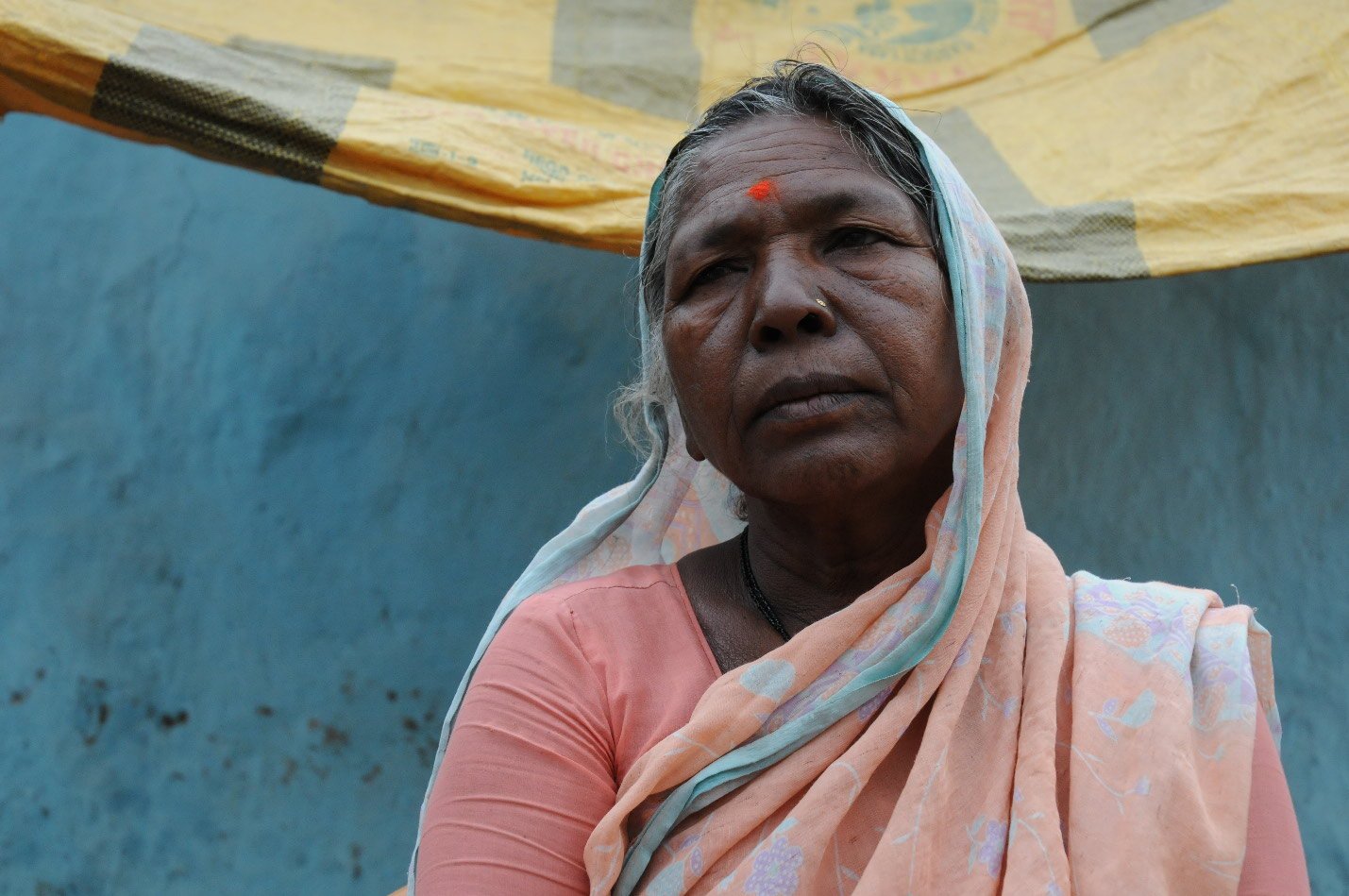 Kamlabai Gudhe at her home in Lonsawla. When she does get work, she only gets paid in grain. Normally, Rs.25 worth of jowar for a day's labour

How did a landless Dalit person come to own a farm at all? The same way she keeps it going. Every moment of Kamlabai's life has been a struggle. She began as an agricultural labourer on a daily wage of Rs. 10-12. "That bought a lot more in those days," she says, of a time nearly four decades ago. To this, she added a little bit by collecting and selling fodder to farmers.

"I remember how my mother trudged for hours to collect chara [fodder] and sell it for next to nothing," says her son Bhaskar, who is central to her plans to keep their farm afloat. "I got ten paisa per penda [fistful]," she laughs. "But I made so many trips for it, I could make up to 10 rupees daily from the chara ." That is, she walked more kilometres than she could count to fetch and sell 100 pendas of fodder each day. Her 16-18 hour workdays paid off, though. From these pathetic earnings she and her husband saved and bought land no one else would at the edge of the forest. That was nearly 40 years ago. She paid Rs. 12,000 for 4.5 acres. The family then worked like galley slaves to cultivate a very difficult farm. "I had another son," she says, "but he died."

Kamlabai walks long distances even today, in her mid-60s. "What to do? The farm is six kilometres away from our village. I earn as a labourer when I find work. And then I go to the farm to help Bhaskar and Vanita." She is too old to find work on government project sites. And on those, anyway, exist huge prejudices against lone women in general and widows in particular. So she takes any work she finds. 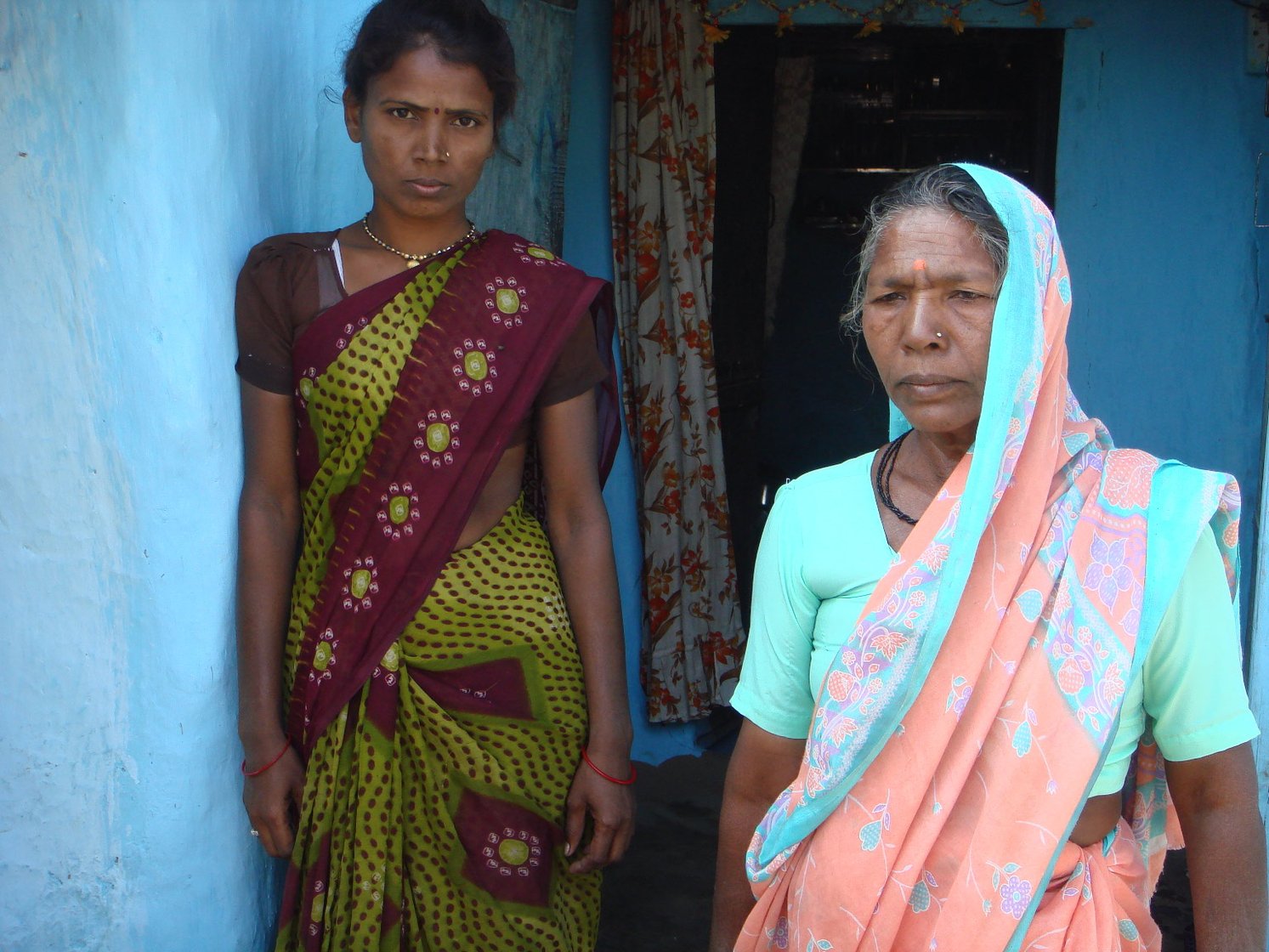 Kamlabai with her daughter-in-law Vanita at their home in Lonsawla in Wardha district, Maharashtra

Between them, the family have nurtured the farm. It looks good and productive. "See this well," she points to a rather large one created by mostly family labour. "If only we could get it cleaned and repaired, we'd have much more water." But that would need Rs. 15,000 at least. And that's apart from the Rs.1 lakh that fencing the field would cost. They could convert one acre to a water body at the bottom of a slope on their land. That would mean even more money. Bank loans are now impossible. And proper repairs to her crumbling house would cost another Rs. 25,000. "My husband killed himself because of crop loss leading to debt of Rs.1.5 lakh," she says. They've paid off bits of that and the family has run through most of the Rs. 1 lakh compensation she got from the State. But creditors still trouble her. "We were doing alright. But then agriculture really failed for several years and we suffered big losses."

Like millions of others, her family was hit by the biggest agrarian crisis in decades. Rising input costs, falling output prices, lack of credit, withdrawal of State support. "It's the same with everyone else in the village," she says. Last year brought crop disaster as well. She lost hugely, with Bhaskar betting on Bt-cotton. "All we got was two quintals," she says.

The government then added to the damage. Late last year, it made her a "beneficiary" of a "relief package." Under this, Kamlabai was made to buy a costly " aadha Jersey" (half Jersey) cow she did not want. Though heavily subsidised, she still had to pay her share of Rs. 5,500 for it. "The brute ate more than all of us put together," she told us. ( The Hindu , 23 November 2006). And "it yielded very little milk."

Since then, "I have twice given away the cow, but they always bring it back," she says with resignation. Those she gifts it to return the animal, saying "we cannot afford to feed it." So now "I am paying a neighbour Rs. 50 a month to look after the cow." A kind of reverse rental. The deal being that if the cow starts giving milk as it should, she will get a half-share. That belongs to an optimistic future. Right now, Kamlabai is paying to take care of a cow the government promised would take care of her.

But her spirit is as yet unbroken. She still makes that long walk to the farm every day that she does not find work. Today her tiny but energetic grandchildren make a slightly comical picture alongside her on the trail. Their survival and future is her biggest motivator. As always, her head is held high, but she can't hold back the tears when she looks at them. Kamlabai has decided that suicide is not about the dead. It's about the living. And for them she soldiers on.

This article was originally published in The Hindu on 21 May 2007: