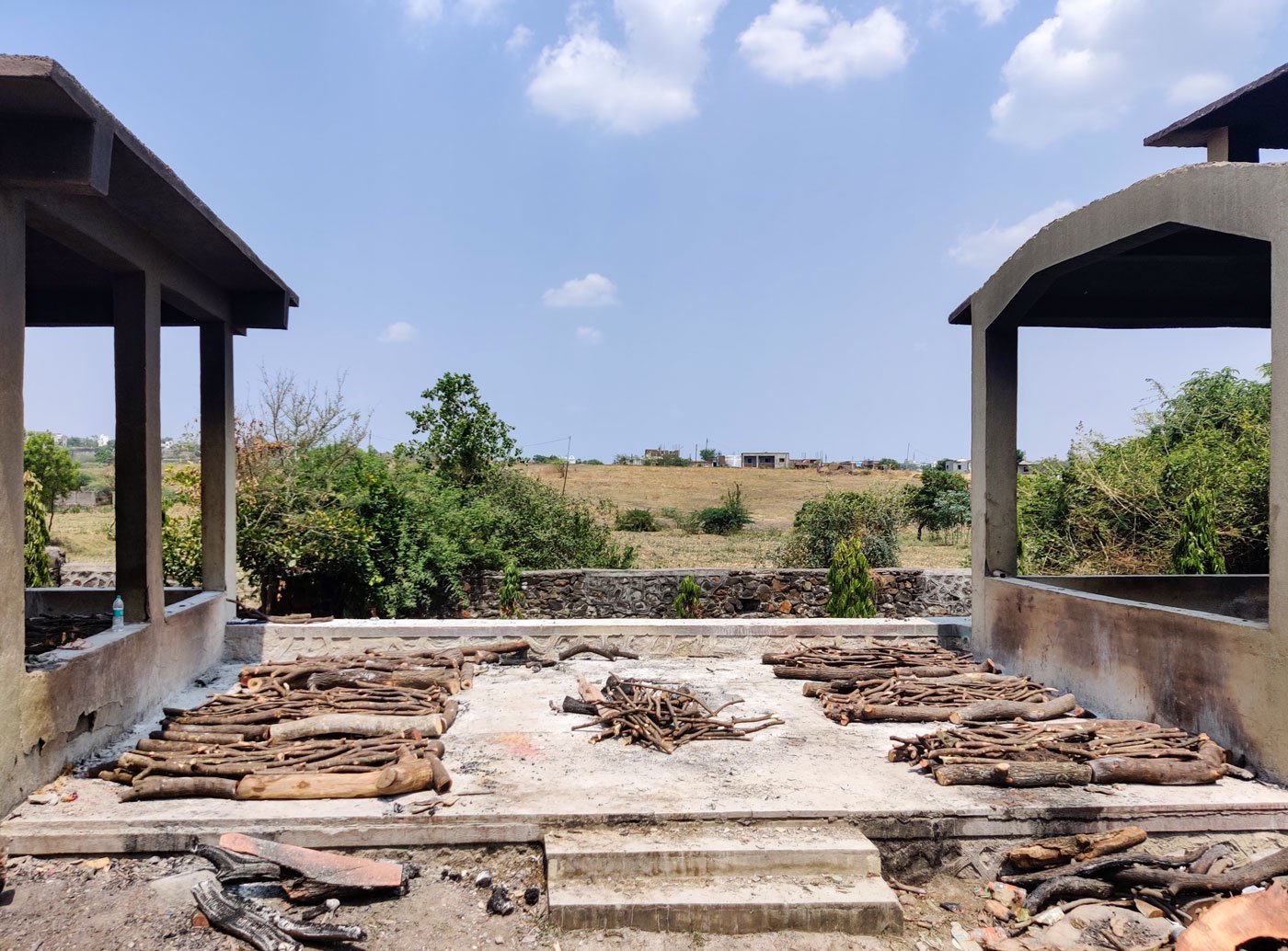 ‘The dead aren’t aware of the funerals they get’

The pandemic has compelled that funerals take place, physically and socially, in ways not seen before. They are now more about logistics than loss. PARI reports on these from Maharashtra’s Osmanabad district

The request wasn’t unusual for Sandipan Walve. “Please drape this over the body before setting the pyre on fire,” the relatives of the dead woman told him, and handed over a glittering green saree. He did as he was told.

Amidst the 15 dead bodies lined up at the crematorium in Maharashtra’s Osmanabad town, Walve located the one he was asked to attend to. Wearing his PPE kit, he placed the saree over the white airtight body-bag as meticulously as he could with gloves on. “Her relatives were scared of getting infected by the virus,” he said.

A worker with the municipal council of Osmanabad, 45-year-old Walve has been disposing of the bodies of Covid-19 patients since the pandemic began in India in March 2020. He has carried out more than 100 funerals since then. The second wave has penetrated rural regions more severely than the first one, and since the start of April this year, he says, about 15-20 bodies are brought to the crematorium every day. This puts pressure on Walve and his co-workers, and sparks serious panic among people.

“The fear of the virus is forcing some to skip the funerals of their family members,” says Walve. “So they ask us to conduct the basic rituals for the deceased person before we light the fire. These are tough times. To see the dead burn without their family around is heart-breaking. But there’s consolation in reminding yourself that the dead aren’t aware of the funerals they get.” 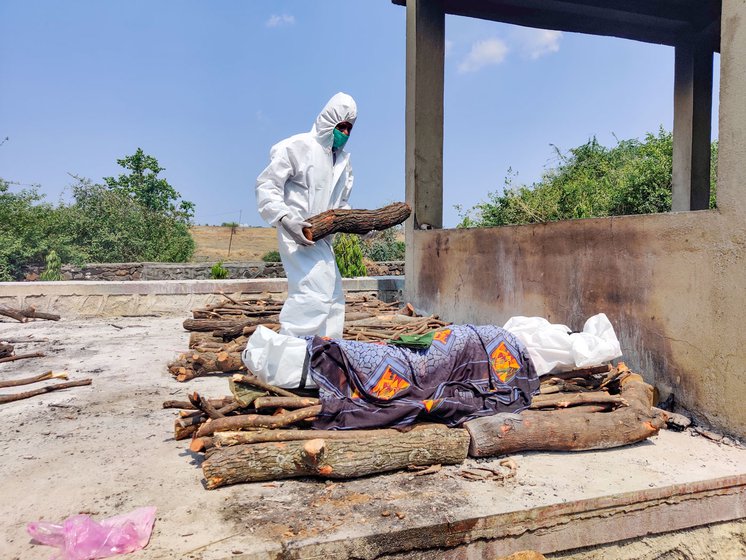 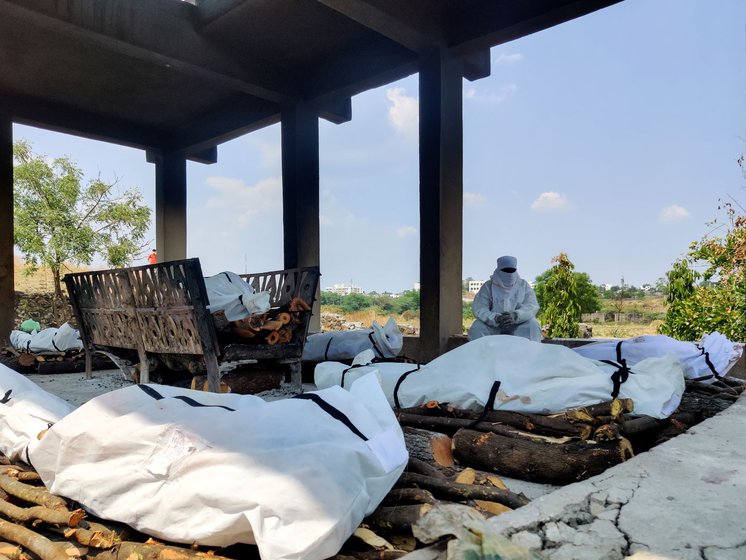 Every day since the start of April, 15-20 bodies are being brought to the crematorium in Osmanabad town

Besides the fear, restrictions too keep relatives away. As the toll mounts with Covid-19’s second surge, usually only one relative is allowed inside the crematorium. The rest have to forego their final goodbyes. They have been compelled to discover new ways to console each other while maintaining physical distancing. Many have found it a challenge to merely ensure dignity in death of their dear ones.

When Sunil Badurkar entered the morgue to identify his father’s body, it had already started decaying. “The stench was unbearable,” says the 58-year-old retired zilla parishad official in Osmanabad. “My father’s body was there among many, and some of them had started deteriorating.”

Sunil’s father, Manohar, 81, was admitted to a hospital on April 12 after he tested positive. He died a day later. “That day, there were several casualties in  town,” Sunil recollects. “The load when he died was so great that we could only begin the process for his funeral 24 hours later. When a Covid patient dies in a private hospital, as my father did, the body is taken to the morgue at the District Civil Hospital, Osmanabad, where we have to go and identify it. From there, the bodies are loaded in an ambulance van and sent to the crematorium.”

At the crematorium, the pyres are kept ready. The workers line up the bodies, one on each of the 15-20 pyres, in a row. Then the fires are lit at one go. “There is no dignity in such a death,” says Badurkar.

So far, according to official government of Maharashtra estimates, over 1,250 people have died of Covid-19, and more than 56,000 have tested positive since March 2020 in Osmanabad – a district in Maharashtra’s Marathwada region that’s also struggling with rural distress, water scarcity and farmers’ suicides for several years now. A predominantly agrarian region, the deadly second wave has hit worst those sections of people already drowning in debt, and who have little left to spend on medical expenses. 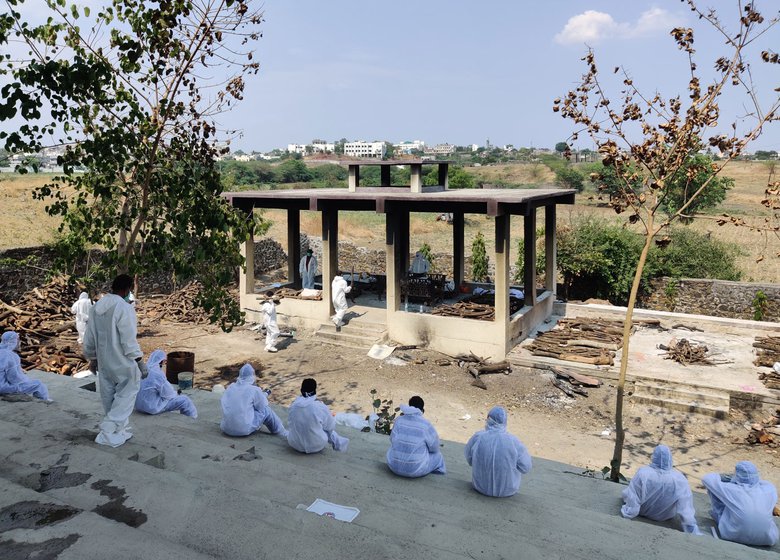 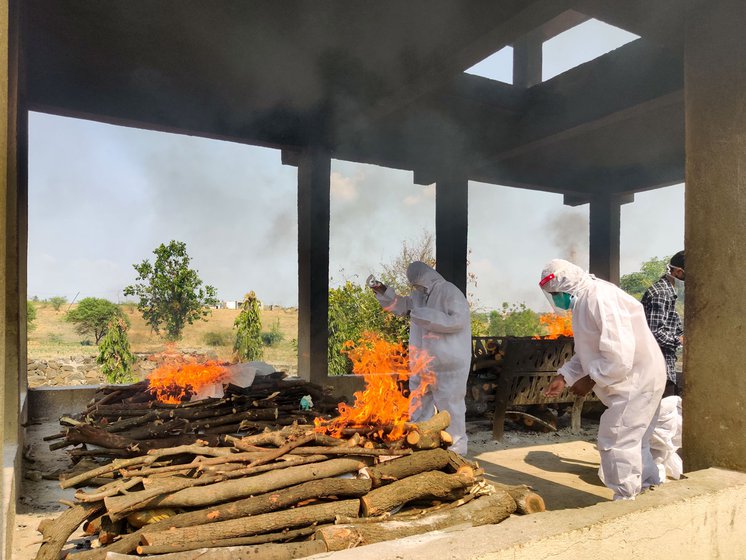 Family members sometimes skip a deceased relative's funeral out of fear of the virus; they ask municipal workers to conduct the basic cremation rituals

On a few occasions, hospital authorities say, families have not turned up to claim the dead bodies, largely because they are afraid of also getting infected, which will push them deeper in debt.

Some are trying to help in whatever way they can. A group of Muslim activists in Osmanabad strive to ensure that unclaimed dead bodies are not disgraced in death. Among the 8-10 volunteers is 34-year-old Bilal Tamboli, who says, “We have conducted the funerals of over 40 people in the second wave.” And over 100 since the pandemic began. “The hospital lets us know and then we take it forward. If the deceased belongs to a Muslim family, we carry out the rituals that Muslims do. If the person is a Hindu, we conduct Hindu rituals. It is about salvaging some dignity in death.”

Bilal is anxious not to be seen as seeking publicity for his group’s efforts. He believes that would be wrong. And he is aware of the risk his voluntary work brings. “I get more worried for my family,” adds Bilal, who is not married. “If I catch the virus, no matter what happens, I won’t have any regrets. But I live with my parents, brother and sister. Our house is not big enough to practice physical distancing. I take all possible precautions – and say a silent prayer before every funeral.”

The nature of funerals in Covid times, families say, makes it tougher for them to absorb the finality or cope with it. “A death in the family is a sad event,” says Dipali Yadav, 36, a farmer residing on the outskirts of Osmanabad town. “You process it as a family, and get over it as a family. People come over, offer their condolences. You find strength in each other. All that is gone now.” 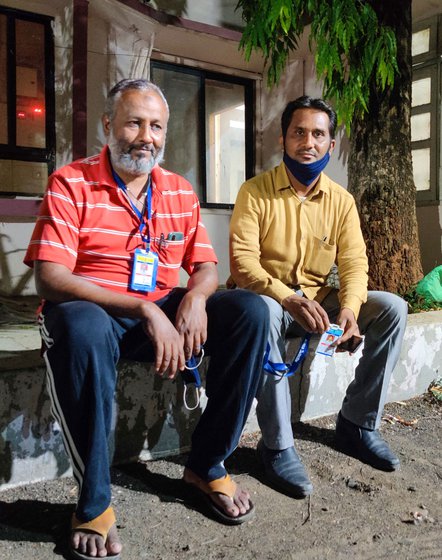 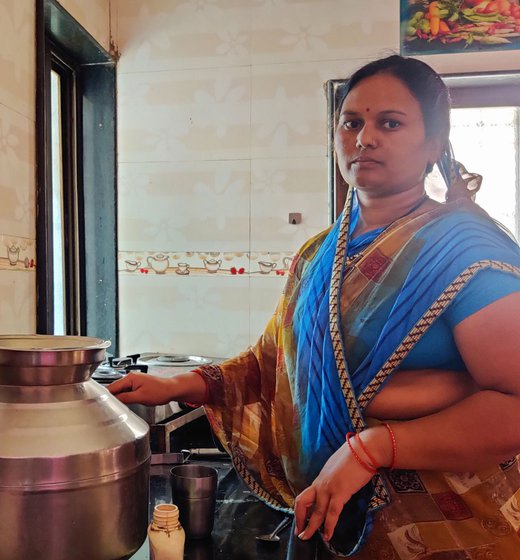 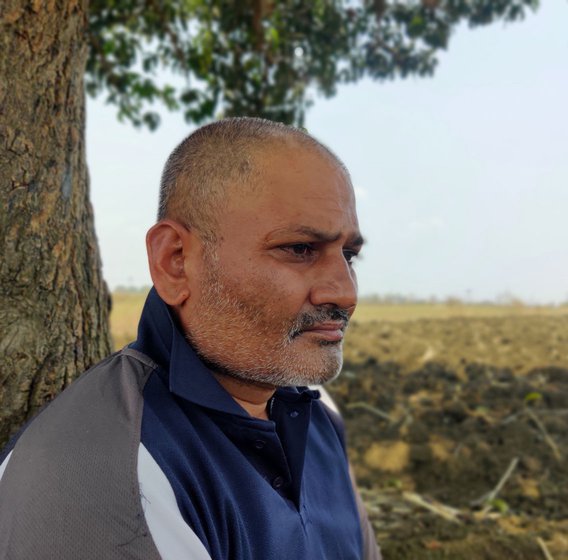 Left: Bilal Tamboli (in yellow shirt) and his group of volunteers conduct funerals of unclaimed bodies. Centre and right: Dipali and Arvind Yadav say there was no time to grieve when Arvind's parents died

When her in-laws died in the third week of April within 24 hours of each other, Dipali’s entire family had been down with Covid-19. “My husband was in the hospital,” she says. “Our three kids were under home isolation. And I was secluded in another room. It was in some ways surreal. On the one hand, I was trying to come to terms with losing two people in the family in a short time. On the other, I was worried about my husband. My mind would go crazy sitting alone in that room.”

Her husband, Arvind, also a farmer, regrets not being able to look after his parents in their last days. “Even though I was hospitalised, I wore a PPE kit, went to the crematorium and watched them burn,” he says. “It was the least I could do.”

Arvind, 45, is yet to come to terms with how little mind-space the family has had to mourn his parents’ passing. “It was all about claiming the bodies, identifying them, transporting them properly to the crematorium, then following the protocols during the funeral,” he says.

Arvind’s mother, Asha, 67, died on April 16. His father, Vasant, 80, passed away the following day. In a touching gesture, the workers at the crematorium combined two pyres for them. “It was the only consolation I got that day,” he says. “My parents lived together and they were laid to rest next to each other. They must be resting in peace.”