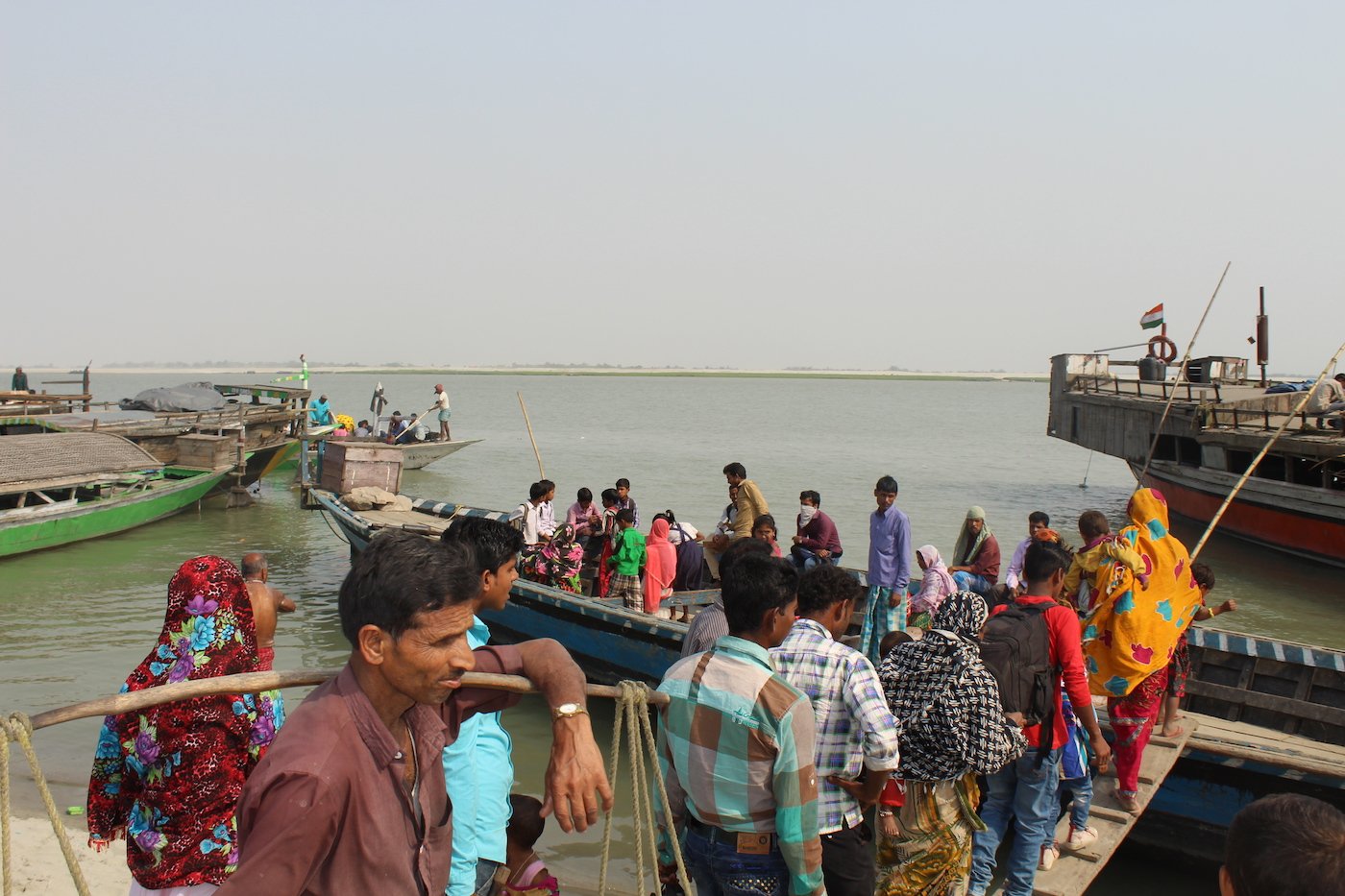 Solar on the char

The three villages of Birsing char have got solar electricity in recent years, and it has transformed primary healthcare and other daily activities on these sandy shifting islands on the Brahmaputra in Assam

It is a pleasant morning, heralding the spring, in Birsing Part I char village. Shahida Khatun, 30, cannot quite enjoy it, however. She has a fever and is waiting in the lobby of the char ’s Riverine Primary Health Centre (PHC) to consult the doctor.

Birsing is one of 2,251 habitations in Assam that are situated on chars or sandy, shifting islands all along the Brahmaputra. Unlike most chars , it was not formed by silt deposition, but was originally a part of Fakirganj town that got separated from the mainland by the changing course of the river. As a result, the landmass is not as fragile or impermanent as other chars , and has remained almost intact over the years. 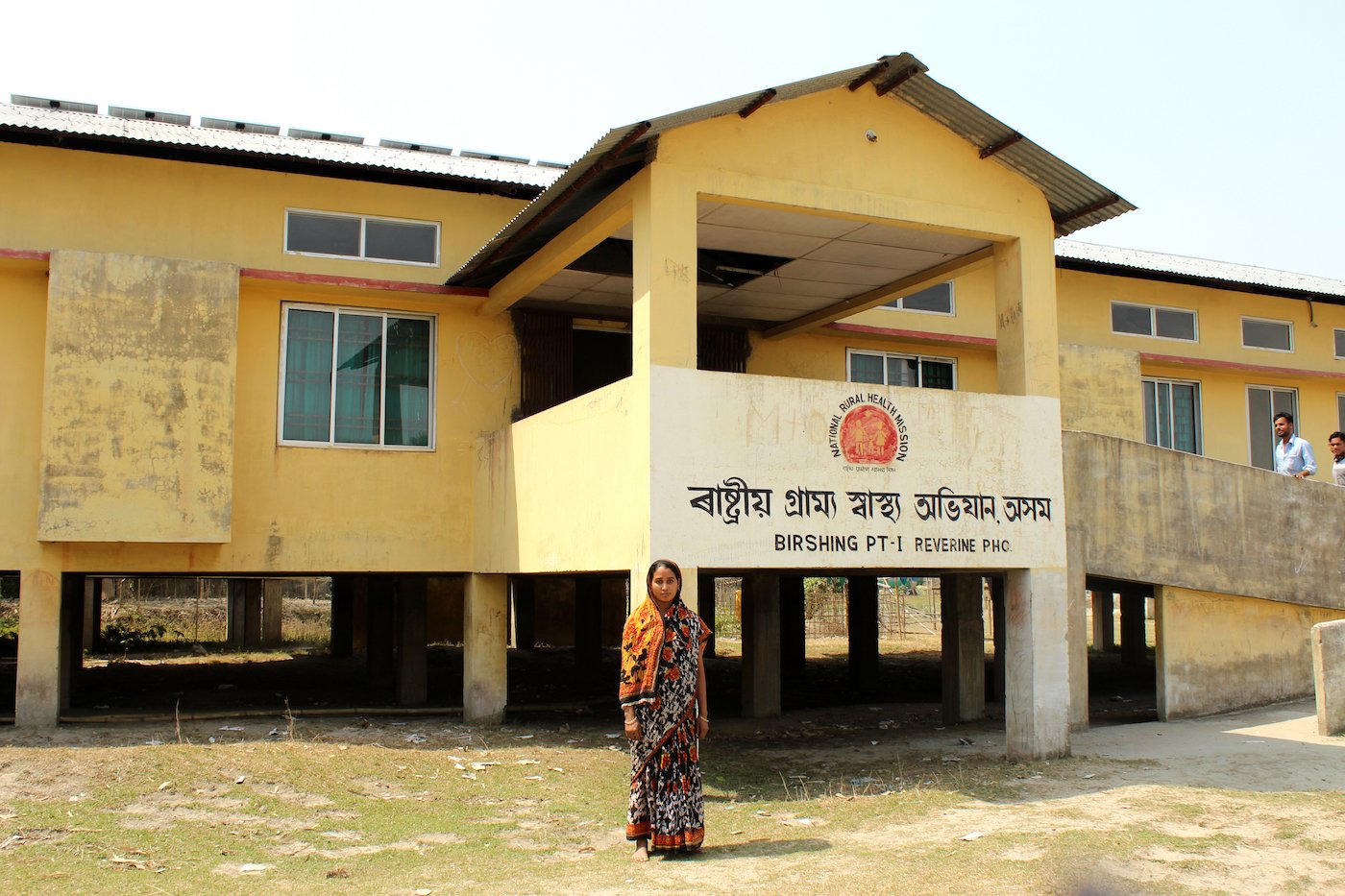 Shahida Khatun at the solar-powered primary health centre in Birsing char in Assam. 'Now pregnant women can come here to give birth to their babies,' she says, relieved

Shahida and a few other patients are chatting as they wait at the PHC. The conversation centres around the solar panels installed in January 2017 on the tin roof of the 18-room health centre. The 20 panels and 16 batteries, installed by the Assam Energy Development Agency, can generate 5 kilowatts of electricity.

Solar energy has transformed the quality of healthcare available to the char residents, after decades of darkness. “This PHC now has electricity and running water," says Shahida, pointing to the solar panels. "Now pregnant women can come here for check-ups and to give birth to their babies.”

Shahida knows the importance of  institutional deliveries in a geographically isolated area like Birsing. She says, “I delivered [two children at home] with the help of a midwife and neighbours. I was worried both times, I was uncertain of their expertise. But I had no option, and they assured me that everything will be alright…”

Before the PHC got solar energy, only pregnant women facing medical emergencies were rushed to the government or private hospitals in Dhubri town, across the river. Renting a boat can be expensive – costs range from Rs. 2,000 to Rs. 3,000 – at night, when the regular daytime boat services stop; added to this are the hospital expenses.

Although the PHC on Birsing closes in the afternoon and thereafter, for any emergency, people still have to rush to Dhubri, the arrival of solar electricity has given the health centre a new life. “The solar plates were installed in January 2017, and from February to March we have had 18 deliveries," says Dr. Jawaharlal Sarkar. He heads at PHC, after retiring as a sub-divisional medical officer (epidemics) in Fakirganj in 2014. "We have 10 ASHA workers [Accredited Social Health Activists] on the char , and all of them work to ensure that pregnant women come for institutional deliveries.”

Left: Solar-powered running water and electricity have improved services at the PHC. Right: Shop owners on the char have installed solar panels on their roofs

Shahida and I walk through the marketplace to her home after her consultation with Dr. Sarkar. The market is deserted in the daytime; only a few tea stalls and pharmacies are open. Most of the shops open in the evenings, after the shop-owners return from their day-jobs as rickshaw-pullers, vendors or bamboo workers in Dhubri. Shahida’s husband Shahjamal Sheikh, a rickshaw-puller in Dhubri town, also has a small grocery shop in the char market.

Many households in Birsing, including Shahida's, have installed solar panels. Some have been helped by a government scheme that provides one solar panel and a battery for a subsidised Rs. 3,600. These can light two CFL/LED bulbs of 1.5 watts each. A few families have purchased solar systems that cost Rs. 20,000 from the market. These can run four bulbs plus a television or a ceiling fan at the same time. "The income-generating avenues [in Dhubri] help us to earn some surplus to spend on necessities such as the solar plates,” says Tarachand Ali, the owner of a small eatery in the market.

Asmat Ali, 62, a panchayat member, estimates that at least 50 per cent of Birsing’s houses have solar energy. “Children can now study at night with ease,” he says. “Earlier, they could not do so because kerosene was the only source of lighting.”

Four years ago, the Assam Energy Development Agency (AEDA) also installed a 4 kilowatt solar system at the Kasturba Gandhi Balika Vidyalaya on Birising. The AEDA is the state nodal agency of the Ministry of New and Renewable Energy. According to an AEDA official, a new solar panel lasts for at least 25 years unless broken or physically damaged. The batteries require some maintenance; when required, service personnel are called from Dhubri town.

The PHC building was fitted with solar plates only after Dr. Sarkar (right) made frequent visits to the health department in Dhubri for two years

The only micro ATM service on the char , of the United Bank of India, also operates on solar power. Mohammed Ahmed Ali, the business development correspondent of the bank, comes from Dhubri every morning with a limited amount of cash and returns in the afternoon. "Daily transactions are running smoothly on solar power," he says.

But for Shahida, Tarachand and others on this char , it was the PHC, completed in 2014, that was a dream come true. At first, they were sceptical, because government employees are usually reluctant to work on chars . Besides, the people of Birsing, Shahida says, were hesitant about visiting the PHC because they did not know how to describe their illnesses to a doctor. But Dr. Sarkar, who has been working on the char since 2014, when the government requisitioned his services, has made a major difference. He has tried to ensure that the staff comes to the PHC regularly and provide basic healthcare, medicines and safe deliveries.

Dr. Sarkar had to make frequent visits to the health department in Dhubri town for about two years before the solar plates were installed at the PHC – and with them came running water and electricity. “Around 65 patients on average come to the hospital every day," says Samimatul Kobra Khatun, a community health worker at the PHC. “Fever, skin diseases and stomach problems are common ailments here.” 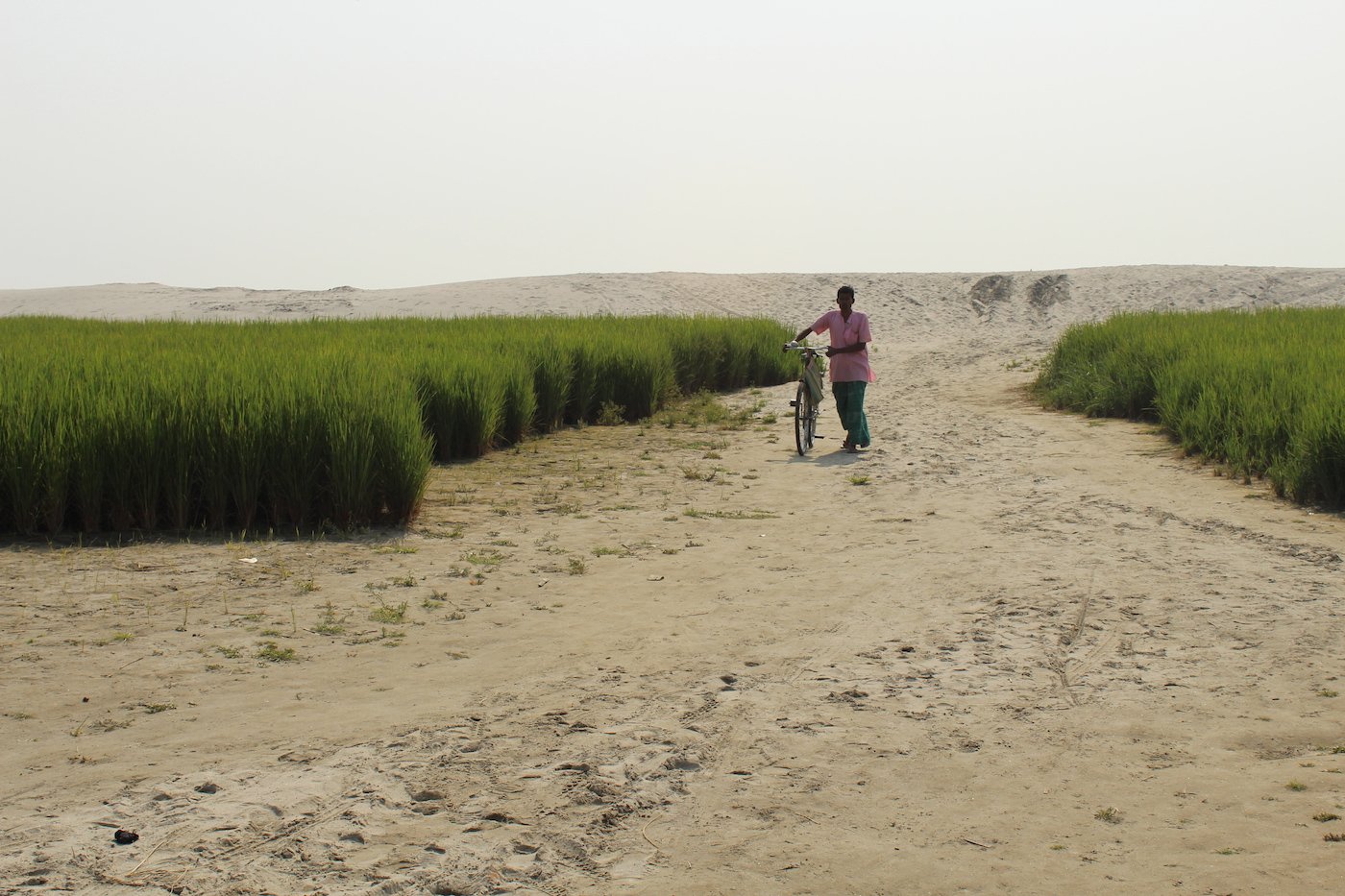 Before the PHC at Birsing was revamped, residents had to travel to Dhubri town across the river in case of any medical emergency, adding the cost of travel to healthcare

The  staff at the PHC includes a pharmacist, an auxiliary nurse midwife (ANM), and a laboratory technician. All of them live in Dhubri and use machine-fitted country boats without roofs to cross the river and reach the hospital around 8.45 a.m. Outpatient services continue until 1 p.m.

“People avoid working on a char because of its isolation,” says Dr. Sarkar. “But when I was requested to work here after my retirement, I took it as a blessing that enabled me to offer my services to those who genuinely need it. I know how much we have to do for the health sector, particularly to improve maternal health in char areas.”

The Assam Human Development Report 2014 states that the total fertility rate (TFR) is highest in the char areas at 2.8. It also states that early marriage is a major problem here – 25.3 per cent of women marry at 15-19 years of age, the highest in the state’s spatial diversity areas (which include the chars , tea estates, hills and border areas). According to the report, Dhubri district has the highest percentage of married women in the 15-19 age-group – 29.2 per cent.

It is a long road ahead for Birsing, but now when the sun sets it no longer leaves many of the residents of this char in darkness. While many others still use kerosene – bought for Rs. 40 per litre in the open market – to light up their homes, there is perhaps the promise of a new dawn.