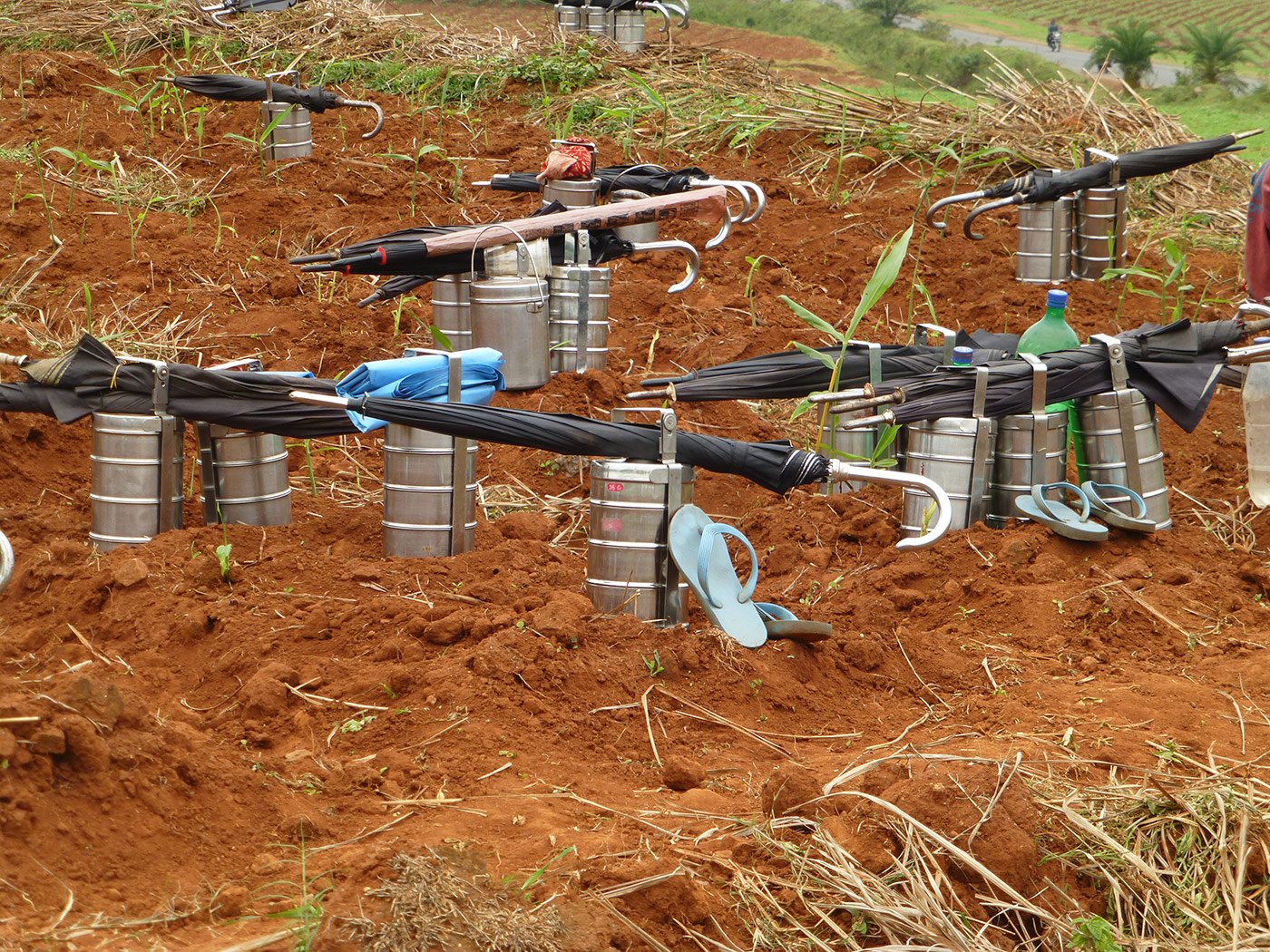 See the stuff, sense the owners

In Sindehi village of Odisha’s Koraput district, in July 2014, the monsoon sowing season had begun...

Tiffin carriers, water, umbrellas and footwear. You can sense the owners even if you can’t see them. And you know that a group of agricultural labourers is at work nearby. This one was in the village of Sindehi in Odisha’s Koraput district. The workers, almost entirely women and young girls, had walked huge distances across Pottangi block to reach their workplace, carrying all that gear (and more that's not in the picture). It was July 2014 and the rains had begun. Hence the umbrellas. And the rubber slippers were lying around because poor labourers value their footwear and are usually reluctant to wear them out or soil them at work. In some cases, the food in the carriers might be shared by three or four people. And decent drinking water isn’t always available at the worksite – in this case a private farm – and so the plastic bottles. The monsoon sowing season had begun.