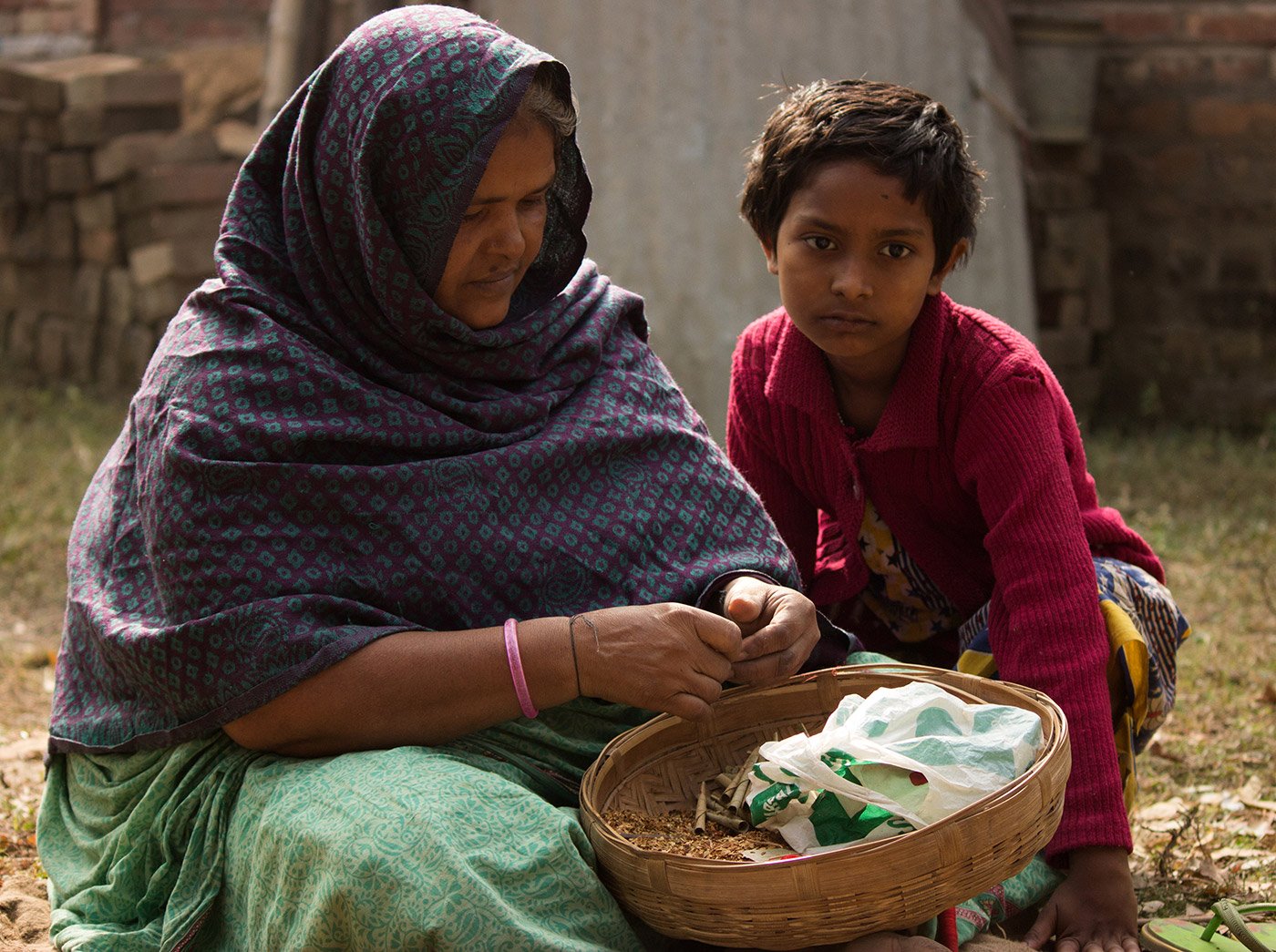 Post demonetisation, most of the major beedi units have shut down in Jangipur, West Bengal, crippled by the cash shortage – leaving thousands of home-based beedi-rollers, mostly women, with no income

For the first time ever, Manwara Bewa’s bucket is empty. The factory is closed, the munshi has gone missing for more than 20 days, and she doesn’t have any money to feed her family. Manwara says she is aware that in some part of the country some people are fighting against a ‘black thing’ and that is the reason for her misery.

For 17 years, Manwara, 45, has been earning for her family by rolling beedis – Rs. 126 for 1,000 beedis rolled. She started this work after losing her husband; the landless couple had two sons, the younger one then just six months old. In her younger days, she managed to roll 2000 beedis a day; now she manages only 500.

More than 70 per cent of the home-based beedi workers in West Bengal are women, according to the Labour Department of the state government.  “Here, it is difficult to even find a good husband for a young woman if she is not trained in beedi -making,” says Manirul Haque, a munshi – the contractor who distributes the raw material to the homes of the workers and collects the finished product – of a beedi -making unit in Jangipur subdivision of Murshidabad district, West Bengal.

Left: Kendu leaves, Aurangabad, Jangipur: The contractors supply tobacco to the workers who cut the leaves into pieces and roll them into beedis . Right: Usually, this courtyard in Aurangabad is full of 50-60 workers from nearby houses; now there are only a few

An estimated 20 lakh beedi workers (industrial and home-based) work in around 90 registered manufacturers of major beedi brands in West Bengal. Jangipur is the nerve centre of this industry – with 10 lakh workers, 18 big factories and 50 small factories in this single subdivision, according to the local office of the Centre of Indian Trade Unions; 90 per cent of these workers are home-based.

All this has changed dramatically after the November 8 demonetisation. The major beedi factories have shut shop, leaving half of the beedi workers with no work, no money and no food at home. For those still getting some work, the orders have reduced, and weekly payments have stalled. For example, Pataka beedi , the largest  brand here, and Shiv Biri Factory, owned by minister of state for labour, Jakir Hossain, closed down within a week of demonetisation.

Left: Piles of labels for beedi packets lying unused at the godowns. Right: The place where beedis are sorted and weighed at the Jahangir Biri Factory in Murshidabad – usually the most bustling spot in the factory

The few factories still running are planning to close soon because of an absolute shortage of cash. All the payments here are in cash.  ‘I need to pay 1-1.5 crore rupees every week to the workers through the munshi s. And the bank is allowing me to withdraw only 50,000 rupees per day from my current account – and that too is uncertain,” says Emani Biswas, the owner of Jahangir Biri Factory in Aurangabad, Jangipur. “How can I run my business? Somehow I am managing… But it is not possible to run the factory in this cashless situation and I will be compelled to close it after a few days.’ 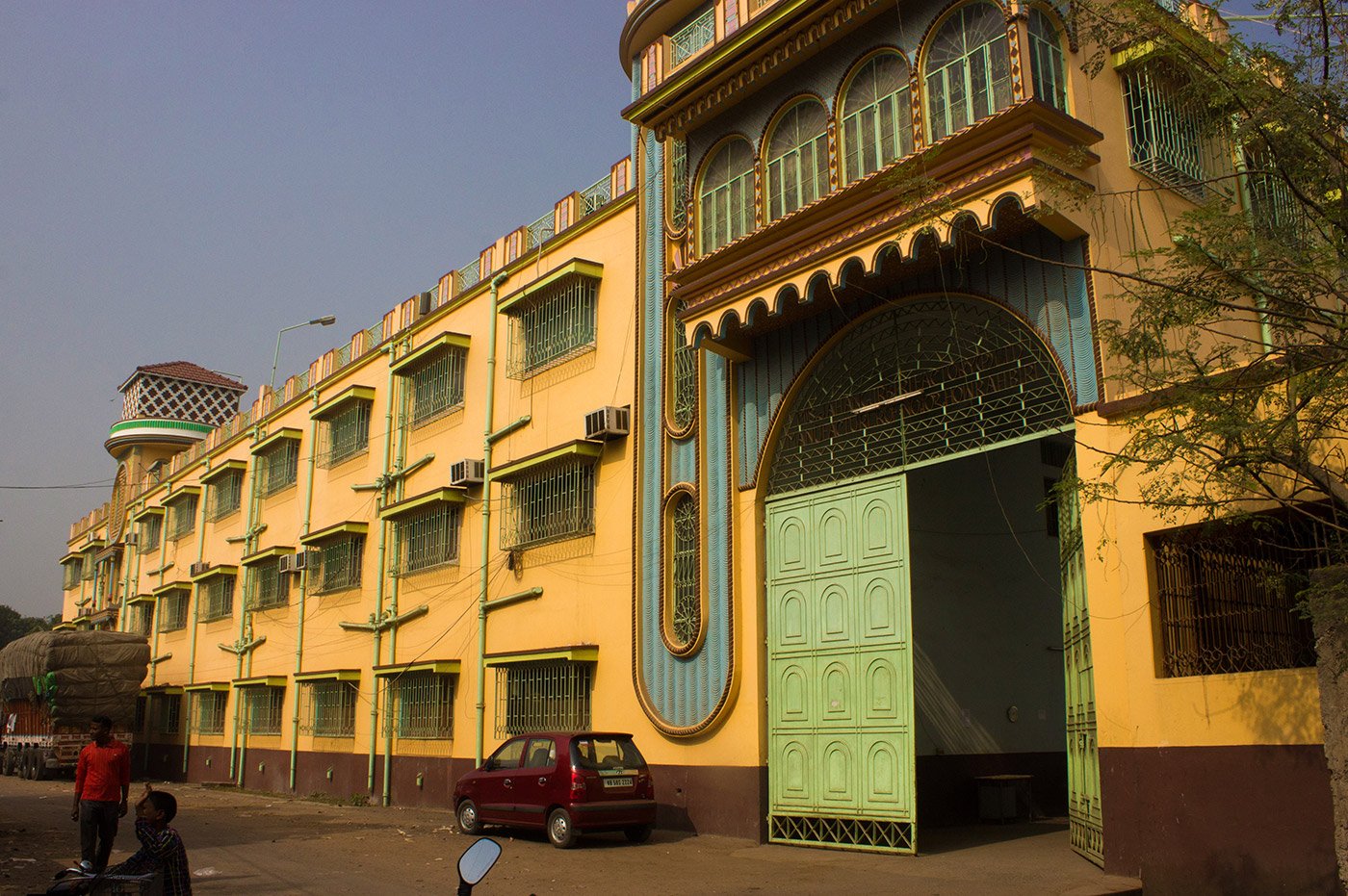 ‘ We have not closed our factory yet, but it’s almost non-operational and we are going to close it very soon’, says Emani Biswas, the owner of Jahangir Biri Factory, Suti, Murshidabad

The home-based workers of the Murshidabad beedi industry are paid on a weekly basis – at the rate of Rs. 126 for every 1,000 beedis they roll. Depending on the hours spent at work, a worker earns between Rs. 600- Rs. 2000 a week. The munshis of all the factories here pay a total of Rs. 35 crores to the workers as weekly payment to be able to keep up production volumes, says Rajkumar Jain, general secretary, Aurangabad Beedi Owners’ Association.

A few are exploiting the distress. In some parts of Jangipur, Dhulian and Samserganj of Murshidabad district, in violation of the government’s minimum wage rate, workers are now being offered for Rs. 90 for making 1000 beedis.

Not only are fewer beedis being produced, the cash crunch has affected sales too. The volume of beedis going out of Murshidabad to various parts of the country has already reduced by 50 per cent, according to estimates of the Aurangabad Beedi Owners’ Association. Sacks full of unsold beedis are piled up in the factory godowns. 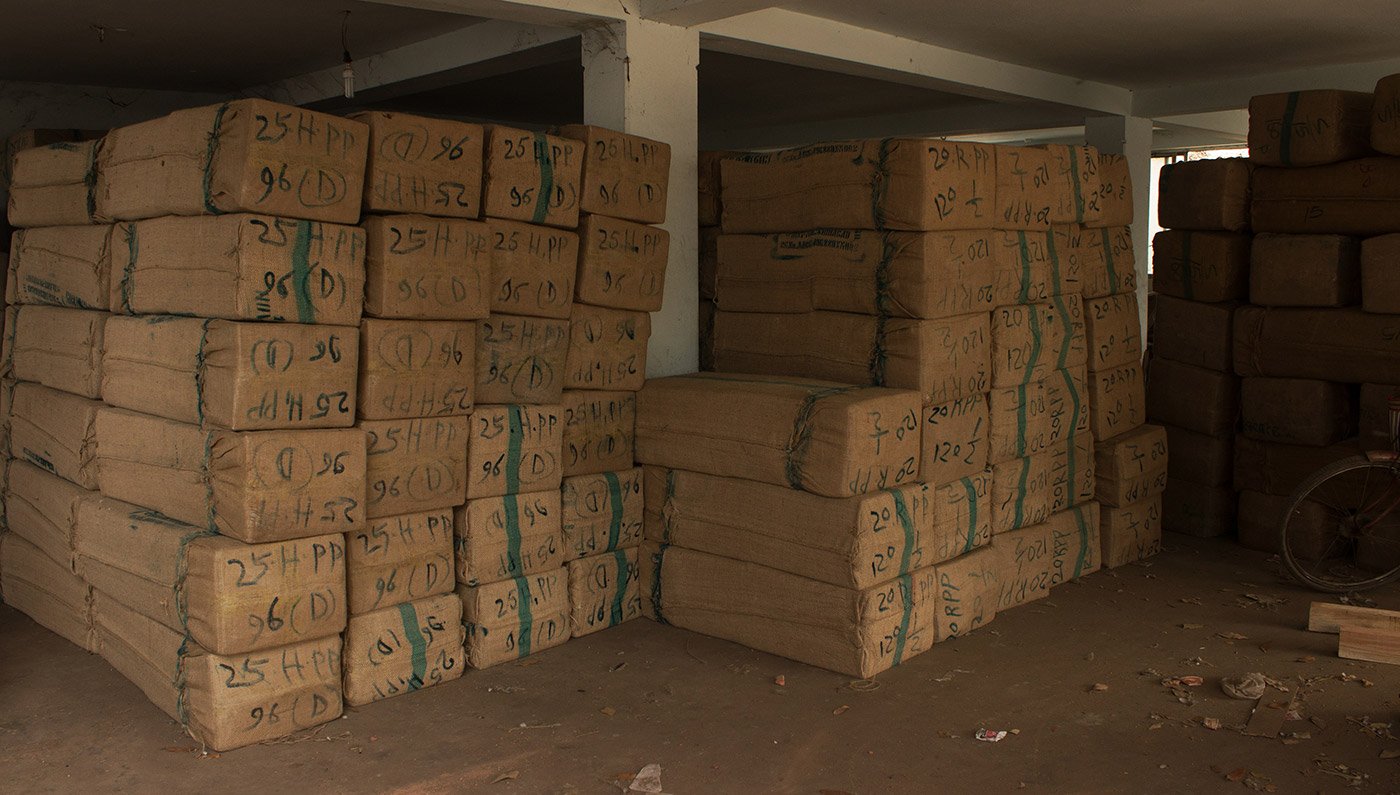 The effect has been disastrous on the workers, among the most vulnerable in the informal sector.  “Our life solely depends on beedis . This is the only source of income for most of the families in this part of the district. The people here are landless and have no knowledge of agriculture. There is no other industry here,” says Muhammad Saifuddin, 68, a munshi who has worked at the Jahangir Biri Factory for 30 years. “We managed to continue production for the first week by paying old 500 and 1,000 notes to the workers. But that is not working anymore. We are not even getting orders from the factories. So there is no work and workers have not been paid for the last three weeks. They are suffering heavily.”

Saifuddin says he has never faced such a crisis in three decades. “Our factory has not yet closed, but the production has reduced considerably. When I go to the villages with limited orders and raw material, the people are running after me, almost mobbing me.  Everybody wants some work to feed her family. But I am in a helpless situation.”

Watch video: Beedi contractors and workers speak of the impact of demonetisation

After weeks of no work or payment, many of the beedi workers of Murshidabad are on the brink. With their savings fast depleting, some, like Tahera Bibi, are now managing with one meal per day. She has been rolling beedis for 50 years, after she lost her parents. Now 58, she supports a son who worked as a migrant labourer in Chennai but returned some years ago after a severe leg injury; her daughter is not yet married. Beedis are the family’s only source of income. Tahera rolls 1,000 to 1,200 every day, and was recently diagnosed with tuberculosis due to the regular expose of tobacco. “I am ill but no beedis means no food for us,” she says. “I am spending sleepless nights.