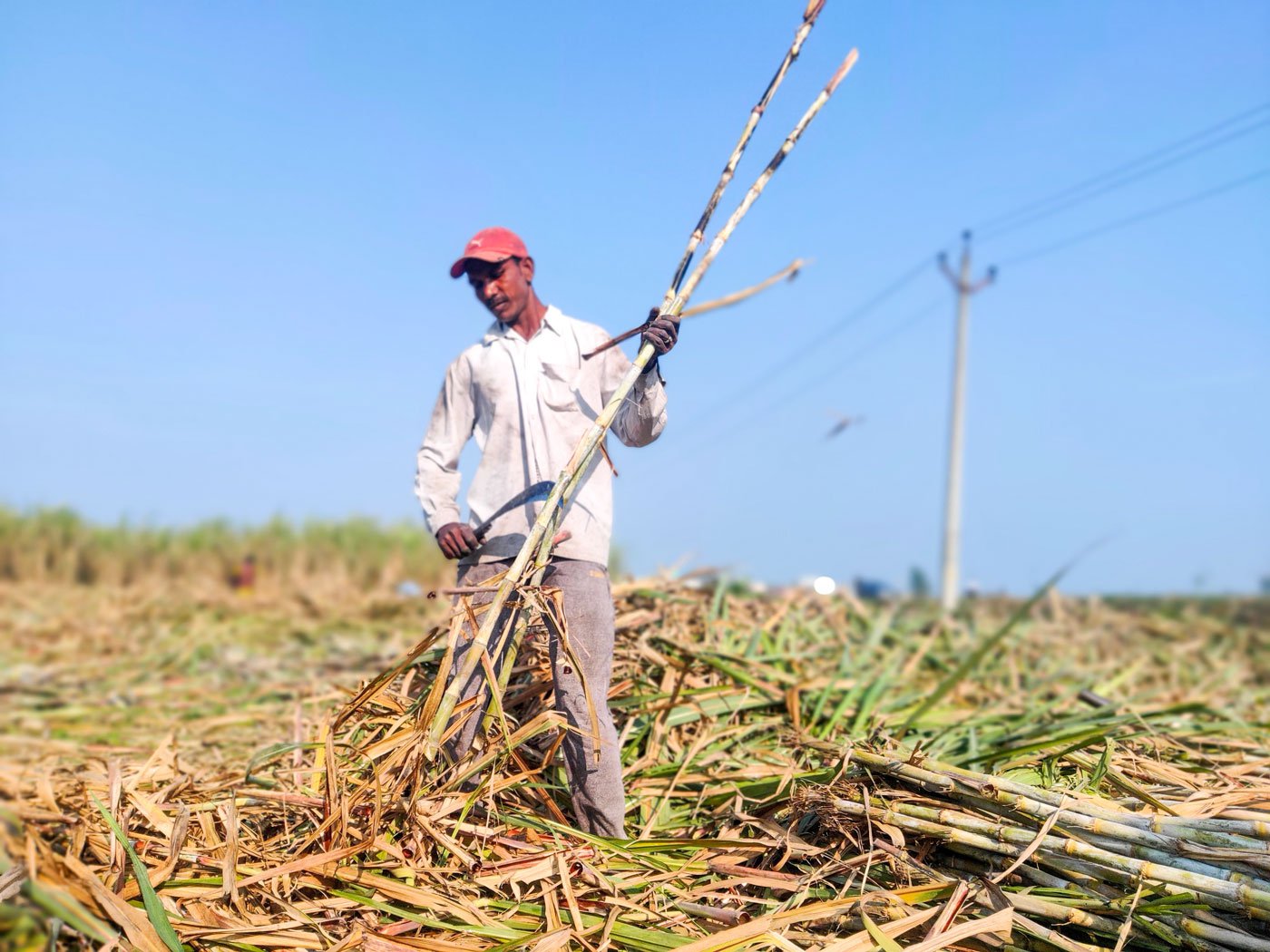 Ramesh Sharma can’t remember the last time he spent an entire year at home. “I have been doing this for the past 15-20 years,” he says, while cutting sugarcane in a field in Gagsina village in Haryana’s Karnal district.

In Shoirgaon, Ramesh owns three acres of farmland, which he cultivates for six months of the year. He grows paddy during the kharif season (June-November). “Most of it is for self consumption,” he says, without taking his eyes off the sugarcane he’s chopping.

Sharma’s main cash crop of the year is maize, which he grows in the rabi season (December-March). But the crop hardly brings him cash. “I sold my harvest at Rs. 900 per quintal last year [2020],” he says, after harvesting 60 quintals of the crop. “The commission agent bought it from us in the village itself. This is how it has been for years.”

The price Ramesh received was about 50 per cent less than the minimum support price (MSP) – Rs. 1,760 per quintal – set by the central government for maize in 2019-20. Selling at the MSP at government-regulated mandis in Bihar is no longer an option, so small farmers like Sharma are pushed to negotiate prices directly with commission agents.

In 2006, the Bihar government repealed the Bihar Agriculture Produce Market Act, 1960. With that, the agricultural produce market committee (APMC) mandi system was abolished in the state. The government claimed the move would liberalise the farming sector by allowing privately-owned trading areas for farmers. But doing away with the APMCs did not bring better returns to Bihar’s farmers, who became even more dependent on intermediaries and on prices determined by traders. 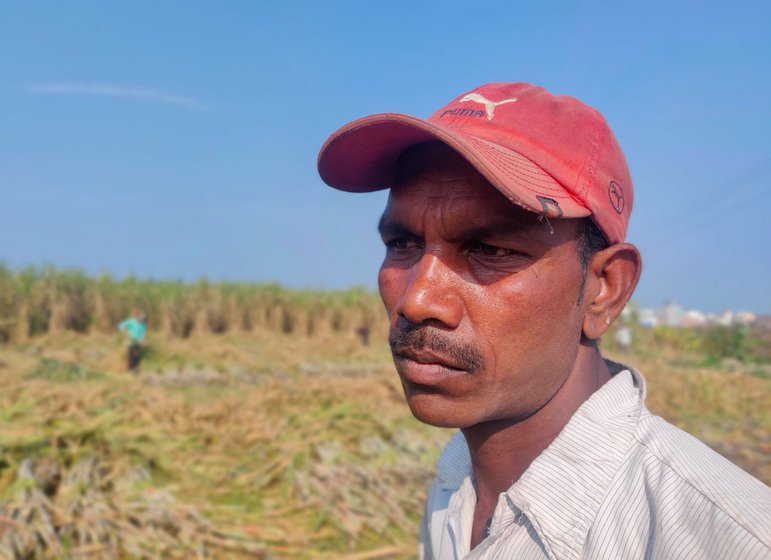 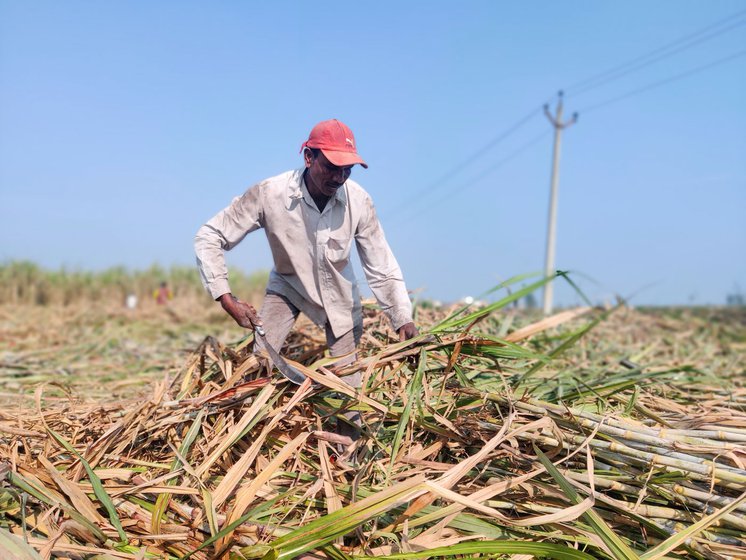 Maize is among the important cereals – along with paddy and wheat – grown in northeastern Bihar, where unlike in most of India, it is cultivated in winter. The yield of rabi maize is better in the region than during the kharif season, notes a report by the Directorate of Maize Research, New Delhi. The winter crop helps meet the rising demand for maize, especially for feed and industrial uses, says the report.

In a good season, Ramesh Sharma harvests about 20 quintals of maize from each acre of his land. His expenses, excluding the cost of labour, reach Rs. 10,000 per acre. “It is just about enough to cover the input costs, which include seeds, fertilisers and pesticides,” he says. “At Rs. 900 per quintal, I get Rs. 18,000 [per acre] after four months of hard work. It is not enough.”

Shoirgaon village, in Araria’s Kursakatta block, is about 60 kilometres from Gulabbagh mandi in the neighbouring Purnea district. That marketplace is a major hub for maize procurement. “The mandi is totally run by private traders after the APMC Act was abolished. Now, farmers from Purnea and nearby districts come and sell their maize harvest to commission agents in and around the mandi ,” says Mohammad Islamuddin, district president of the Akhil Bhartiya Kisan Mahasabha [affiliated with the Communist Party of India (Marxist-Leninist) Liberation] in Purnea.

The Gulabbagh mandi influences the rates of maize in the region, adds Islamuddin. “Private traders decide the rates depending on their wisdom. The traders, while weighing the harvest, often count less than what the farmer has harvested. Farmers can't do much about it because they have nowhere else to go.”

Besides, it is the big farmers, who can more easily reach Gulabbagh, because they usually own tractors on which they can ferry their bigger harvests. “Small farmers sell it in the village to commission agents, who aggregate the harvest in the village at even lower rates and then come to Gulabbagh,” says Islamuddin. 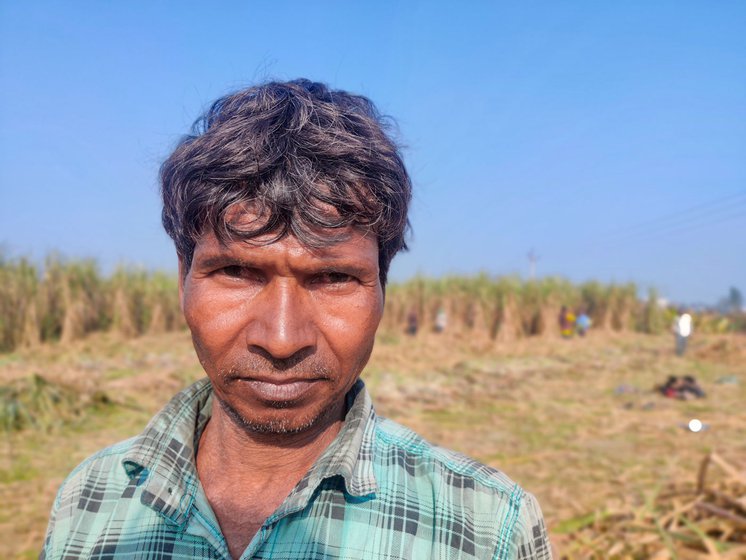 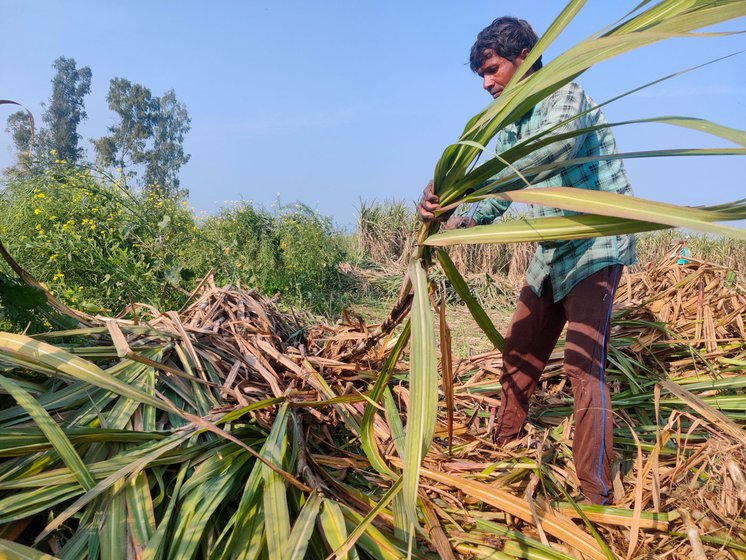 About 90 per cent of crops in Bihar are sold to commission agents and traders within the village, notes the Study on Agriculture Diagnostics for the State of Bihar in India , published by the National Council of Applied Economic Research (NCAER) in 2019. “Despite the abolition of APMC Act in 2006, private investment in the creation of new markets and strengthening of facilities in the existing ones did not take place in Bihar, leading to low market density,” the report notes.

For paddy and wheat too – the two other main crops of Bihar – small farmers get much below the MSP .

The Farmers’ Produce Trade and Commerce (Promotion and Facilitation) Act, 2020 – one of the three new laws introduced by the central government in September 2020 – overrides the APMC laws across all states of India for the same reasons that Bihar abolished the mandi system 14 years ago. Farmers protesting against the new laws , mainly at the borders of Delhi since November 26, 2020, believe that they undermine the main forms of support to the cultivator, including the MSP, the APMC, state procurement and more.

Left struggling with poor prices, to supplement their incomes, lakhs of farmers and farm workers from rural Bihar have been seasonally migrating over the years to Haryana and Punjab, where farmers are relatively better off.

In the sugarcane fields of Gagsina where Ramesh Sharma is working, 13 more labourers from Bihar are chopping cane too. They have traveled over 1,400 kilometres, from Araria to Karnal, to earn Rs. 45 for every quintal they cut. “I chop 12-15 quintals a day. That is anywhere between Rs. 540-675 per day,” says Rajmahal Mandal, 45, hunching over and repeatedly ramming a sickle into a sugarcane stalk. 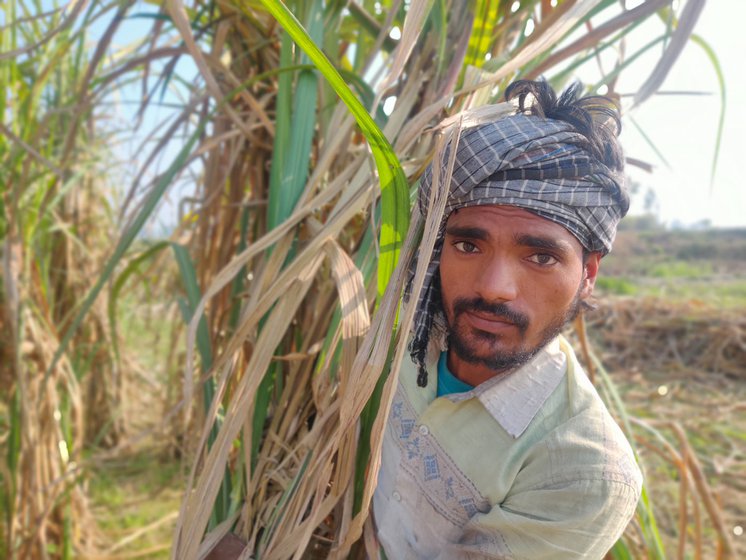 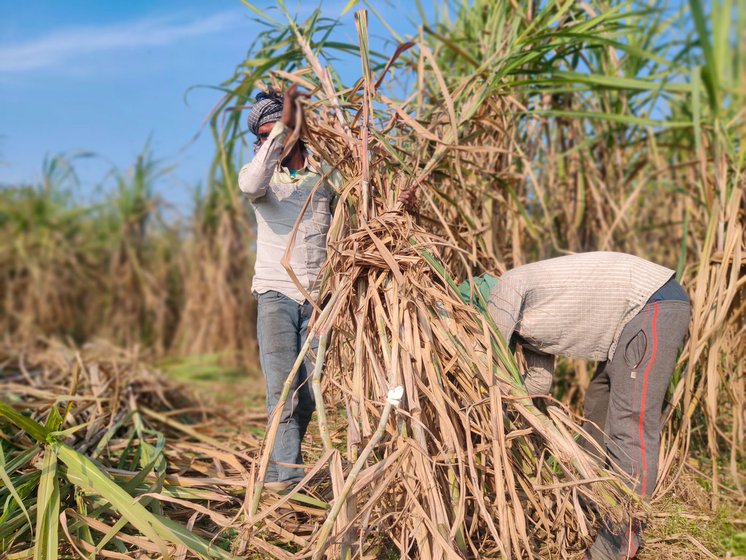 After months of backbreaking work cutting sugarcane, Kamaljit Paswan's body aches for days when he returns home to Bihar

“The farmers here [in Haryana] can afford to employ us at a good rate,” adds Mandal, who had come from Barhuwa village in Araria. “That is hardly the case in Bihar. I am a farmer too, with three acres of land. I myself am coming here to make extra money, so how can I employ workers in my farm?”

Rajmahal leaves his village around October-November, when the paddy harvest begins. “That is when the requirement for labourers in Punjab and Haryana is very high. We work in the paddy fields for roughly the first two months at Rs. 450 per day. The next four months we chop cane. We make about a lakh rupees in six months. It is assured income and it helps me take care of my family,” says Mandal.

That income, though, comes at a cost. Their work, which begins at 7 a.m., is backbreaking and does not end until sunset. “It is exhausting work for 14 hours every day, with only one break, for lunch,” says 22-year-old Kamaljit Paswan, also from Shoirgaon. “Such days go on for months at a stretch. My back, shoulders, forearms and calf muscles ache for days after I return home to Bihar.”

In Gagsina, the workers live in cramped, makeshift huts near the sugarcane fields, with no facilities like a kitchen or toilets. They cook their food in the open, on firewood.

Paswan’s family does not own any land, and he is the only earning member in his family of five, which includes his parents and two younger sisters. “I have a family to take care of. I miss them, but I have to be okay with spending only half the year with them,” he says. “We have to make do with what we get.”