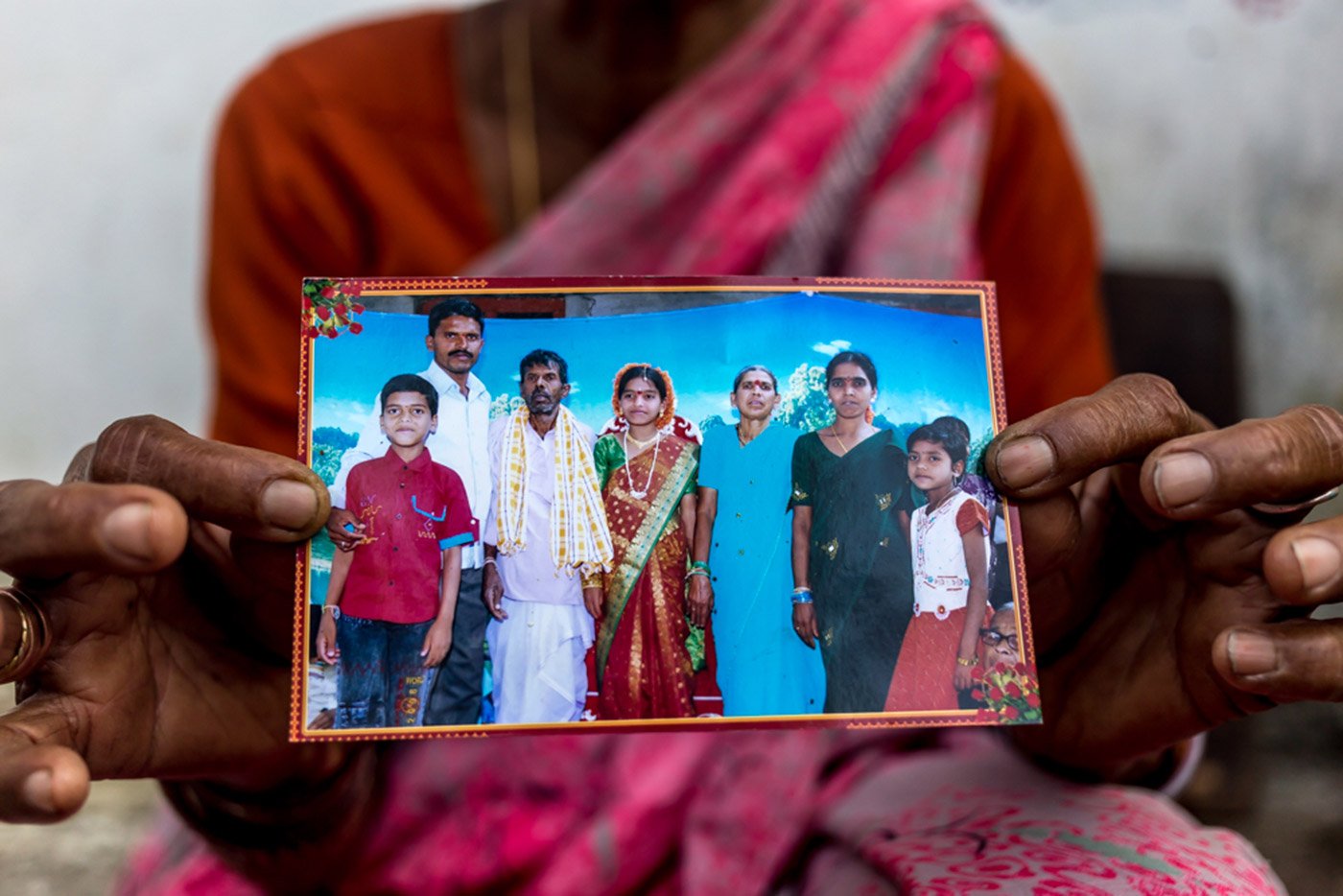 Curry mixed with demonetisation and a pinch of pesticide

When the government outlawed 86 per cent of India’s currency, burying his hopes of selling land to pay off debts, Varda Balayya of Dharmaram village in Telangana killed himself and tried to poison his family

A week before Prime Minister Narendra Modi announced demonetisation on November 8 , Varda Balayya, a 42-year-old farmer from Dharmaram village of Siddipet district in Telangana, was about to sell an acre of his farmland. The plot is located next to the highway connecting Siddipet and Ramayampet.

His corn crop was destroyed due to unseasonal rains in October. The interest on the loans he had taken from moneylenders and from Andhra Bank – a total of around Rs. 8-10 lakhs – was rising. He didn’t want to face his lenders without money, so he began looking for potential buyers for the most profitable one-acre portion of his four-acre plot.

“Someone has come forward to buy the land,” he told his elder daughter Sireesha before the demonetisation.

In 2012, Balayya came under great financial strain when he borrowed Rs. 4 lakhs for Sireesha’s wedding. He was further burdened by the loan he took of Rs. 2 lakhs to dig four bore wells, of which three had failed. All this had contributed to his growing debt

A few months ago, Balayya’s younger daughter, Akhila, 17, reached the intermediate level or Class 12 at college; her sister too was married at the same age. Balayya was anxious about Akhila’s marriage. He also wanted to repay all his accumulated debts. 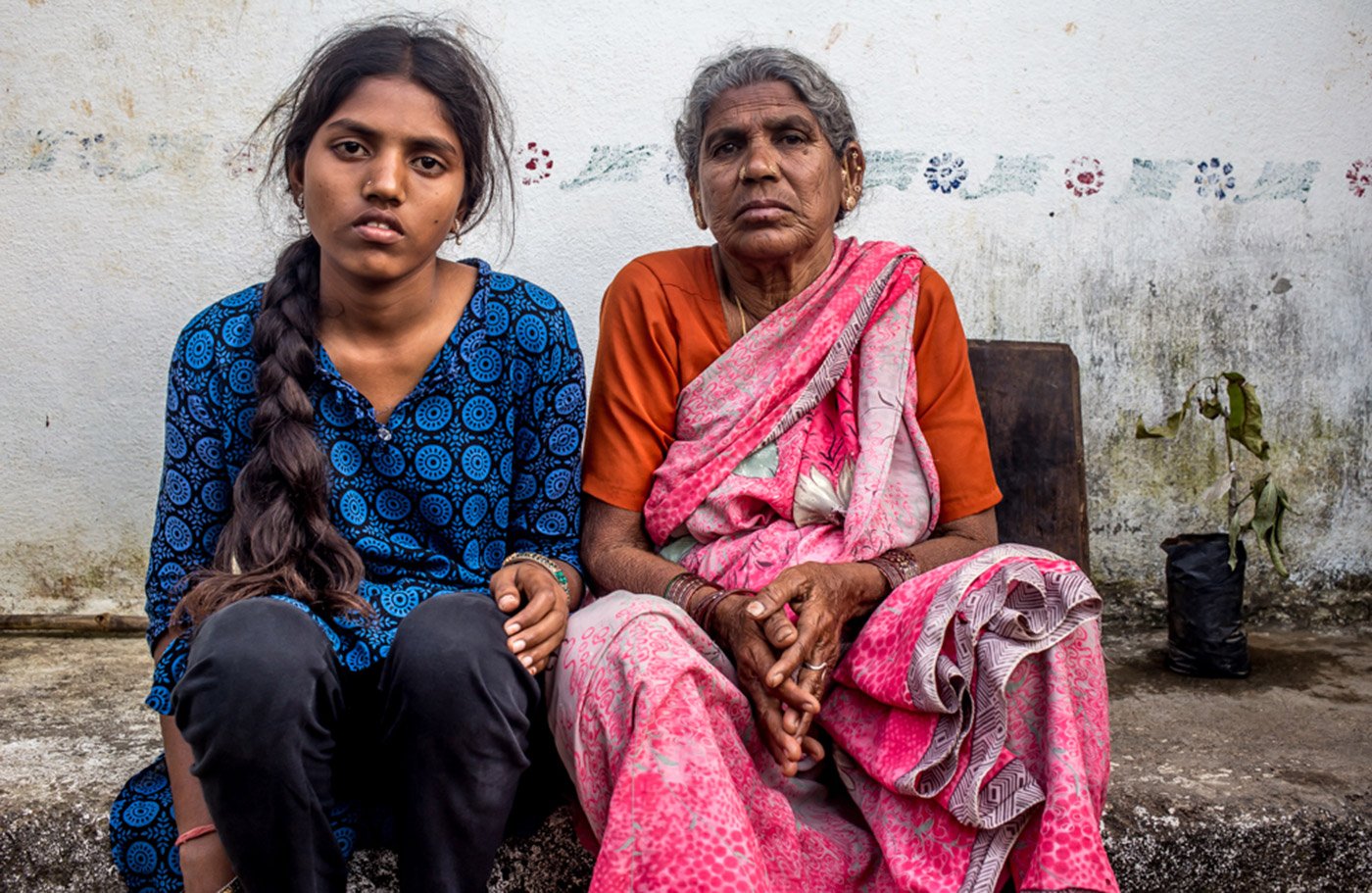 Balayya's younger daughter Akhila and her grandmother: the two did not eat the curry and survived the dinner

The land Balayya wanted to sell is right next to the highway and would have easily fetched him around 15 lakh rupees for one acre, say people in Dharmaram village. That would have solved many of his problems: the debts due to the failed corn crop, the moneylenders who were hounding him for the interest, and the anxiety about Akhila’s wedding.

But Balayya’s plans turned upside down after the government demonetised currency notes of Rs. 500 and Rs. 1000. His potential buyer backed off. “My father was okay at first. Then, looking at what was happening to the notes, he realised that no one would give him money [for the land]. He became very sad,” Akhila recollects.

Still, Balayya didn’t give up and continued searching for buyers. But in the eyes of many, their savings had become useless overnight. Many people here don’t even have active bank accounts.

By November 16, a week after the demonetisation, Balayya realised no one would be able to buy his land for a while. He went to his farm that morning and sprayed pesticide over the soya bean he had planted after his corn crop failed. In the evening, he cut a hen in his field as an offering to goddess Maisamma, and returned home with it for dinner.

At Balayya’s home, chicken was cooked only during festivals, or when Sireesha came home from her husband’s village. Balayya himself always cooked the meat.  Last Wednesday, perhaps he wanted his last meal to be festive, a dinner to forget the week that had turned one of his best assets into one of his worst nightmares. Balayya mixed pesticide pellets in the chicken curry. No one in his family knew he had done this. “He didn’t want to leave his family with a huge [financial] burden. So he decided to take them all along,” a relative of Balayya says.

At dinner, Balayya didn’t speak a word except when Prashant, his 19-year-old son, asked him about the strange smell in the curry. “I sprayed [pesticide] from morning till evening. That’s the smell” – Akhila remembers her father’s words from their last meal together.

Of the six family members, four ate the chicken curry – Balayya, his wife Balalakshmi,  Prashant, who is studying for a B.Tech degree, and Balayya’s 70-year old father, Gaalayya. Because Akhila and her grandmother do not eat meat, they survived the fatal dinner. 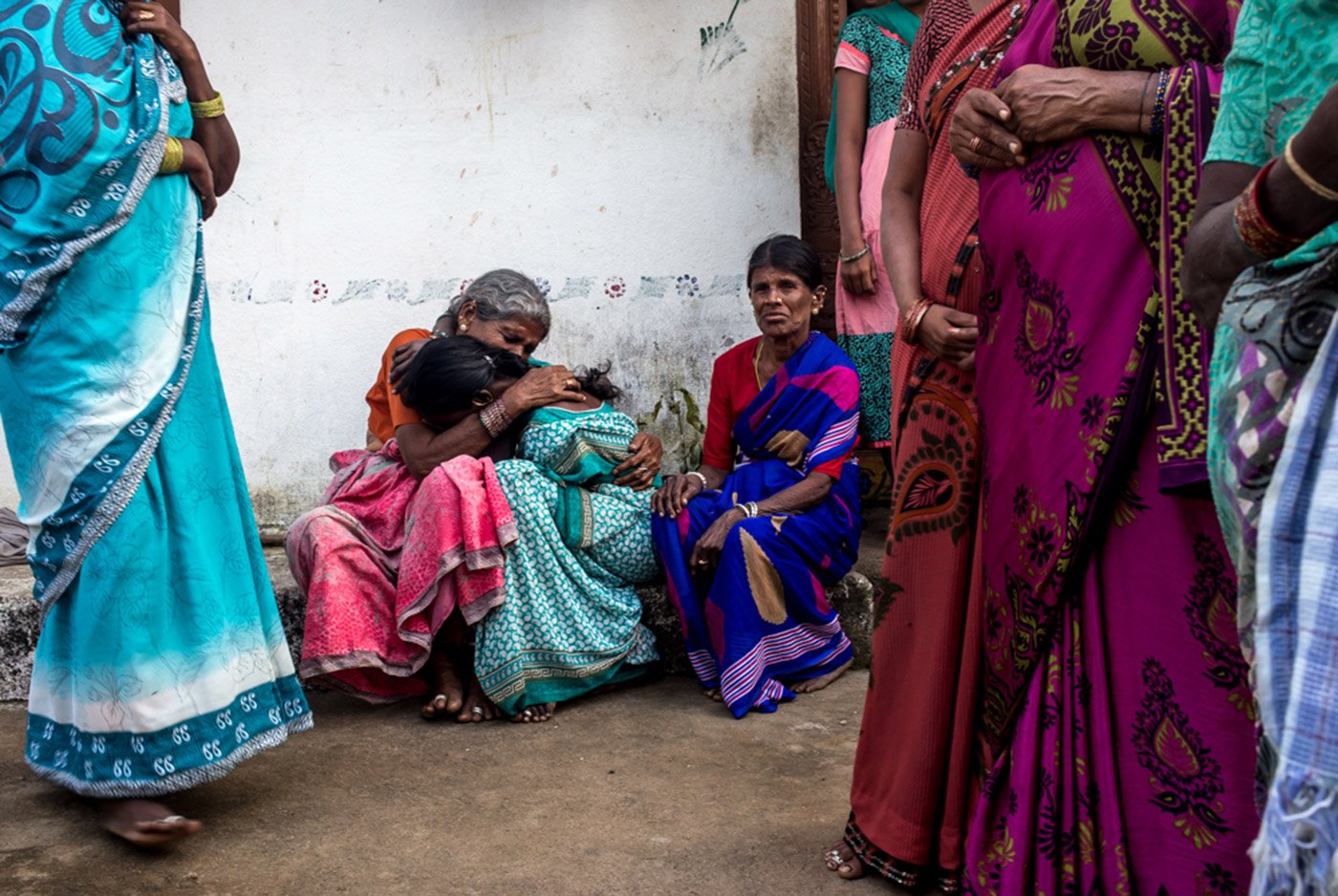 After dinner, Grandfather started feeling dizzy and he lay down. Then saliva was dripping from his mouth,” Akhila remembers. “We thought it was an attack of paralysis and rubbed his feet and hands.” Moments later, Gaalayya died.

Balayya also started vomiting and lay down. Suspicious and scared, Akhila and Prashant brought in their neighbours for help. Once they realised that pesticide was mixed in the chicken curry, they called an ambulance to take Balayya, Balalakshmi and Prashant to a hospital. Akhila stayed home with her grandmother, looking after her grandfather’s body.

On the way to the hospital, Balayya died. His wife and son are being treated at a private hospital in Siddipet town, around 20 kilometres from their village. Sireesha and her husband Ramesh are at the hospital trying to pay the bills and taking care of the mother and son. “Prashant was admitted to the emergency ward, so he is being treated under Arogyasri [a health scheme]. But we are paying for his mother with the money loaned to us [by people in the village] and using our own savings,” Ramesh says. He is saving all the hospital bills carefully because the state government has announced help for the family after Balayya’s death.

Back home, Akhila has taken care of her father’s and grandfather’s funeral rites with money borrowed from neighbours, and Rs. 15,000 reportedly given by district officials.

She is stoic, but gloomy about her future: “I am very interested in studies. I love mathematics. And I wanted to write EAMCET [the qualifying exam for engineering and medical students],” she says. “But now, I don’t know...”
Rahul M.
@twrahul