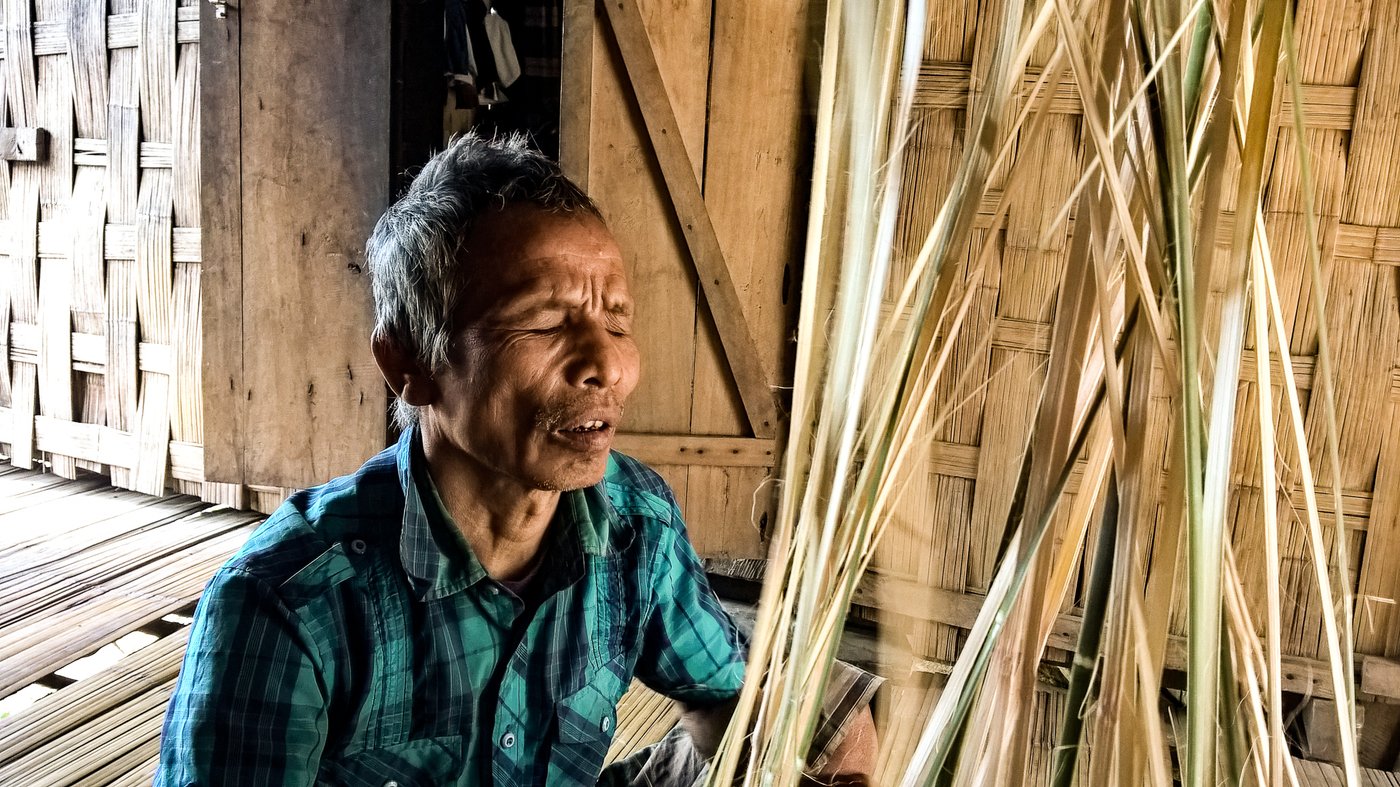 Baskets made with a different vision

Debahala Chakma of Rajivnagar in Mizoram, a visually impaired craftsman, has made intricate baskets for a living for 50 years using touch and memory, and says he can still make even a house of bamboo

When Debahala Chakma was born, dark clouds covered a gloomy sky. So his parents chose a name for him that means ‘dark sky’ in their language, Chakma. The darkness stayed with Debhala his entire life – he went blind at the age of three after a bout of chicken pox followed by acute diarrhoea, which led to night blindness and eventual loss of sight.

But this hardly dismayed Debahala, who taught himself the art of making bamboo baskets when he was 16. Now 65, he says, “I learned how to weave patterns with strips of bamboo by myself. When I was younger, I had enough strength to build a bamboo house.”

Debahala lives in Rajivnagar, a village with a population of 3,530 in Zawlnuam block of Mizoram’s Mamit district. He belongs to the Chakma community, a Scheduled Tribe, many among them practicing Buddhists, whose primary occupation is farming. The district’s hills have fertile soil on which many practise jhum or shifting cultivation, and grow corn, paddy, sesame seeds, betel nut, pineapple and other crops. It also has dense bamboo forests and broom plantations that are central to the local economy.

Watch video: 'I can weave anything – I just have to touch the woven pattern'

A master craftsman, Debahala has been earning his livelihood from bamboo baskets for over five decades. He now teaches others how to weave with bamboo and says that he can replicate a pattern once he has touched it. “I weave different types of bamboo baskets, fish traps, chicken coops and cane stools. I also tie sticks together and make brooms. I know almost every type of weaving technique.” From the toloi basket to the hulo , hallong , dulo and haza , Debahala can make them all.

“I have four sons and one daughter. All the sons got married before they turned 18 and now live separately from us,” says Debahala. The family’s income is modest – Debahala earns around Rs. 4,000 a month by selling baskets in the local markets. His wife Chandramala, 59, works on the family’s farm plot, and their 24-year-old  daughter Jayalalita works as a daily wage agricultural labourer.

Even though he lost his sight early, Debahala has maintained his mobility. He often walks to the village market and to places near and far by himself, with the aid of a walking stick. And, when necessary, he says he also lifts and carries, over a distance, heavy sacks of rice or firewood if he is with a family member.   “When I was young I could sense the light, especially sunlight during the day,” he says. “but with advancing age, I am losing that sense.”

In this video, Debahala splits and slices bamboo into strips, dexterously makes a coop for chickens, and speaks of his life. Despite his expertise in working with bamboo, he says off-screen that he never felt his talent was extraordinary and neither was he ever praised for it. 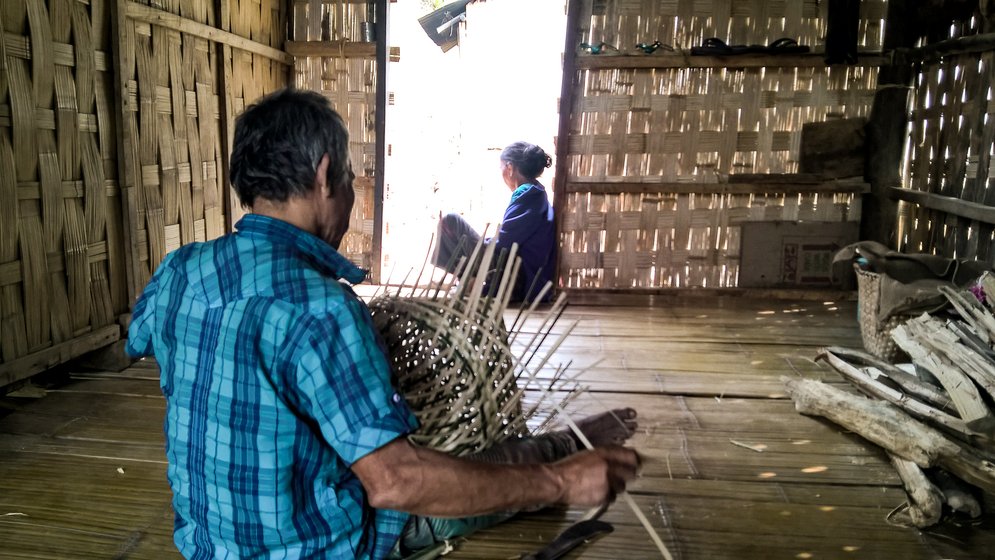 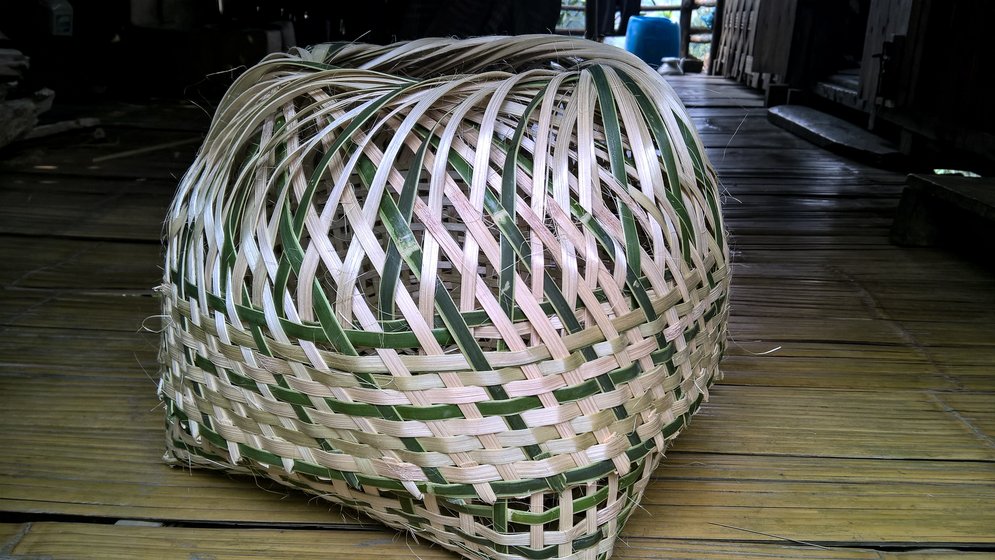 Lokesh Chakma is a documentary filmmaker in Mizoram and a field officer at The 1947 Partition Archive. He has a degree in Journalism & Mass Communication from Visva-Bharati University, Shantiniketan, and was a PARI intern in 2016.

Other stories by Lokesh Chakma