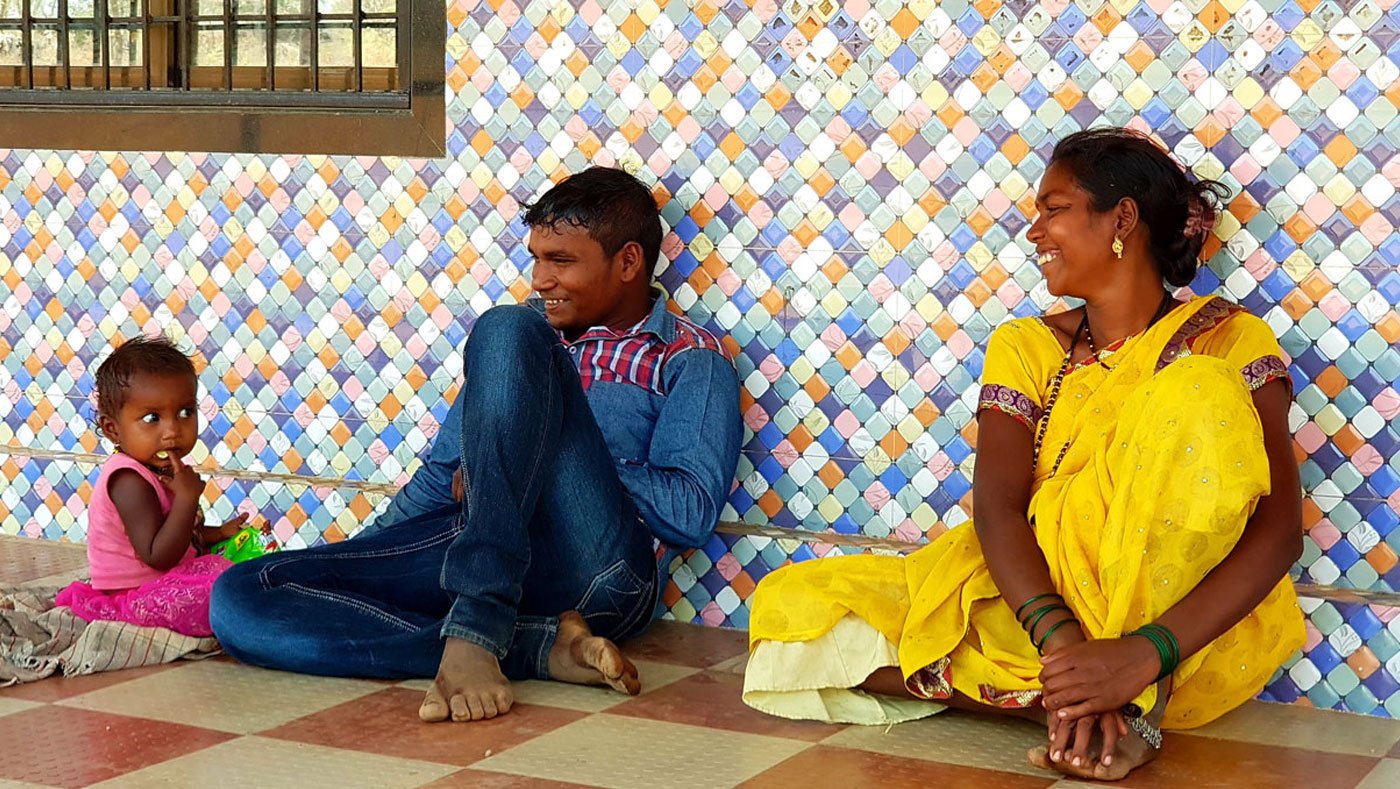 And miles to go before they sleep – or eat

The Covid-19 lockdown has left migrant Adivasi brick kiln workers in Maharashtra's Palghar district with little money and food – and an ultimatum from their village to return, where only uncertainty awaits them

“We left in early morning at 5, on foot. We want to go to Biloshi. There were no vehicles. Our shet [employer] had given us 1,000 rupees each. With that we bought salt and masala [groceries]. If we cannot reach home, what will we eat? We had received a phone call from our village: ‘If all of you don’t come back now, then stay out for two years’.”

That’s what the people were saying. They were carrying luggage on their heads and infants in their arms, and were walking in the hot sun. I saw them passing by my village and enquired about them. They were residents of Biloshi village in Vada block of Palghar district. They had migrated to Bhatane village in Vasai block to work on brick kilns. Children, women, men – they were 18 altogether, all Adivasis, from the Katkari community.

They were worried about the coronavirus. Due to the lockdown, there were no vehicles to take them home. And they had received that stern message from their village to immediately return home. So they had all started on foot. They had reached Nimbavali, my village, around 11 a.m, on March 29.

‘The sun was blazing. I was walking with the load on my head and fell down. I have hurt myself,” 45-year-old Kavita Diva said, pointing to her knees. Sitting next to her was 20-year-old Sapna Wagh. She was six months pregnant. She had been working at the brick kilns along with her 23-year-old husband Kiran Wagh right from the time she got married. Due to the lockdown she too was going back home carrying luggage on her head and a life in her womb. 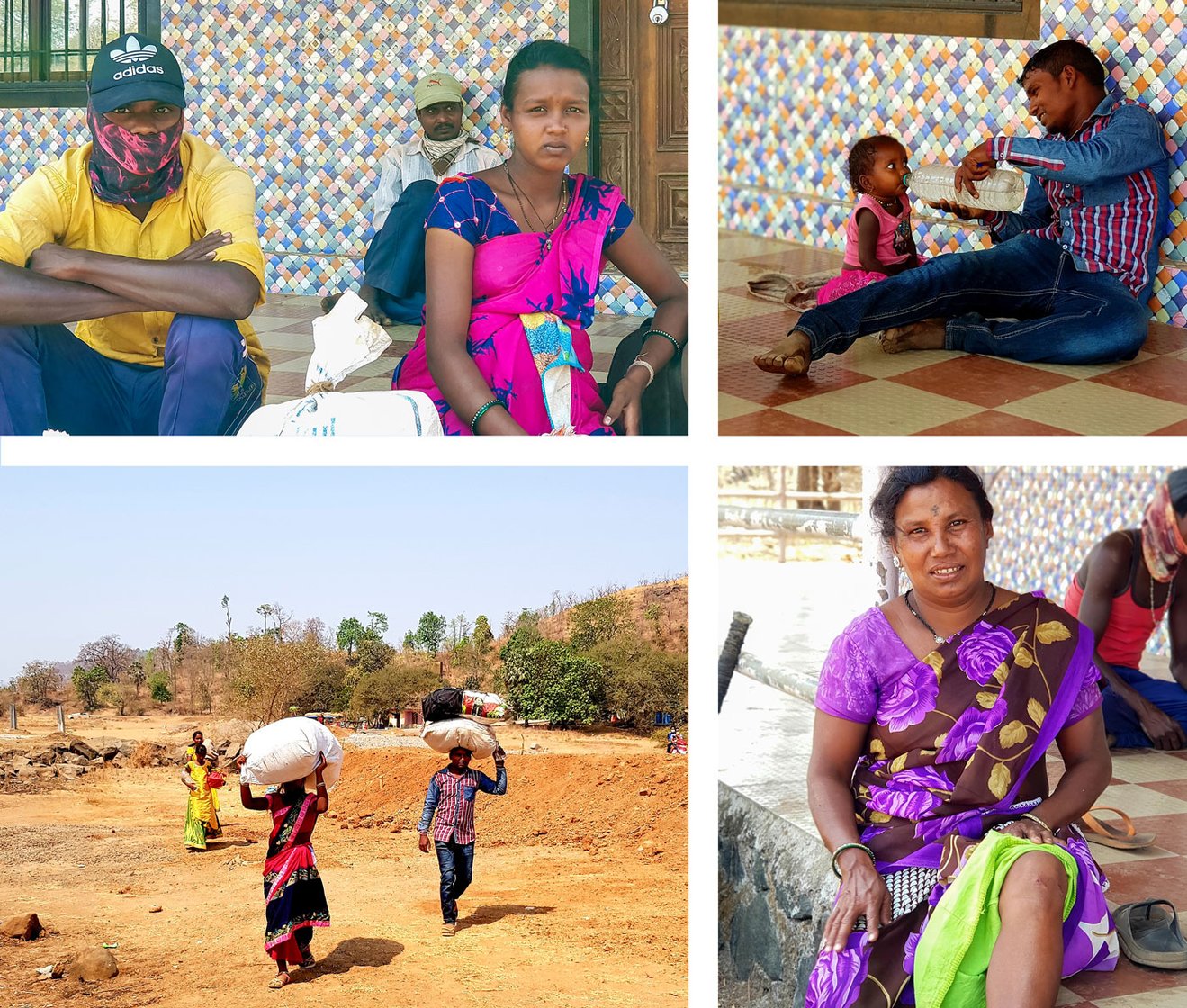 Sapna and her husband Kiran Wagh (top left), Devendra Diva and his little daughter (top right), and Kavita Diva (bottom right) were among the group of Katkari Adivasis trying to reach their village in Palghar district from the brick kilns where they work

All of them were tired with all the walking. They asked me if there was a well nearby, and sent some young boys to fetch water in their bottles. In some time, Devendra Diva, 28, and Devayani Diva, 25, who had fallen behind, reached there too. With the luggage they were carrying and their child with them, they were unable to walk as fast as the others.

The tempo I managed to arrange for them arrived, to take them further along the way. The fare was fixed at Rs. 2,000. They could pay just Rs. 600. I somehow arranged the remaining amount and without wasting much time, sent them home.

But what will they do back in the village? There is no work. They did not have enough money to even pay for the tempo. Then how will they survive during this lockdown period? There were so many questions that did not have answers.

Like them, many human beings must have tried hard to reach their villages across India. Some might have reached home, many would be stranded. And some would simply keep walking towards their faraway destinations.