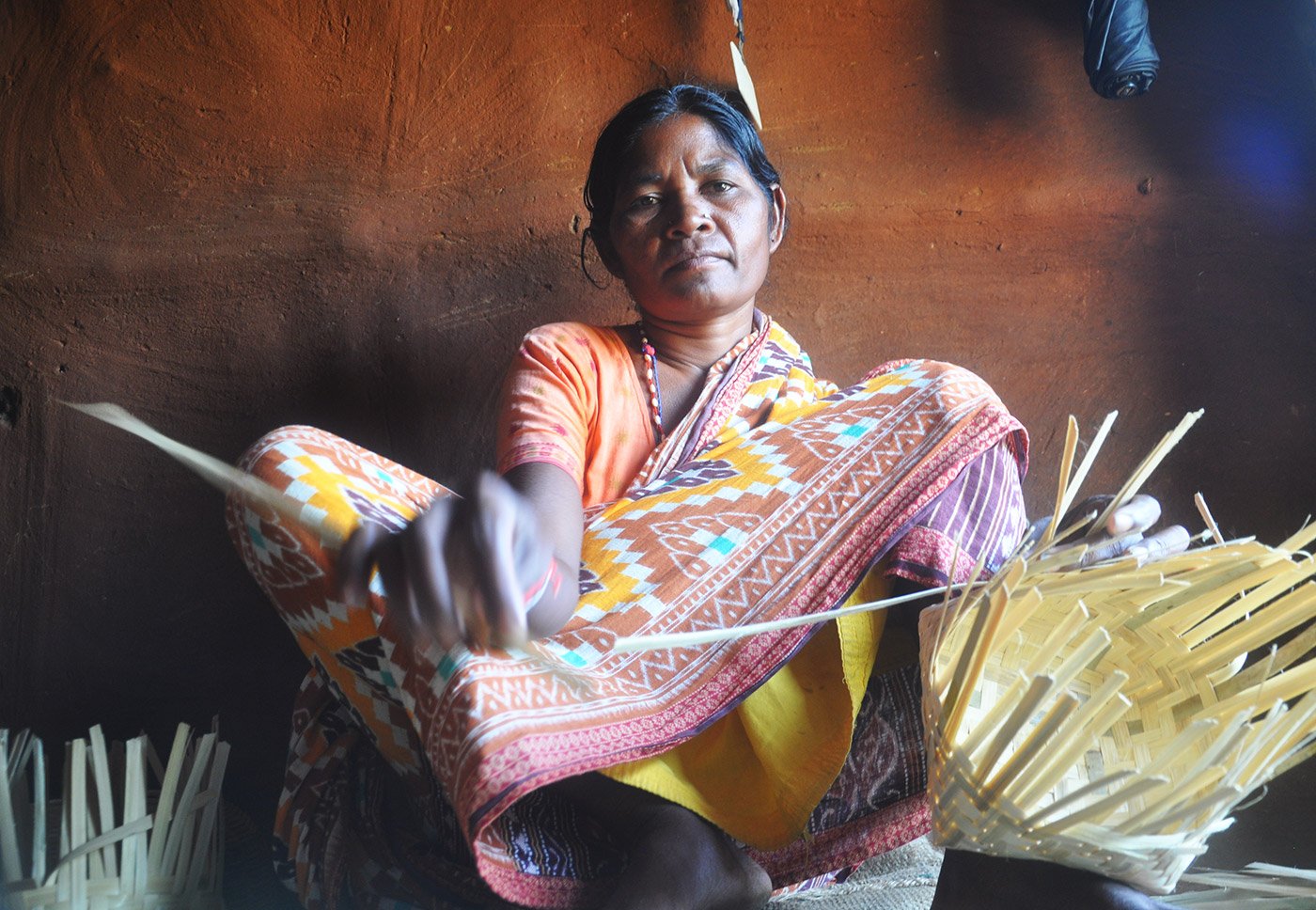 Kamla and other Paharias of Balangir, Odisha, struggle to be recognised as Adivasis and access their rights

It has been 16 years since we first met Kamla Paharia, an Adivasi widow and mother of four, who lives in a mud hut on the farthest patch of Dhusamunda village of Balangir district in Odisha. At the time, Kamla had appealed to the court of the judicial magistrate in Kantabanji to order the rescue of her two-year-old son Kautuk, forcibly retained by a brick kiln owner in Hyderabad.

The family belongs to the Paharia tribe, who are traditional basket-makers. They had migrated to the city looking for work, but Kamla had been pregnant and fell ill, and they were forced to return to the village. The kiln owner kept their child to ensure recovery of the advance money the family had taken from him.

The court ordered the police to rescue the child, and Kautuk returned home.

In the years since, little has changed for the Paharias, also known as the Kamar community, who have been struggling to get the status of Scheduled Tribe in the eastern state of Odisha, whereas their counterparts in Chhattisgarh have been recognised as a Particularly Vulnerable Tribal Group (PVTG). Kautuk, now 18, has no option but to become a migrant labourer himself. He works on construction sites in Mumbai.

“This is the second time since he left school in Class 8 that he has migrated to the city for work," says Kamla. "I pleaded with him to continue his education but he did not listen." Young men from the area say they prefer to work in the construction industry – it affords them more freedom and is less torturous than work at the brick kilns.

Kautuk is the eldest of Kamla's four children. Her daughters are all in school. Sakrabati, 14,  is in Class 9, Chandrakanti is 13 and in Class 8, and 10-year-old Premalata is in Class 4.  Chandrakanti and Premalata are in Kasturba Gandhi ashram schools, residential schools meant mainly for Scheduled Tribe and Scheduled Caste children. Sakrabati too was at an ashram school, but now she lives at home and goes to a high school in a nearby village by bicycle.

“Kamla has struggled a lot but never gives up," says Bishnu Sharma, a local advocate, human rights activist and authority on migration issues in the region. "She fought the system to get her daughters admitted to the ashram schools. The authorities denied admission at first, saying the Paharias are not a Scheduled Tribe." 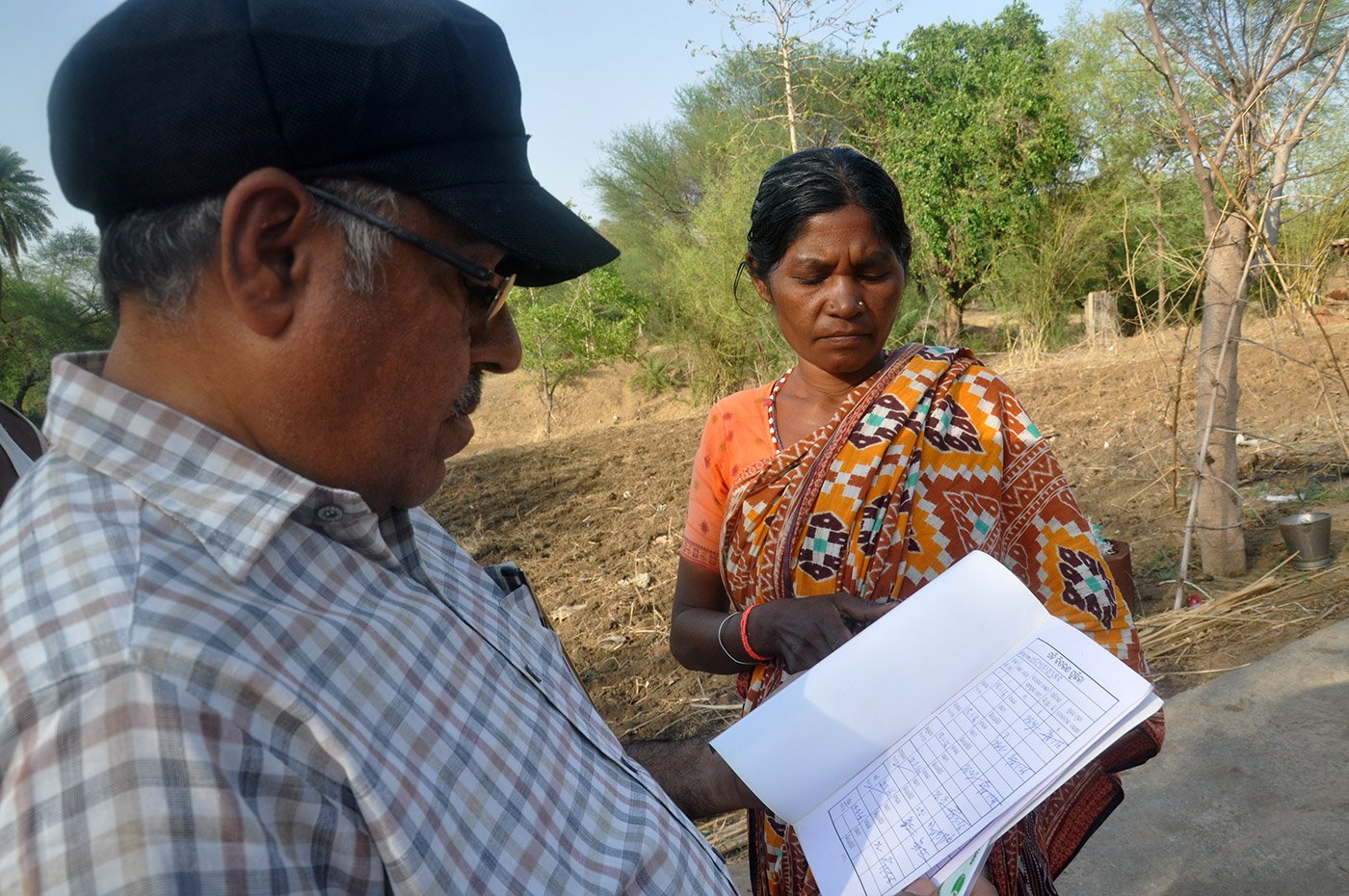 ‘Kamla has struggled a lot but never gives up', says Bishnu Sharma, a local advocate and activist

Kamla collected documents which showed that their counterparts in Chhattisgarh are recognised as a PVTG. She got the collector of Nuapada to issue a letter asking the tahsildars and block development officers of the district to extend the benefits for Scheduled Tribes to the Paharias, citing the resolution passed by the dDepartment of ST and SC Development, government of Odisha. Confronted with these documents, the authorities silently admitted the girls.

“It is very difficult to get the benefits provided by the government. But I want my children to get an education, so it does not matter if I have to continue struggling," says Kamla, 40, who has herself studied up to Class 6.

Dhusamunda village has a population of roughly 500. There are three or four families of Paharias, while the others include Yadavs and potters. It is known as a village of migrant labourers, with very few depending for their livelihood on agriculture and the collection of forest resources.

Kamla does not own land for cultivation; all she has is the small plot of homestead land bought for Rs. 3,000. A mud house was constructed on the land after the old one was damaged. She has not benefited from either the Indira Awas Yojana (a central government housing scheme for the rural poor) or the Odisha state government's Mo Kudia housing project for Below Poverty Line (BPL) families. 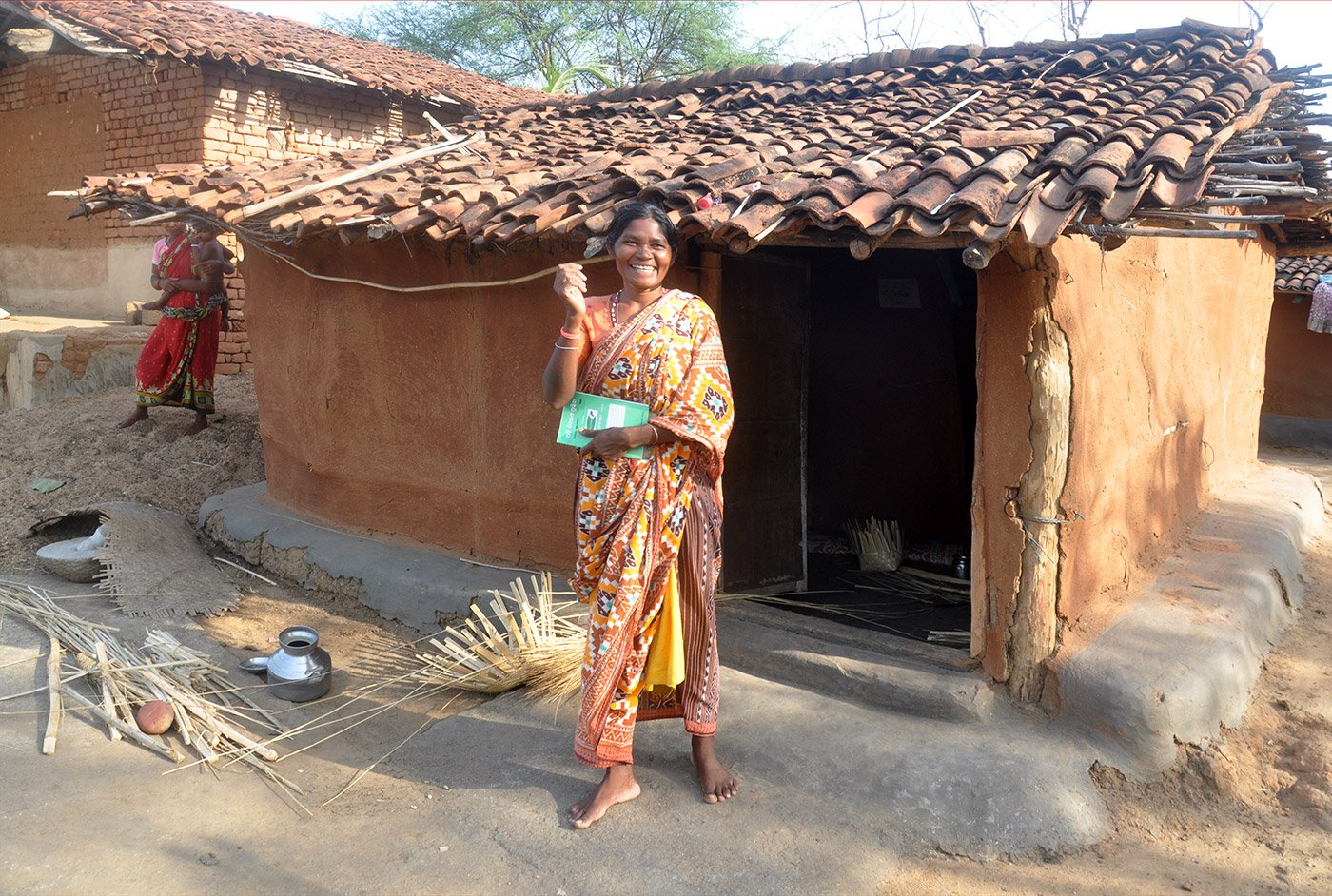 ‘I want my children to get an education, so it does not matter if I have to continue struggling’

“We have applied and are trying to get a house under the Mo Kudia scheme, but it is yet to be done. I do get a widow's pension of Rs. 300, however. We don’t have a BPL card. We did earlier, but don't know why we have now been issued an APL (Above Poverty Line) card,” Kamla says.

It is ironical that Kamla should not have a BPL card. She is a landless, tribal widow. Her only source of income is from the sale of the bamboo baskets she weaves. “Getting bamboo supplies is also a problem," she adds. "Some villagers have bamboo plants on their land, but they sell for as much as Rs. 40-50 per bamboo."

We also met Kamla’s sister-in-law Sumitra Paharia. Sumitra's family also makes the traditional bamboo baskets for sale. They had accompanied Kamla's family to Hyderabad, and stayed on, working at the brick kilns for six years after Kamla and her family left.

Labourers at the brick kilns generally return to their villages before the monsoon. But with no work in their village even after the monsoon, Sumitra's family decided to stay back, loading bricks onto trucks. “We returned to the village when our elder daughter Urbasi matured and we thought it was time for her to be married.”

Urbasi married Jaldhar Paharia of Makhanpur village two years ago, and has a one-year-old child. With Jaldhar also a migrant labourer in the city, she now lives with her mother. Her in-laws are very poor daily wage labourers.

Sumitra and Abhi Paharia have two more children, Niledri, 10, and Lingraj, who is 4. None of them are literate. “Urbasi still scolds us for her illiteracy," Sumitra confesses. "Since we stayed in Andhra Pradesh for six years, none of our children were able to get admission in school. But we will definitely educate our younger son. We want to get Niledri admitted to school too, but she refuses, saying it's too late for her now.”

As we speak, Sumitra's husband Abhi comes in with two small fish. “The villagers gave me this for helping them fish in the pond,” he says.

Sumitra isn't happy that Urbasi's husband Jaldhar is also a migrant labourer. But what else can they do? “All migrants are like stray dogs," she says, "filling their hunger by wandering in the streets. You have to work till your blood turns black.”