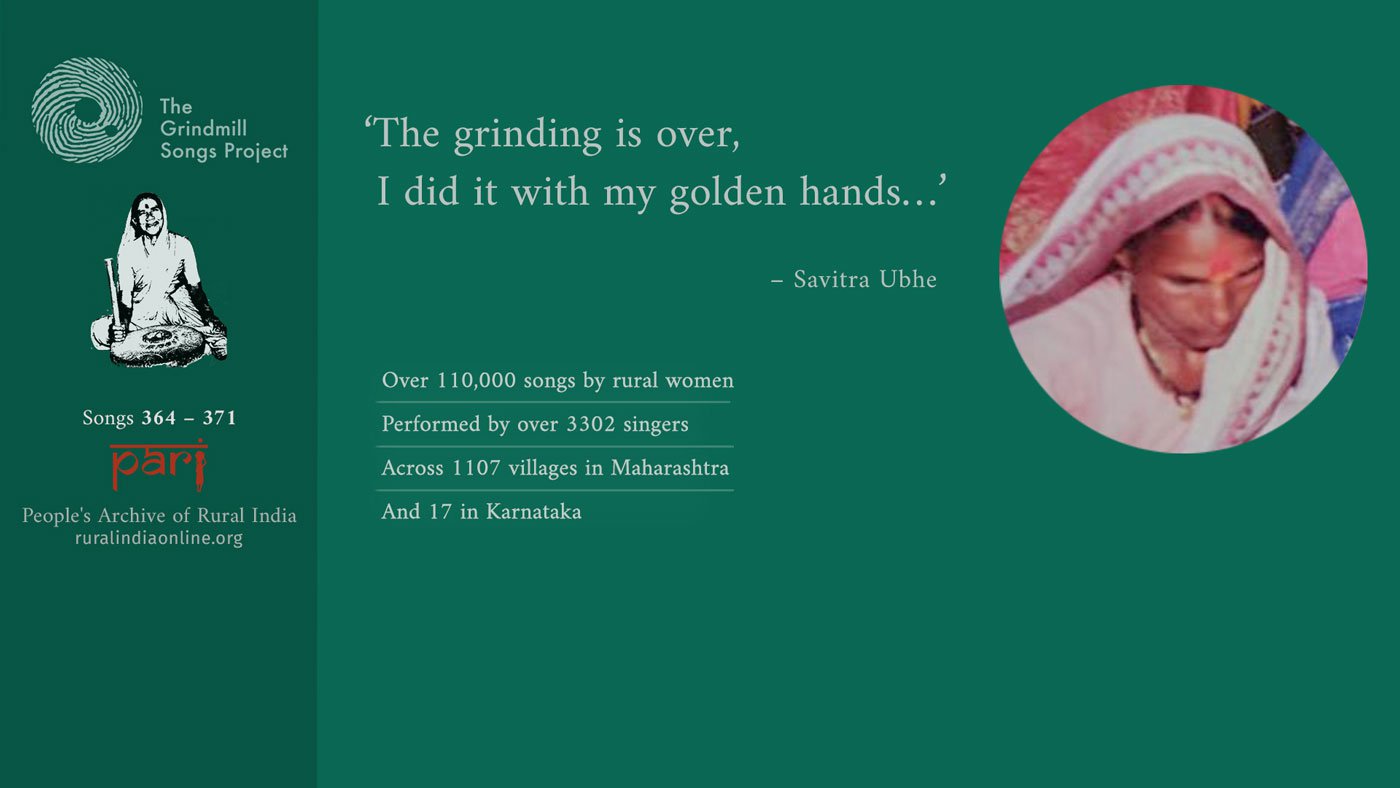 A sister’s anguish, a brother’s worry

Brother and sister are quarrelling in the fields
Sister has tears in her eyes, brother’s mind is filled with worry

In this first ovi , the singer remembers a sister’s quarrel with her brother. Only the fields and the wilderness around them are a witness to it. Is this a silly fight between playmates from their childhood days? Or is it a tussle in their adulthood over worldly matters like ownership of the family farmland? The sister’s eyes well up with tears; she knows that if the brother sees her tears, he will worry for her.

Savitra Ubhe, Tara Ubhe and Mukta Ubhe from Khadakwadi hamlet of Mulshi taluka , Pune, sing in their powerful voices eight ovi in this instalment of the Grindmill Songs Project. They begin with the galaa , a tune that is usually composed by the singers themselves but sometimes borrowed from the traditional musical forms like lavani, gaulan or abhang . It is often a hum that precedes the singing of the actual ovi , but sometimes it can also become, as in this case, a refrain, that follows each line of the song. The three-line verse expresses a sister’s anguish over a quarrel with her brother and sets the tone for the entire cluster of couplets:

Now, instantly
Take the flowers from his hands
Let him go empty-handed

When her brother brings flowers to pacify her, she sulks and tells her friends to take the flowers and to let him go empty-handed. It seems she is not even going to speak to him. But it could also be that she has nothing to give in return. The lines hint at an undercurrent of her deepest realisation: “What do I have? I have nothing while you have everything.” The sweet affection between a sister and brother is conflicted over the socio-economic disparity between men and women in our patriarchal society. 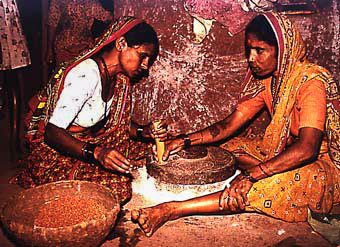 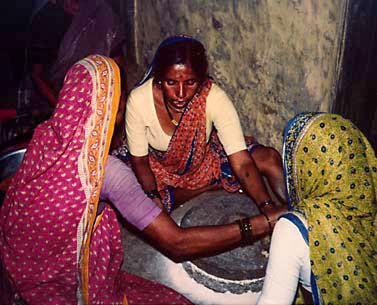 Archival photos of women sitting together and grinding grain in the stone mill, taken by the original GSP team

From the second to the eighth, every ovi begins with the words “the grinding is over” – it seems like repeating this while continuing to work at it would make the difficult daily chore easier. The woman at the grindmill puts a cover over it, and tells us that the sun and the moon will guard this essential possession.

As the work gets on, she spots her son at the doorstep and her words, “he has arrived, like a tiger,” denote her pride in him. She goes on grinding with her “golden hands,” signifying the prosperity she brings while working on the stone mill that belongs to her fortunate family.

The sifting pan where she keeps the freshly ground flour is almost full when she notices her son putting a spot of abir , the black vermillion powder, on his forehead, just above the sandal paste he has already applied there. This is a tradition among the devotees of Lord Vitthal of Pandharpur. Her son now resembles the towering image of Lord Vitthal himself and as if it were the god’s blessings on her family, she can see a kewda , the fragrant screw-pine flower, in her sifting pan.

When the grinding comes to an end, the singer feels Goddess Lakshmi’s presence over her grindmill. Once again, this signifies a divine blessing for the prosperity of her family. She notices her brother-in-law, Saravana, at their doorstep and pulls the end of her sari from her shoulders over her head. It is a custom that is still practiced among women in many communities of Maharashtra. The gesture is also a mark of respectability of women, especially among married women.

Until the end of the eight couplets, the refrain continues as the sister dwells on the anguish over the quarrel with her brother.


Brother and sister are quarrelling in the fields
Sister has tears in her eyes, brother’s mind is filled with worry

Grinding is over, I cleaned and [he] came near the door
Here is my son who has arrived, like a tiger

Grinding is over, the flour has filled the sifting pan up to the brim
Now my raghu , my son, applies abir above the spot of sandal wood paste [on the forehead]

Grinding is over, kewda flower in my sifting fan
Vithu from Pandhari is as big as my son

My grinding is over, I take the end of my sari over my head
Goddess Lakshmi has come to my grindmill with flour overflowing

Grinding is over, I take the end of my sari from the shoulder over my head
Saravana, my brother-in-law, I saw you on the threshold

The refrain
Now, instantly
Take the flowers from his hands
Let him go back empty-handed 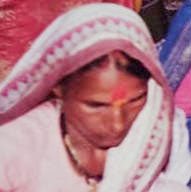 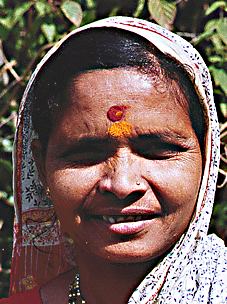 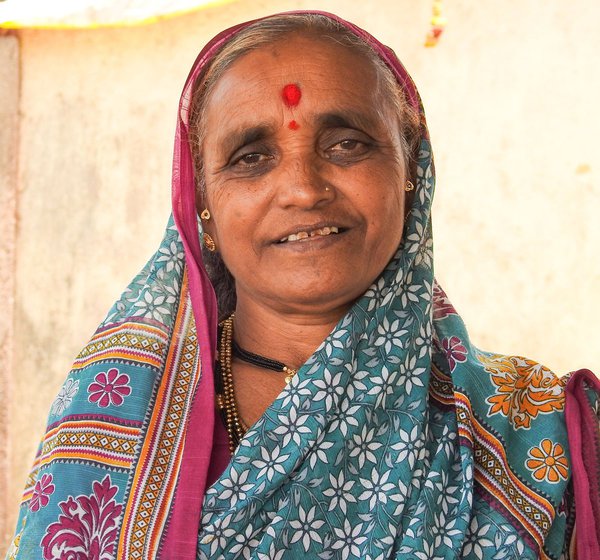 Listen to Savitra Ubhe sing about the daily grinding of grain to flour.