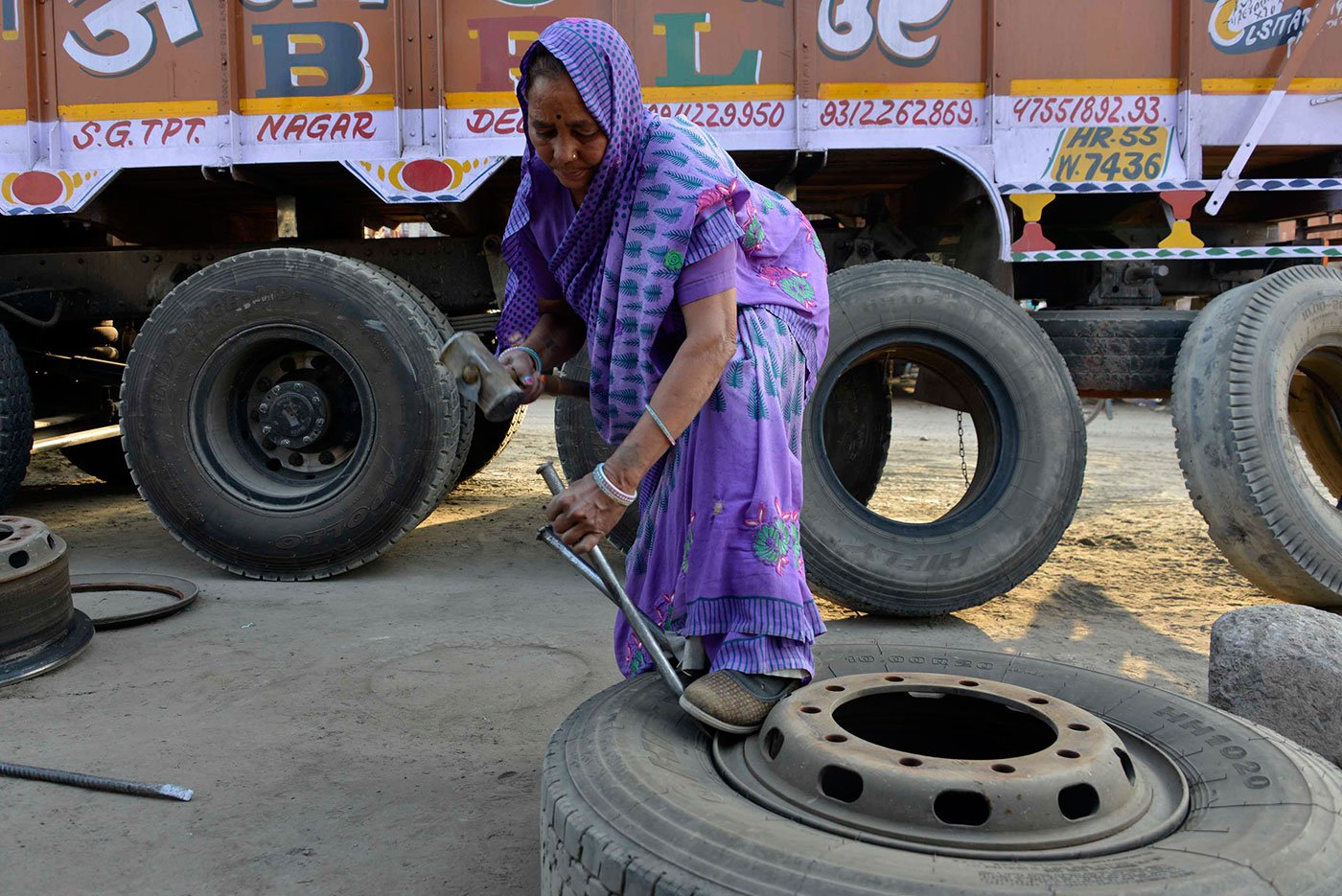 On the outskirts of Delhi, just off National Highway 4, is situated the Sanjay Gandhi Transport Nagar depot, a hub for trucks and related repairs. It's a dusty, mostly male bastion where speaking in crude platitudes or urinating in public is quite the norm. Among the many large, soot-darkened hands rapidly passing tools, changing tyres or fixing punctures, you might spot a lone one with brightly coloured nails and bangles doing exactly the same thing. Shanti Devi, 70, is possibly India's first woman mechanic who has been working at the depot for over two decades. She works with her husband Ram Bahadur, 55, who is proud of the title his wife has earned over the years.

For Devi, who originally hails from Gwalior, breaking into a male bastion isn't new. A resident of the nearby Swaroop Nagar, she moved to Delhi 45 years ago, and funded her first wedding with savings of Rs 4,500. "Ours was a poor family. My mother went through tremendous hardships to bring us up. I worked at odd jobs like stitching and making beedis . I managed to save up to get married and move out."

Devi and Bahadur started by operating a tea-stall opposite shop number AW-7 at the depot. They still work on the same spot, but 25 years later it has metamorphosed into a repair shop. Devi says she apprenticed under a mistri who taught her how to change tyres, fix punctures, make minor engine repairs – all for a fee of some food and money, for a month. "One can't learn for free! I had to invest something," she says with a smile.

The idea was to generate more income than they were getting from the tea-stall, since both husband and wife had 3-5 children each from their previous marriages to bring up. "His wife ran away with another man and my first husband died early. He was a wastrel anyway, whatever I saved he blew it up in alcohol and gambling. If I refused to give him money, he hit me. I lost my elder son in an accident many years later. But life has to go on."

Dressed in a purple sari and a matching blouse that she stitched herself, Devi sports comfortable canvas shoes and socks as well as silver anklets. Her head remains covered with the pallu to keep off the heat and dust. You might mistake her for a farmer working in the field as she bends over a tyre instead of a ripe crop, keeping her back straight. She yanks off the tube and slathers powder on it. "It's to keep the tube from getting stuck inside the tyre when it gets hot," she explains, proceeding to find the puncture. Her husband looks on proudly as she instructs him on what to do. "We are like friends," he says. "Between the two of us we managed to make our own house in 50 gaj [a local measure of land] area and settle all our children."

How do the men in the area see her? "It's how you conduct yourself. They are quite happy that I do similar work as them, more so, especially since I have been written about in the press over the years," she says.

Devi is fond of colour. Except, instead of regular paint or polish, she has stuck strips of colourful window film lying about on the premises on her nails, which she says glows in the night. She opted to wear plastic bangles instead of glass given the occupational hazard. "Once, while passing a long tool to a worker, it got stuck in my glass bangles on the wrist and broke. The shards pierced into my skin and it became a wound. I like bangles, I just choose the ones that won't break that easily." 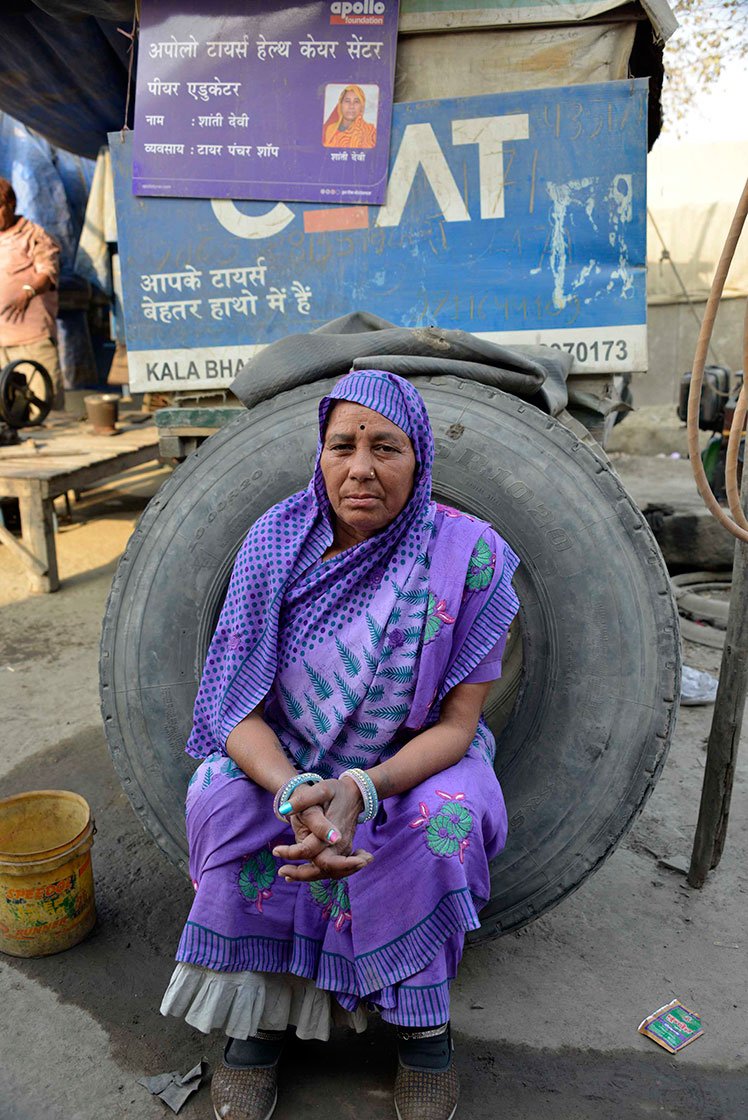 For many women like Devi, breaking stereotypes hasn't been a conscious choice or an aim to make a statement. It's simply what necessity and pragmatism led to.

This story originally appeared in The Week on March 7, 2016