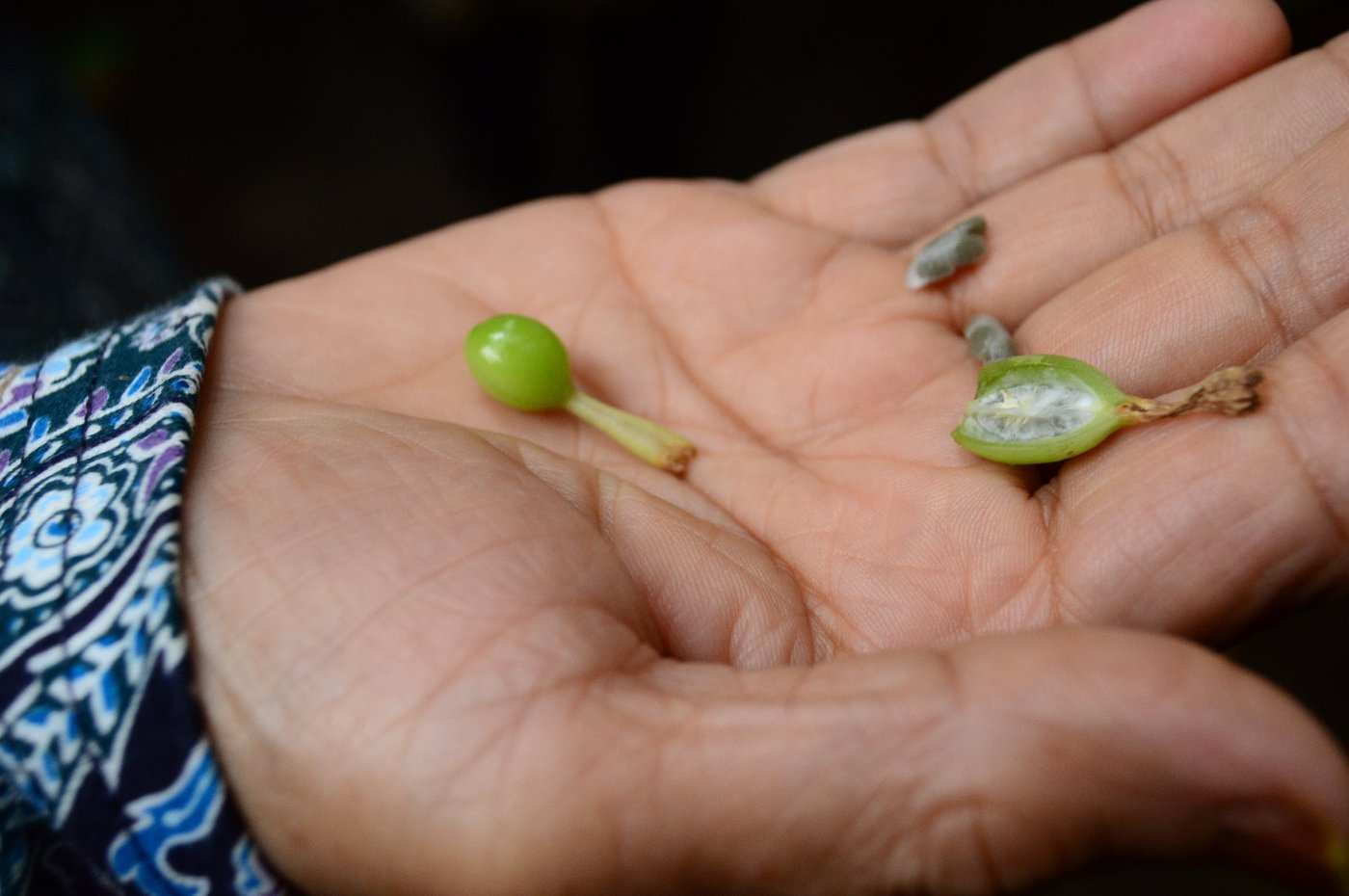 Spice and all that's nice 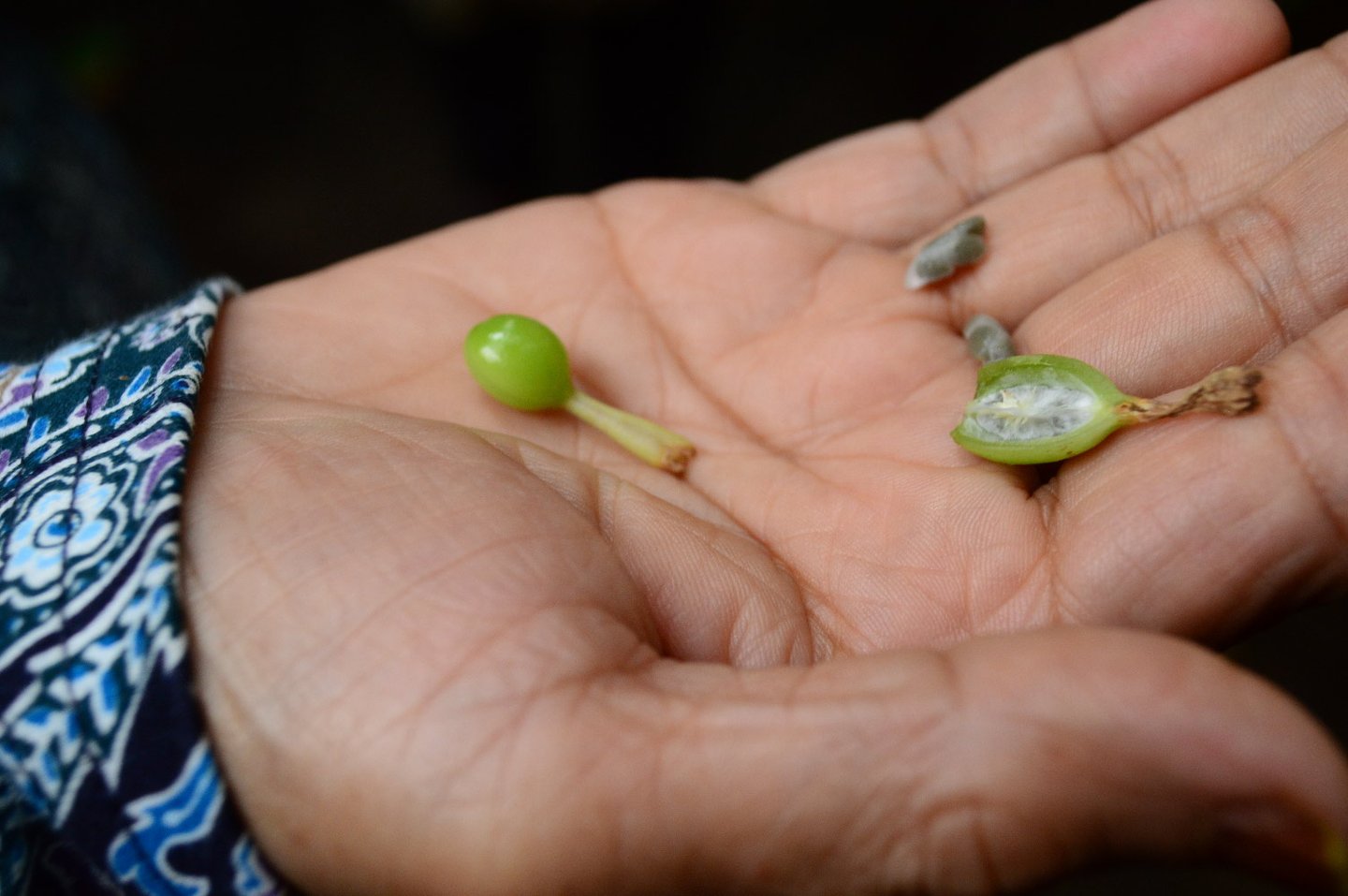 “There’s a lot to Goa than just the beaches and casinos”, a local tells me, few days into my stay there. A lot more, as I subsequently learnt. His smile and suggestion, “Just hop onto a bus and explore!”, had my curiousity promptly piqued.

So there I was, one humid Sunday, making my way to Goa’s hinterland taluka known for its Hindu temples and spice plantations. Out of a cluster of plantations, I picked the Sahakari Spice Farm in Curti, some 2 km from Ponda. This spice farm, like the others, is spread over hundreds of acres of land, where spices, fruits, medicinal trees and herbs are cultivated. The origins of these farms lie in the practice of mixed cropping or Kulagor as it’s locally known. And in the 2000s, they started opening up as 'eco-tourism' destinations.

After a traditional welcome complete with jasmine-marigold garlanding, my guide for the day, Cyril, immediately hands me coconut water and a bowl of fresh cashews. But warns me to keep it light – there’s a buffet lunch to follow. Already groups of foreign tourists are at it in the neighbouring shack. I exchange pleasantries with a highly unlikely companion at the next table – the SP of Goa’s anti-narcotic cell who I met the previous day in a highly charged press conference – before proceeding to attack the sumptuous spread before me.

Sitting on wooden benches under a canopy of trees, it takes a good hour traversing the traditional Goan style cooking. Served in betel nut plates, bamboo spoons and earthen pots, it’s worth every moment. The food has been prepared with farm-picked spices – turmeric, coriander, cinnamon and pepper – main ones used in traditional Goan dishes. We dig into fried and curried prawns, rava kingfish, chicken Xacuti – traditionally a Portuguese dish but prepared without vinegar in the Hindu style. And two recent favourites: sookha shellfish – I remember it from the regular lunch thalis in Panjim but here they are bigger and robust, and fried Chonak (red snapper). We wash it down with kokum sherbet and round it up with vanilla ice-cream and fresh fruits.

Despite an enormous meal, you don’t feel the famous Goan ‘susegaad’. And thankfully so – next up is a two-hour long tour of the farm. And Cyril coolly hands me a large fresh Feni shot to begin it with!

As we proceed on our leisurely tour, gingerly stepping across a small leafy bridge, he thrusts a tiny bunch of leaves under my nose. The Feni was heady, “I can’t guess.” “Bay leaves or tej-patta,” he says, before breaking off a stem to reveal bright yellow turmeric. We check out pepper, cinnamon, cardamom, clove and nutmeg, pop sour berries, examine young pineapples and stare up high jackfruit trees. After quick reckoners on each, Cyril explains their medicinal properties. The innocuous kitchen spice-box has suddenly come to life. This plantation employs about 75 people and is one of the few in India that cultivates vanilla.

The good thing about the tour is that it’s not a lecture. “But doesn’t it get boring talking about the same thing every day?” I ask. “The variety for us lies in the different people we meet everyday. So we end up learning a lot from the visitors themselves. Foreigners are usually knowledgeable; many Indians don’t even know the names of the spices they use,” laughs the bespectacled guide, who’s been working here since the last ten years. What a shame, I tell myself, soaking in the green swath of cashew, betel nut and coconut trees.

There are bird-watching pockets on the plantations and the authorities on this one claim that 80 different species have been spotted. We break for a short elephant ride. Here, you can feed and bathe the family of three and have them squirt water on you in return. For now I’m happy with just the ride. Back on our feet, Cyril takes me to their Feni distillation unit. Here, the juice from cashew apple is fermented for a week and then distilled. While the first distil gives out urak – milder alcohol, the second distil gets you the famous feni. About 30 litres can be churned out every ten days. The farm employs about 75 people. The one-and-half-hours are up. I shriek as a mug of chilled medicinal water is suddenly poured down my back. “Don’t worry, it’ll dry off soon,” grins the lady pouring it.

Cyril hands me a mug of hot lemongrass tea as I wearily sit down to sip it in the cool shade of one of the shacks. It’s time to head home but before that I pick up a bagful of farm goodies, which come with a handout explaining natural remedies for depression, diabetes, weight-loss.... even oils for men 'curing' sexual debilities, while the ones for women claiming to ignite desire and enhance their physical assets. ‘No Side Effects, No Addiction’, they promise.

Quite a unique experience at a 'spice' plantation, I muse in the rambling state bus later, sniffing long at the fragrant vanilla sticks from my bag.