'What's the use of this ration card?'

When even their paltry income stopped due to the Covid-19 lockdown, and their BPL ration cards were rejected at PDS outlets, April was the cruelest month for Gayabai Chavan and others in Pune

“First they said that the card is not stamped. Then I got all the papers ready to get it stamped. But they have not given me any ration,” said Gayabai Chavan.

When I met Gayabai, a contract worker with the Pune Municipal Corporation, on April 12, she was worried about buying food for her family during the lockdown. She was unable to get rations from the PDS (public distribution system) outlet with her yellow ration card, issued to families living below the poverty line (BPL). At the shop near her house in the Shastri Nagar area of Kothrud in Pune, the shopkeeper had told her that her card was not valid. “He said that my name was not on the list to receive rations.”

Gayabai, 45, started working with the PMC as a sweeper 14 years ago – a year after her husband, Bhika, a factory worker, was disabled in an accident at work. She is the sole earning member in her family now. Her eldest daughter is married, her younger daughter and son both dropped out of school and are not earning. Gayabai managed the household on her income of about Rs. 8,500 every month. Her tin-roofed house in the Shastri Nagar chawl is in a state of disrepair. “This is my situation,” she said, “but I don’t get ration.”

Her futile journeys to the ration shop are not only lockdown-driven. “They [shopkeepers] haven’t been giving me rations since six years,” she said. She had hoped they would relent during the lockdown.

For more than two weeks after the lockdown began on March 25, many families in the colony where Gayabai lives were unable to buy foodgrains at the local PDS shops. Despite assurances by the union government that subsidised grains would be available to ration-card holders covered by the National Food Security Act (2013), shopkeepers cited various reasons to turn them away.

When the lockdown was imposed, many women were counting on subsidised or free grains – without their modest wages coming in, they couldn’t afford retail prices

Watch video: ‘What is the use of this ration card?’

Many of the other residents of Gayabai’s chawl listed the shopkeepers’ responses: “When I went to the outlet, I was told that I could no longer receive the monthly rations,” said one neighbour. Another added, “The shopkeeper said my thumbprint doesn’t match [the record in the system]. My Aadhaar card is not linked to the ration card.” One woman was sent back after being told that her family’s income was more than the income limit of her ration card. “How will those who can’t buy foodgrains get the rations?” she said.

“The shopkeeper told me he can’t give me anything. I am not getting any rations for three years now,” said Alka Dake, 43. She earns Rs. 5,000 a month working as a cleaner in a private school nearby.

“Even though she has a BPL yellow card, she doesn’t get rations,” said local activist Ujwala Hawale, about Alka’s situation. “The shopkeeper shouts at her and tells her to get lost. And he’s taken Rs. 500 from each of the women, promising to ‘validate’ the card. But they have not received the rations.”

Alka and Gayabai were not given the free five kilos of rice promised as part of the relief package announced by the union finance minister on March 26. This was to be given in addition to the card holders’ monthly allocation of grains. The queues grew longer after the ration shops started distributing the rice on April 15. But the free one kilo of dal per family, which was to be given with the free rice, has still not reached the PDS outlets. “Though the free rice has come, we are still waiting for the dal ,” said Kantilal Dangi, a ration shopkeeper in Kothrud.

When the lockdown was imposed, many women in Shastri Nagar were counting on  subsidised or free grains – without their modest wages coming in, they couldn’t afford retail prices. Fed up with being turned away from the ration shops, a group of women decided to protest outside a PDS shop in Erandwane, a locality near Kothrud. They gathered with their ration cards on April 13, demanding rations from the shopkeeper.

Jyoti Pawar, a domestic worker who lives in Nehru colony, spoke up in anger: “My husband cannot drive his rickshaw [during the lockdown]. We don’t get anything. My malkin [employer] doesn’t give me my salary. What can we do? What’s the use of this ration card? We are not getting proper food for our children.” 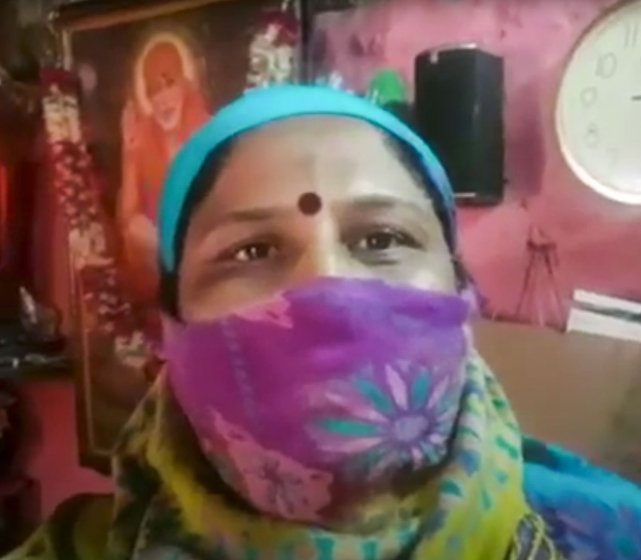 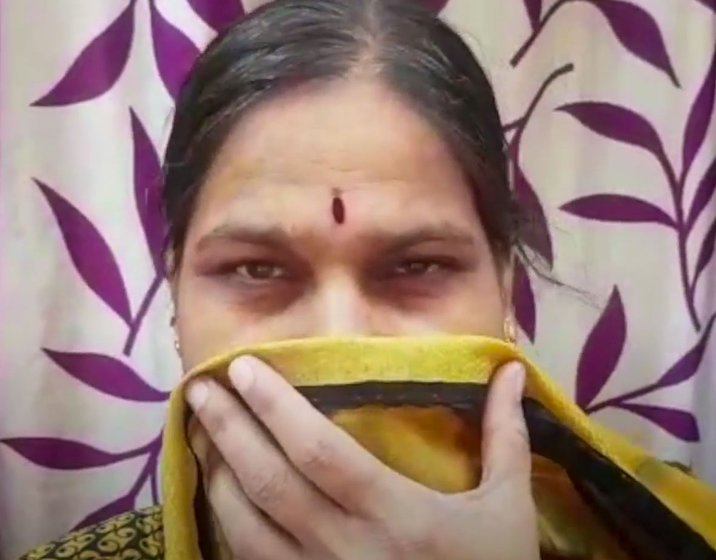 When asked why people were being turned away, Sunil Lokhande, who owns a ration shop in Kothrud, said, "We are distributing rations according to the prescribed rules. We disburse the food grains as the stocks reach us. Some people are inconvenienced because of the crowds [long queues], but we can't do anything about it."

"Every ration shop has been supplied with the stocks they require,” said Ramesh Sonawane, an officer with the state’s Food, Civil Supplies and Consumer Protection Department in Pune, speaking to me on the phone. “So every citizen must get adequate food grain [as per their entitlement]. It there is any problem with this, then people should contact us," he added.

In a statement to the press on April 23, Maharashtra’s minister of food and civil supplies, Chhagan Bhujbal, spoke about the irregularities in the distribution of grains. He said that “stern action” had been taken against ration shopowners for such irregularities and non-compliance of lockdown rules – 39 shopkeepers had been booked in Maharashtra, and the licenses of 48 shops had been cancelled.

The next day, the state government announced that it would distribute rice and wheat to saffron-card holders (above poverty line or APL families) as well as BPL families whose yellow cards had been cancelled for any reason, at subsidised rates for three months.

Neither Gayabai nor Alka knows which government scheme has brought them this relief – or how long it will last.