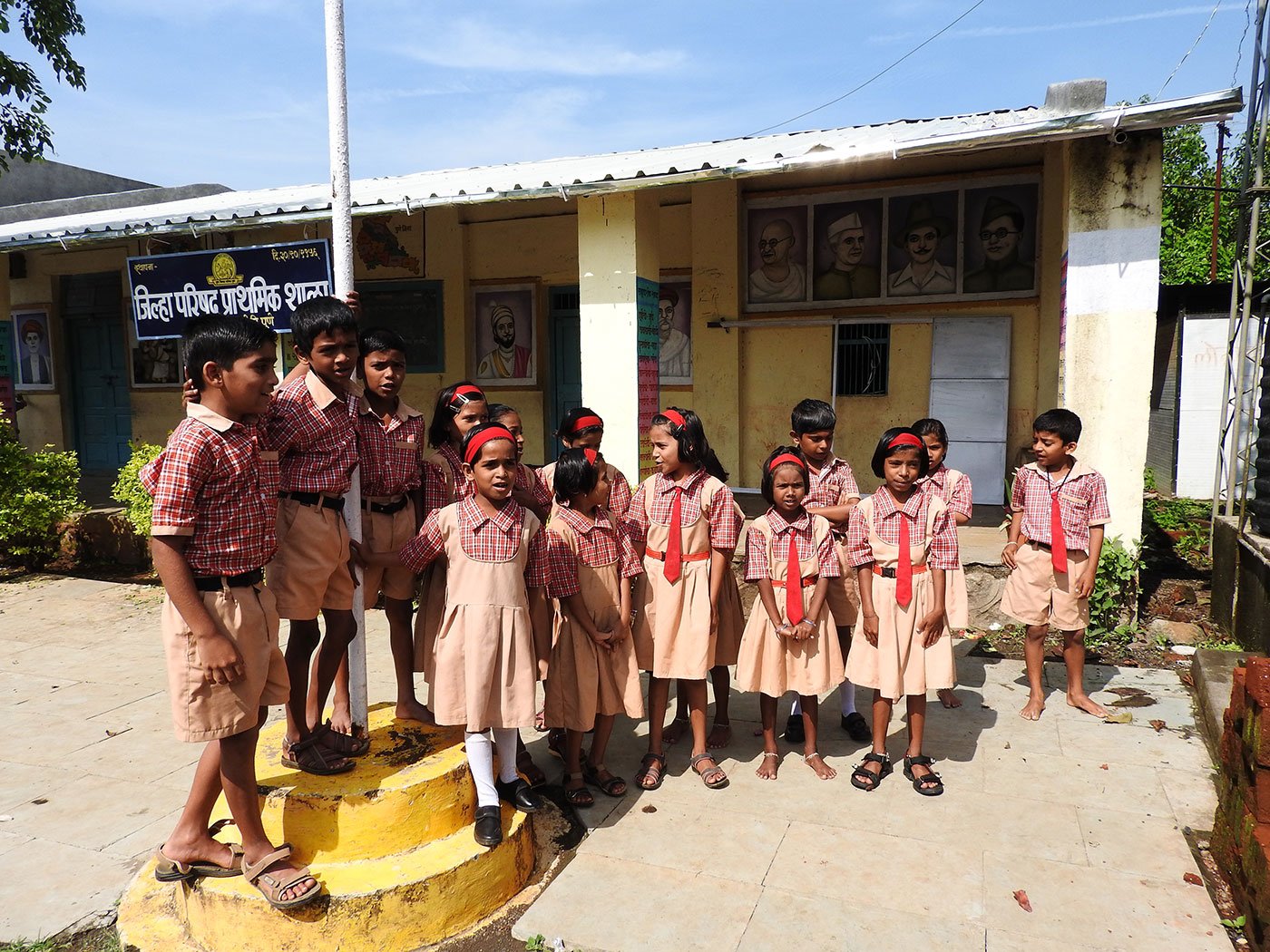 And that’s from children singing in a village school. At one level, the irony is palpable. Rural schools are almost never given a fraction of the facilities, funding and opportunities that urban schools receive. Schools that appoint ad hoc teachers at appallingly low salaries. Schools where the instructors are completely unqualified – some states have exempted candidates from the Teachers’ Eligibility Test so they can bring in completely unqualified, underpaid people. Schools that sometimes go without any teachers at all for ages. 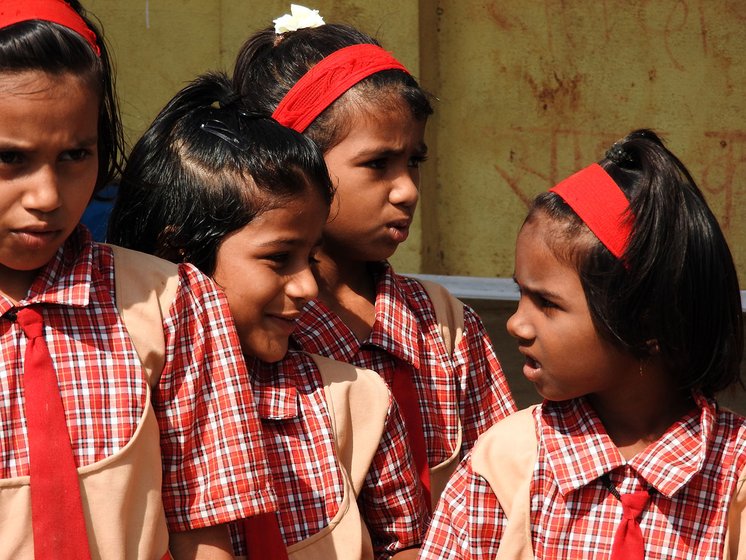 Rural schools are usually neglected, yet the children sang with passion and confidence

Yet, they sang with passion and confidence, the children of the primary school in Nandgaon village of Mulshi taluka in Pune district. They believe in those ideals. And they’re singing, on our request, a Marathi poem they’ve learned in school, from their fourth standard Bal Bharati textbook.

It’s a poem by D. N. Gavankar (1915-1971), poet and photographer, who was one of the members of the Lal Bavta Kala Pathak, or the Red Flag Cultural Squad set up in 1942-44, along with Amar Shaikh and Annabhau Sathe. The three were seen by their contemporaries and later writers as “the bridge between the masses and the Samyukta Maharashtra movement.” (The movement fought for and achieved a separate Marathi-speaking Maharashtra state which came into being on May 1, 1960).

In the 1940s, the songs and poems of these artists were very popular among the textile mill workers and other workers in Mumbai.

Those words still ring in our ears, long after we’ve left: " We will establish equality, everlasting unity... No one is inferior, none is a servant here."

Pearl millet, sorghum, are shining like pearls
We’ll eat bhakri from these pearls all year

We will establish equality, everlasting unity
No one is a master, none are servants here