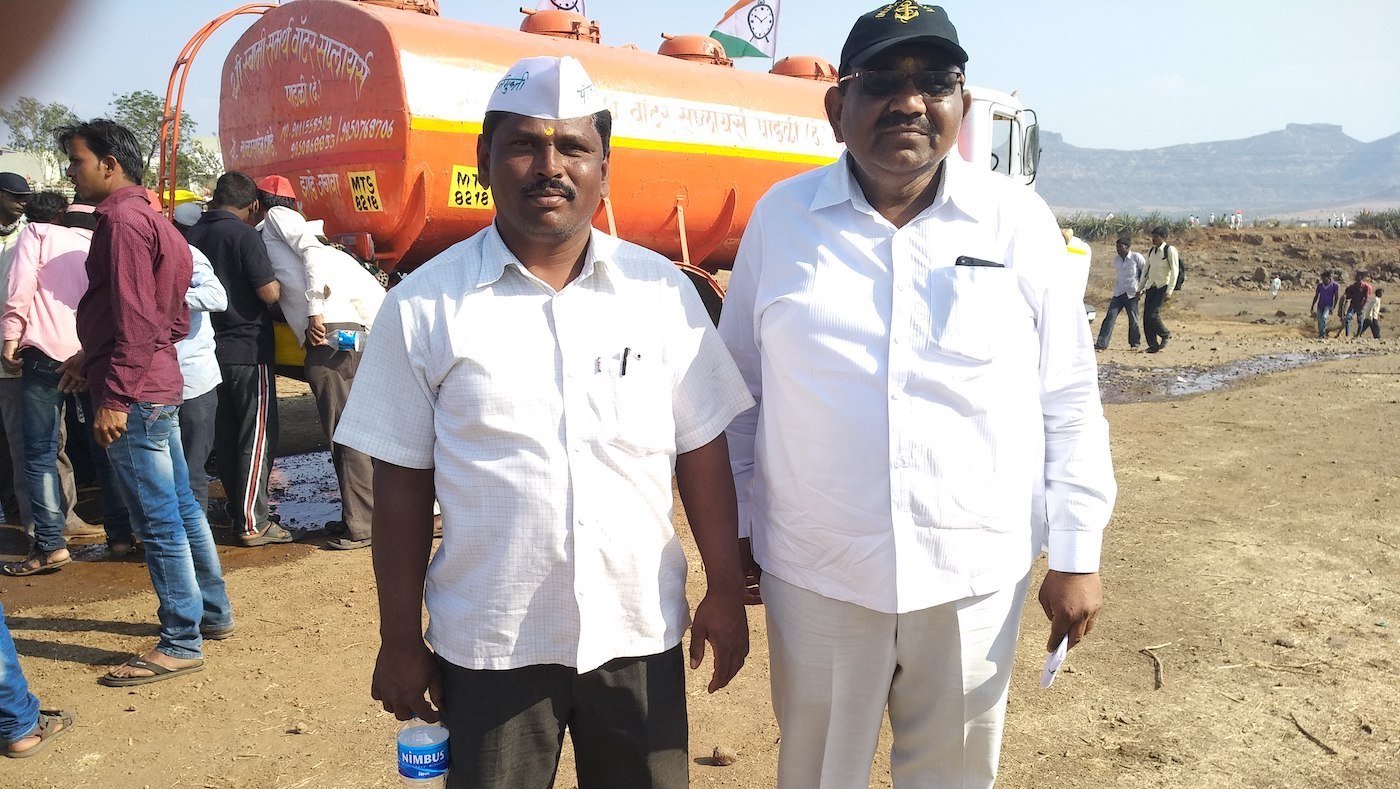 'No point in hanging ourselves...'

Relatively affluent farmers in Maharashtra, who use shade-nets or poly-houses to grow high-end vegetables and flowers, are also caught in a crisis that not many of them talk of, fearing social stigma

“People think we are rich and big farmers,” Dadasaheb Sapike said. “That’s the general view when they see our shade-nets. But come to our farms and you’ll see the bitter truth. We are in huge debt. And we can’t repay any of it.”

Dadasaheb was quietly marching alongside others at the farmers’ march that started on February 20 in Nashik. With him was Rajendra Bhagwat – both very different from the Adivasi and marginal farmers who formed the majority of the protestors. (The march was called off late at night on February 21 after the Maharashtra government gave an assurance that it will address all the pending demands of the farmers in a time-bound manner.)

Sapike, 51, and Bhagwat, 41, farm on five acres each in Ahmednagar’s parched Sangamner taluka . Both have put up shade-nets on two acres each. These are nets on scaffolding that provide protection against various adverse events like hail and heavy rain, pests and extreme sunlight, and help retain humidity. The crops or plants within the net are drip-watered through perforated pipes.

A shade-net requires an investment of Rs. 15-20 lakh per acre, while a poly-house needs anything between Rs. 40 and 50 lakh for an acre, Sapike and Bhagwat said.  Poly-houses are larger prefabricated steel and tubular structures, covered with specially-made polythene sheets. Poly-houses came up across north and western Maharashtra to grow flowers, mainly roses and gerbera, for export.

Around a decade ago, the state government and banks began promoting these structures  through various incentives and subsidies in dryland areas. Sangamner is a water-scarce tehsil in a rain-shadow zone. The structures were promoted as a technology that uses less water and shields against weather uncertainties to produce high-end farm produce. 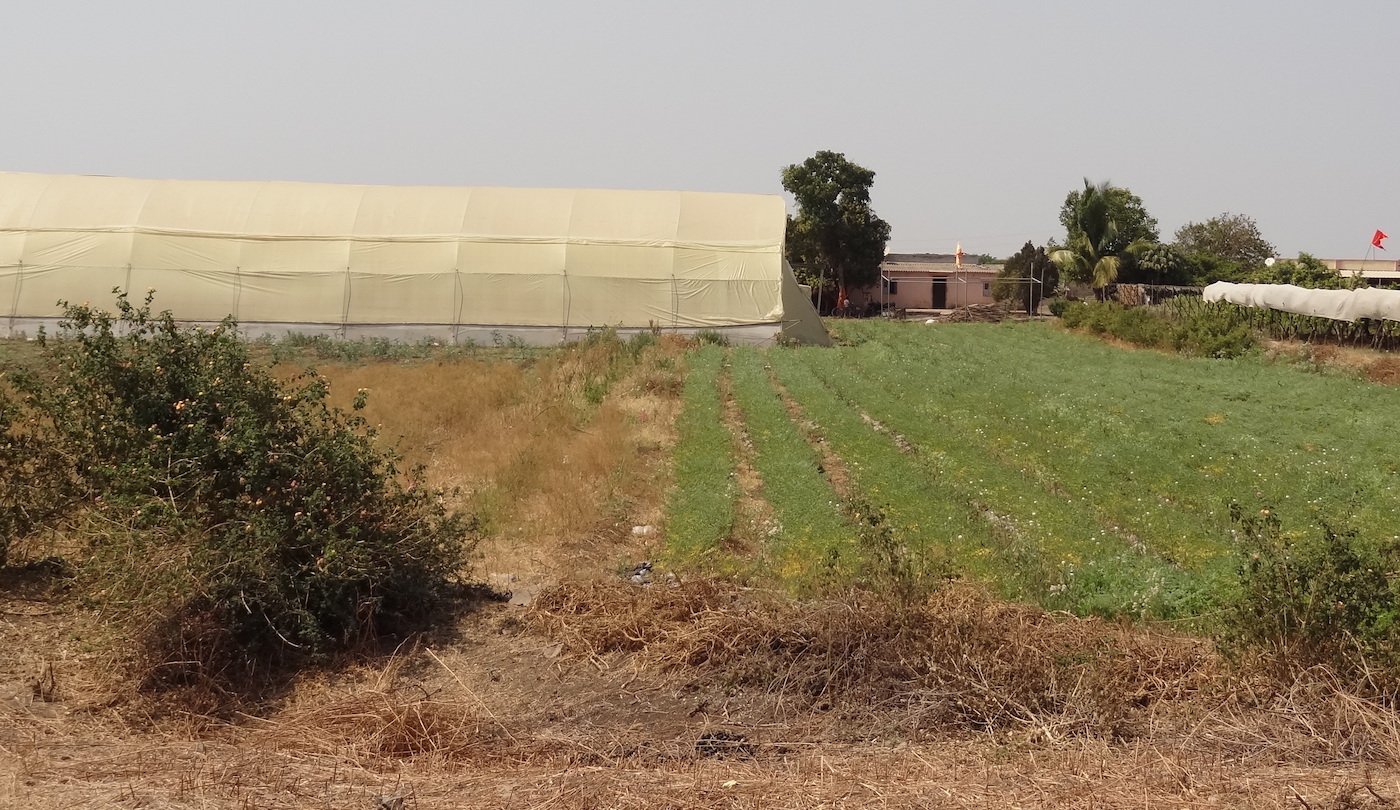 A decade ago, the state and banks began promoting shade-nets and poly-houses in dry areas. After initial profits, farmers ran into bad weather

The two farmers set up shade-nets around eight years ago. For the first two years they made profits, which encouraged them to expand from an acre to two acres each. “In 2009-10, when shade-nets and poly-houses multiplied in our area, the prices for high-end vegetables like capsicum, or for flowers, were better. But now prices have collapsed  [due to excess supply and fluctuating markets] and there’s absolutely no water,” Bhagwat said.

For five years, he and Sapike have incurred losses on their capsicum crop. But they are reluctant to speak about their debts. “It was difficult to come out in the open,” Bhagwat said, “because if relatives and friends know we are in debt, we fear it might affect our social status. But it is time we take our issues to the government.”

Several other farmers in Ahmednagar district and elsewhere who have installed shade-nets or poly-houses on their farms are reeling under mounting debts, and have abandoned their projects, Dadasaheb said. In his own village of Kankuri near Shirdi, he added, many are left with no money and cannot get loans from banks anymore. “It is a liquidity crisis, it is a crisis of water, it is a crisis of markets. We are stuck. I have a pension [he is a retired Navy clerk] to run my family, but others don’t have anything….” 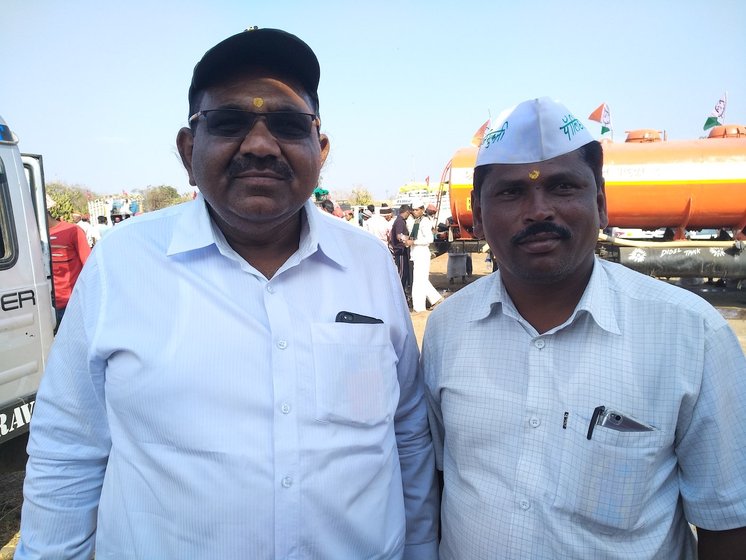 Sapike (left) and Bhagwat (right) are not marginal cultivators, but like many other shade-net farmers, they are reeling under debt

The two joined the recent protest when the All India Kisan Sabha (AIKS), the organisers of the march, held a meeting of shade-net and poly-house farmers in Ahmednagar on February 13, recognising that this was an issue that must be highlighted too through the march.

Sapike and Bhagwat have unpaid bank loans of Rs. 20 lakhs to Rs. 30 lakhs each. Others like them, they said, have even bigger loans that they are unable to repay. Expanding the loan waiver scheme to cover shade-net and poly-house farmers is part of the charter of demands that the AIKS has placed the state government.

The government, in the assurances it gave on the night of February 21, has said it will look for solutions to this issue too. “We will have to do a survey of such farmers first before taking a decision to ease their burden,” said Girish Mahajan, Maharashtra’s minister for water resources. He led the late evening talks with AIKS leaders and addressed the farmers after the march was called off.

“The loan waiver scheme in its current form is of no use to us,” said Dadasaheb. “Our loan component is huge. If we had money to repay, we would not rally for our demands.” They won’t be able to clear their debts even if they were to sell their land, he added.  “We decided to speak up so that others eventually join us. There is no point in hanging ourselves when we have the recourse to knock on the government’s doors.”
Jaideep Hardikar
@journohardy