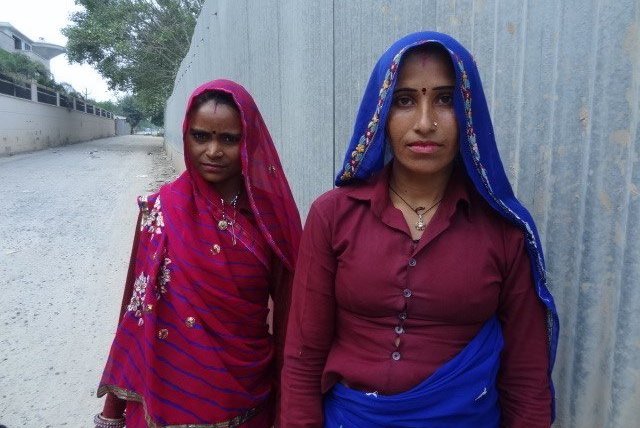 Migrant women at work in Gurgaon

“Ram Swarup is the richest man amongst us; he owns some land.” The others tease him and laugh. In this group of agricultural labourers, there is only one man, Ram Swarup, who owns an acre of land. His father owned two acres, and it was divided between him and his brother and that’s how he came to be a coveted landowner.

This group of labourers, about 150 of them in all, have been brought from villages of Fatehabad District in Haryana by a labour-contractor to work on a land project on the outskirts of Gurgaon city. On the way to that tract of land, Vazir says, “These people are from Fatehabad, my district, that is how I know them. I was once like them. Twenty years ago, I too came to the city from my village, Bhattu, looking for work.” But even before reaching that tract of land, it is two women labourers who come into sight. We stop to speak to the women. Where were they going?

“We work at construction sites. Carrying bricks, or loads of sand on our head. For two months now I’m working in Gurgaon. I’m from Dausa, Rajasthan. My family is there. I will go home after three months, for Diwali. But now, I must go to work, I’ll be late,” says Sita Devi as she rushes off to the construction site. 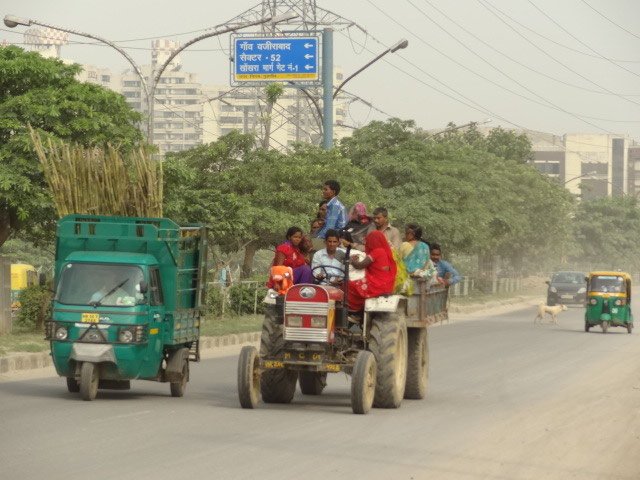 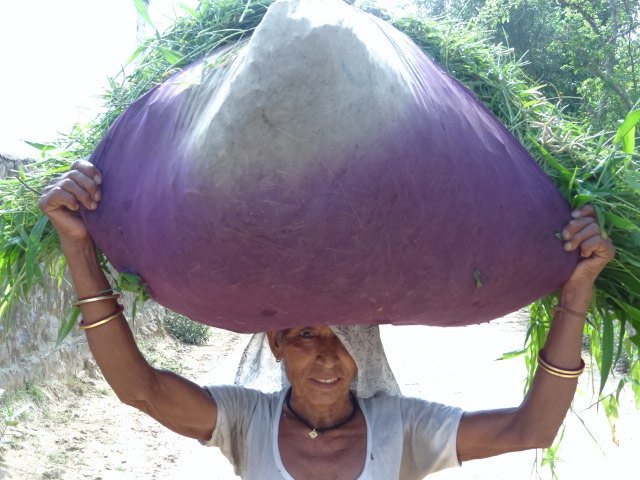 Vazir, now a car driver in Gurgaon, drives us to Ghata Gaon, some 3 kilometers away where the land development is in progress. On the highway, tractors pass by, ferrying truckloads of women, men and a few children to building construction sites. Ghata Gaon, is waking up to a hot and muggy morning. Its narrow streets are flanked by one or two-storied houses. There are also a few small three-storied buildings. In the distance you can see Gurgaon’s towering high rises, the fruits of hard labour of people like Sita Devi.

“These houses are owned by locals,” says Vazir. “They sold off their land to the state government for land development and land investment projects. They built these smaller houses, from the moderate amounts they made. So they rent out some rooms to outsiders.” So rooms on the upper floors or the box-like rooms, like juggi-jhopdi s constructed outside their houses are rented out. So who lives in these rooms?

“Migrant labourers from Rajasthan and other parts of Haryana. They do all sorts of menial jobs here. Sweeping, domestic work, construction work.” Renting out the rooms is a source of income for the locals. 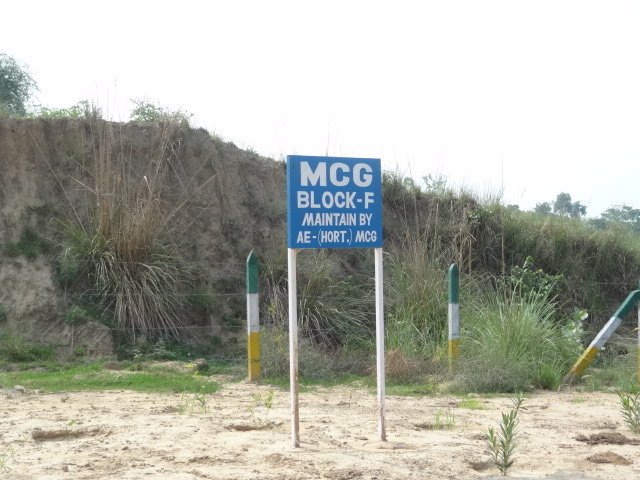 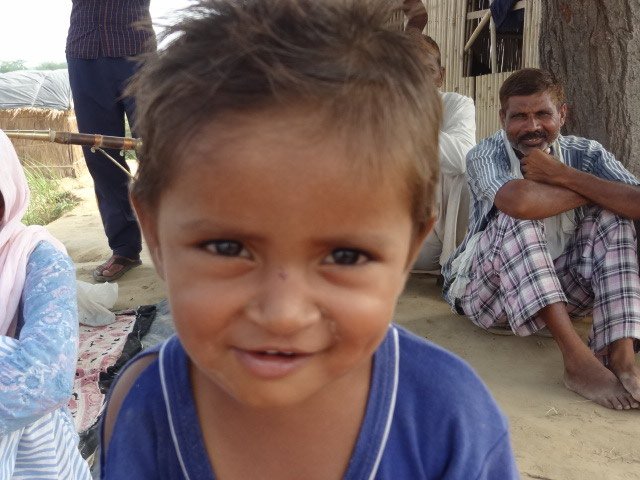 A woman ambles from a distance, elegantly balancing a large bundle of grass on her head, arms overhead, lightly touching the bundle to keep it inplace. We stop to talk to her. Her greying hair juts out from under the dupatta covering her head. Sweat runs down her white tunic, a baniyan that’s usually worn by men.

Gilaudi Gujjar, lives in Ghata Gaon, in one of the houses behind us. “My family tells me not to work. But I have worked since childhood so I want to keep doing it. What else is there to do? We have sold our farm, so there is no kheti ka kaam (agricultural work). So I collect grass in the morning, to feed our two cows. They give us enough milk and there is no need to buy it from the market.”

Vazir lifts the bundle and perches it on top of the stonewall bordering the side of the dusty road. She agrees to be photographed but says she is worried about speaking to people she doesn’t know. Vazir asssures her, that we are not government officials. That seems to relax her and she speaks. 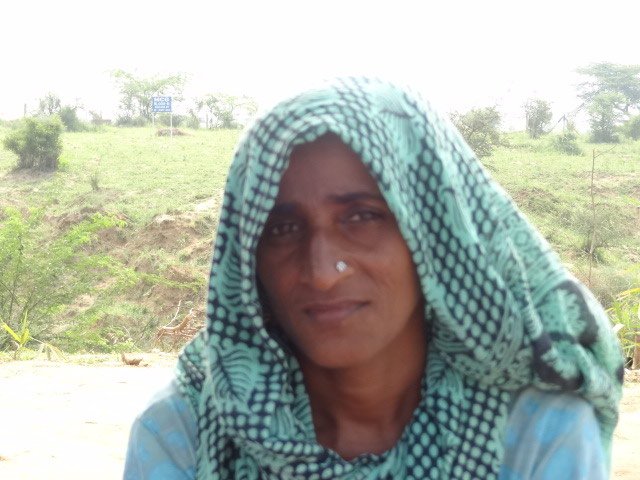 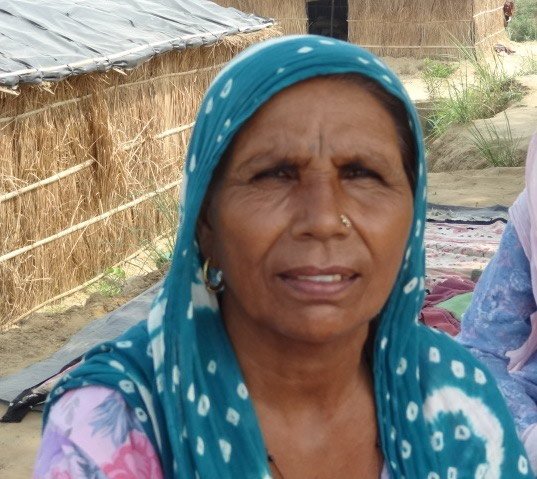 A little further is the land development site, fenced off with barbed wire. A blue board declares – MCG BLOCK-F MAINTAIN BY A.E. (HORT.) MCG – Municipal Corporation Gurgaon. After development, it will be divided into plots and sold. About 150 labourers are distributed across different sites for similar work. The women do the talking while some of the men listen, some stand and smoke. “We dig the ground, pull out unwanted bushes. We have leveled the ground and have planted these trees. Now we water them twice every day,” says Dharmabai who is from Akkavaali village.

Two-year old Krish is the only child in this group. Jyoti, the boy’s mother looks no older than a teenager. While they are on a short break, other women laugh over his antics as the boy poses to be photographed. One woman, Babli Bai interrupts the laughter and says emphatically, “You should take our photos when we are working.” She is the young grandmother of Krish.

Another young woman says she misses her two children she has left behind in the village. “My mother-in-law and father-in-law are looking after them,” she tells us. There is work in the villages too but not enough for everyone in the family. From each family some stay back while some others migrate to the growing urban areas for work. 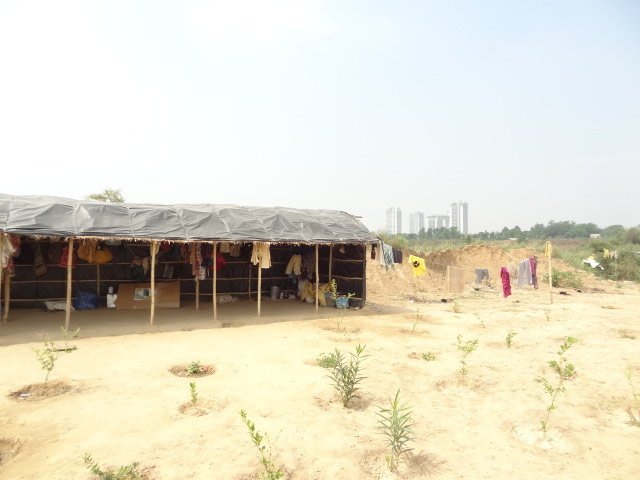 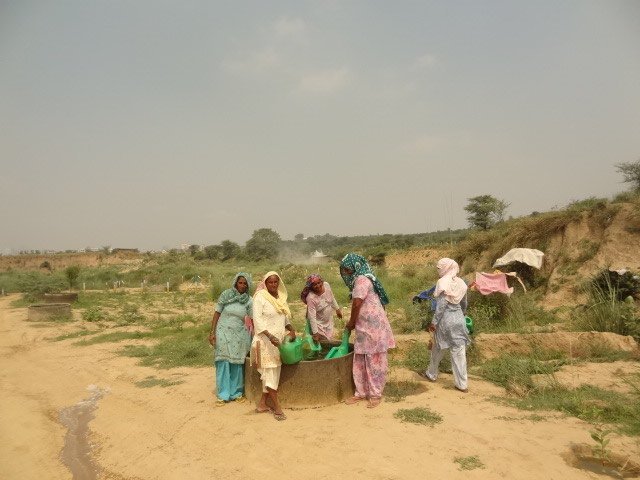 “Atleast we have work here,” says Lacchhobai, who, like some of the older women has left behind her grown up sons, back in the village. “They work there, we work here. We cannot live without work.”

Where do they live now? Lacchhobai points to the low, bamboo structures, with plastic sheet roofs. But there is no cooking done here. “The contractor gives us packed food, twice a day. Roti, dal and vegetables,” she says. Perhaps to ensure they spend more time working or maybe to ensure that they don’t settle down here and make the bamboo structures their permanent homes near the city.

Their short break is over and the women line up to fill the green plastic watering cans from a round, cement water tank. The water is fetched in a water tanker from a johor , an artificial pond, which is filled with water from a bore-well. The pond is normally used as a water source for the cattle in the village. 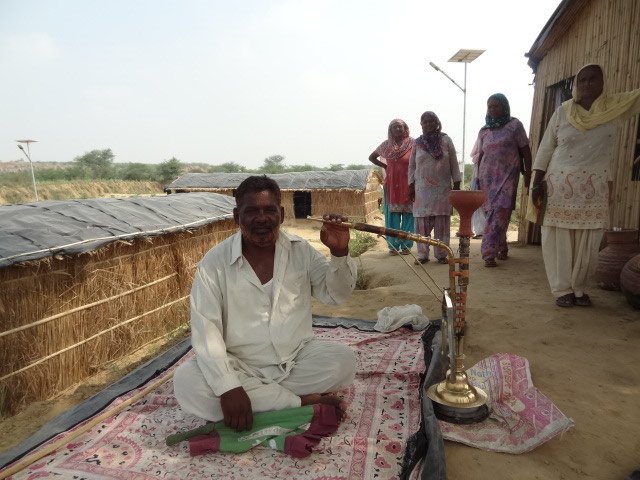 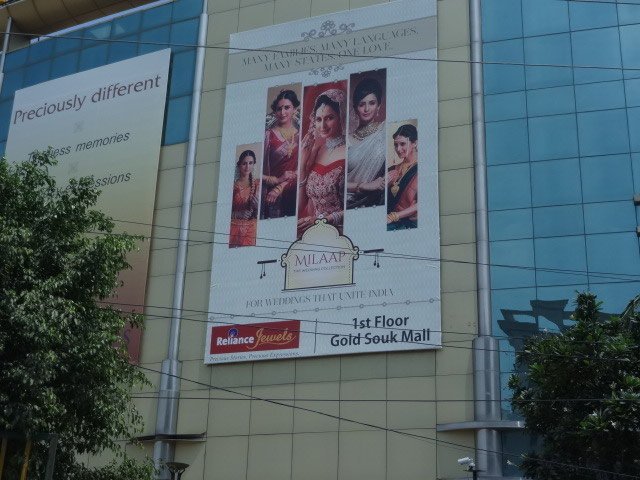 All the women and men are migrant, landless farm labourers from different villages of Fatehabad district. Some are from Akkavali and Bhattu villages of Dohana Tehsil. A few are from Jallopur village of Ratiya Tehsil.

While they are all at work, their thekedar (contractor), sits down on a cotton bedsheet spread over a bamboo mat, his handy smoke, the hukka , stands next to him, its brass polish shining in the sun. He is Nand Kishore from the village Kharkada, Tehsil Barbala of District Hisar.

These migrants are Rajputs who speak Rajputana, a Rajasthani dialect. Fatehabad district in Haryana has been home to them, since the time their families, migrated from Bikaner district along the India-Pakistan border during partition. Today, they live in little door-less rooms without cooking facilities in Ghata Gaon on the outskirts of Gurgaon, leveling lands and raising towers. Ask them about tomorrow and they shrug. “We might return to our villages or we might find some other work here, on construction sites or as domestic help.”

Nobody knows for sure.