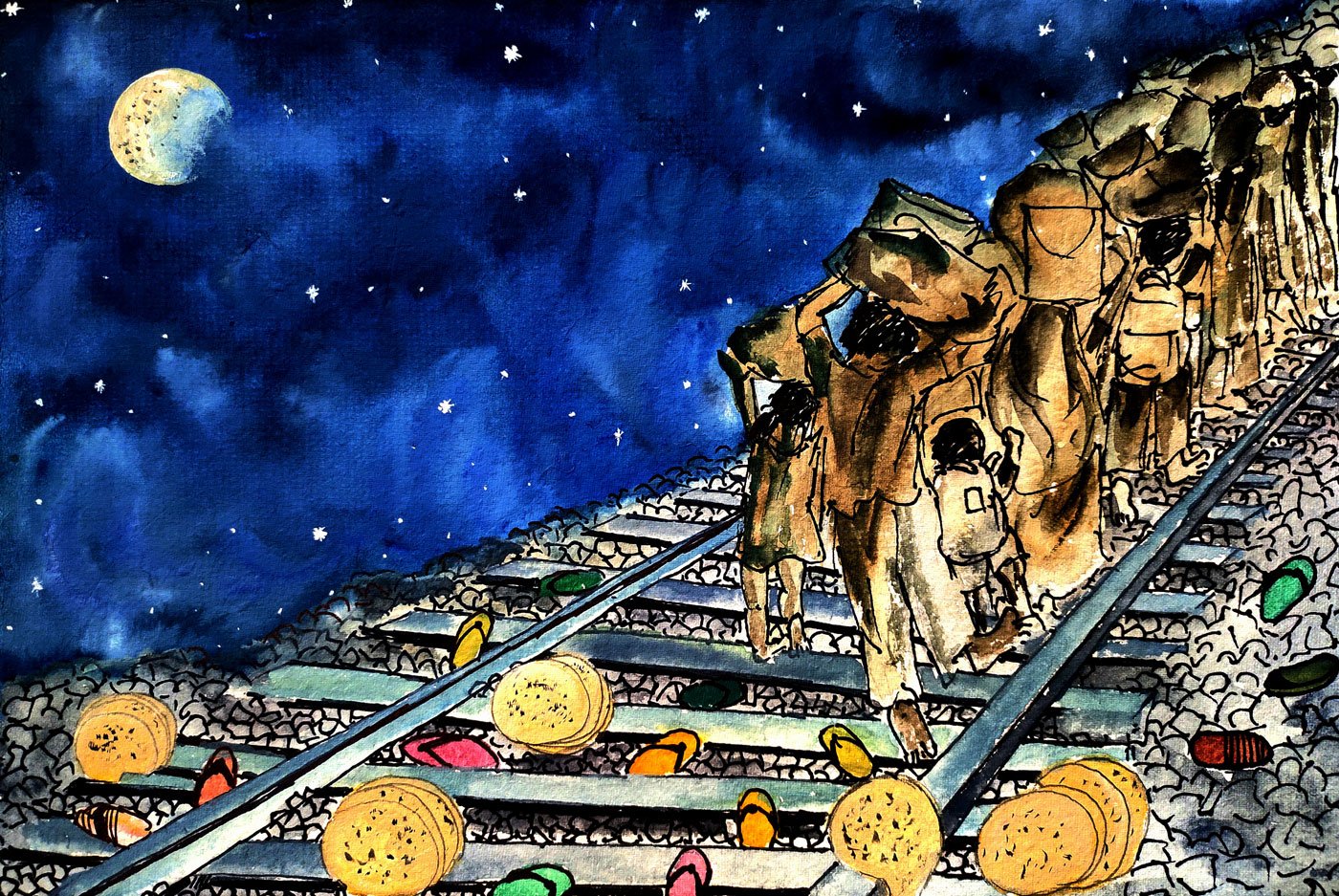 Iron in the migrants’ soul

The tragedy of the 16 migrant labourers run over by a train near Aurangabad, Maharashtra, on May 8, still haunts us. This moving poem and compelling painting remind us of that dreadful incident

It was raining. Chinna was smoking a beedi under a black umbrella, outside my house. The rain flowed like a fountain from the umbrella to the ground. His face was barely visible.

“Come on in Chinna, why are you standing in the rain?”

He took three quick puffs, dropped the beedi , and sat on my verandah, folding his umbrella. His eyes were red, maybe from the smoke. He coughed, looked into my eyes and asked, “Are they allowing people to go back to their homes?”

“No, Chinna, we have to get a special pass from the district collector to go back.”

“Yes, also the other day, 16 migrant workers were run over by a train.”

Chinna stared deeply into my eyes as if I had said something which I should not have said.

He looked down and spoke, “I remember hearing stories from my grandmother about how she, along with my father, came from Thoothukudi to Trivandrum, to find a job, some 65 years ago.”

“She was afraid to travel outside her village, but somehow managed to come all the way here. She had only told us happy stories, or of funny incidents, but now I know what she must have gone through. She’s good at putting on a happy face, always.”

The rain got worse; an ambulance swashed through the flooded roads. “May all the workers reach back home safe,” said Chinna. 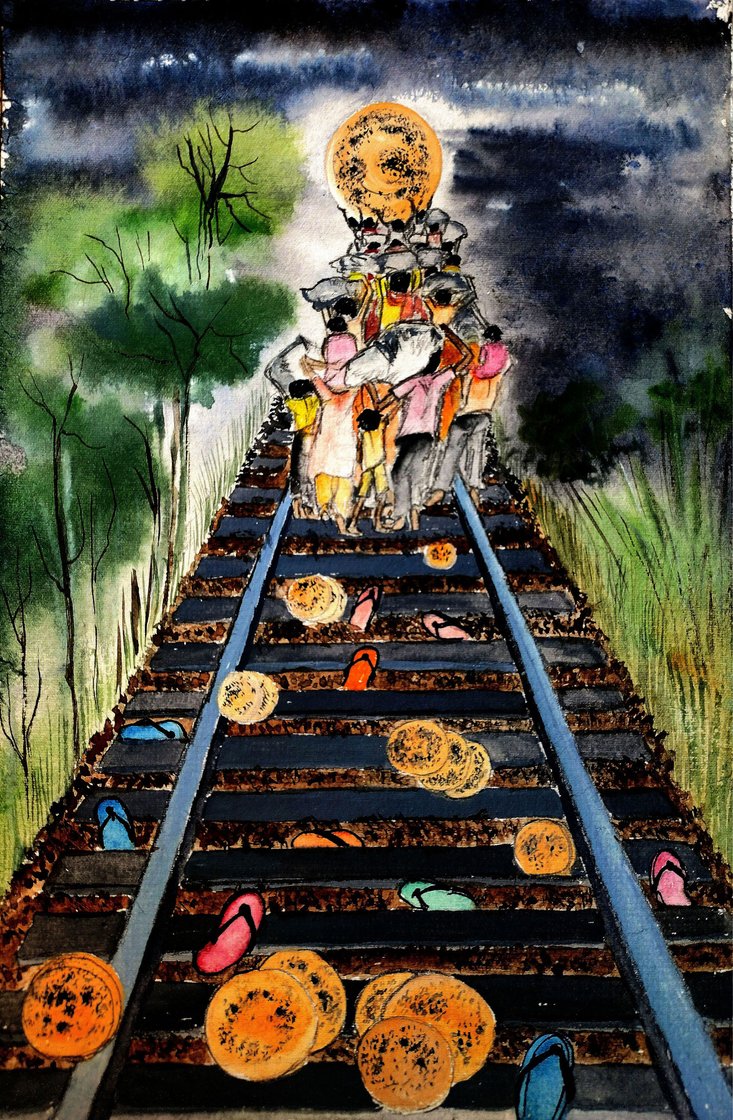 Illustration: Labani Jangi, originally from a small town of West Bengal's Nadia district, is working towards a PhD degree on Bengali labour migration at the Centre for Studies in Social Sciences, Kolkata. She is a self-taught painter and loves to travel.

Through a craggy railway track
marches,
a file of hungry souls.
One behind the other,
stuffed within the metal rods.

Far away is their destination,
still they walk,
as every step,
brings them closer to home.
Bony men,
shrunken women,
all like coaches of a train,
walk with rigour
on the metal tracks.

With some rotis wrapped in sarees,
a bottle of water,
and a strong pair of feet
march
a file of valiant souls.

As the sun sinks,
rises a starless night.
The souls,
tired and languid,
close their eyes,
on the greasy tracks.
Then comes the train
marching,
metal wheels,
on iron and flesh.

On a remote railway track
lies
a row of lifeless souls,
one next to another,
a few steps away from home.