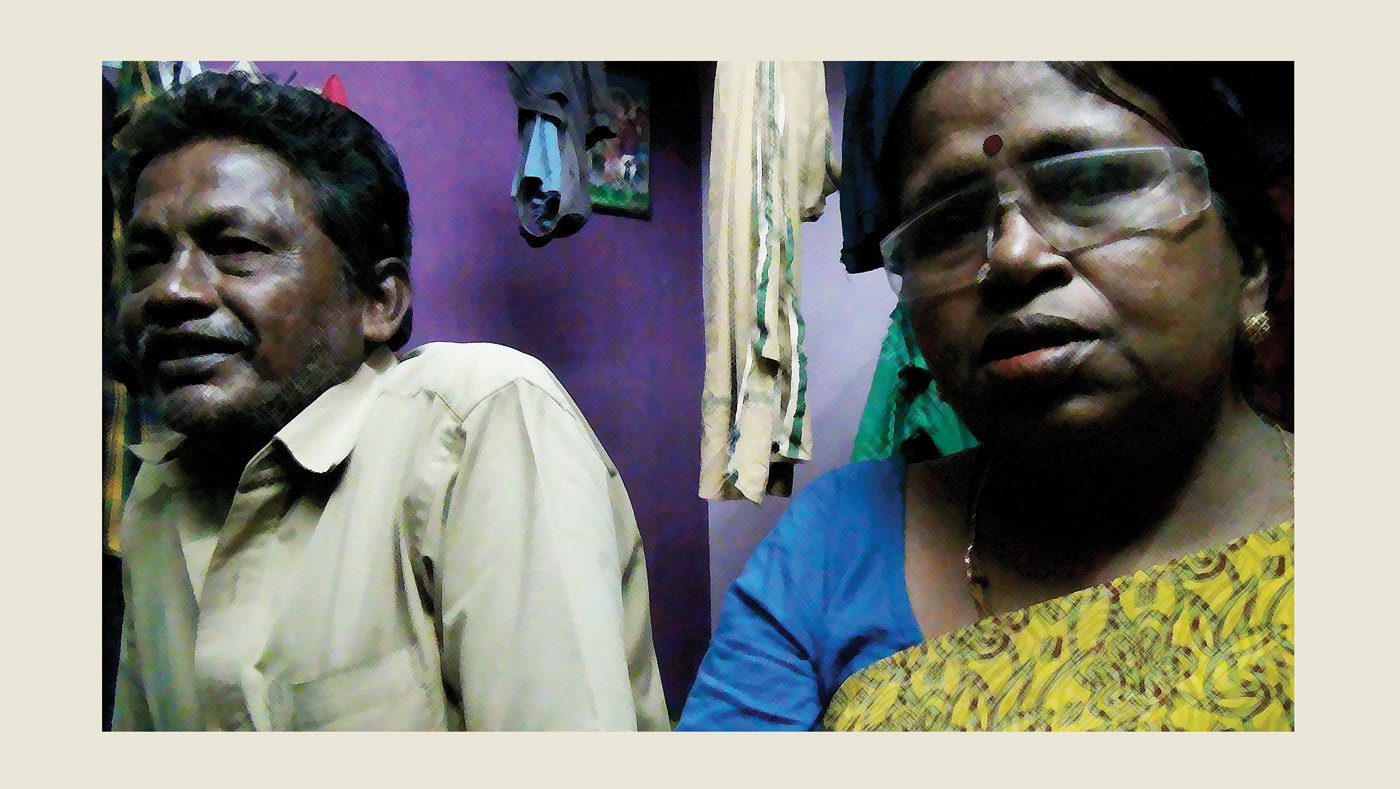 ‘I have been going into this hell for decades’

Mani has spent nearly 30 years cleaning choked sewers, while enduring the stigma of his work and caste. And each time he dives bare-bodied into the sludge and human waste, he wonders if he will come out alive

"If you wear a safety suit, you will be like an astronaut, a municipal officer once told me," says Mani, a 60-year-old conservancy worker in the municipal corporation of Coimbatore, who dives into sewers to clear blockages. "Sir, I told him politely, you try it first, and then I will surely follow."

Mani (he uses only a first name) continues, "In India, if any officer asks us to wear a safety suit and oxygen mask and then enter a manhole or sewer line, he is either ignorant or just mouthing platitudes, because there is no space to move inside. All we can descend in are our chaddis (underpants). They just want to fool us. They do not care because it is our bodies that are in the shit, and they believe our caste was meant to do this work."

Still, Mani takes some pride in his abilities, a product of years of experience, and teaches other conservancy workers how to dive into a manhole and survive the deadly gases. "Everyone these days wants to teach us," he says, "but we know the problems better than anyone. The government must modernise the sewage lines and manholes if the deaths are to stop. All the rest is whitewash."

When he was a child, Mani’s father Subban and his mother Ponni were employed as cleaners at a government hospital in Coimbatore. “We used to live on the hospital campus,” he recalls. “After school, I would go directly to the hospital and help with ECGs, X-rays and even postmortems. They used to pay me 5-10 paise a day for this work back in the 1960s. I studied up to Class 8 and then became a scavenger.”

Mani is a Dalit, from the Chakkliar caste. He left school because his teachers and fellow students would call him thoti, a derogatory term for the scavenging caste in south India, and ask him to sit separately. "They would abuse me because I used to clean dead bodies and shit. Teachers would ask me to sit outside the classroom," says Mani.

Mani’s wife Nagamma works as a sweeper at the district elementary education office, where she earns Rs. 15,000 a month. Her father Nesayyar and mother Kiruba were also conservancy workers, she says. "I studied up to Class 6 in St. Mary's School. It was a missionary school, so I faced no discrimination there, but for the outside world I was an untouchable. Being Christian, I got no reservation, and therefore no job, in the municipal corporation. I was married at a young age and became M. Nagamma, and because it sounds like a Hindu name, I got this government job [as a sweeper].” Nagamma has worked as a sweeper for 30 years and will retire in 2020.

Mani has been at his job since he was  27 years old, and now earns Rs. 16,000 a month; before that, he did the same work as a contract labourer. "In all these years," he says, "my body has got used to the shit. But when I first began, I remember how difficult it was for me to take off all my clothes and enter the sewers only in my underwear. For at least a year, I felt so ashamed, as if I was standing naked on the street. Time and adversity are the best teachers, however. Our caste is our fate, carved into our foreheads. If you are born thoti, you are doomed to shit lifelong. Society will force you to become a scavenger. To escape this fate you need a strong will and family support. We were not able to make that escape, but we have made the way out for our children."

Both Mani and Nagamma want their caste-based occupation to end with them. They were certain they would not see their children suffer the same discrimination. “I had only one dream – that my children should escape this shit, these fatal gases,” Mani says. My wife and I have struggled to make this dream come true.” Their daughter Tulsi is married and works as a product control manager at a garment company, while their son Murthy works in a private company.

Watch video: Mani, along with his wife, Nagamma, talks about the stigma of his work and caste

Mani has promised to demonstrate how he judges the situation inside a manhole before diving in to clear the blockage. The next morning, he calls me to a blocked sewer near the district magistrate's office. He goes behind a truck and comes out only in his underwear. He smiles and says, “I have been going into this hell for decades, but each time I have the same fear – I may not come out alive . Before entering, I close my eyes and picture my daughter's face. Then I dive. She is my lucky charm. At critical times, when it becomes difficult to remove the blockage, I take her name and decide to come out. So far, I have always been saved.”

However, from April 1 to July 10 this year, 39 conservancy workers have died across India in sewers or septic tanks, according to data submitted to parliamentarians by the Safai Karmachari Andolan, a community-based movement working for the elimination of manual scavenging across the country.

As Mani prepares to descend into the manhole, the other conservancy workers open it and light a matchstick to check for the presence of poisonous gases. After they have given the green signal, Mani enters and descends.

What if he does not come out alive? The other conservancy workers seem calm. For them, it is business as usual. I stand there recalling Nagamma saying, "Every day I live in fear. It is very difficult to have a normal life under so much pressure. Mani drinks almost every day. I fight with him about this, but I know it is difficult to do this kind of menial, dehumanising work without getting intoxicated. When I hear about deaths in the sewers and septic tanks, I feel so much pain. I know what it is to be the wife of a diver. No one treats our caste like human beings. We will die with this stigma of caste."

After some time, Mani emerges from the manhole. His body is covered in sludge, waste and shit. He cleans his face with his hand, and his eyes become visible. "This time too I have been lucky," he says.