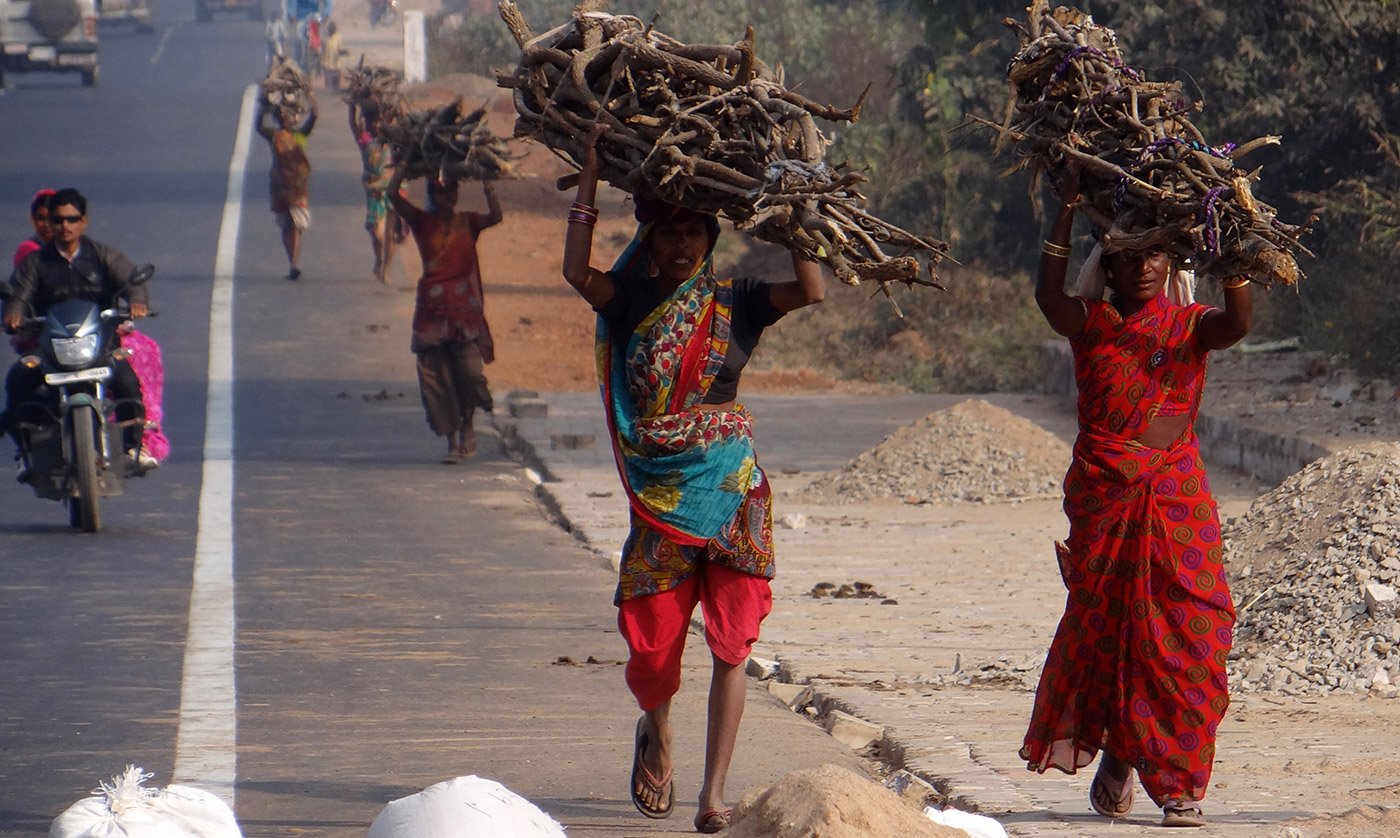 On National Highway 30, you can go from Raipur, the capital city of Chhattisgarh, to Jagdalpur, the district headquarters of Bastar. On this stretch, in Kanker district, is a small town called Charma. Just before Charma, there is a small ghat . Driving down this ghat some weeks ago, I saw around 10-15 villagers, most of them women, returning from the nearby forest with headloads of wood.

They were all from two villages located not far from the highway – Kochwahi in Kanker district, and Machandur in Balod district. Most of them were Gond tribals who work as marginal farmers or agricultural labourers. 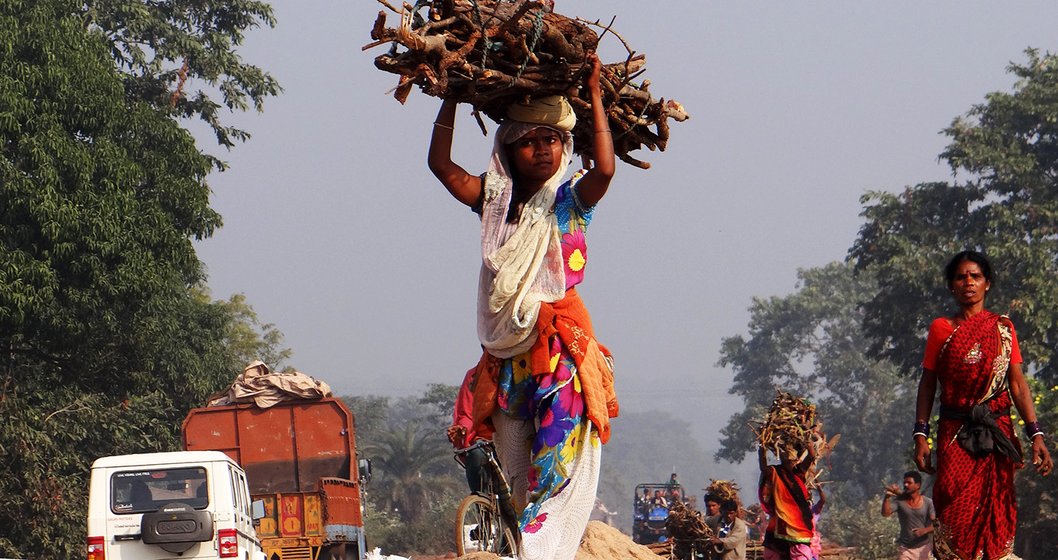 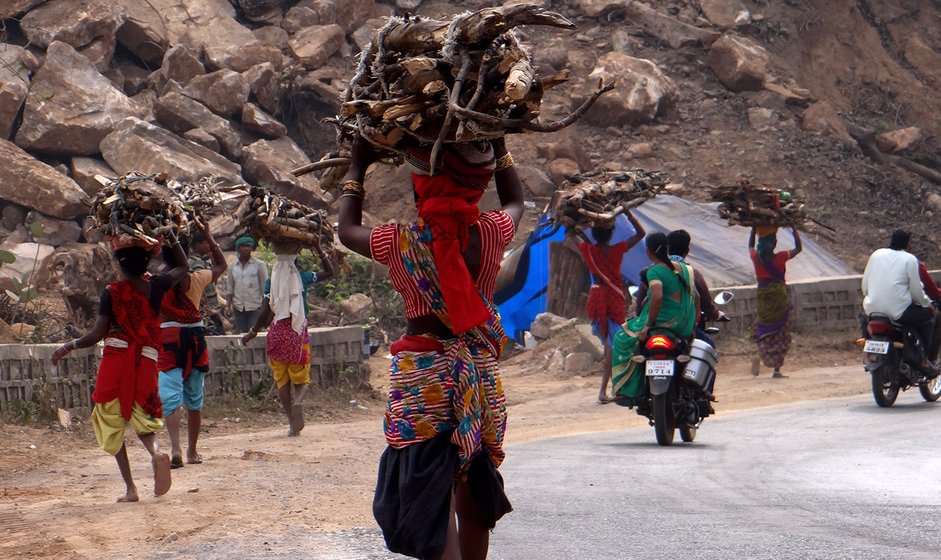 The few men in the group had strapped the wood onto bicycles, while all the women, except one, carried it on their heads. I spoke to them; they said they left home early in the morning and returned by around 9 a.m., usually on Sundays and Tuesdays, after collecting firewood for their homes. 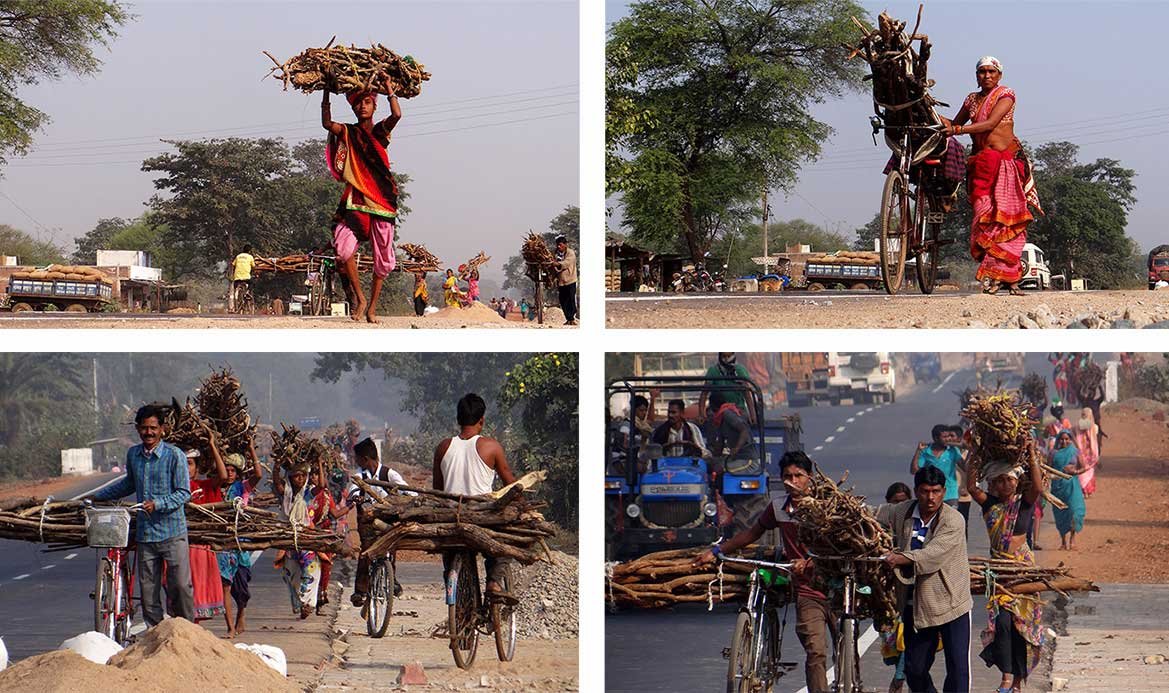 However, not everyone was collecting it just for home use. I believe a couple of them were taking the firewood they'd gathered to the market. Marginalised communities – and they exist in large numbers here – make a few rupees from the sale of firewood. It is one fragile plank of the livelihoods people scrape together in this troubled region.