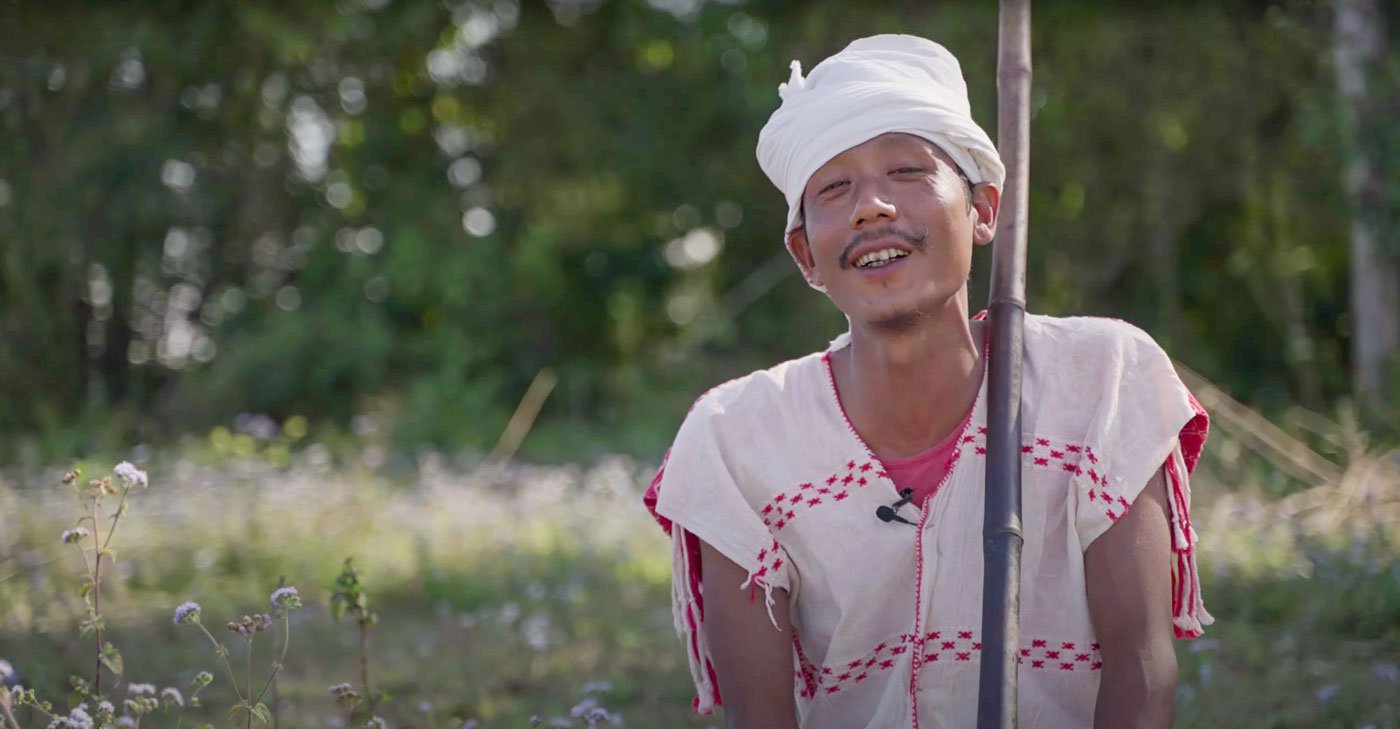 A buffalo herder sings of life and love

Satyajit Morang is from the Mising tribe in Assam. In this video he sings a love song in the Oinitom style, and talks about herding buffaloes on the islands formed in the Brahmaputra river

Satyajit Morang travels across the Brahmaputra’s riverine islands in Assam with his herd of buffaloes in search of grazing grounds. “A buffalo can almost eat as much as an elephant!,” he says and so herders like him are constantly on the move.

He has his music to keep him and his animals company.

Why do I go to graze buffaloes, my dear.

Singing in the traditional Oinitom style of music, he creates his own lyrics that paint a picture of love and longing while away from home and family in the village of Karang Chapari. “We cannot be sure of where there is grass and so we keep moving our buffaloes,” he says in this video. “If we keep a hundred buffaloes here for (say) 10 days, there will be no grass for them after those 10 days. And we will all have to move to a new pasture again.”

The Oinitom style of folk music comes from the Mising community, a tribe in Assam. In state documents, Mising are referred to as ‘Miri’ and listed as a Scheduled Tribe – a name that many in the community say is derogatory.

Satyajit's village lies in North West Jorhat block of Jorhat district in Assam. He has been a buffalo herder since his childhood. He moves between different sandbanks and islands in the Brahmaputra where islands are formed, disappear and appear in the 1,94,413 square kilometres that the river and its many tributaries occupy in the region.

Watch him speak and sing about his life in this video.