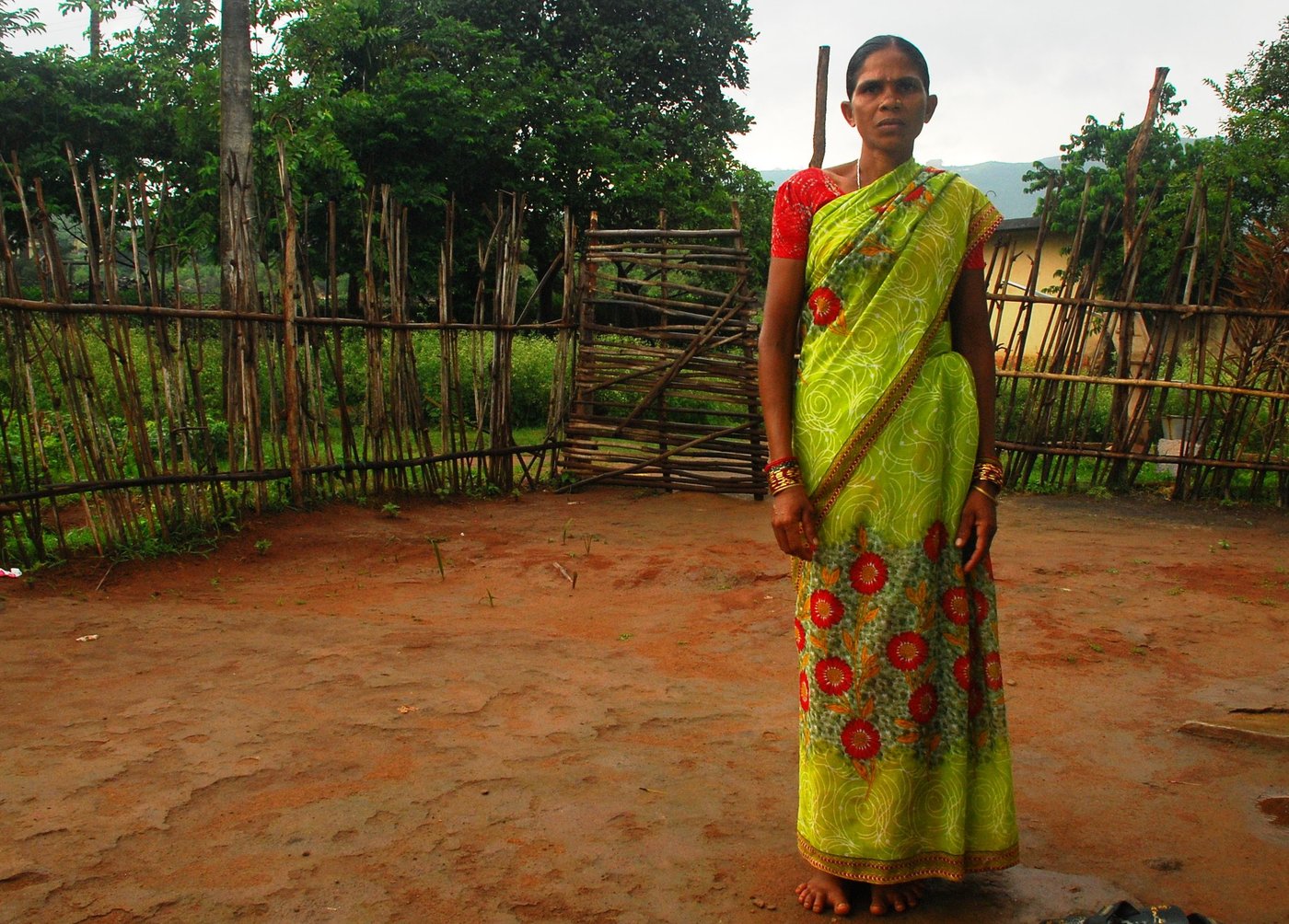 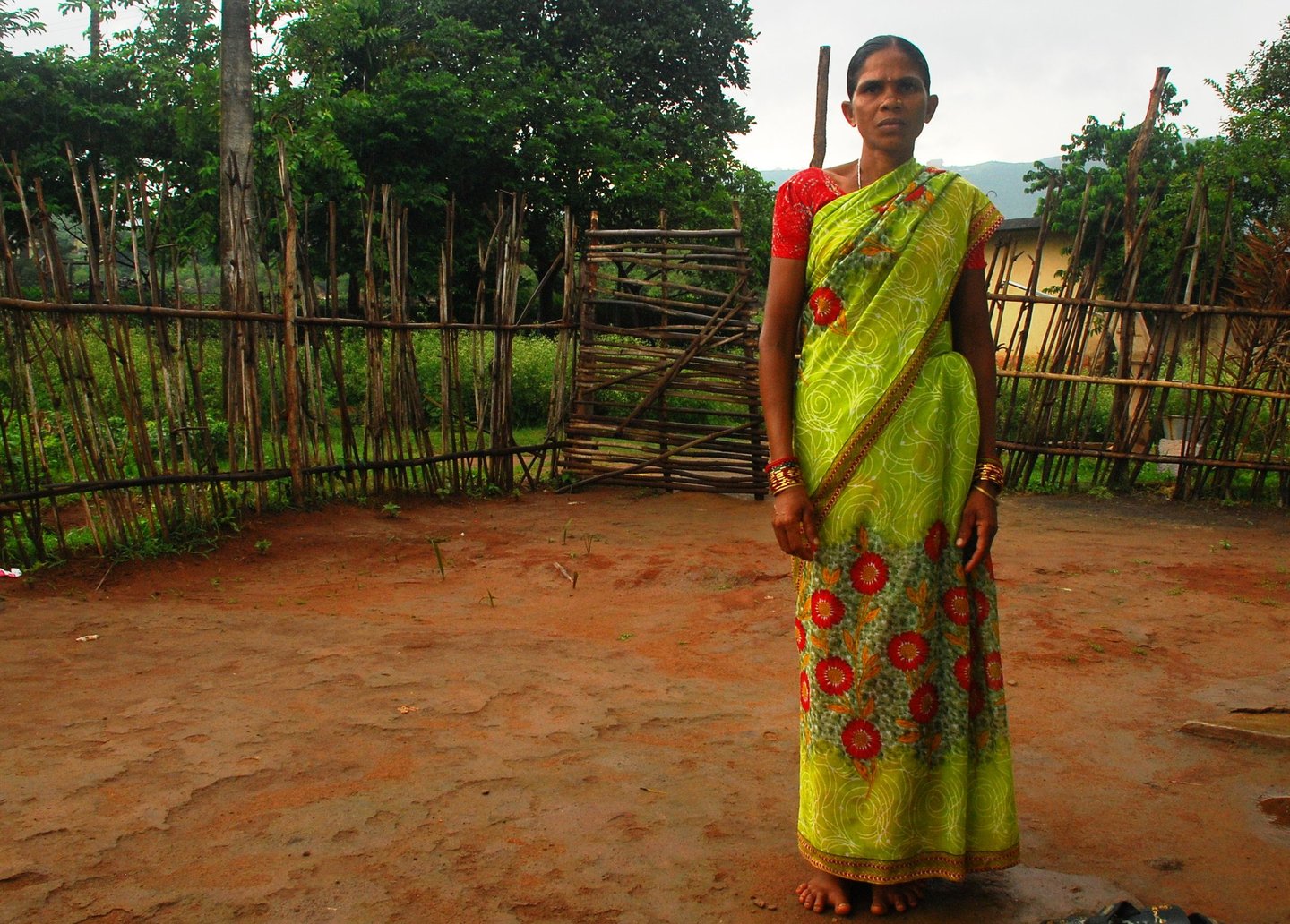 On the evening of May 16, 2010, Vijjobai Talami, the headwoman of Gumiapal village, phoned CGNet Swara, a fledgling mobile phone-based citizen journalism service. Talami provided a firsthand report about what happened that morning deep in the forests of the central Indian state of Chhattisgarh: “The police came and searched our village and burnt our houses and grain. They shot dead two villagers, saying they are Maoists. But they were defenseless people who were killed for no reason.”

Since 2005, Indian security forces have been locked in a brutal civil war with Maoist insurgents in the villages and forests of Chhattisgarh. The conflict has claimed more than five thousand lives already—guerrillas and security personnel, but also scores of anonymous, unarmed villagers whom the state, often presenting little evidence, dubs insurgents. The victims overwhelmingly come from places like Gumiapal, inhabited by India’s culturally distinct and socioeconomically marginalized indigenous communities, known as Adivasis.

Their forests sit atop some of the world’s richest reserves of coal and iron ore. In the conflict zone’s epicenter in the Dantewada district in south Chhattisgarh, trains ferry out iron ore for domestic and international markets, but villages have little access to quality public schools, health care, potable water, or public transport. Industrialization and extraction have brought state-backed dispossession of Adivasis, whose protests are crushed and lands taken under a colonial-era acquisition law.

Official neglect and contempt toward the Adivasis eased the Maoists’ establishment of a “liberated zone” in the forests. The territorial struggle has intensified since 2009, when the central government launched Operation Green Hunt and sent in additional paramilitary troops.

“Seven more of our villagers have been killed by forces in the past few months. One young girl is in prison. We live in constant fear, never knowing what might happen to us,” Talami told me when we met in late July, as she challenged the official line that the victims were insurgents. But narratives like that are impossible to find in Chhattisgarh’s expanding media, made up of more than a dozen newspapers and half a dozen television news channels.

There are multiple reasons for this vacuum: Adivasi villages can be isolated and located in the conflict zone, making them hard for journalists to reach; the Adivasis’ millennia-old languages lack a written script and are spoken by few outsiders; and newsrooms rarely hire Adivasi journalists due to their marginalization and low levels of literacy. But more damaging are individual journalists’ fear of retribution, and the mainstream media’s news values, shaped by a deepening alignment with Chhattisgarh’s political and economic elite.

When Shubranshu Choudhary, a former BBC producer, returned to his home state of Chhattisgarh in the midst of the civil war, he was troubled by the absence of the Adivasi in the state’s media. “I thought the Maoist rebellion was in many ways a failure of communication, since there were no spaces which truly reflected the Adivasi’s problems and concerns,” Choudhary says.

As a Knight International Journalism Fellow in 2009, Choudhary began scouting for inexpensive technologies that might support a grassroots platform where the Adivasis could share their own stories. In the forested villages, where there are few televisions and newspapers aren’t distributed, Choudhary reasoned that the outlet would have to be voice-based, which would allow universal access and build on Adivasi traditions of oral expression. Villagers who contributed would not encounter editorial gatekeepers; there would only be a set of trained moderators charged with fact-checking postings to the extent possible.

India’s cellular boom—and continuing restrictions on news content on private FM radio stations—drew Choudhary to a phone-based platform. In February 2010, he launched CGNet Swara, a word that means “voice” in many Indian languages. Today, villagers use cell phones (available in rural India for 1,000 rupees—about $20) to call Swara and post their news, and listen to others’ contributions. The content is also posted on Swara’s website.

“The idea was to make the medium as simple as possible, so that the villagers could use it, own and define it for themselves,” says Bill Theis, a Microsoft researcher based in Bangalore who helped develop the service’s technology.

CGNet Swara gets between ten and fifteen audio contributions each day, typically releasing about five. The most poignant, like the posting narrated by Talami, give news of extra-judicial killings of hitherto anonymous Adivasis. But the majority narrate either everyday abuses by unaccountable public institutions, or ongoing or potential dispossession. For example, on July 16, Bindeshwari Painkra called to report that village workers had been waiting three years to be paid by a state-run rural employment program.

And on July 28, Savita Rath reported on a rally in the coal-rich belt of northern Chhattisgarh, where residents were protesting a mining company’s move to acquire their land and the incarceration of a village activist.
Rath says it is inconceivable that information like hers would appear in the mainstream press. A regular CGNet Swara contributor, she is grateful for the new outlet, even if it offers only a small counterpoint to the journalism regularly practiced in the region.

Despite a proliferation of outlets, Chhattisgarh’s reporters work under compromised conditions. Arvind Awasthi, president of the 2,500-member Chhattisgarh Working Journalists Union, estimates that more than 70 percent of the state’s journalists do not get a regular salary. Instead, their pay is dependent on selling advertisements and boosting circulation. “I was hired on the condition that I get advertisements of twenty thousand rupees each month. Of this, three thousand rupees would be my salary,” said a former journalist who requested anonymity. “If I fell short, my salary would fall accordingly.”

“In such conditions, the independent journalist is a myth,” Awasthi said. Poor pay ensures that few have the resources to travel to verify official claims. Being forced to sell ads renders journalists wary of aggressive reporting.

L. Mudliar, a journalist who has worked in the region for three decades, was once approached by twenty-seven villagers after one of India’s largest mining firms, the National Mineral Development Corporation, acquired their land in exchange for paltry compensation. “The villagers had supporting documents, and my reporting proved their claims were true,” said Mudliar. “But the editor refused to carry the story, saying NMDC would withhold its full-page advertisements.”

The press’s link to big business can be more direct. Two leading Hindi newspapers in the state, the Dainik Bhaskar and Haribhoomi, are part of companies with stakes in local power plants and coal mining. When the Dainik Bhaskar group held a mandatory public hearing in a town it proposed displacing along with six villages for a coal mine, national newspapers reported total public opposition and many angry questions. But the following day’s edition of the Dainik Bhaskar falsely claimed unanimous support.

The economic entanglements pale when compared to the mainstream press’s allegiances in the civil war. Salman Ravi, a BBC journalist who has covered the rebel movement for twenty years and who moved to Chhattisgarh last year to report on it full time, said most media unabashedly back the state: “I was shocked to see reporters heckle peace activists at press conferences. The language of conflict reportage is extremely partisan, filled with pronouns like ‘we,’ where the publication openly identifies itself with the state or the security forces.”

On July 29, reports in multiple newspapers, based solely on press handouts and written in near-identical language, typified how journalists rarely question official claims that someone is a Maoist insurgent. One read:

In a commendable joint action of District Police Force, three rebels were successfully nabbed on Thursday. . . . On thorough interrogation, the rebels (aged between sixteen and twenty-two) confessed to their crimes.

The stories made no attempt to ascertain the perspective of the families of the three young Adivasis, or that of the village from which they hailed.

It is equally difficult to report on Maoist excesses, like killings of suspected police informers. The rebels have a tightly controlled party line, and the leadership engages with the media on its own terms, restricting travel in villages under their control. On June 1, the party wrote an open letter arguing that the concept of neutrality does not hold in a class war.

“The rebels believe that a journalist is either a voice of the oppressive state, or of the poor, whom the Maoists represent,” BBC's Ravi said. “I believe that it is my job to report on all sides. But that is unacceptable to them.”

In this climate, some journalists have paid a heavy price. In the middle of 2005, troops and a vigilante group began deploying scorched-earth tactics, burning more than six hundred Adivasi villages in hopes of rooting out the guerrillas. The campaign went largely unreported in Chhattisgarh’s media. That September, Kamlesh Painkra, an Adivasi journalist, wrote a story for his Hindi newspaper, Hindsatt, on how vigilantes had torched a village called Mankeli, forcing its residents to flee. The story attracted the attention of national civil rights groups that soon dispatched fact-finding missions.

Irate local officials repeatedly pressured Painkra to retract the piece. “The vigilantes would call me at night and detain me outside a makeshift center, where I could hear inmates being beaten and tortured,” Painkra said. When Painkra resisted, he said his newspaper’s owner was forced to fire him. He abandoned journalism, and now works as a health educator for Doctors Without Borders. “It is very difficult to swear by concepts like justice and truth in one’s journalism,” said Painkra. “I could not do it.”

Mangal Kunjam is attempting to do so. The twenty-year-old idealistic newspaper reporter is an occasional contributor to Swara, and a rare Adivasi journalist in the state’s mainstream media. His knowledge of the local geography, and of the Adivasi language and culture, has helped him cultivate a network of sources in the villages, though not without risk. “The police have told me that if I am ever reporting in a village where they happen to come on a search operation, it might be the end of me,” Kunjam told me. He said he carries on despite the intimidation because he feels educated Adivasis like him were duty-bound to report on his community’s problems.

Choudhary, CGNet Swara’s founder, acknowledged that given the current environment, the outlet offers only a small step toward democratizing the media for the Adivasis. “The big challenge remains: How do we reduce the power of money and increase the power of people in Chhattisgarh’s journalism?”

This feature was originally published in The Columbia Journalism Review in September 2011, and can be accessed here